In Search Of Lost Breaths

A lifelong struggle with asthma profoundly influenced the art of Marcel Proust, author of In Search Of Lost Time.
asthma 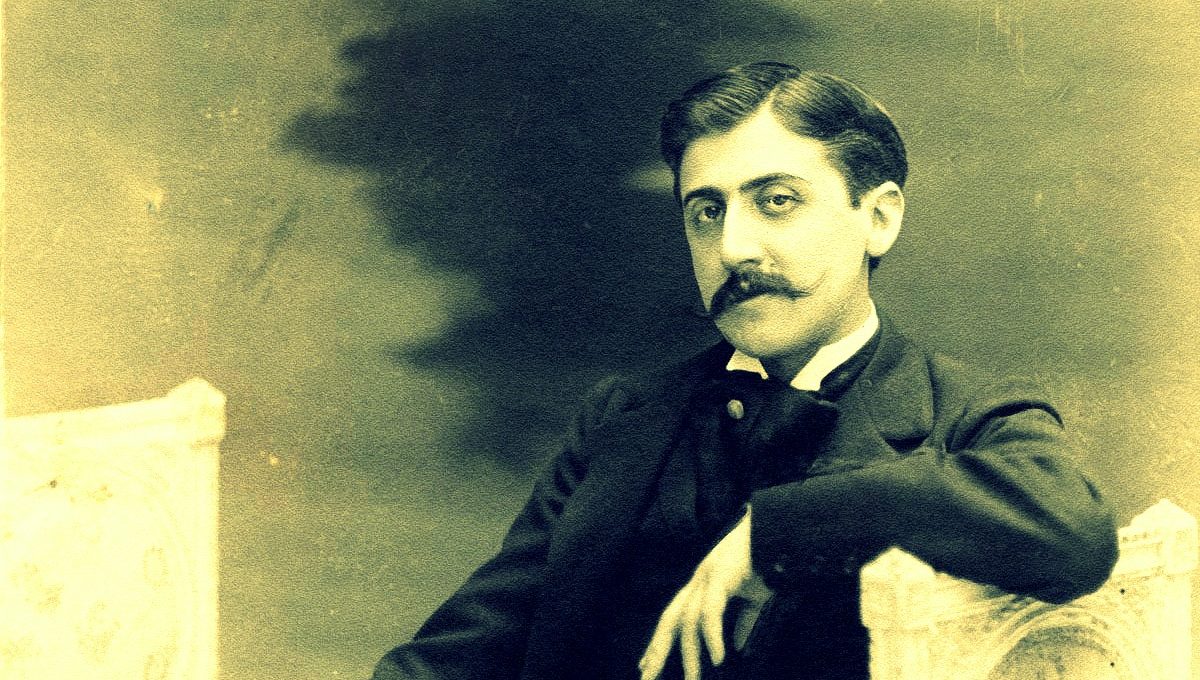 A lifelong struggle with asthma profoundly influenced the art of Marcel Proust, author of In Search Of Lost Time.

A thick beard masking his sunken cheeks, the dying 51-year old Marcel Proust sat in his bed, propped up by pillows, covered with blankets. Sleeping during the day, and working at night, in a room with cork-lined walls to stifle noises, Proust was working on the page proofs of the fourth volume of his one-and-a-half-million word novel À la recherche du temps perdu, or In Search of Lost Time.

The autobiographical novel depicts an unnamed “narrator” who, like Proust, lived a comfortable life, hobnobbed with aristocrats, was a writer, and suffered from asthma. This illness affected Proust deeply, and, in many ways, helped forge his way of looking at the world, and his way of writing about it.

Critics have suggested that Proust’s writing was directly affected by his asthma. Proust is known for his very long sentences, the longest being 847 words. As if, perhaps, he was afraid that if he stopped, he might never draw another breath. Walter Benjamin, in The Image of Proust, said that the author’s asthma “became part of his art – if indeed his art did not create it. Proust’s syntax rhythmically and step by step reproduces his fear of suffocating.”

Proust’s syntax rhythmically and step by step reproduces his fear of suffocating.

Marcel was stricken with his first asthma attack at the age of nine when walking with his family in the Bois de Boulogne on the edge of Paris. He suddenly began gasping for air, suffocating; nearby, his parents watched in horror, unable to help him. Even though his father, Adrien, was a doctor, there was nothing one could do for asthma attacks in 1881. From that day on, Proust suffered from severe asthma and lived in terror of further attacks.

The young Marcel was afflicted by both hay fever and asthma, then considered diseases of the rich; only the well off suffered from them. Modern research suggests that these conditions can be caused or exacerbated by excessive hygiene (the “hygiene hypothesis,” which suggests that excessive cleanliness causes our immune systems to overreact). Proust’s father Adrien was a hygienist, who wrote books about public hygiene, and defending Europe from cholera and plague, and who believed in the power of long walks and strict regimens to maintain health.

A look at Marcel Proust’s manuscript for In Search of Lost Time.

Marcel was subjected to the treatments of the time, in an attempt to desensitize him to pollen. One of these was nasal cauterization, which he underwent more than one hundred times. After these painful treatments had been completed, he was told that he could go to the country and would be free from the symptoms of hay fever. He did so, and as soon as he neared some blooming lilacs, suffered a severe asthma attack, with his hands and feet turning blue until he was returned to Paris.

Asthma was poorly understood at the time, and was thought to be a purely psychosomatic illness. While stress may trigger symptoms in one who already has asthma, and may also exacerbate attacks, they are not the cause of the disease. Proust was branded as having “neurasthenia,” a catch-all diagnosis for those with diseases doctors didn’t understand, including fatigue and depression. Proust became a textbook hypochondriac, suffering from a palette of symptoms affecting his breathing, his stomach, sinuses, bowels, and joints. But he documented them in detail in his massive correspondence, and it seems now, in hindsight, that his illnesses were real, and serious. For example, in 1900, he wrote to his mother that he suffered “…an attack of asthma of unbelievable violence and tenacity-such is the depressing balance-sheet of my night, which it obliged me to spend on my feet in spite of the early hours at which I got up yesterday…”

A sensitive child to begin with, Proust became more insecure as those around him suggested that the asthma was just in his head, that he merely craved the tenderness of his mother. One of the earliest scenes in his novel describes an evening when the narrator was unable to sleep. Charles Swann was dining with his parents, and the boy couldn’t sleep unless his mother came to kiss him goodnight. Proust’s illness led him to adapt his life to avoid symptoms, but it also helped him become hyper-observant. He didn’t shun society, but when he did go out, he acted like a sponge, recording, in his mind, every event, every person’s expressions and words, so he could create his characters.

Asthmatics often sleep poorly, and have attacks at night; Proust was no exception. He shifted his schedule so he slept during the day and worked at night. And he complained of other ailments as well: joint pain, digestive issues, fevers, and more. Long seen as just a hypochondriac, Proust may have suffered from more than just nerves. Researchers have suggested he may have had Ehlers–Danlos Syndrome or Familial Mediterranean Fever, both hereditary illnesses, neither of which could have been diagnosed at the time.

Proust smoked stramonium cigarettes like these, which were (ludicrously) believed to help cure asthma during his lifetime.

Doctors were of little help to him – he mocked their incompetence in his novel – and Proust self-medicated his asthma, drinking large quantities of coffee, smoking stramonium cigarettes and inhaling fumigation powders that were believed to help clear the lungs, and taking laudanum (an opiate) and veronal (a strong barbiturate) to sleep. The latter was once almost fatal to him, when he, or a pharmacist, once miscalculated the dose, and he took ten times what he should have.

Proust’s weakened lungs eventually failed him. After a night out at a chic party – he was always worried about catching a chill, and did so on this evening – he developed bronchitis and then pneumonia. Several weeks later, the labored breathing he had struggled with for most of his life ceased.

Of course, Proust’s work has since proven to be immortal. In Search of Lost Time is widely hailed to be a masterpiece, while Shakespeare scholar and literary historian Harold Bloom has called Proust one of the great authors of all time. His style and his art, though, were so heavily influenced by his lifelong battle with asthma, it’s possible that if Proust had been born with healthier lungs, he might not be remembered today. Could there be a more profound testament to how our conditions shape us? 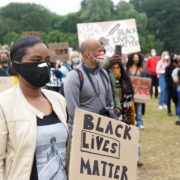 Black, Disabled, and Protesting In America
Danielle Broadway
The Celiac Chef With Grease In Her Bones

Queen Of The Real-Life Furiosas
Don’t miss one more amazing story.
Every week, we’ll send a few of our favorite stories to inspire you.
Send this to a friend
Scroll to top