Even with brain damage, Megan Andelloux has a real knack for getting people to talk about uncomfortable things.
brain damagedeathdementia 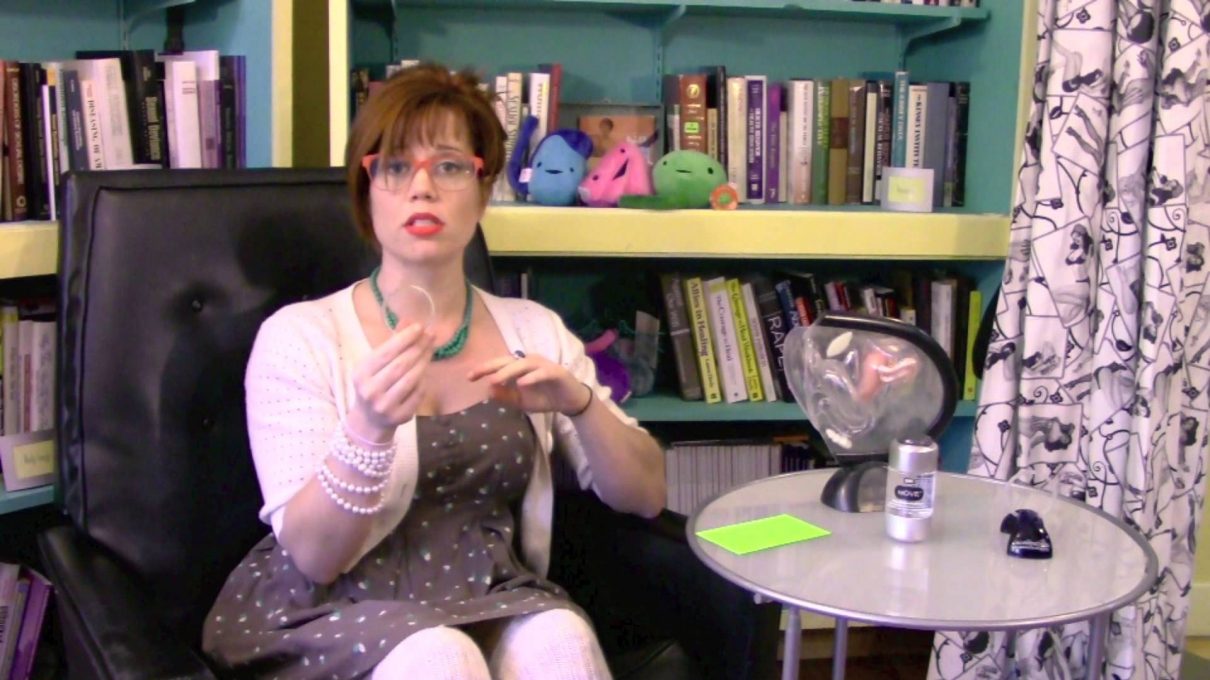 “When I do something, I do it until I kill it.”

Her whole life, Megan Andelloux was the most self-assured person in the room. As a college student, her friends–sensing her confidence–would come to her, asking questions about sex they were embarrassed to admit they didn’t yet know the answers to. Embracing the role, Megan went on to make sex education her career, working at Planned Parenthood for eight years, and eventually founding the Center for Sexual Pleasure and Health (CSPH), an organization dedicated to reducing shame around sexuality.

Yet when Megan began exhibiting symptoms of a mysterious brain disorder in 2015, she found herself at a loss for the first time in years. For someone who has spent her life being the most self-assured person in the room, her current situation has forced her to face uncertainties both about her future as a sex educator, as well as her own mortality.

Luckily, Rhode Island-native Megan Andelloux, 41, has always been interested in the subjects that others swept under the rug. 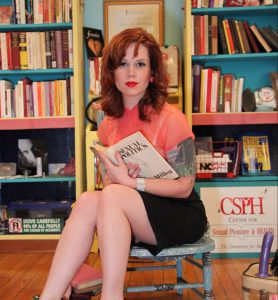 Megan Andelloux has spent her whole life educating people about subjects others sweep under the rug.

She jokes that she began her career in sexual education to spite her parents, who never spoke to her about sex. In Mitchell College, she found that while all of her friends had the same sex questions–from how to use sex toys to how have sex without pain–no one was asking them openly. Instead, they came to Megan, who at the time was studying Marine Biology. Friends came to her feeling lonely and scared because they felt that they couldn’t talk about their sexual experiences, whether violent, intimate, or awkward in nature. Megan understood; she had felt the same way herself after being sexually assaulted a few years prior. At that time, she was encouraged to keep the assault hushed, which only isolated her. So she made it her mission to make sure her friends had the support she felt was denied her.

By the end of freshman year, with so many friends coming to her, Megan got the hint: she switched to a Human Development and Family Studies major, with a minor in human sexuality. After completing a B.S. in that department at University of Rhode Island, she joined Planned Parenthood, lectured at Ivy Leagues from Harvard to Princeton, became director of education at a feminist sex shop, and even wrote her own book, Hot and Fast, which aims to unstigmatize the quickie.

But in 2015, Megan’s career as a sex educator evolved into something more profound: end-of-life education and care.“I really thought sex education was the Wild West for a career. Nope,” she says. “The end-of-life thing makes sexuality education look like becoming a kindergarten teacher.”

I really thought sex education was the Wild West for a career.

Through her work, she began meeting with patients who had breast cancer, often terminal. She felt a sense of familiarity with the patients she was meeting. Megan says: “I had created a lesson plan for the women with cancer asking them, ‘Who did you tell when you first had sex? Who did you tell when you first found out you had cancer? What were the similarities in terms of choosing in whom to disclose? How long did you wait?” She discovered “there’s a lot of overlap” between sex education and death-related education.

One of Megan’s fascinations is consent, a topic that has gained lots of popularity with regards to sex. When she began working with dying people, she realized how our framework of consent could not easily be applied to people with brain damage, because partners cannot know for sure if they are in the state of mind to be giving consent. She also recognizes that proper communication about sex or death can often be left until the last moment, when someone is already dying or having sex– if any conversation happens at all.

Perhaps her sudden interest in death and illness was her body trying to tell her something: around the same time, she began to notice changes in her mental state. She suddenly had trouble with numbers and remembering dates,  occasionally showing up to events on the wrong day. Long emails became more difficult for her to read. Finally, after not being able to read a plane ticket or understand where she was, Megan decided to go see a doctor. 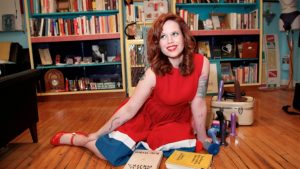 With brain damage herself, Megan now concentrates her studies on the places where sex and death intersect, like issues around consent.

She waited. The tests came back without clear results. Using verbal and spatial tests, her doctors were able to map the changed behavior and place the damage within her frontal and temporal lobes, but “it’s not something that can be seen on a scan.” While Megan does not have an official diagnosis, her symptoms are similar to someone who has dementia, so she finds community in dementia and Alzheimer’s groups, both online and in-person.

In 2015, Megan went on medical leave from her work at CSPH to focus on her brain. By then, she was very involved in her volunteer work as at a local hospice. Despite close daily reminders of her own mortality, she found that volunteering to care for the dying “was a way to try to give back and not just take up space.”

She spent three years working with doctors to try and find an answer, but by the beginning of 2017, she decided she couldn’t work with them anymore. “If I [kept] going down this road,” she says with a sigh, “I might not [have survived] it. Just continuously going and looking for an answer just became exhausting.”

“[My partner and I] went through a long period where we would be like, #braindamage…”

With her brain damage worsened, and on perpetual leave from the medical world, Megan now aspires to be an end-of-life doula. It’s a role with a surprising intersection with sexuality: as people get closer to death, they begin to lose many of their inhibitions about sex, especially if they have brain damage.

“A lot of times within the literature, [experts will] talk about hypersexuality,” she says. After being in the [dementia and Alzheimer’s] communities I don’t think that this is hypersexuality. I think that the social appropriate filters disappear and we’re actually just seeing what people are thinking.”

Even though Megan has to some extent cloistered herself off from sex education, she plays a vital role within her new communities, talking about sex openly, just, as she has always done in the past.

The problem with both death and sex, says Megan, is that people don’t view them as parts of their lives, but taboos that need to be shied away from. It reinforces stigmas about two of the most natural things in the world, everyday parts of our lives that should be examined and embraced.

That’s why, when she dies, Megan wants to give everyone at her funeral a sex toy, “with the caveat that they have to put it somewhere obscure in their living room so when guests come over…maybe they will see it out of the corner of their eye.” If the guest mentions it, she hopes her friends and loved ones will say: that’s in honor of Megan. She had a real knack for getting people to talk about uncomfortable things. 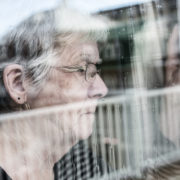 Ask Ada: My Mother With Dementia Thinks I Abandoned Her
Ask Ada
Finding Out I Had Sleep Apnea Was The Best Thing That Ever Happened To Me

Why Facebook Diets And Chronic Illness Don’t Mix
Don’t miss one more amazing story.
Every week, we’ll send a few of our favorite stories to inspire you.
Send this to a friend
Scroll to top