How Marfan Syndrome killed my music career, replaced it with a writing career, and helped me see the connective tissue flowing through everything.
Marfan Syndrome 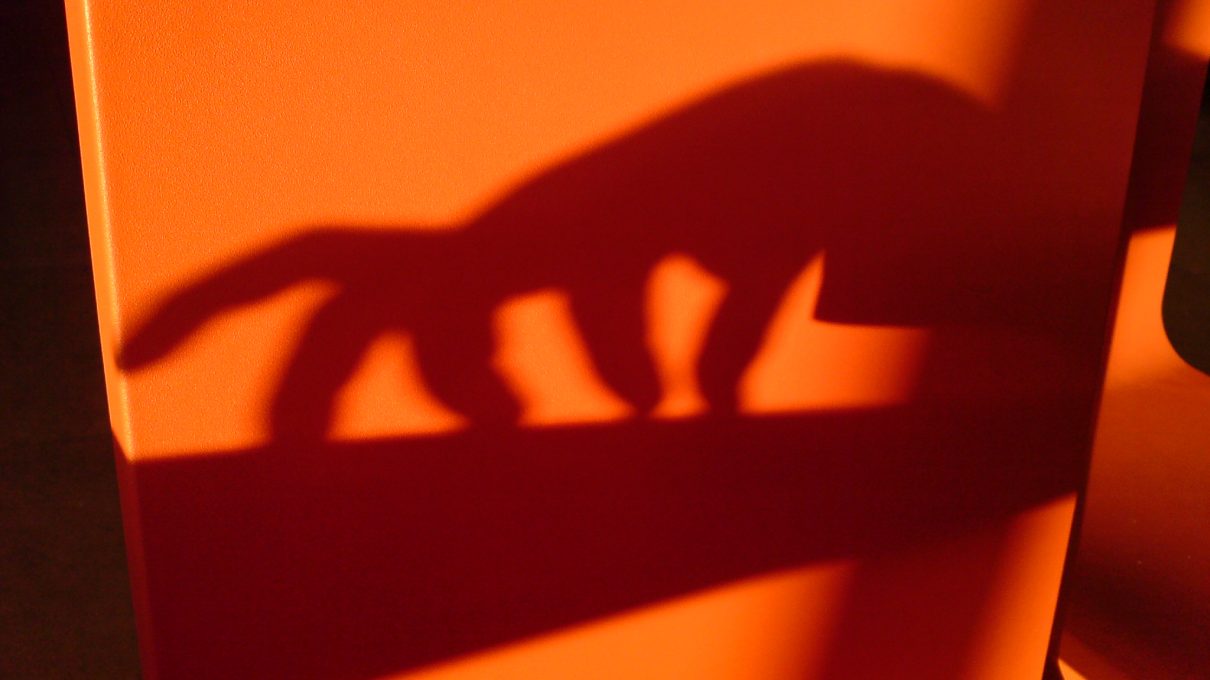 “You have spider hands,” the doctor said.

Known formally as arachnodactyly, it was the thin, elegant structure of my hands that—along with the abnormal curvature of my spine, and my generally compromised immunity—lead to me being diagnosed with Marfan Syndrome when I was 15.

From that moment on, my relationship with myself, my illness, and the world have been reflected by what I do with those long, delicate fingers; those slender, hard-working spider hands that, through Marfan Syndrome, transformed me into a writer.

Marfan Syndrome is a connective tissue disorder. According to the Marfan Foundation, signs and symptoms include long arms and fingers, a curved spine (otherwise known as scoliosis), a chest that sinks in or sticks out, overly flexible joints, flat feet, crowded teeth, and inexplicable stretch marks appearing on the skin. The syndrome often results in vision problems, asthma and sudden lung collapse, as well debilitating heart problems, the most serious and fatal of which is aortic dissection: a literal tearing apart of the tissue layers in the heart. 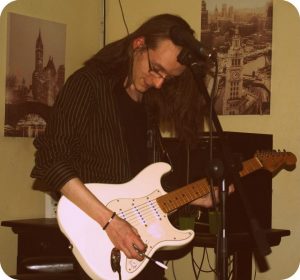 Luckily, I’ve yet to have an aortic dissection, but many of the other symptoms of Marfan applied to me, including scoliosis. Over the years, in fact, I had several Marfan-related surgeries. Despite that, though I ignored my symptoms best I could for several years after diagnosis. But part from the checkups and occasional surgeries, I acted as if the syndrome didn’t exist.

Then I turned 19. Precocious, I’d built up a budding career as a professional live guitarist playing the local blues circuit, but the pain in my back had been worsening. We were just about to line up some new gigs when a sudden nagging cough and chest pain made me stop. After a thorough check and an MRI, the doctor’s bad news hit hard. My back was degenerating, and I was told I soon wouldn’t be able to pick up anything heavier than a bottle of milk.

As a young guitarist who needed to carry a heavy Les Paul around with him everywhere, the news was crushing, to say the least. I’d long prided myself on my ability to use my slender and dextrous spider hands to make a difference in stranger’s lives through music: now, my career had seemingly ground to a halt when it had barely started.

My partner and I agreed that we needed to find an alternative to performing. So I turned to my second love, writing, and I haven’t stopped since.

Not that it was easy to get started. We must have submitted pitches to a hundred publications before I sold my first piece: an article about Endometriosis that sold to a South African women’s interest magazine. Shortly after, I made my second sale: a piece on collecting guitars, sold to an investment publication. From there, the commissions started coming in regularly, and today, I am a full-time writer.

But Marfan Syndrome did more than just put me on the path to being a writer. I like to think it has made me a better one: more thoughtful, more curious, more deliberate, and more concerned with the connective tissue that flows through everything… not just my body, but the world itself.

The truth is, Marfan has influenced every aspect of my writing. Take research, for example. A freelance writer needs to become an expert on anything they’re paid to write about, so research is an important part of the job. I take it seriously, because I strive to keep people informed, and part of that is because I’ll never forget how perfunctory, how blase that first doctor was when I asked him what Marfan Syndrome was: “Wikipedia it. I can’t tell you more than what’s on there.” I never want a reader to feel as in the dark about an issue as I felt on the first day of diagnosis.

Marfan Syndrome has also helped give me a fresh perspective on what I write about. When I write stories about, say, the state of South Africa’s hospitals, or how and why readers should draft up a will, it is Marfan that serves, in a very real way, as my muse. These stories have urgency for me, because I could be the one in an underfunded hospital, struggling to survive an aortic dissection. I could be the one whose will might be needed in the next few years.

Mortality, too, plays into it. Writing also gives me hope that something about me will live on after my death. Because Marfan Syndrome is hereditary, I decided to have a vasectomy early in life; I didn’t want anyone else going through what I’ve gone through. But in a way, the articles I write are my children, in that every word I put to paper will be around a lot longer than I’ll have time to see.

Writing also gives me hope that something about me will live on after my death.

Who knows? 1,000 years from now, maybe some futuristic archaeologist, hunched over in a landfill, will pick up the dusty brick of some old hard drive with their slender hands. Maybe that hard drive will have a copy of this article on it. And when they read it, maybe they’ll realize they have Marfan’s Syndrome too, and go get treatment for it.

Far fetched? Sure. But even when I played guitar for a living, all I wanted was to create something, to move people, to make a difference in their lives. That career path was closed off to me due to Marfan Syndrome, but it also opened another door—the door to writing—where I could do the same thing. And, with my spider hands, I’m going to hold that door open as long as I can.

Haley Shapley
Useful Resources
Do you know someone else who would enjoy this story?
Rosa Parks and the Hard Cost of Activism

Running With Peaches
Don’t miss one more amazing story.
Every week, we’ll send a few of our favorite stories to inspire you.
Send this to a friend
Scroll to top