Being smart about strength training has made it possible for Lindy Barber to compete at a high level, despite a host of spinal conditions.
scoliosisspina bifidaspondylolisthesis 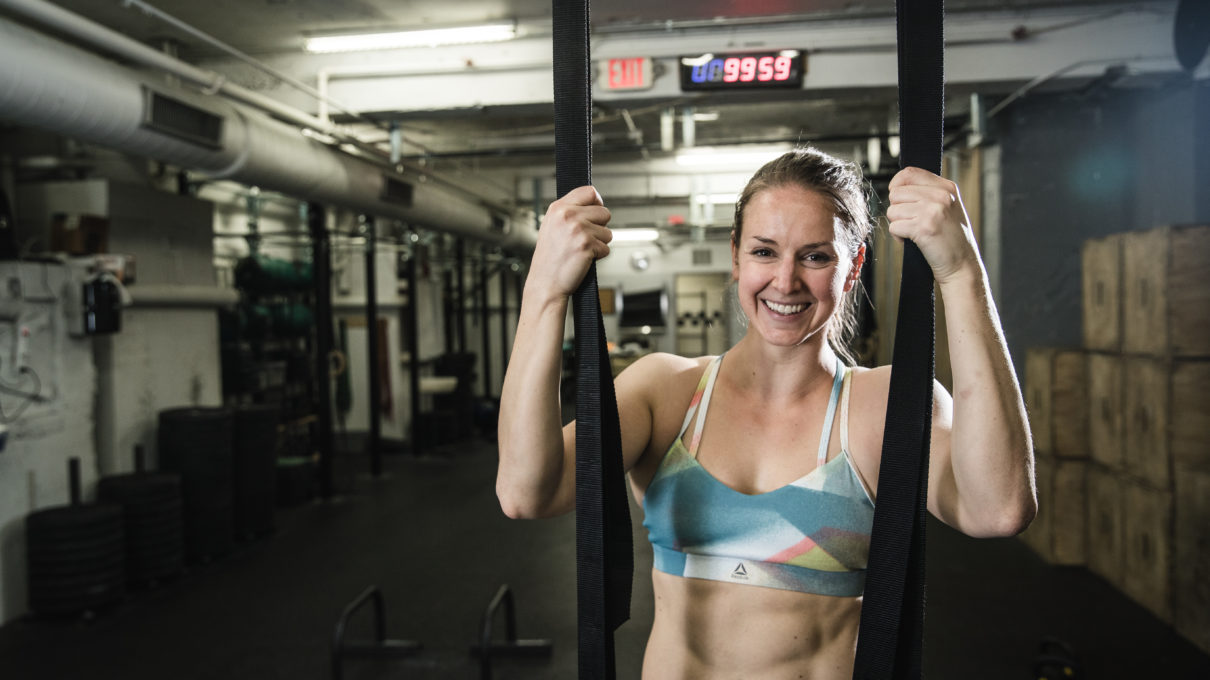 Lindy Barber vividly remembers the day in 2011 when she was back squatting and suddenly collapsed to the floor. It was an exercise she’d done many times, and with heavier weights. But this time was different. Barber, then 22, was in the middle of one of her final sets when she got to the bottom of the squat and felt a snap in her lower back.

“It felt like someone hit me in the back with a baseball bat,” she says. “I couldn’t get myself up off the floor. It took me at least half an hour to stand.”

Barber was confused, but she convinced herself she’d done something wrong during the lift. After three days of immobility, she made it to a chiropractor’s office, where she discovered that her recent accident was the result of three spinal conditions: scoliosis, a curvature of the spine; spina bifida, a birth defect in which the spinal cord doesn’t close all the way; and spondylolisthesis, a fracture in her vertebrae caused by her weight lifting with the first two conditions.

The words were a blur. She couldn’t understand what they meant—and how a young, healthy, former collegiate soccer player could be in this position.

“The doctor was using such big words and my brain was jumbled,” she says. “All I could hear was, ‘Your back is broken, you have spinal conditions, you are no longer able to work out or exercise for the known future.’”

The doctor’s diagnosis was devastating for Barber, who had always been physically active and recently found the sport of CrossFit. She took to it immediately, realizing early on that she had a real shot to be competitive. Now, that dream—and life as she knew it—seemed in peril.

“All I could hear was, ‘Your back is broken, you have spinal conditions, you are no longer able to work out or exercise for the known future.’”

Barber went for a second opinion and an MRI. The second doctor confirmed the diagnosis, and added two bulging discs to the list. He told her she would never squat again. Instead, he recommended running and swimming as alternate activities.

“There was no reason for me not to believe him, not to take his advice,” she says. But after a couple of months of wallowing in sadness, Barber started doing her research. A recent graduate of the University of Dayton with a degree in exercise science, she began to think that shying away from strength training was the wrong approach. Instead, she believed that if she strategically strengthened her back muscles around her weak vertebrae, she could chase her CrossFit dreams without risking reinjury.

She talked to her doctor about her exercise plan. He said while he couldn’t recommend lifting or doing anything that might increase her risk of serious injury, she was at risk no matter what she did—she might hurt her back in the weight room, but she could do the same stepping off the sidewalk wrong. There was no way to tell the future.

“I asked myself, ‘What kind of life am I going to choose?’ I did more research and decided I was not going to be the kind of person to let an injury scare me into a life I didn’t want to live,” Barber says.

Slowly but surely, Barber returned to CrossFit training, building out a cautious plan that controlled the amount of weight she lifted and the speed she completed exercises, while avoiding unpredctable activities like intramural sports and downhill skiing, where so much of what happens is dependent on other people or the conditions.

Her work paid off. Less than two years later, in 2013, she qualified as one of 40 individual women worldwide for the CrossFit Games, and then again in 2015. She then joined the CrossFit Team Mayhem Freedom, standing on the podium all three years they competed until she retired after 2018 Championship win.

“The Lindy that got injured probably would not have been as successful as the Lindy that did,” she says. “This forced me to learn my body more and it also gave me more of an appreciation for what I was doing. I really loved every day that I got to go to the gym because I could, because I had the ability to, not because I was forced to.”

Although Barber does not compete professionally anymore, she now works as an exercise and nutrition coach, with a specialty in back health. It’s a subject she is obviously passionate about.

:I don’t ever want anyone to feel like whatever their injury or limitation is that that has to define their training or fitness routine.”

“I don’t ever want anyone to feel like whatever their injury or limitation is that that has to define their training or fitness routine,” she says. “There is no style of fitness that is 100 percent inappropriate for anybody.” When it comes to back pain, Barber says building core strength can make a significant improvement for anyone.

While her chronic back conditions mean that there’s always some level of discomfort in the background, she happily spends most days at a low level of pain—and the credit for that, she believes, is due largely to strength training.

“I understand that I will always have ups and downs, but that doesn’t mean I have to change the life I want to have,” Barber says. “Those hard days just make the good days so much better, and they’re not the end, they never are.”

When Someone Says They Are Disabled, Believe Them
Don’t miss one more amazing story.
Every week, we’ll send a few of our favorite stories to inspire you.
Send this to a friend
Scroll to top