Staying Ahead Of The Curve

Action movie star John Wells has the spinal curvature of an 80 year woman. Through fitness, he stays ahead of scoliosis.
arthritisscoliosisspinal stenosis 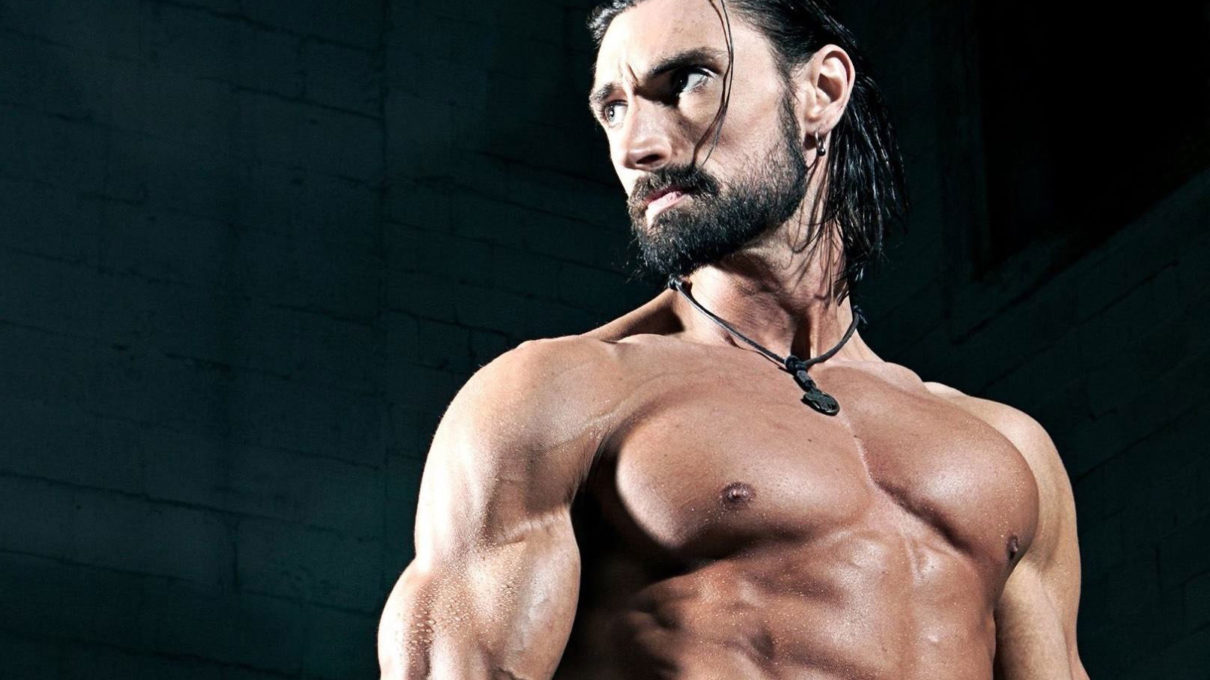 In 2015, Kentucky experienced one of its coldest winters on record with heavy snowfall and extreme low temperatures. Yet a dedicated film cast and crew braved the chill to spend long days and nights on the set of action/comedy Loss Prevention. On this particular day, a crucial fight scene is being shot. In take after take, actor John Wells spins to throw punches against one opponent while another clings onto his back. In the finished product, audiences see a flawless action sequence, with no clue as to the grueling hours involved in getting it just right.

Wells became involved with the Louisville independent film community in about 2006. Since then he has appeared in multiple movies and television shows, playing founding father Patrick Henry in FOX’s historical drama, The Patriots, and acting alongside Christian Slater and Perry King in 2012’s Hatfields and McCoys: Bad Blood. Wielding a medieval sword, enacting complex fight choreography, or taking a kick and a punch–it’s all part of the job for Wells. And when he’s not on a movie set, you’ll probably find him at his local gym or spending precious time with his family. In addition to being an actor and personal trainer, Wells is the devoted father of two young children.

Such a busy schedule is enough to make most of us feel tired and sore just thinking about it. But John Wells has scoliosis, and already lives in chronic pain. Any soreness from his work and daily life is just—to use his own description—gravy.

“It’s always there, like having a constant headache under my shoulder blade,” says Wells. “It’s a deep tissue throb that lives there most of the time.”

While the cause of scoliosis is unknown, the American Association of Neurological Surgeons says it affects 2-3 percent of the American population. The curvature typically appears during a pre-pubescent growth spurt, causing the spine to bend into a curve or, in more extreme cases, a letter S. Braces can often help minor cases, but when the curvature is extreme, surgery is sometimes required.

“I was aware of it all through school,” he says. “I knew that I was kind of crooked. My parents had commented on it too, especially in high school.” As an inactive, obese teen, he just assumed that his poor lifestyle was responsible for his ongoing pain and occasional numbness.

At the age of 18, Wells changed his lifestyle dramatically. He took up weight training, lost 100 pounds, and went on to become a certified personal trainer. But as the years went by, he noticed that the pain in his right shoulder was becoming more severe and frequent. By his late 20s, it was starting to hinder his ability to do things. That’s when he sought medical advice.

“The doctors said that my level of curvature is usually seen in women in their 70s or 80s, and they’re already wheelchair-bound,” Wells says. Not filming action sequences and training at the gym.

Wells and his doctors were stunned by what they saw on his x-rays: whereas a “normal” spine is straight (or zero degrees in curvature), his takes the shape of an S, with a curvature of approximately 71 degrees. To put this into perspective, a curve of up to 20 degrees is considered a mild case of scoliosis; more than 50 degrees is labeled severe. The doctors also found evidence of arthritis, spinal stenosis, and  hip displacement. It was one of the most severe cases of scoliosis his doctors had ever seen… and what made it even more unusual was that it had gone undetected for so long. Yet what made Wells’ doctors’ jaws truly drop was his level of physical activity.

“The doctors said that my level of curvature is usually seen in women in their 70s or 80s, and they’re already wheelchair-bound,” Wells says. Not filming action sequences and training at the gym.

Determined not to return to the sedentary ways of his teens, Wells spoke to as many medical and fitness experts as he could. He read studies on musculature and neuro-musculature He learned that while doctors had once advised against too much movement for those with scoliosis, they now found that strength-training to build core muscles in the stomach and back proved beneficial. With his new knowledge, Wells drew up a plan for strength training and fitness that he still follows today.

He credits his continued mobility to his years of training. “Being active and learning how to move efficiently dictates everyone’s quality of life,” Wells says. “It’s about how well we all can move about and interact with the world—not just people with scoliosis.”

“Being active and learning how to move efficiently dictates everyone’s quality of life,” Wells says.

As a personal trainer, Wells has seen many clients who have let pain get in the way of working out, but he argues that’s just a reason to push forward. “We assume those aches are a warning, when in fact they are a result of our sedentary lifestyles,” says Wells. And even when people are relatively active, the muscle they ignore can atrophy without them knowing. “People ignore their hip joints and knees, which then tighten. Our lumbar and core muscles can compensate but they’re not designed to take the weight load, and so we experience back pain.” For those with scoliosis, learning how to strengthen these muscles is doubly important. Wells now has a number of personal training clients who also have a spinal curvature and have sought him out, having heard about his experiences.

What about the surgical option? Every year an estimated 38,000 Americans undergo surgery to correct spinal curvature. Known as spinal fusion, metal implants are attached to the spine to fuse the lumbar joints into one bone that is kept in a straightened position. Wells remains keen to avoid that option for as long as possible, observing that doctors he has seen cannot agree on its benefits. “Some push for surgery immediately, while others tell me it’s too risky, especially given my current level of mobility.”

Heading Off The Future

Given his degree of curvature, Wells is under no illusions: his scoliosis may well worsen. At the same time, he is pleased to share that, much to the surprise of his doctors, his curvature has not changed in the decade since his diagnosis. “Working out has unquestionably helped,” he says.

The invisibility of the condition can weight pretty hard,” he says. “And there are some days when the pain wins, although luckily those are few and far between.”

He admits that there are good and bad days when it comes to the pain of scoliosis. “The invisibility of the condition can weigh pretty hard,” he says. “And there are some days when the pain wins, although luckily those are few and far between.”

These days, his acting career and his children keeping him on the go with two young children and a busy acting career, and Wells refuses to allow his scoliosis diagnosis to hold him back. At the time of writing, he is preparing to start work on a new television series. As he tells his personal training clients: “Scoliosis is a strong reason and motivator for training, not a letter of exemption.”

Meghan Beaudry
Do you know someone else who would enjoy this story?
You might also like...
I Fake Sick For A Living
Vanessa G. Ahern
When It Comes To Health, It’s Time To Hold Hollywood To A Higher Stan...

Phoebe Ryan On Being A Pop Star With Depression And Anxiety
Don’t miss one more amazing story.
Every week, we’ll send a few of our favorite stories to inspire you.
Send this to a friend
Scroll to top