Stepping Out Of Epilepsy’s Shadow

Pulitzer Prize-nominated author and journalist Kurt Eichenwald opens up about his lifelong struggle with epilepsy.
epilepsy 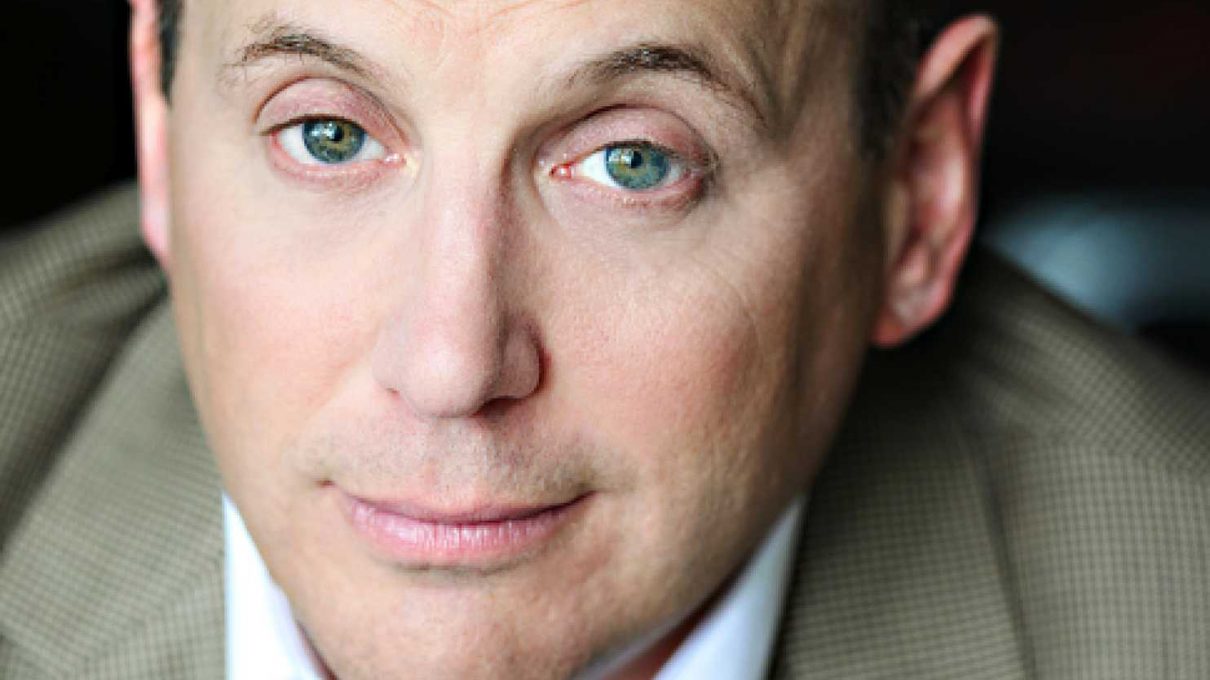 Looking at Kurt Eichenwald’s career trajectory, it would be easy to assume that his life was a smooth ride. A graduate of Swarthmore College, contributing editor at Vanity Fair, senior writer at Newsweek, two-time finalist for the Pulitzer Prize at The New York Times, bestselling author of four books (including one turned into a movie starring Matt Damon)—Eichenwald appeared to have it all.

What few people knew, however, was that from the age of 18, he has struggled with epilepsy, the subject of A Mind Unraveled, his nightmarish but ultimately life-affirming memoir.

In candid, intimate, sometimes shocking detail, the 57-year-old Eichenwald describes what led to the surprise diagnosis, the incompetence of his medical team that nearly killed him, and the neurologist who saved his life. He describes how the stigma of epilepsy got him thrown out of college and fired on his first day of work, and how he fought against these prejudices to carve out a rewarding life and become a prominent voice in advocating for people with epilepsy. 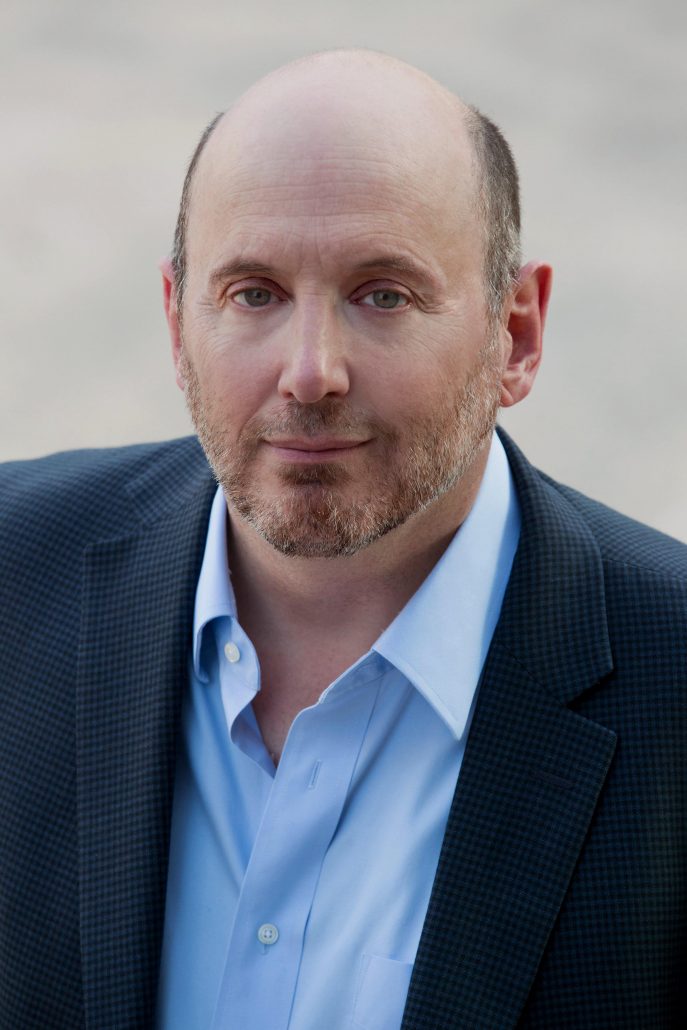 Is there a difference between referring to you as an epileptic or as someone living with epilepsy?

There has been a lot of discomfort in the epilepsy community about the noun epileptic. There are a number of reasons for that. In the Bible, the epileptic is possessed by demons. That is something that we have dealt with for thousands of years to this very day. Unlike diabetic or asthmatic, it’s almost become linked to being an epithet. It’s very hard for people to understand the nature of loss of control. When you have a seizure, you are at everybody else’s [mercy]. A lot of us get very injured. A lot of us have horrible things that happen to us. You try to almost psychologically separate it from yourself. My whole life has been spent trying not to be the epileptic because I am so much more than that.

My whole life has been spent trying not to be the epileptic because I am so much more
than that.

One of the first neurologists you saw told you that your life might be ruined by epilepsy, making you believe that you had to live in secrecy and fear. Why? Did it go back to those Biblical connotations?

Oh, yeah. But it’s more than that. You have a quarter of Americans who think we should not be allowed to get married today. The last law forbidding us from getting married was struck down in 1980—the year after I was diagnosed. There is stigma and it’s pretty severe. I was thrown out of school. I was fired on my first day of work. I’ve been writing a lot about this kid from Notre Dame who literally two months ago was driven out of the school because he has epilepsy.

It’s hard to believe that people with epilepsy still endure this type of harassment.

Netflix just came out with a movie [with] a character who has epilepsy and everyone laughed at [him] as Seizure Boy. It was portrayed as kind of as a joke. Virtually everything that was in there about epilepsy was wrong. And so we face this difficulty where the general portrayal in the media about epilepsy is wrong. That plus fear plus ignorance plus religious stuff feed stigma, which leads people to stay quiet.

What are some other misconceptions?

There is this ridiculous idiocy about putting a spoon in a person’s mouth because they’ll swallow their tongue. Well, there are lots of people with epilepsy with broken teeth, but we can’t get that corrected. I had somebody put a pencil in my mouth [once]. Because all the muscles are clenching and the jaw closes, I bit through both sides of the pencil. I had this piece of pencil in my mouth with nothing holding it in and breathing very heavy. I woke up with the thing in my mouth, but I knew it was wrong. I knew it wasn’t supposed to be there, so I immediately spat it out.

There is this ridiculous idiocy about putting a spoon in a [person with epilepsy’s] mouth because they’ll swallow their tongue.

I’m embarrassed to say that I believed that misconception about spoons until I read your book.

But that’s not a surprise. Here’s the newest one. Invariably someone says, “Have you tried marijuana? Have you tried CBG oil?” That has been held out as some sort of miracle cure. It’s not. It is just another drug that works for a very limited number of seizures in children. When you have a news media where the only time they talk about this is to hold out false help to desperate people, it’s obscene. You’re talking about the human brain. You’re talking about neurons firing. Everybody’s neurons fire in a different pattern. That’s why if you change the way neurons fire, your personality can change. You can become depressed, but someone else may become elated.

What can you tell us about your current treatment? 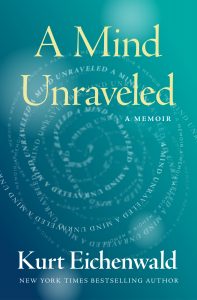 The cover of Kurt Eichenwald’s book on epilepsy, A Mind Unraveled.

I have been on ten different medications [in my lifetime]. What they’re trying to do every time is find ones that work for the pattern of electrical impulses that work in my brain. You get to a point where they figure out it’s not working. Not too long ago, a new medication came out which treated what they call a different channel in the brain. It’s having an impact on people with refractory epilepsy, so I am taking that. I started that drug change in February. The drug change went from February to August. You have to go very, very slowly. It’s helped a lot, but it’s still not perfect. Did you know people died of epilepsy before you spoke to me or read my book?

No, and it embarrasses me.

One of the things that’s really clear is that I should be dead.

Don’t feel embarrassed by that. That’s why I wrote the book. One of the things that’s really clear is that I should be dead. I mean, between going into status epilepticus twice, the blood issue, all of the horrible accidents—any one of which could have killed me—I dodged a bullet lots of times. The good thing from that is, when I was in my mid-20s, I came to accept my own mortality, which is not something that usually happens. It was sort of: okay, if I die, I die, but I’m going to live today to the fullest.

At the end of your memoir, you wrote that if you could go back in time, you wouldn’t change a thing. Why?

One thing about facing your own mortality is, it leads you to cherish life. There were some things I clearly did not need to go through. But if I hadn’t faced so much, if I hadn’t made decisions when I was incredibly sick, I would not be who I am today. I would not be married to the woman I’m married to, I would not have the children I have, I would certainly not be a journalist. I still have seizures and I have a very happy life. I didn’t drift into that life. I had to decide on that life. It was the confrontation of trauma that led me to those decisions. I was not a particularly strong person and I found strength in trauma.

Now that the book is out, how do you feel?

I was very nervous about this book coming out because I didn’t know what people would think of me. Remember, I had it pretty well ingrained in me: don’t talk about it. This was talking about all of it. That changed and now I’ve got a book. It really wasn’t until I was around the epilepsy community that it became, after the book came out, a mission because I’m mad. I’m mad at what they all go through. I’m mad what we all go through because it doesn’t have to be.

One thing about facing your own mortality is, it leads you to cherish life… trauma doesn’t have to stop you.

What would you want readers to take away from your book?
That trauma doesn’t have to stop you. You have a choice to let it weaken you or let it empower you. I cannot stand in judgment of anyone who makes either choice, but what I can say is: you have the power to live a good life, no matter what. Again, I’m not saying if you experienced trauma, just suck it up. Get help. But always remember that we have one life. If something out of your control that’s bad happened to you, don’t surrender control of your life. When I talk about if I had to go back and push a button and make it all stop, I wouldn’t do it—it’s because I wouldn’t have learned that. I don’t know where I would be today, but I definitely would not be the person I am. I am the person I am because I got sick and I experienced a lot of trauma and I had to address it. And clearly I got very close to giving up, but you can’t give up.

You can purchase ‘A Mind Unraveled’ on Amazon by clicking here. 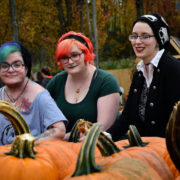 How To Go To Therapy
Don’t miss one more amazing story.
Every week, we’ll send a few of our favorite stories to inspire you.
Send this to a friend
Scroll to top