The Strange Rewards Of Being Sick 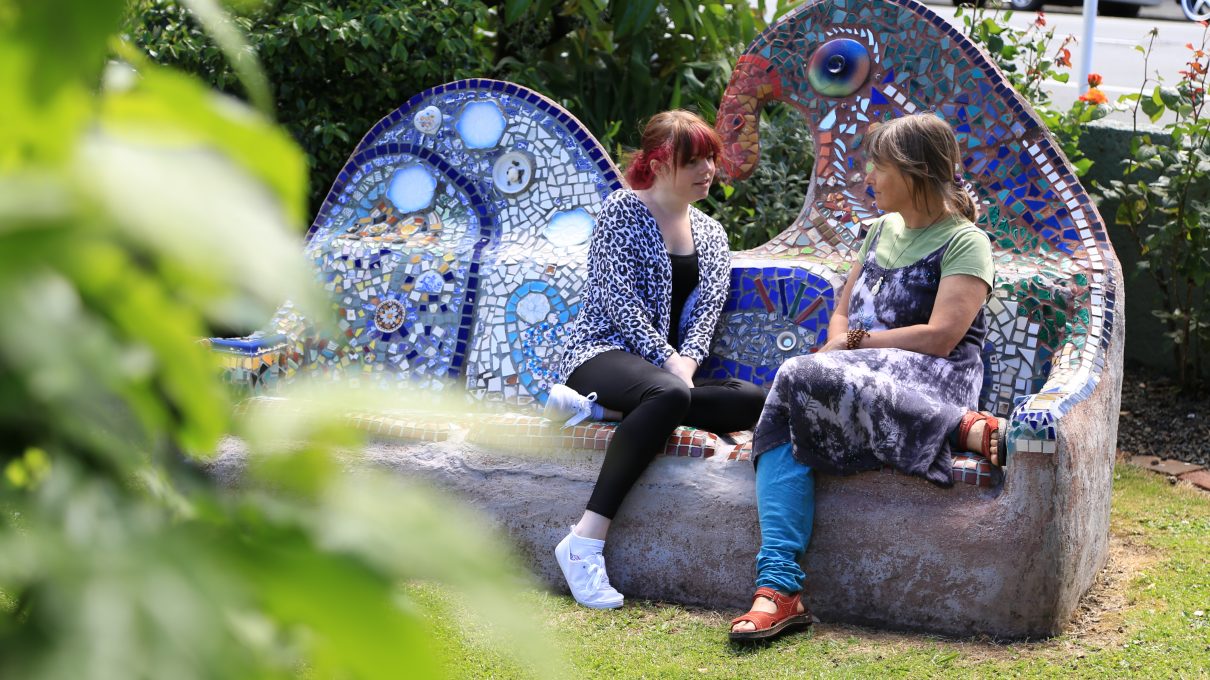 “Rats,” I mutter to myself, as I finish watching Brene Brown’s YouTube video about vulnerability being necessary to create happiness for the umpteenth time, and flop backwards on my bed. 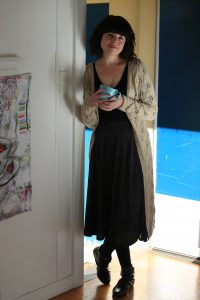 You’d think that her message would have sunk in by now. After all, she’s done over a decade of research into shame, fear, vulnerability, and human connection, and I’ve been trying to put her words into practice since I first discovered her.

But being vulnerable isn’t something that comes easy to anyone. And until I got sick five years ago, I had no idea how to do it or how it would change my life.

Last November, I got on stage in front of a packed auditorium in nothing but a bikini and red paint, and told the story of my illness through poetry.

I don’t think I’ve ever been so scared, or so utterly euphoric.

Let me be real for a second. Illness loves shame. It encourages you to hide and lick your wounds in private. It wants you to be isolated and cowering. That’s how it wins.

I did that for a long time. When I got sick, I went from being a fiercely independent, successful, loquacious woman to one who was humiliated and silent.

There was nothing pretty about my illness. Hours spent in the bathroom. Slowly losing the ability to eat, exercise, spend time with my friends – and work. Writing was my whole world, and I couldn’t do it anymore.

By the time I was admitted to hospital in March 2013, it was clear that something was very wrong.

With drips in both arms, lying in an isolation room due to being highly contagious, I looked down at my wasted thighs in shock and burst into tears. 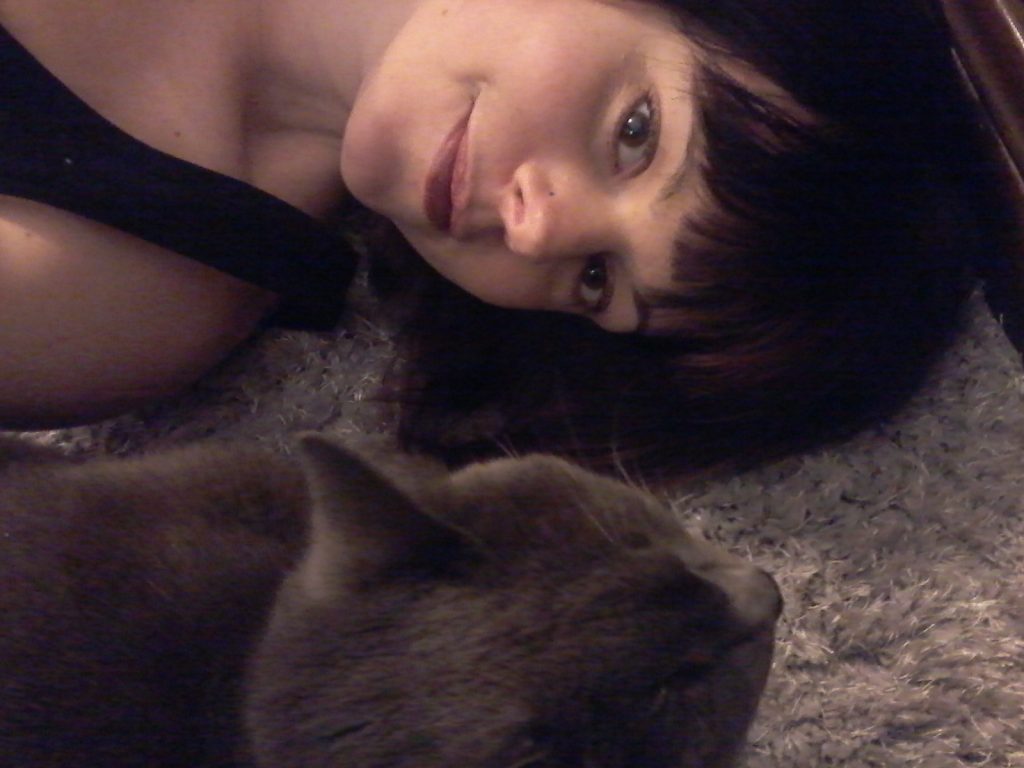 Sarah with her beloved cat.

Three months before, I’d been diagnosed with a stomach infection and given a series of aggressive antibiotics. The treatment unfortunately caused an opportunity for a bacterium called Clostridium Difficile to overwhelm my entire system. C.Dif was behind my decline and urgent incarceration.
The comedian Tig Notaro, in her famous standup set where she revealed she has breast cancer, also talked about having C.Dif.

“I was in for a mammogram and the nurse says ‘You’re so skinny. How do you keep such a flat stomach?’ and I said ‘Oh, well, I’m dying.”

It’s the most hysterical and heartbreaking thing I’ve ever heard.

I didn’t die, but in the months after I came home from hospital, I admit I wished I had. Barely able to move, unable to do much more than stare at the wall, I grieved for the job I’d had to give up, for the person I had been, for the future I had pictured. That December, I was admitted to a respite house after I harmed myself.

Not long after that, I moved in with friends. It took something drastic to make me accept that living alone was no longer viable.

Admitting I needed help was agonizing.

Once I opened the door, I found myself surrounded by loving and supportive friends and family. I rested and waited to get better. And waited. And waited.

I saw a slew of doctors, each one more puzzled than the last. What was going on? Why wasn’t I recovering? The months passed.

In late 2014, I was finally diagnosed with Ankylosing Spondylitis: autoimmune arthritis that attacks my spine, ribs, and pelvis. The gene was for the disease was triggered by my prior infection. 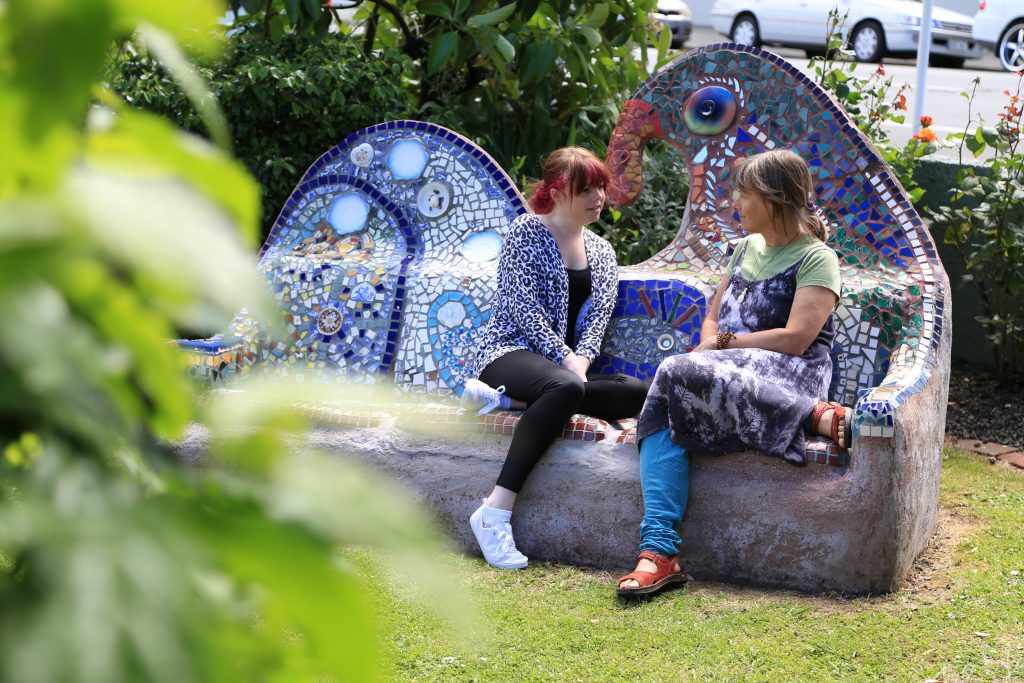 It found its opportunity to spark to life and spread. Pain and exhaustion brought me to my knees.

My first act of public vulnerability was to ask for help to pay for an MRI. The scan would confirm where the damage was happening in my body, and allow me access to medication to counteract its progress.

I raised the money in a matter of hours. I sat at my computer sobbing in disbelief. Who were all these people? Why did they care about me? How could I deserve this kindness?

How could I deserve this kindness?

Months before this, I had started a website to write about being ill, and my fight to get social security. It caught the attention of media and I was offered a newspaper column. My life became public property.

I hated being so open about my struggles. But for every cruel internet comment about how I was “faking it” to get money, I got a dozen more from people thanking me for speaking out. Here in New Zealand, the stigma around being sick and on welfare is violent. I wanted to combat the negative stereotypes by being brutally honest about how being sick affected me, and how hard I had to fight to get the welfare I was entitled to.

I met more and more people like myself. I made new friends. I became closer to old ones, as they began to understand my new life.

So, when I asked for an MRI… the call was answered. 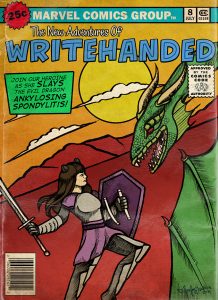 I’ve since tried more medications than I care to name, looking for relief from the pain and exhaustion of my disease. There is no cure. And so far, for me, there’s been no relief.

Again and again, my writing in vulnerability has been met with incredible kindness. I sleep on a mattress that was paid for by fundraising, because my old one made my pain worse. I read donated books. I snack on chocolate posted to me because people know it’s been a tough week.

Last year, I was invited to perform in a literary festival in New Zealand’s capital city. I was horrified. I thought I’d for sure throw up on the spot.

But it was an opportunity to tell the story of illness in a different way. I couldn’t turn it down.

There’s not much that’s more vulnerable than standing with your back to an unseen audience, wearing only a bikini and stripes of red paint that follow the lines of pain in your body.

Shaking, I read a poem about invisible illness. Then I turned around and introduced myself to a sea of eyes that seemed to look straight into the heart of me, where I felt tiny and terrified. Where I was convinced I was an imposter; that no one could possibly want to listen to me; that everyone thought I was faking it all.

It went well. I didn’t puke. I didn’t trip over the microphone. And no one called me a liar.

I continue to write about what it’s like to be an almost-thirty-year-old woman with a chronic illness that renders me mostly unable to work, eat properly, socialize. I write about pain, about politics that affect me, about the impact of it all on my mental health. I’ve published a tiny poetry book. I want to write another one.

Brene Brown is right. True human connection only occurs when we share who we really are. I want to keep doing that, for myself and for others.

Even when I’d rather poke out my own eyes than walk out on that stage. 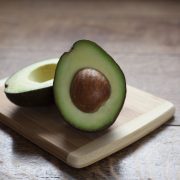 Woody Guthrie And The Magicky Tree
Don’t miss one more amazing story.
Every week, we’ll send a few of our favorite stories to inspire you.
Send this to a friend
Scroll to top