Taking A Swing At Parkinson’s With A Boxing Glove 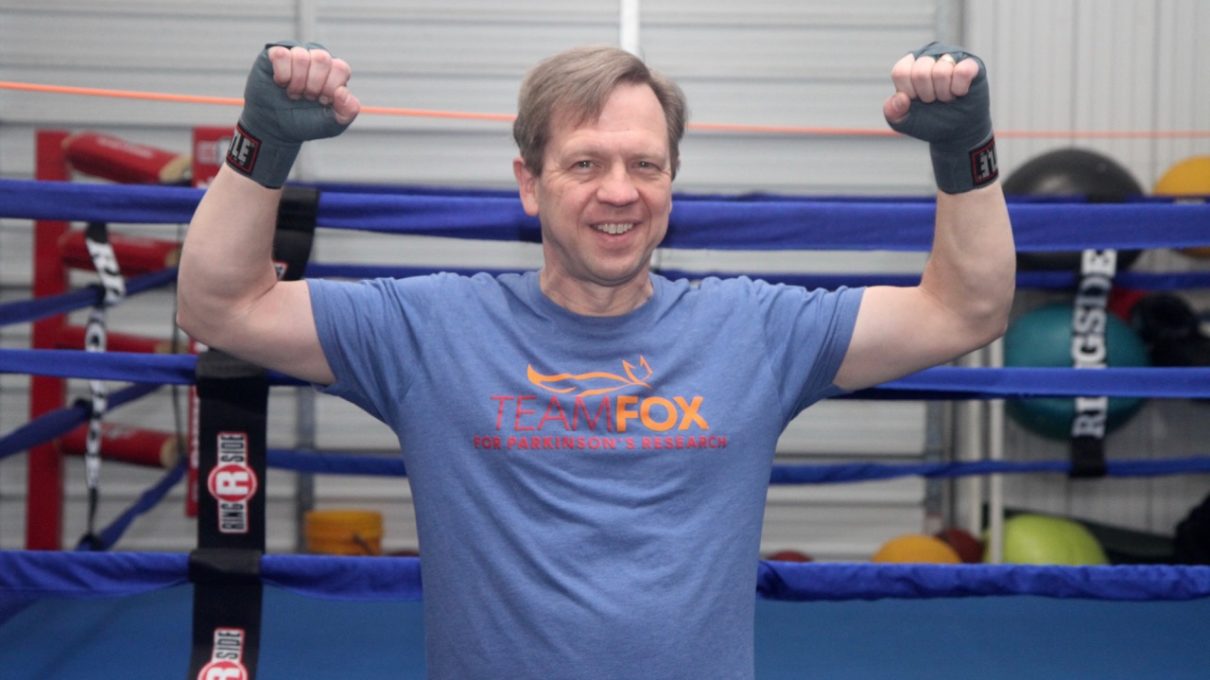 When Ned Neuhaus was diagnosed with Parkinson’s Disease (PD) in 2013 at the age of 46, he never imagined that two years later he’d be pounding punching bags and teaching others with PD how to keep their symptoms at bay.

Neuhaus is one of 60,000 Americans diagnosed each year with PD, a progressive and incurable nervous system disorder. Although treatment options can include medications and surgery, many people with PD still experience tremors, rigidity, slowness in movement and balance problems.

It was twitch in his right finger that first led Neuhaus to make an appointment with his doctor and eventually be referred to a movement disorder specialist.

“I went through a battery of tests that included tapping my index finger to my thumb, opening and closing my hands, tapping my feet and holding out my hands with my eyes closed and counting backwards,” Neuhaus says. “When I was done, she said I exhibited all the signs of Parkinson’s disease.”

From Denial To Acceptance

Neuhaus had always enjoyed an active lifestyle, so he was floored to think of a future where even walking might prove difficult. For years he had enjoyed auto-crossing, a motorsport where drivers navigate through a sealed course, attempting to beat the clock, rather than other drivers. Suddenly, he was faced with the possibility he might never drive again.

“It was a hardcore, life-changing diagnosis,” Neuhaus admits. “I was in shock and worried about how my condition would affect my wife and two daughters, and if their lives would be turned upside down by having to care for me.”

His initial surprise quickly transitioned into feelings of depression and anxiety. Neuhaus made an appointment with a therapist who encouraged him to put his feelings on paper by writing a letter to Parkinson’s disease.

“I wrote that I refused to let PD control me and I would do everything in my power to continue to live a full life,” Neuhaus says. “Michael J. Fox has said accepting PD doesn’t mean resignation and his words pushed me forward.”

Rather than accept an inevitable decline in his health, Neuhaus decided to take a proactive approach to fighting the disease. In 2015, he retired from his job in finance at Caterpillar and vowed to concentrate on both decreasing stress in his life and increasing exercise.

From Acceptance To Hitting Back

Working with a personal trainer in Chicago, Neuhaus began a personalized exercise program that would work in conjunction with the medicine he was prescribed, to combat the progression of the disease. It was there that he first learned about Rock Steady Boxing, a nationwide non-profit program founded in 2006 by Scott C. Newman, an Indianapolis prosecutor who was diagnosed with PD in his 40’s. His friend, Vince Perez, a Golden Glove boxer, designed a program that could lessen Newman’s symptoms and allow him to continue leading an active life and with that, Rock Steady Boxing was born. There are now approximately 850 affiliates across the country.

“Having Parkinson’s is a club that no one wants to be in, but with the support you receive in Rock Steady Boxing, it’s like a form of therapy.”

As a coach, Neuhaus now leads fighters through a series of non-contact boxing exercises such as burpees, shadow boxing and punching both smaller speed bags as well as larger, heavier bags. Some of his youngest students were diagnosed with PD in their 20’s, one of the oldest is 83 and Neuhaus marvels how the man can throw 129 punches in 30 seconds.

“We have 12 stations at Rock Steady Boxing where fighters can use a rowing machine, do squats, planks, shadowboxing and practicing footwork,” Neuhaus says. “Having Parkinson’s is a club that no one wants to be in, but with the support you receive in Rock Steady Boxing, it’s like a form of therapy.”

Keeping Parkinson’s On The Ropes

Over the past few years, Neuhaus has seen the difference that boxing has made with his own symptoms. While he says his most prominent symptom is slower movement, and his gait is slightly impaired, regular exercise has done a lot to relieve his depression and helping him manage his PD symptoms.

“I have more flexibility and strength,” he says. “If I miss a workout, I notice my shoulders get stiff and my posture becoming worse.”

Inspired by their progress with Rock Steady Boxing, Neuhaus and other fighters decided to register for the Chicago Spartan Sprint, an obstacle race featuring 22 obstacles including a rope climb, barbed wire crawl, sled drag and more.

“None of us had ever participated in a Spartan race before and we all finished it,” Neuhaus says. “I’m doing what I can to take care of my own health and raise awareness of PD while researchers work to find a cure. There are exercises I can do now that I couldn’t do before I started taking Rock Steady Boxing classes, in some ways I’m in the best shape of my life.” 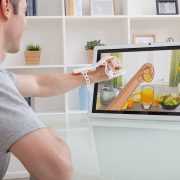 Ask Ada: My Child Is Making Fun Of My Illness!
Don’t miss one more amazing story.
Every week, we’ll send a few of our favorite stories to inspire you.
Send this to a friend
Scroll to top