Team Meleke and the Lung Force 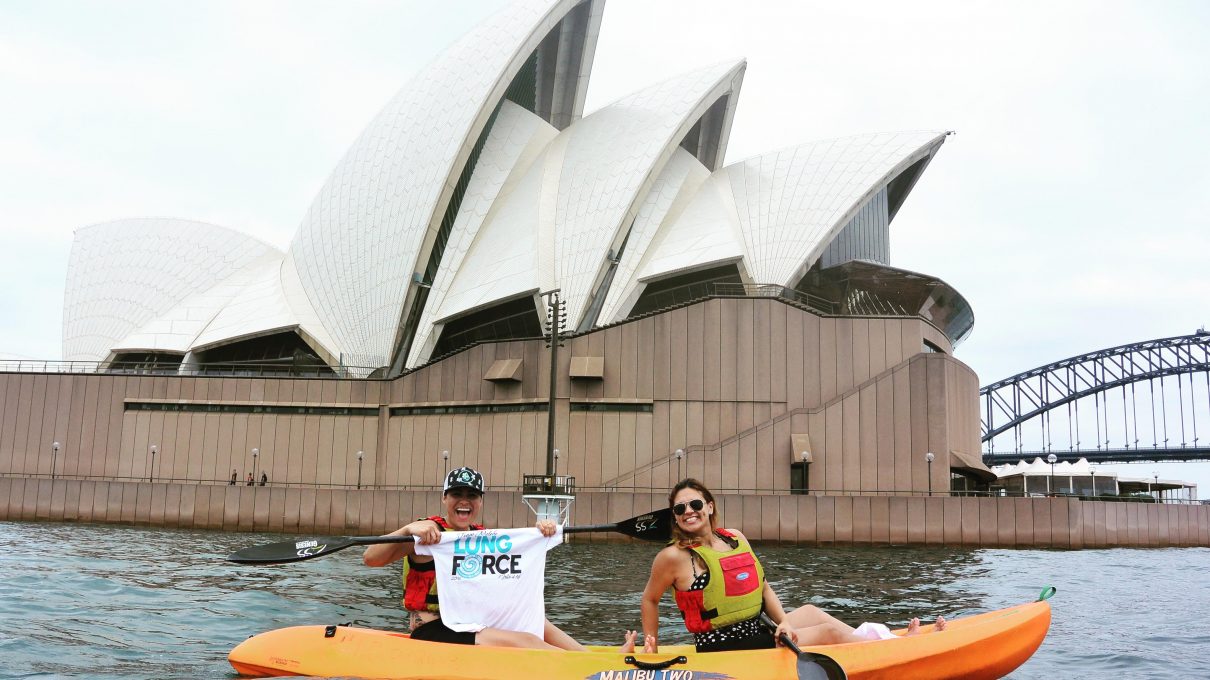 Daphne Faitla-Rodriguez and her wife are sitting on an orange kayak in front of Australia’s famed Sydney Opera House, all smiles. Daphne is holding a white t-shirt with teal and black lettering. The shirt reads: Team Meleke, Lung Force, John 4:16. This simple shirt has become part of Daphne’s mission – a mission to use her voice because others can’t. She speaks locally and nationally about what she believes is the lack of education and awareness, even among doctors, when it comes to lung cancer. For Daphne, it’s personal. 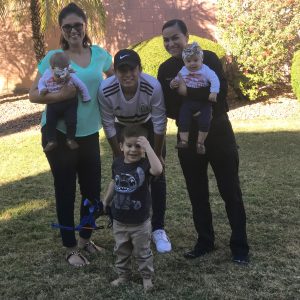 Daphne Faitla-Rodriguez and the rest of her family.

When her mother Meleke was finally diagnosed with lung cancer, the 15 years of being misdiagnosed with allergies, sinus infections, or even arthritis were finally over, but it was too late – the cancer had metastasized throughout her entire body.  It was stage four and it was everywhere; cancer had taken over her sternum, liver, spine, thighs, stomach, and back, and it was creeping into her bones. The only place it hadn’t spread was to Meleke’s brain.

Daphe was heartbroken by the fatal diagnosis, and she began to educate herself about lung cancer, questioning why she knew so little. The more she read, the more shocked was by what she learned.

“There is only a two percent chance that anyone with lung cancer will go into remission,” she recalls. “It’s the number one cancer killer in America, and 46 percent of those diagnosed are non-smokers. It’s killing people at very aggressive rates; by the time someone is diagnosed, more than half are gone within the year.”

While she pondered how it was that lung cancer awareness was so lacking, yet information on other cancers flood the news and personal conversations, she had an “aha” moment.

“The strongest advocates are people who advocate for themselves.”

“The strongest advocates are people who advocate for themselves,” Daphne explains. “When you go through something, you understand how terrible it is and you become an advocate. When I looked closely at those numbers, I realized, what time do lung cancer patients have to go out and advocate? We don’t hear about it because it’s killing people so fast. By the time you get diagnosed, it kills you before you get to tell anybody. People with lung cancer don’t have the opportunity to become activists, so unless their friends and family become that voice, nobody will.”

Looking back, what’s frustrating to Daphne is not just the lack of public education and awareness, but the number of times the medical community got it wrong. For years, doctors refused to listen to Meleke’s requests for further testing, insisting that her symptoms were related to common conditions.

Meleke grew up in American Samoa, raising Daphne and her seven siblings on the small island of Aunu’u where they led an active life and ate off the land, growing most of their own produce and consuming fresh fish. Meleke was strong – she played rugby and climbed mango trees, but she always had a persistent cough even though she never smoked a cigarette. 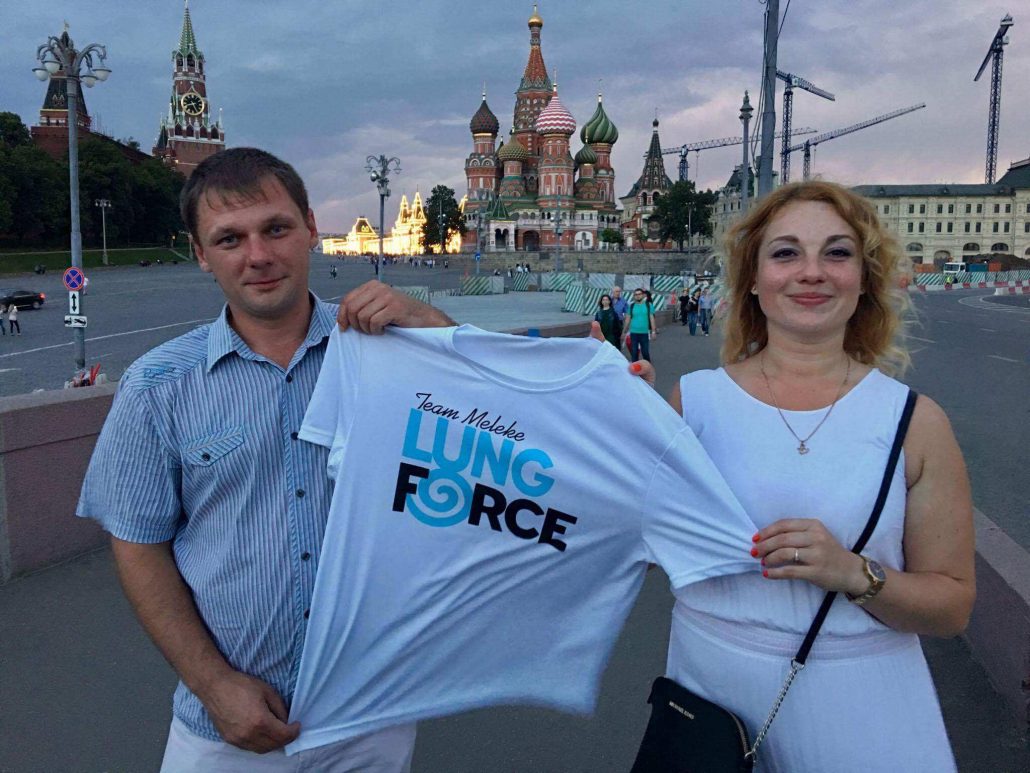 As Meleke went to doctor after doctor and received improper diagnosis after improper diagnosis, her cough got worse and Daphne knew something was wrong. Perhaps, she thought, the doctors on the island weren’t as good as those in the states. So, when Daphne left American Samoa to join the marine corps, she sent her $3,000 signing bonus to her mom so she could travel to Arizona to see a specialist. The diagnosis? Allergies. And then upon a follow-up, bronchitis. Coming from a small island, they thought that all doctors in America were “top of the line,” and they believed the diagnosis. That was 2007. In 2008, Meleke began to travel back and forth to the states to see doctors because her cough was so bad they knew something was wrong, but she was repeatedly told she had pneumonia. In 2010, she moved to Arizona to live with Daphne’s older sister.

By 2014, Meleke was much worse, suffering from terrible back pain, and she returned to the doctor again. The newest diagnosis came back as arthritis. Meleke, finally fed up with diagnoses that did not seem to fit her symptoms, demanded a lung x-ray, believing she had lung cancer. Six months and multiple demands later, she received her scan and her diagnosis.

“When the doctor finally learned the true diagnosis, all he could say to my mom was ‘I’m sorry.'”

“For the past who knows how many years, my mom had been taking allergy medicine for lung cancer,” says Daphne. “When the doctor finally learned the true diagnosis, all he could say to my mom was ‘I’m sorry. Not only do you have cancer, but it’s Stage 4 and you have only six months to live.’”

“I was in complete shock. It was everywhere, throughout her entire body, and nobody found it. How crazy is it that the patient demands the scan and they find everywhere, except her head. HE was the doctor! This is what he does for a living; it’s not a hobby. He’s done this for the majority of his life and he had to wait for the patient to tell him what she had?”

“The system is terribly flawed.”

Meleke chose to fight, underwent chemo and radiation, and lived for another two years, beating the odds. During that time, Daphne focused her attention on her mother, and she began to learn everything she could about lung cancer. Before she became too sick to have meaningful conversations with her children, Meleke made a request of Daphne.

“My mom said, ‘I want you to tell people about this,’” Daphne recalls. “‘Go out and tell people. If you can share my story and save just one life, it will make all of my pain and suffering worth it.’”

Now Daphne is doing just that, and she won’t stop until things change. She’s made lung cancer awareness her mission, passionately stating that everyone, including doctors and politicians, need to learn more about this often misdiagnosed and fatal disease.

Shortly after her mom passed away, at the age of 56, Daphne took the first step by signing up for a lung cancer walk, and that fueled her passion. She began to look at the bigger picture, recognizing that it has to come from the top. If the government doesn’t provide the proper funding for research and education, then doctors will not be able to recognize the symptoms and order the proper tests to diagnose early. According to the American Lung Association, only 16 percent of lung cancer cases are diagnosed at an early stage, but if there was more knowledge and awareness, Daphne believes that more patients will survive.

“My mom said, ‘I want you to tell people about this…'”

Daphne has taken her advocacy to the state and national capital. She’s shared her mom’s story with district leaders, state representatives, and the staff of her senators, John McCain and Jeff Flake. Each time she told her mom’s story she became emotional, and they cried with her. For Daphne, that was powerful – she felt she got through to them. She would then voice her concerns that lack of funding and education are killing people unnecessarily.

“How is that our doctors – who are supposed to know everything, who are supposed to be able to detect these things – do not know,” Daphne questions. “Something I’d been taught in the marine corps is that if leaders don’t give their people the tools and resources necessary to do their job, then they are going to be unsuccessful. That is why it was extremely important for me to go to Capitol Hill. When all of these doctors can’t find it, I don’t think it’s their fault at this point. I think it’s the fault of our education system.”

“So, I went to our leaders to tell them that this isn’t just an issue in the state of Arizona, it’s flawed throughout the entire country. You are the leaders and you need to do something. You are the ones that need to provide our doctors around the country with the right tools and resources to fix people because you are the leaders.”

“When I look at it, how do you know something is wrong when you’ve never been taught how to find it? Or, you haven’t been given enough information to know how to find it? And I think that’s the issue with lung cancer right now – doctors just don’t know.” 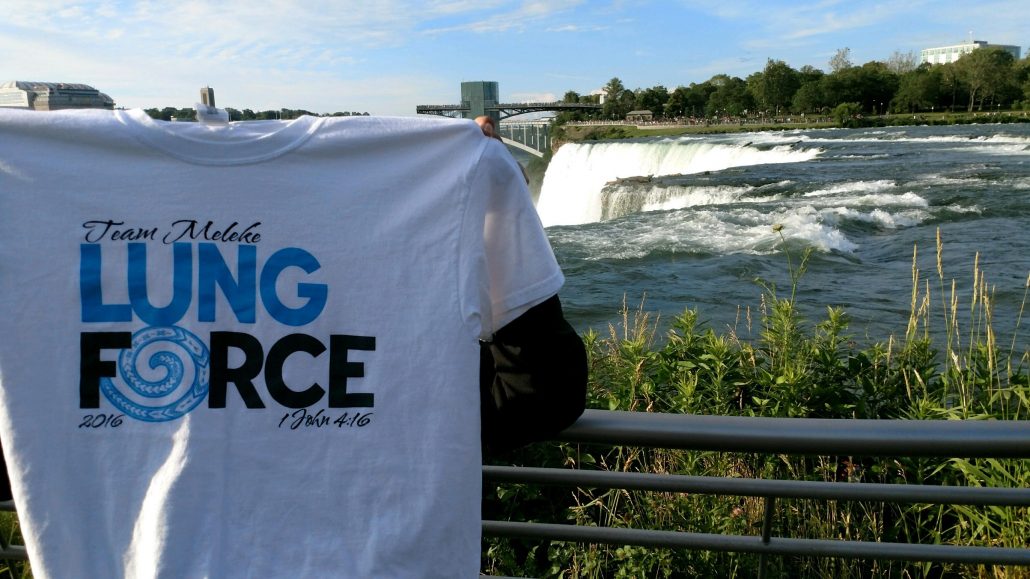 When not speaking to politicians and leaders, she’s spreading her message locally, nationally and internationally.

Locally, Daphne is a leader for her security team at Palo Verde, the largest nuclear power plant in the United States. Before each shift begins, the leader will ask their group questions, and hers always focus on lung cancer. They learn important facts, such as lung cancer is the number one cancer killer, and it begins a conversation that she hopes continues in their homes and with their friends. She also serves as the emcee for the local Lung Force walk, kicking off the event and introducing the speakers.

Nationally and internationally, Daphne spreads the word with her Team Meleke t-shirts. The concept was created when she and her wife were kayaking in Sydney, and it went viral. While the goal was to spread awareness about lung cancer, she had no idea just how far it would go. She originally created the shirts to build awareness and then developed the Team Meleke Challenge, encouraging people to take the “coolest picture holding up the t-shirt.” But what happened next, surprised her. She began receiving photos from around the country and world with strangers wearing her shirt in Boston, Washington, on the mountains of Hawaii, Canada and even Russia and Germany. Family, friends and strangers people post pictures of themselves in their shirt to her Instagram account, @rodsquad13, spreading the awareness that Daphne believes is so lacking about this disease. The Team Meleke Challenge has become so popular that she began receiving requests for next year’s shirt before the current year was even close to over.  Daphne decided she will create a new t-shirt style every year so she can track how far and often her message is spread throughout the years.

Daphne is just getting started. In less than two years, her advocacy has been seen in the halls of Congress and on the streets of Europe, plus everywhere in between. As she continues to find new ways to help spread the word and increase education, she keeps her mother’s memory alive, doing what Meleke asked and hoping to save at least one more life. 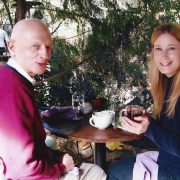 How To Reframe Your Life Goals After Illness
Don’t miss one more amazing story.
Every week, we’ll send a few of our favorite stories to inspire you.
Send this to a friend
Scroll to top