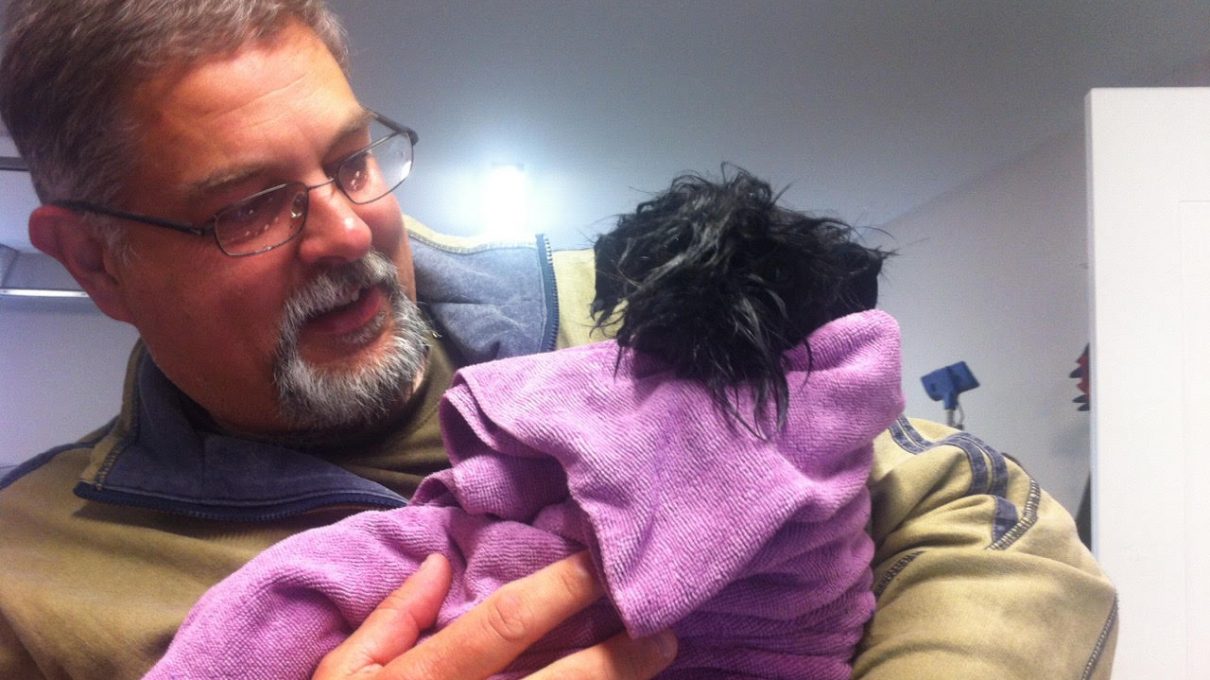 Becoming the proprietor of a luxury cat hotel wasn’t quite what UK-born Kevin Prince had in mind when he emigrated halfway across the world to New Zealand, but that’s exactly what he ended up doing.

Kevin, a self-proclaimed animal lover, bought the hotel and the house that went with it when he moved to “the land of Middle Earth” in 2007. For nine years, his home was a hop away from the hectic environment of a booming cat hotel.

In the wake of the devastating Canterbury earthquakes in 2011, Kevin and his partner expected some traumatized pets to arrive, while owners left town for respite from ongoing aftershocks, or looked to relocate. But Kevin says most of the animals were far calmer than anticipated.

“The owners would tell us how stressed out the cats were, but they soon settled in. Cats are extremely resilient, probably more than we give them credit for.” 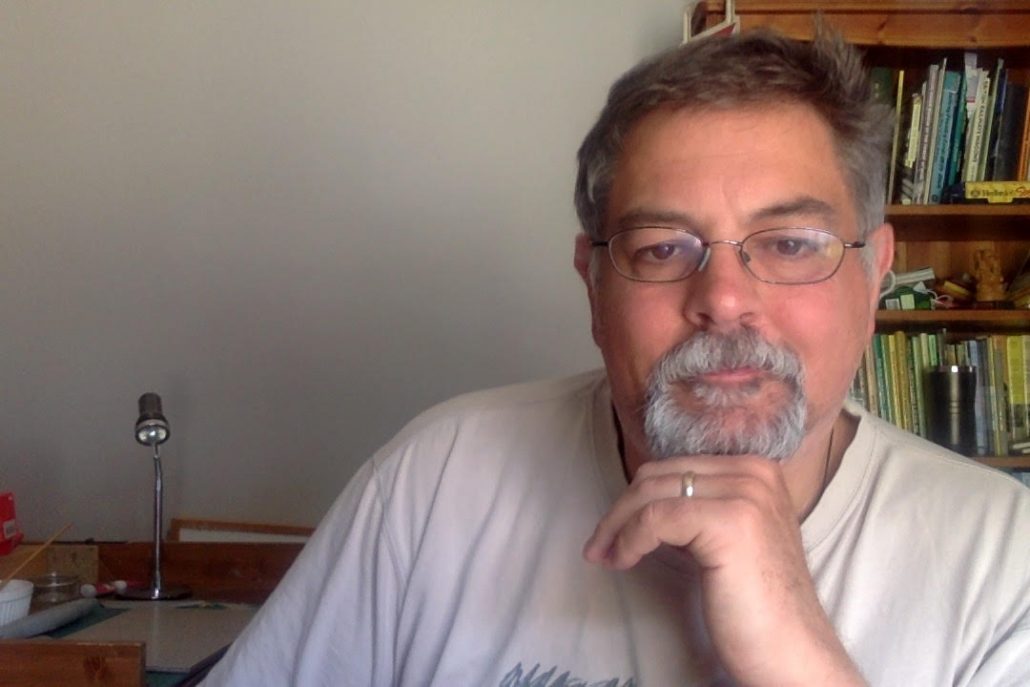 Kevin says dealing with the human side of things is far more challenging. He describes the rituals of “drop-off” with amusement, with some owners spending up to half an hour explaining in close detail their cat’s every need… and providing handwritten sheets of instructions too.

“People are extremely particular when it comes to their animals, which isn’t surprising. Sometimes it gets amazingly detailed. We had someone describe exactly how their cat needed its meals: A small pile of meat in the middle of the bowl, biscuits around the bowl and four–four, not five, not three, four–treats placed on top of the meat. Anything else was unacceptable.”

Living literally “on the job” made work/life balance a little difficult, providing some unique challenges for Kevin, who has Type 2 Diabetes.

“Because you live onsite, you never really get a break. People would turn up at the house at all hours, because they figure you’re there, so you’re available.”

Diet is a major key to managing this sort of diabetes, and with long, busy days at the cattery, Kevin found himself missing meals, eating late, or being too tired to cook proper, nutritious dinners.

Kevin’s diabetes was discovered by accident. He also suffers from a condition known as Non Alcoholic Steatohepatitis, or Fatty Liver Syndrome. During a routine blood test, doctors discovered he had a reading of 22 on the diabetic blood sugar scale. That reading should usually be between four and six.

“’You’ve got the liver of a sixty-year-old alcoholic, with none of the fun,’” my doctor told me,” Kevin says. That meant he had to make some radical changes in his diet in order to manage his blood sugar and mitigate some of the risks that come with Type Two. 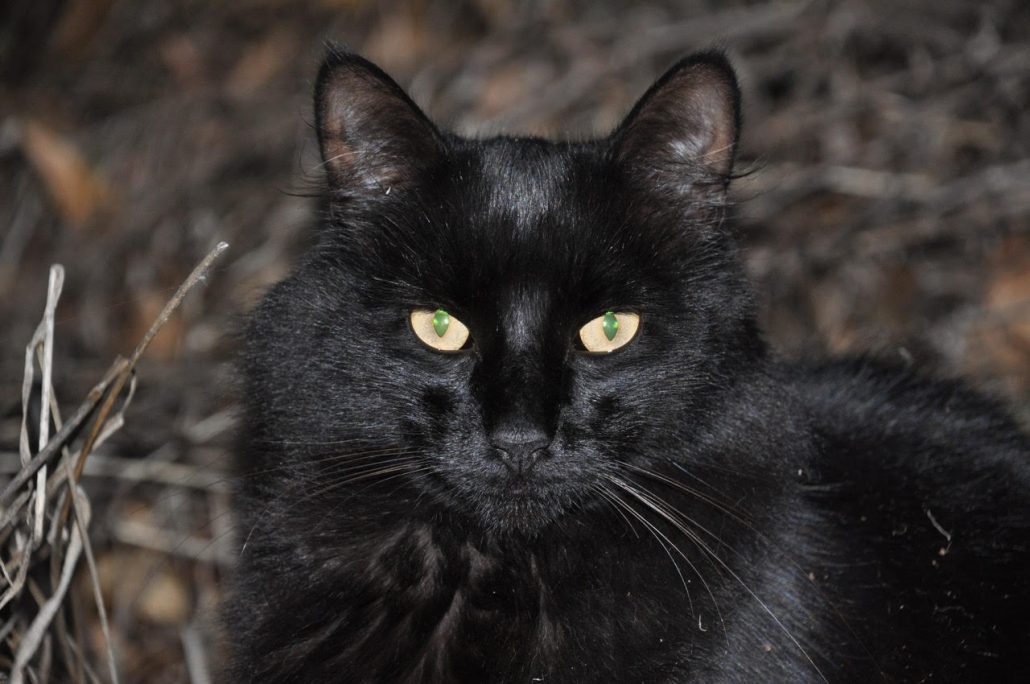 Kevin Prince’s own cat, Guido, with her beautiful eyes.

He says it’s much easier to spot the lows in blood sugar than the highs, though both can be equally dangerous.

“When I’m low, my hands start to shake, and I know I have to eat something quick. But the highs… well, you just feel good, so you don’t necessarily see it.”

He says it’s really important to have realistic support when you’re trying to make health and lifestyle changes.

“My last doctor was like; you’re diabetic, you’re bad, if you don’t do these things, you’ll die tomorrow. Whereas now I have someone who says; “Ok, here is where we’re at. How did we get here, and where do we want to get to next?”

Kevin’s biggest concern is losing his eyesight, something that is a risk for many people with both types of diabetes.

“I know that it’s my liver that’s probably going to kill me,” he says matter-of-factly, “…but I’m hyper conscious of changes in my eyesight. That’s what scares me.”

“If you’re having a lot of sugar at once, every time you hit that peak, you can end up with another burst blood vessel in your eye. And that doesn’t really recover, especially if you just keep pushing it with your diet.”

At home, Kevin has two dogs and three cats keeping a close eye on him, and his dinner. He says none of the animals had a problem living onsite at the cattery, and some of them even helped out.

“Zoe’s the boss, she’s a ten-year-old tortoiseshell. Then there’s Pumba, a black moggie, and Guido, a Manx cat – they’re both five. The dogs are Ollie, a seven-year-old Affenpinscher, he’s the father to Vera, she’s three. The dogs spend their times avoiding the cats. They know their place in the pecking order!”

Guido in particular played an active role in meeting and greeting the cattery clientele.

“Guido used to wait in the dark for people coming to the cattery, then leap out at them,” says Kevin. “They’d try to get past but it’d be like that dance in the street, when you meet someone coming the other way and you both go left, then both go right. You just couldn’t get past him.”

Pumba has the same demanding personality. “If you don’t give him enough attention, he’ll sit on the back of the chair and bite your hair – it really hurts, he’s a right bastard!”

Unfortunately, Kevin sold the hotel in February this year, but has pursued a career in accessibility, which he’s very passionate about. He’s currently working for the local City Council, helping ensure that government resources and services are accessible to everyone who needs them, and is a trustee on the board for Deafblind New Zealand. 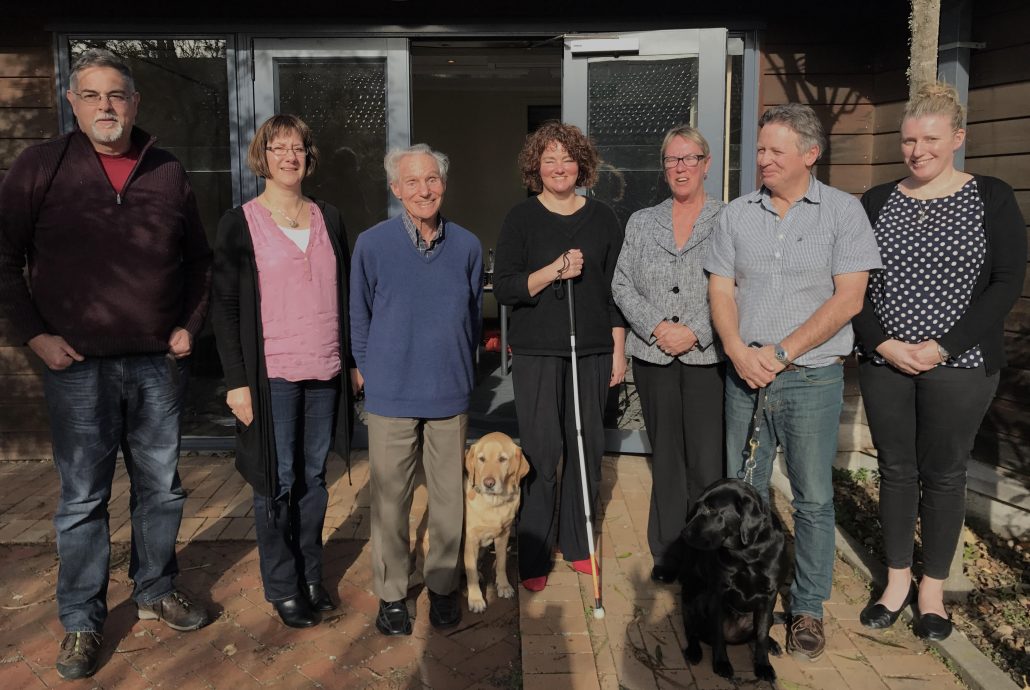 These days, Kevin Prince no longer works as a cat hotelier, but he’s a trustee on the board of DeafBlind New Zealand.

“Technically I work in IT, but I’ve always been more interested in the people side of things. And accessibility: I have a very holistic view of that.”

“A while ago, I was helping a woman with low vision. She was studying, but she could only do about twenty minutes at a time before she was in pain. I observed how she was using her computer, hunched up, sitting on a dining chair. The problem wasn’t her eyes–it was her back and the way she was sitting. Once that got sorted, she could study for two hours straight.”

“I loved the cattery work, but this gives me the opportunity to both help others, and to look after myself–to actually make and eat good meals, to get out for a walk. I lost my father when he was only 66. I don’t want to go down the same road.”

Plus, he gets to spend more time at home with his own menagerie. 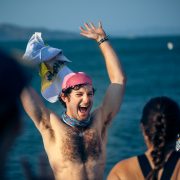 Half a Beard, a Fake Moustache, and 4,200 Miles Biking with Type 1
Zoe Mendelson
A Dance Class for Parkinson’s

Charting Her Own Flight Plan
Don’t miss one more amazing story.
Every week, we’ll send a few of our favorite stories to inspire you.
Send this to a friend
Scroll to top