The Computer Scientist Trapped Inside His Own Body

Martin Pistorius was 14 when he became locked inside his own body, powerless to move or speak. But computers helped free him.
locked body syndromparalysis 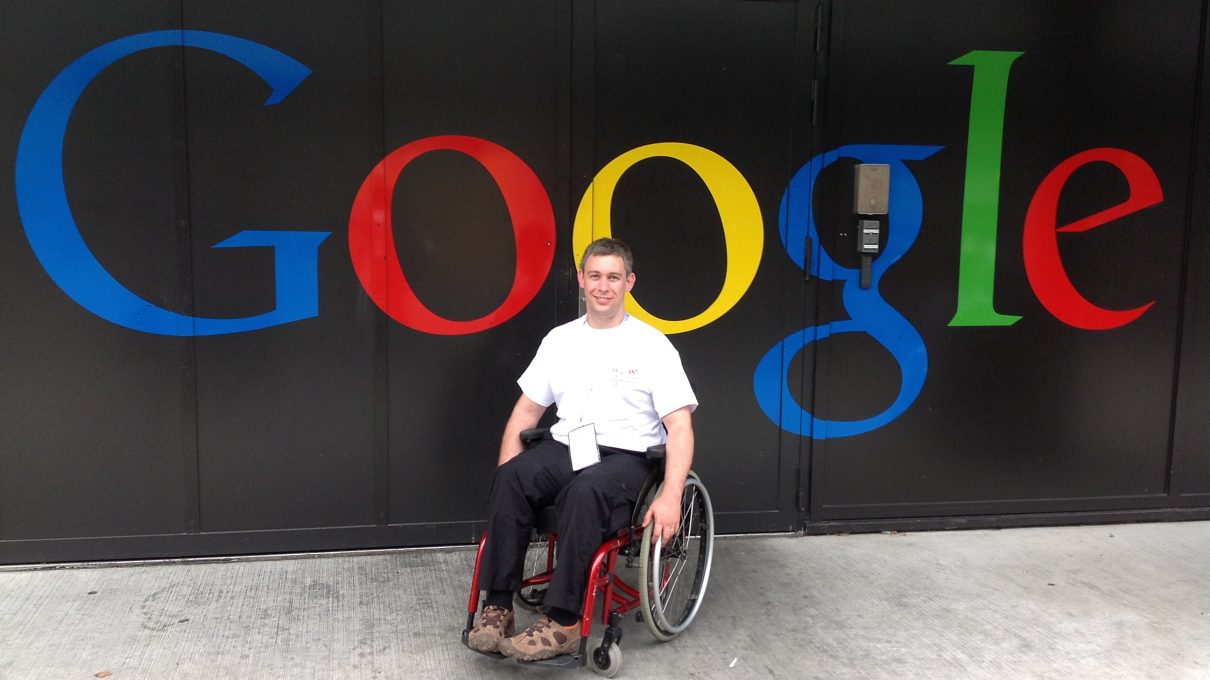 Martin Pistorius understands time in a way few do. He knows its stretching minutes, hours and years intimately, its tick-ticking that only seems fast when we are preoccupied with living in motion. When he was twelve years old, in his native South Africa, Pistorius became mysteriously sick. His voice went. He stopped eating. During the day he slept for hours on end. Within less than two years, he was in a wheelchair and mute. Doctors diagnosed him with an unknown degenerative disease, giving him two years to live. He didn’t die, but his body broke down.

For three years, Pistorius was in a vegetative state, knowing and feeling nothing. Then, one day, at age sixteen, in 1992, he began to wake up. By nineteen, he was fully awake. But it was only his consciousness that returned. His physical self was left uncontrollable: he was trapped. Those around him thought he was gone, his mind turned off and only his body functioning, but it was the other way around. Pistorius took in life as a helpless bystander. His mind, desperate for distraction, turned the banalities of his hospital room into a kind of theater, everything from the nurses to his family members to insects on the windowsill becoming characters. When he could find no outer entertainment, he turned to imagination. He learned to tell time by the way the light fell in the window. 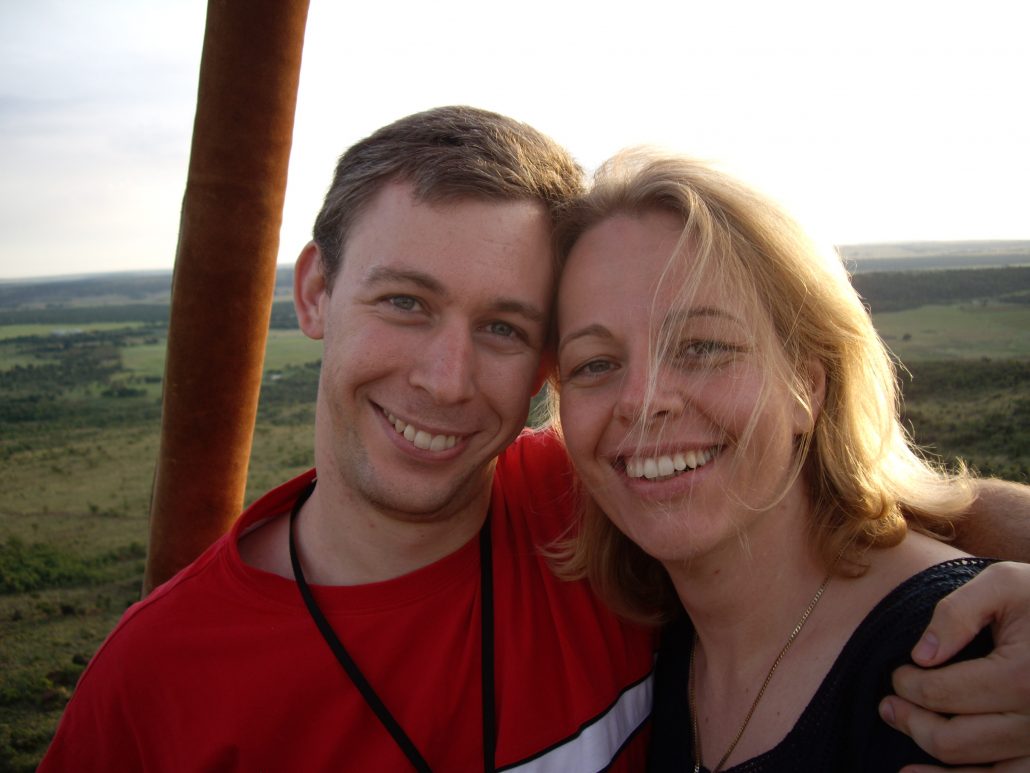 Martin Pistorius and his wife, Joanna.

For three years, Pistorius was in a vegetative state, knowing and feeling nothing. Then, one day, at age sixteen, in 1992, he began to wake up.

One day his caregiver, Virna van der Walt, noticed something odd. Using his eyes, the only organ he could function, Pistorius seemed to be responding to her questions. Sensing that he might still be there, Walt had him moved to the Centre for Augmentative and Alternative Communication at the University of Pretoria for testing. He was twenty-five. Doctors there confirmed what Pistorius had known for nine years: he was still there.

Soon, Pistorius was given a computer with software that enabled him to communicate. His body began to rehabilitate. Slowly but surely he regained control. Pistorius got an education, began a career in computer science, got married. In 2011, he published a book on his ordeal. He called it Ghost Boy. “Have you ever seen one of those movies in which someone wakes up as a ghost but they don’t know they’ve died?” he writes in the prologue. “That’s how it was, as I realized people were looking through and around me, and I didn’t understand why.”

Today, Pistorius regularly speaks about his ordeal. He still communicates through a computer and is wheelchair-bound. He has also become active in raising awareness for augmentative and alternative communication, or AAC; in June, he received an honorary Doctorate from the University of Dundee for his work in the field. We reached out to hear more.

What is the most common question you receive about your time trapped?

Probably the most common question is, “How did I cope?” People who have read my book also very often ask about my parents, especially my mom: what effect did it have on my parents and family? My entire family’s lives became consumed by taking care of me the best they knew how. Their friends seem to drift away, my brother and sister perhaps didn’t get all the attention they deserved and my parents had many arguments about me and my care, no doubt aggravated by the stress and strain of the situation. 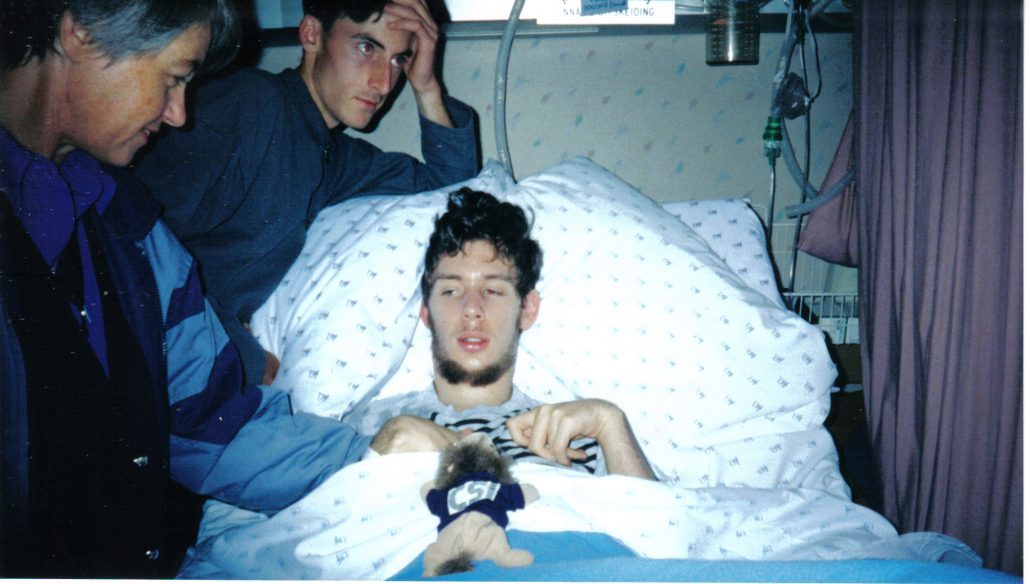 What were some ways you passed the time during those years?

Mostly through escaping into my mind. I would literally lose myself in my imagination. I’d imagine all sorts of things, like being very small and climbing into a spaceship and flying away. Or that my wheelchair would magically transform into a flying vehicle ala James Bond, with rockets and missiles.  I write a lot about this in Ghost Boy but I would sometimes watch things move, whether it be how sunlight moved throughout the day. Or watching insects of some sort scurry about. But, really, I lived in my mind to the point where at times I was oblivious to the world around me.

I lived in my mind to the point where at times I was oblivious to the world around me.

I would also have conversations with people in my mind. Perhaps one of the staff said something about my father which I knew wasn’t valid or fair. I would then in my mind discuss the issue with them and say what I wanted to say. Or there would be something I heard on the radio or television and I would have conversations about that. To be honest I still find myself doing it. I sometimes find myself talking to Joanna, my wife, in my mind when she’s not with me, and I sometimes then need to make a conscious effort to actually tell her when we are together.

What were some things which people around you did during those years that you enjoyed?

I can’t really say people ‘did stuff’ for me. Obviously, I was cared for, but I was like a potted plant if I can be that blunt. There wasn’t really ever that people played music for me. I enjoyed it when the radio was on, but that was usually on because of the people caring for me were listening to it, not for me.

Obviously, I was cared for, but I was like a potted plant if I can be that blunt.

What were some things people did which you did not enjoy?

As I write about in Ghost Boy, all the abuse I suffered. Essentially for more than ten years, people who cared for me abused me physically, verbally and sexually. The first time it happened, I was shocked and filled with disbelief. How could they do this to me? I was confused, I felt what had I done to deserve this? Part of me wanted to cry and another part wanted to fight. Hurt, sadness and anger flooded through me–I felt worthless. Being trapped within my body, I was the perfect victim, I had no way to tell anyone, and there was no one to comfort me either. 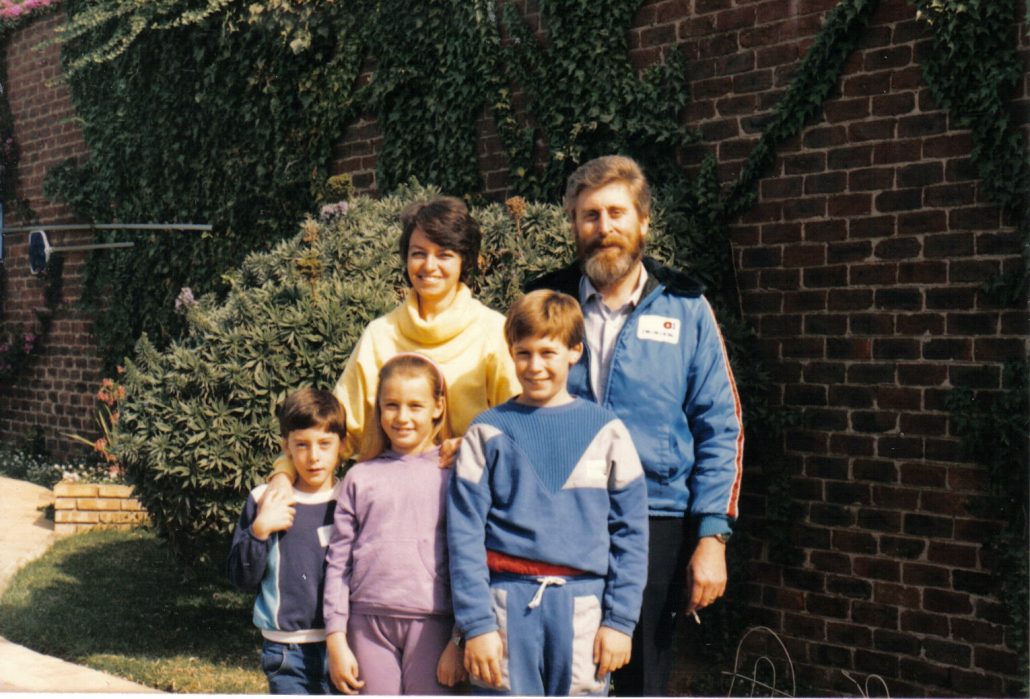 The last normal family photo of the Pistorius family, before Martin’s diagnosis.

I know you could see things but could you feel as well? Could you taste/smell? Were you able to sleep?

Yes, I could feel, smell and taste. Yes, I slept.

What did you eat?

That’s kind of difficult to answer because we are talking a period of time more than a decade, so it changed. But one of the things that sticks in my memory is the fact that I got fed a lot of strewed fruit which was puréed. This was fed to me because of difficulties with my bowel function.

Being trapped within my body, I was the perfect victim, I had no way to tell anyone, and there was no one to comfort me either.

What sorts of impacts did that period have on your mind and your thought processes today?

It’s kind of tough to know what is a result of my experiences and what is natural, as I can’t really remember my life before. However, I do feel I am much more patient and tolerant. I am without doubt more appreciative of life and know how precious the small things in life are. I feel I am also able, for the most part, not to worry about the things I can’t control. I feel too I am far more compassionate. 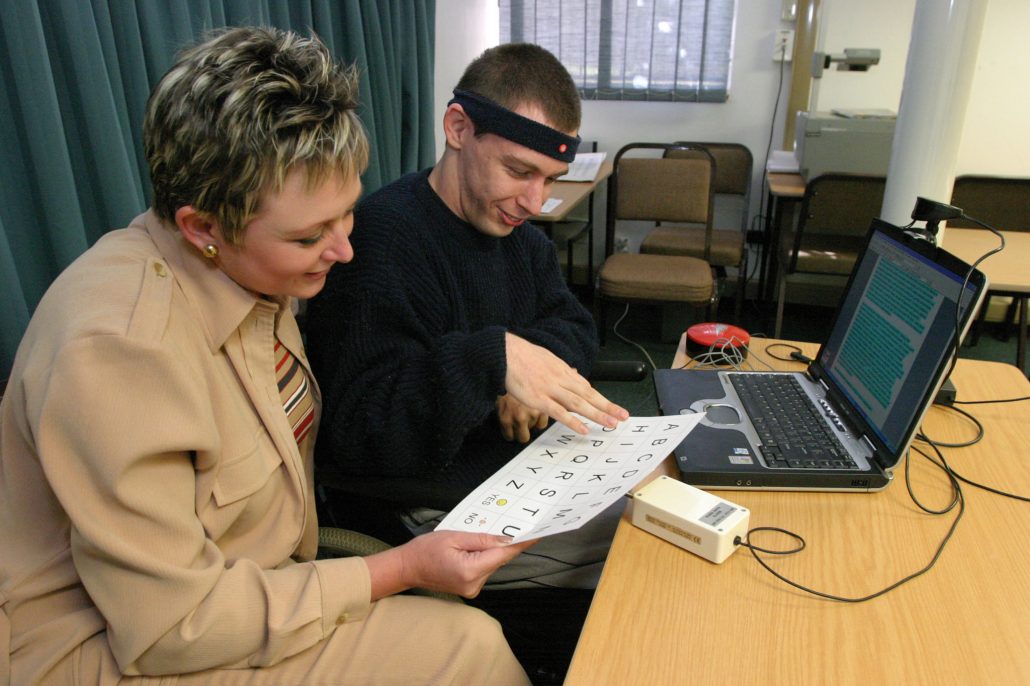 Today, Martin uses a wheelchair to get around, and a special computer program to help him communicate. Photo: Lisa Hnatowicz

Once you regained control of your body, what was your rehabilitation like? What were the biggest challenges to coming back to normal life?

In a way, while I had if you like ‘formal rehab’ like physical therapy, I see it more as just living life and working really hard to get to where I am today. It has been a very long–many, many years–and challenging process. I see it more like I was given my life back and I am so fortunate and so blessed that I want to make the most of it. It’s been tough, really tough, but also absolutely wonderful. The physical challenges have been difficult and really frustration. However, the mental ones are probably more intense and overwhelming. There was so much I didn’t know, simple things like going to the store.

I was given my life back and I am so fortunate and so blessed that I want to make the most of it.

Do you do any sort of advocacy work today with people in comas? Have scientists studied your body to try to figure out exactly what happened?

No, I don’t really do any advocacy work as such. I am however the patron for Communication Matters, a UK charity for people who have complex communication difficulties.

I am also really fortunate that through my life and the opportunities I get able to create a lot of awareness for augmentative and alternative communication (AAC). In fact in June I received an honorary Doctorate from the University of Dundee for my work in the field of AAC and computer science.

AAC is a collective term for a host of strategies to help people with communication disabilities. These can be from the most basic cause-and-effect to highly complex language encoding systems. They can be both low tech, even ‘pen and paper’ solutions to very high tech systems, like the system Stephen Hawking used. In simple terms AAC helps people who can’t communicate using natural speech to be able to communicate. 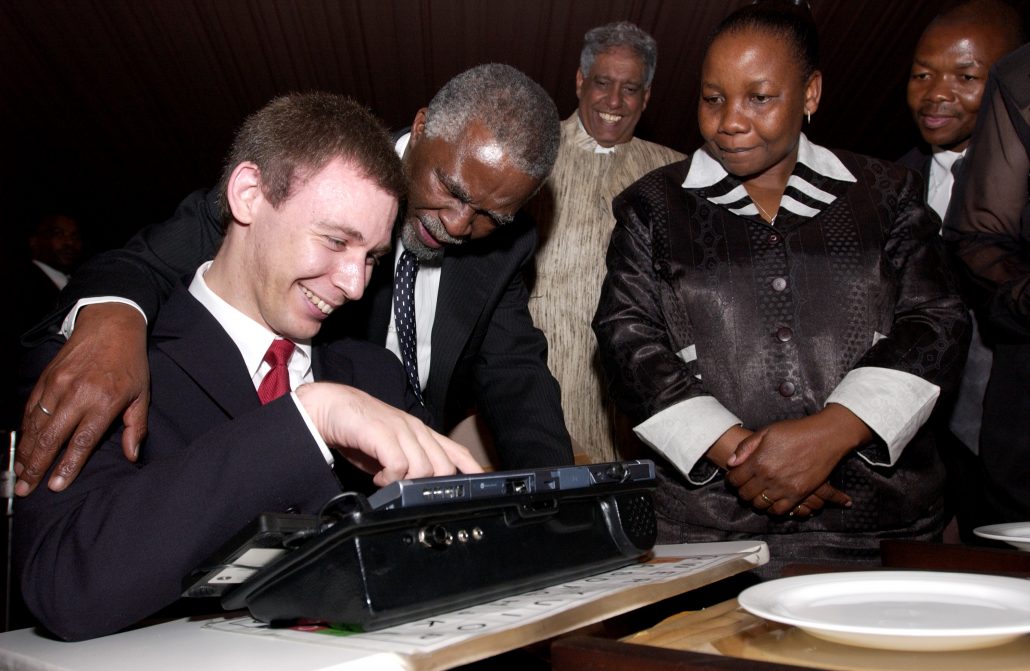 I personally use both a computer-based AAC system as well as a paper-based one. I have an alphabet board which is literally a board with the alphabet printed on it that I can point to the letters to spell out what I want to say. I also have specialized software on my computer, and an app on my iPad and iPhone which I use. It gives me a synthesized voice.

I am a computer scientist and one of my first jobs was at a Centre for Augmentative and Alternative Communication where I was part of the team who saw people with communication impairments and helped them to find ways to communicate. I worked there for four years before moving into the mainstream computer sector.

However, in some or other way I seem to always get involved with AAC. I have given many talks all over the world about AAC, its importance and the impact it has, including to the House of Commons in England and most recently in Washington D.C. I have also been involved with various projects to develop AAC systems. 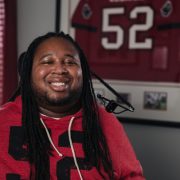 Belief and the Wheelchair Warrior
Fiona Tapp
I Tried To Quit My Job Because Of Psoriasis, But Thankfully, They Wouldn’t...

Dating With A Self-Destructing Thyroid
Don’t miss one more amazing story.
Every week, we’ll send a few of our favorite stories to inspire you.
Send this to a friend
Scroll to top