They told them deaf people couldn't be porters, but Augustino Vasco Namtuo and Ernest Joseph Antoni proved everyone wrong.
deafnesshard of hearinghearing impairment 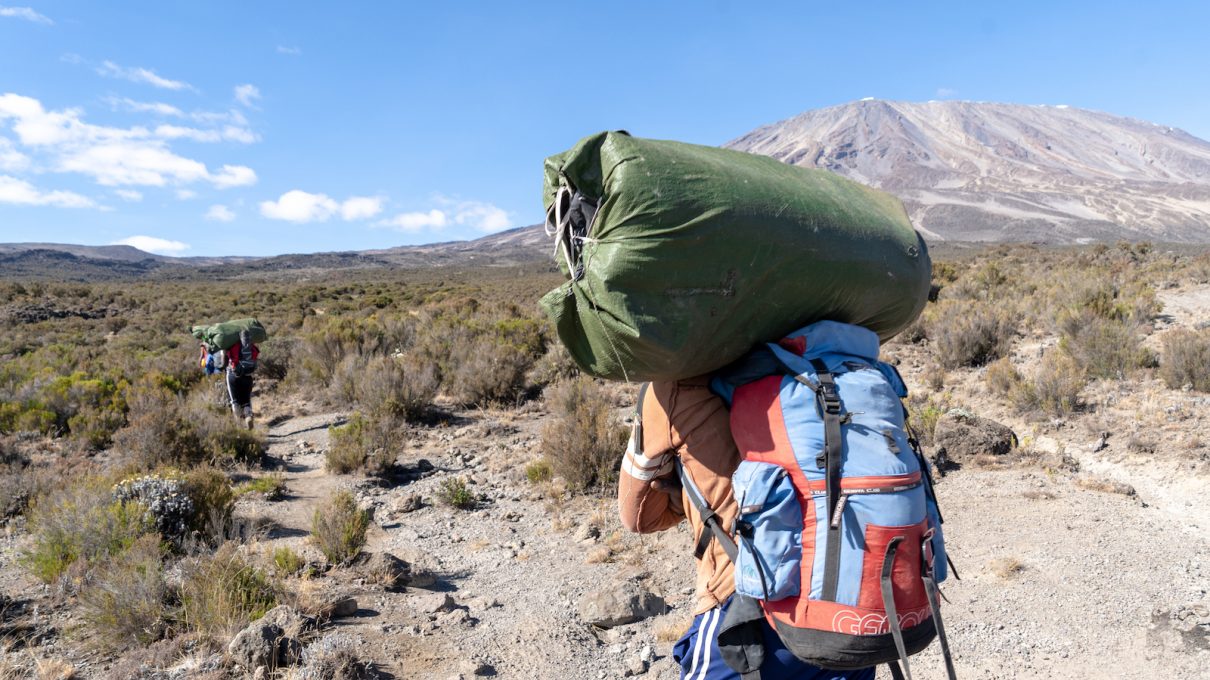 Every month, thousands of climbers trek across dense forests, dusty deserts, and a sandy maze of switchback trails to check off one bucket-list life goal: summiting Mount Kilimanjaro. The high-altitude summit is challenging—climbers risk pulmonary and cerebral edemas, not to mention injuries. Those who successfully reach the 19,341-foot Uhuru Peak leave with a permanent sense of pride.

But for porters, Mount Kilimanjaro is about more than pride, and it’s more than a bucket-list checkmark. Africa’s tallest mountain is lifeblood for local porters across northeast Tanzania. And for Augustino Vasco Namtuo and Ernest Joseph Antoni—among the first hearing-impaired Tanzanians to work as porters—Mount Kilimanjaro offers the rare chance to overcome societal setbacks. 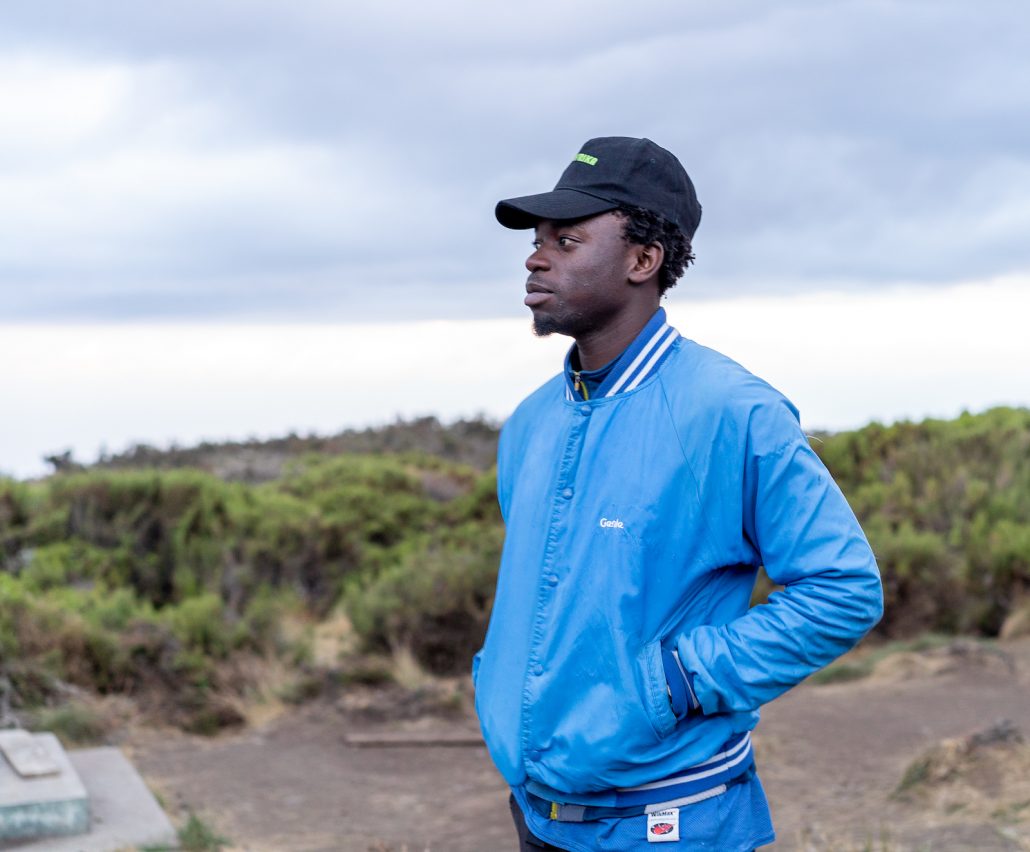 Augustino Vasco Namtuo is one of the first hearing impaired porters to climb Kilimanjaro.

The young men, both 23, grew up bonded over their similar disabilities: Namtuo is deaf and Antoni is partially deaf. They attended primary school together in Arusha. While most of their classmates went on to secondary school and advanced-level education, these two were left behind. Few hearing-impaired children make it past the seven years of primary school—Tanzanian teachers rarely know sign language—and private special-needs secondary schools come with high price tags. That’s why, following graduation in 2014, their teacher recommended a carpentry skills workshop designed to help hearing impaired youth. Their parents couldn’t afford proper secondary education; this was their best career option.

But halfway through building a set of desks, Namtuo and Antoni noticed their career aspirations shifting. The carpentry workshop founder and teacher, Godwin Temba, mentioned his mountain climbing career. The awestruck boys took notice. Temba is the owner of Kilimanjaro outfitter Amani Afrika; he has successfully summited Africa’s tallest mountain over 200 times, and one time climbed up and down Kilimanjaro in 24 hours. 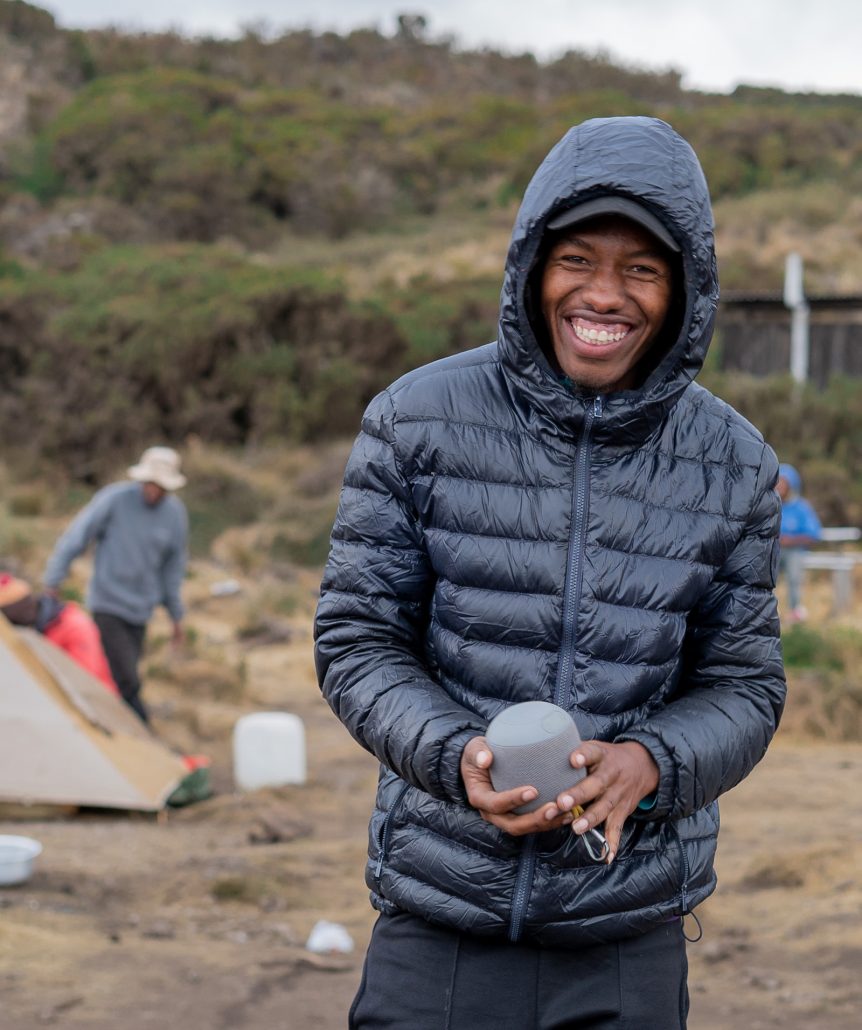 Ernest Joseph Antoni is another porter who is hard of hearing.

In his spare time, Temba runs workshops to help deaf youth learn hirable skills such as carpentry, but he never considered adding “porter training” to the mix. Then again, he’d never met Namtuo and Antoni.

“I noticed their interest in climbing, so after class, I asked them if they wanted to go on the mountain as porters,” Temba said. “Everyone thought I was crazy. I heard ‘what if’ after ‘what if,’ but I told myself if they have the energy and passion to do it, then they can do it.”

“Everyone thought I was crazy. I heard ‘what if’ after ‘what if,’ but I told myself if they have the energy and passion to do it, then they can do it.”

While Namtuo and Antoni were giddy about the possibility of working as porters—they wanted lives filled with adventure versus carpentry—the same couldn’t be said for their skeptical parents. Climbing Mount Kilimanjaro is tough for anyone, let alone someone missing a key sense.

In the end, passion trumped practicality; the boys wouldn’t take no for an answer. “Augustino and Ernest have always been strong willed,” said Vivian Temba, director of sales and marketing for Amani Afrika. “They insisted they should at least be given a chance.”

In 2015, the boys joined Amani Afrika for their first ascent as porters. [Godwin] Temba joined the climb to guarantee Namtuo and Antoni weren’t overextended. His protective approach didn’t last long. 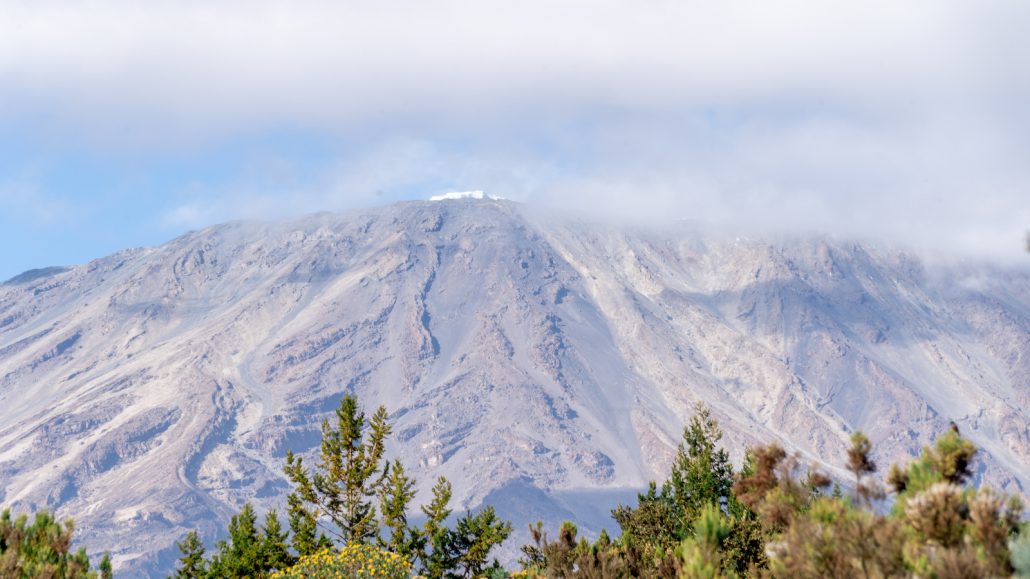 Mount Kilimanjaro in all its glory.

“I felt like I had to go to make sure they were safe, but those boys didn’t need me,” he said. “I tried to cut the luggage they were carrying up the mountain—instead of 20 kilograms, they were given 10—but the boys protested. They wanted to carry the same as the other porters.”

After just one climb, Temba knew the boys were born to be porters. They had positive attitudes, physical strength, and the ability to creatively communicate with fellow porters and guests.

“These two paid attention to what other porters did and they’d replicate it,” Temba said. “Just because they’re missing their sense of hearing doesn’t mean everything else isn’t working. They put in twice the effort, and their work paid off.”

“Just because they’re missing their sense of hearing doesn’t mean everything else isn’t working. They put in twice the effort, and their work paid off.”

Their hard work reaped rewards not only on the vocational front, but also in terms of their employer. For decades, Kilimanjaro porters have suffered terrible work conditions; when Temba first started as a porter, he was forced to sleep in caves and carry double the recommended weight. When he started Amani Afrika, he vowed to be part of the porter equality movement. He pays porters fairly, guarantees proper nutrition, and has guides check baggage weight before each day’s climb.

Fair pay and safe working conditions have porters vying for the chance to work with Amani. Fortunately, Namtuo and Antoni solidified their place on Amani’s team from day one. In fact, they’re two of the company’s most sought-after porters. 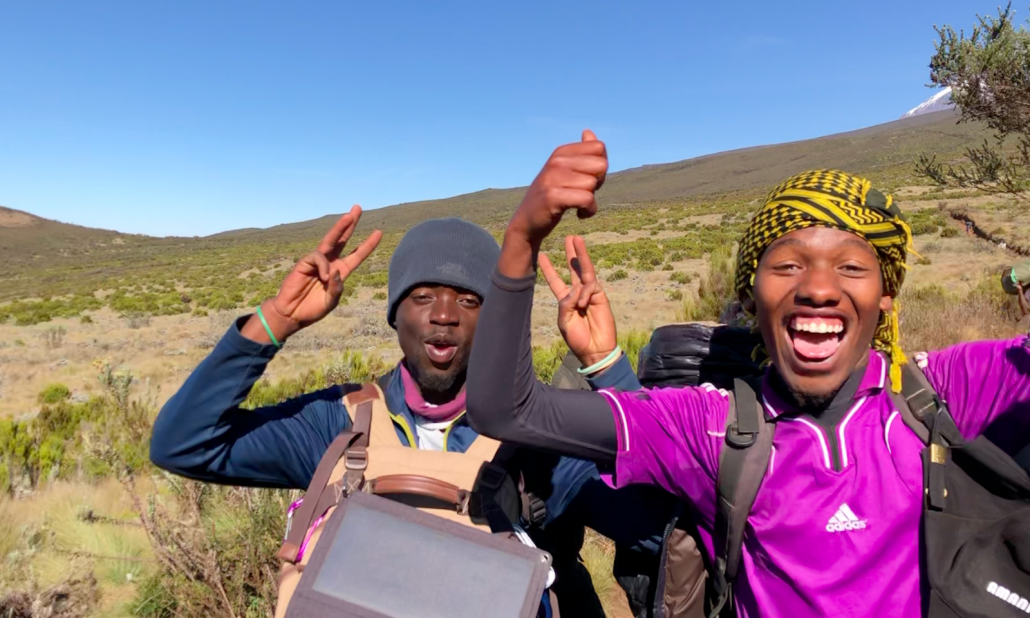 Augustino and Ernest, having fun before an ascent.

“The guides compete to have these two in their climbing groups,” Temba said. “They work hard but know how to have fun. When everyone’s singing and dancing, you’ll see them jumping and clapping along. They can’t hear the music, but that doesn’t stop them.”

When Namtuo and Antoni first climbed Kilimanjaro, Temba knew they’d face challenges. How would they hear the guide’s instructions? What if they couldn’t voice their problems? How would they communicate with clients? What he didn’t realize was that, as Namtuo and Antoni overcame their own personal mountains, they inspired everyone around them to do the same.

“When people watch these boys, they know they can pursue anything.”

“When people watch these boys, they know they can pursue anything,” Temba said. “They’re a constant source of encouragement. When clients and other porters see Augustino and Ernest climbing, they think to themselves, ‘if they can do it, so can I.’” 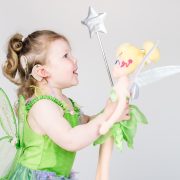 The Future Of Health Care Tech In Africa
Don’t miss one more amazing story.
Every week, we’ll send a few of our favorite stories to inspire you.
Send this to a friend
Scroll to top