The Diabetes Cyborg Hacking Her Own Pancreas

Dana Lewis invented the Open Artificial Pancreas System to make things easier for herself, and millions of others type 1 diabetics around the world.
diabetesType 1 Diabetes 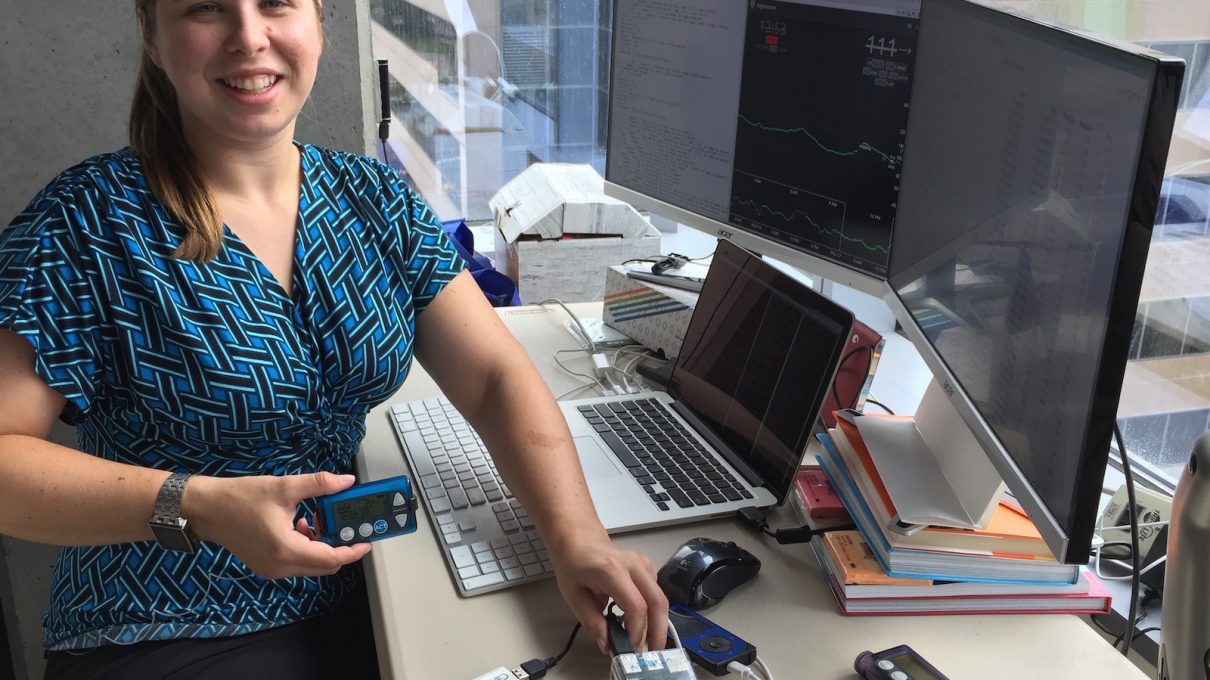 In one specific way, Dana Lewis is a cyborg. To cope with her Type 1 diabetes, the health researcher wears what she calls an Artificial Pancreas System, or APS, a sort of DIY external organ. Clipped to her hip, it consists of an insulin pump reverse-engineered so as to be able to communicate wirelessly with a small computer and radio stick. Every five minutes, the computer monitors her glucose levels then adjusts the pump accordingly, automating what has always been a human labor. Blood sugar levels can be affected by everything from stress to diet to jet-lag but the APS takes all of this into account with the sober calculating of, well, a computer. For diabetes sufferers, the device is a godsend. Lewis is its inventor.

Today, Lewis is the leader of what she calls the open source APS movement. Hundreds of people, she says, build and use an APS across the globe. Every year she counts more and much of the growth can be attributed to her evangelizing. Extremely active on social media–“a prolific Tweeter”–Lewis is constantly singing the praises of her APS experience. Her Twitter account is chock full of pictures and anecdotes; Lewis meeting up with other APS users; Lewis getting through airport security scot-free with her APS attached (“#havepancreaswilltravel”).

Lewis is, undoubtedly, totally committed to the DIY cause. With a grant from the Robert Wood Johnson Foundation, she works from her home in Seattle communicating with other APS users, all of them trying to figure out how to perfect and proliferate the device. There are around 1.25 million Americans affected by Type 1 diabetes but Lewis has nothing less than the world’s whole population of sufferers in her sights. With such a bold vision, we reached out to hear more about her plans. 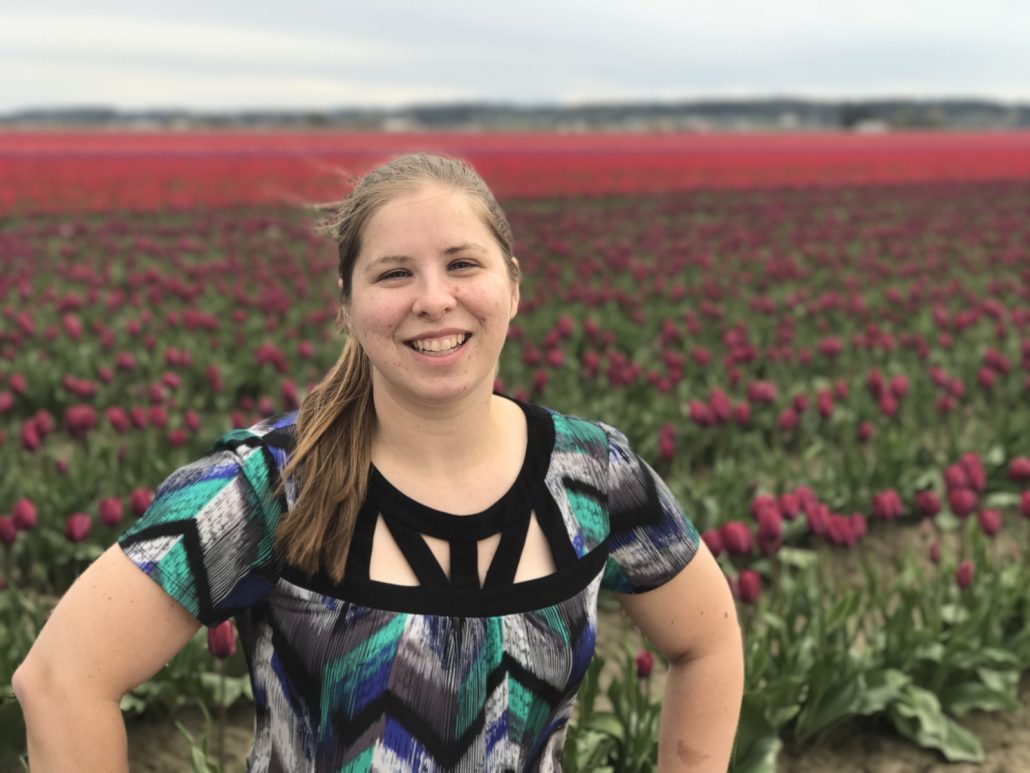 Dana Lewis standing in a field of tulips.

First off, why is the APS such a game changer?

In type 1 diabetes, what a person has to do is constantly be aware of not only their blood sugar but a lot of other factors about what they’re eating and the timing of their insulin [intake]. It’s a lot to keep track of. You have to do it 24/7, 365 days a year for the rest of your life after you’re diagnosed. What’s great about the artificial pancreas system is instead of having a human be burdened with staying on top of every single number and projection–that’s what a computer is perfect for. It can do the math every five minutes. It doesn’t get tired or emotional or worn out. It’s able to crunch the numbers and do the decision making automatically, no matter what the human is doing. It removes a lot of the cognitive burden and often achieves better outcomes than what people can do by themselves.

Looping is what we use to describe the act of using the system. It’s technically known as a hybrid closed loop but we call it an artificial pancreas. Looping is the act of closing the loop between the pump and the CGM.

How did your own experience with diabetes lead to this innovation?

I’ve had type 1 diabetes since my freshman year of high school, almost 15 years now. The APS actually started with one particular problem that I wanted to solve around making my continuous glucose monitor (CGM) louder. That’s the device that measures your blood sugar every five minutes. It’s supposed to alarm you when your blood sugar is too high or too low. But I would sleep through the alarm. It’s actually very dangerous. My frustration was around wanting to get the data off of that particular alarm in order to make a louder alarm using my phone. Once we were able to achieve that, we were able to build algorithms that led us into building the artificial pancreas. It’s funny because that wasn’t the original goal of the project. The goal was to wake me up. But now I have a device that lets me sleep and automatically takes care of everything for me. 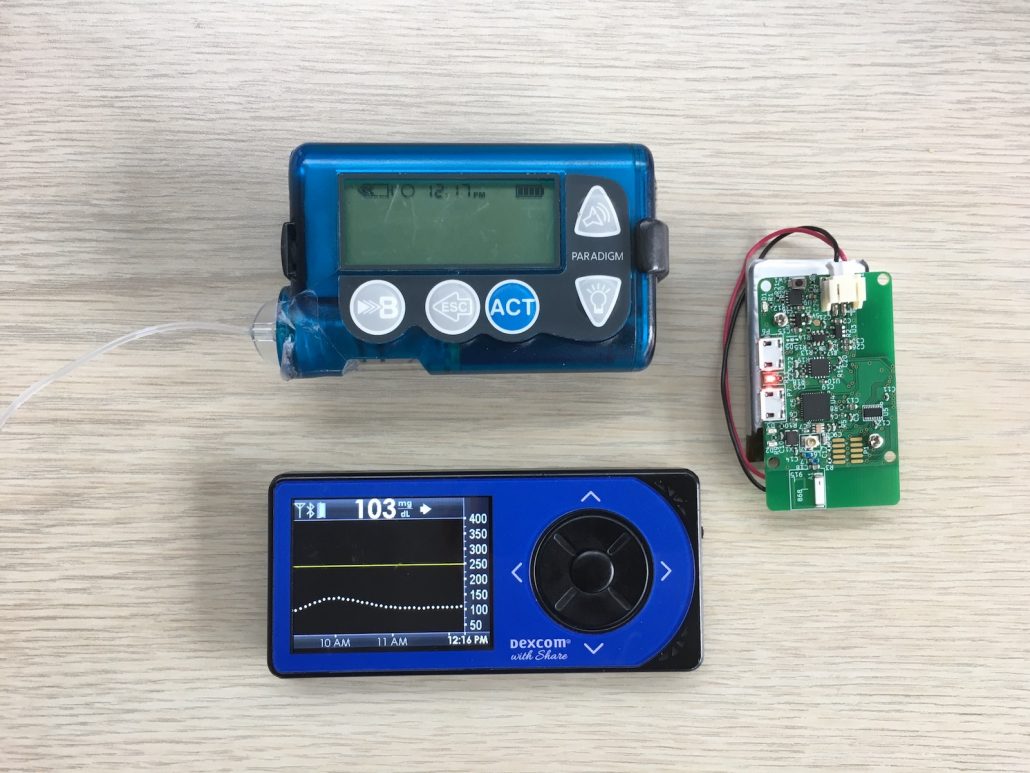 A look at an artificial pancreas system.

This is an open source community project with a lot of people. Primarily it was myself and my now husband, Scott, who was my co-design and development partner throughout this entire project. When we first met in 2013 his first question about my insulin pump was, ‘Why doesn’t it talk to your CGM?’ I said, ‘They’re different manufacturers–of course they won’t talk to each other.’ But it wasn’t until six months later that we found somebody through Twitter who had solved the problem of getting data off of CGM that then allowed Scott and I to build all of these subsequent systems. Social media really brings people with ideas together to be able to collaborate on tools like this. This might not have happened had we not had social media to connect people. We did our first louder alarm system in 2013. A year later, December 2014, we had closed the loop and built the artificial pancreas. Today, over 500 people worldwide use an APS.

Why do you consider this a movement?

It’s definitely a movement. We use the hashtag #WeAreNotWaiting. People say, ‘Why do you do this?’ It’s the fact that we are going to wait years for a commercial solution that may or may not fit our needs. Why wait when we have off the shelf consumer grade hardware that actually allows us to do this?

Are there commercials products available now?

I’m not satisfied with stopping just because there’s one thing available for a few people in one country. That’s not good enough.

There is one commercial solution that’s now available in the US. It’s very very expensive. But it’s important to realize that this is a global issue. So I’m not satisfied with stopping just because there’s one thing available for a few people in one country. That’s not good enough. We really need technology that’s available in every country. There’s a big role for the diabetes community to play in terms of educating people. If you can’t afford or access a commercial option because you can’t get insurance approval or it’s not available in your country that doesn’t mean that you have to suffer in the meantime. You do have a choice to go and try something DIY.

How are you spreading the word about this?

We have a website that links to the open source codenames and documentation. People also share frequently across social media. They blog, tweet, give talks, post videos, talk about it on Facebook. It’s really word of mouth that connects the community with one another. That’s important because it’s DIY. People have to build it themselves. There’s nobody to give them the thing because we’re not a company. We can’t do that legally. People often run into questions when they’re building it. But that’s the great thing of having a whole community because you have dozens if not hundreds of people who can help answer questions about what’s happened–if this happens on this type of computer or I have a question on how the algorithm works. So it’s a really 100% open-source effort in terms of not just the code but also the kind of help people give. 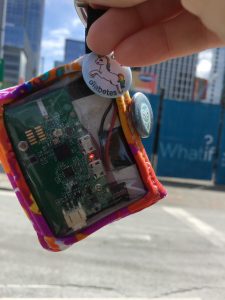 Just because an artificial pancreas is homemade doesn’t mean it can’t come with cute accessories.

Is an APS difficult to make?

There’s a perception that it is. But we actually have dozens of people who come in with no technical experience and they’re able to get it up and running in about an hour. It’s not impossible but the big barrier is people being willing to try. What’s surprisingly funny is there’s some people who come in with a lot of technical expertise and they start getting bogged down in the weeds and try to fine tune it after building it, without building it successfully first. So they’re slower to build the system than people with no technical background.

The big barrier is people being willing to try.

Once people get them going, how does the APS impact people’s lives?

For me it’s peace of mind. Others, like parents, who have a constant worry about their children and wake up several times a night to take care of their children talk about how great it is being able to sleep again. For other people it’s about having to do less work for diabetes. The amount of work it takes is so much less with this technology. Also the blood sugar itself. It’s easier to reach your goal of blood sugar and stay there with an APS.

What are you working on right now?

We are continuing to evolve both the algorithm and the hardware that we’re using. I’ve been looping now for over three years. The hardware has changed. Our biggest challenge is time. It’s a 100% volunteer project. When something comes up it’s based on us carving out the time to do it and being self-motivated. No one’s paying us. We do get a surprising amount done but more hands makes for lighter work. It’s always nice to have more volunteers join the community.

What are the demographics of the community?

We have people all over the world. Brazil, UK, Spain, Russia, Bulgaria, China, Australia. People on five continents looping. The language barrier might be bigger than the technical barrier. But Google Translate has made a big difference.

What are your long term goals?

One of the challenges right now in the US is there’s only one kind of pump which is loopable. These are old pumps which have technically been recalled because of a quote unquote security flaw. Somebody found the ability to remote-control it. The FDA told the company to recall it. But that same kind of flaw is what actually allowed them to remotely communicate with our computers, which is actually ideal. So those of us who are looping have decided that the benefits of looping outweigh the minimal risks of somebody trying to do something malicious.

These pumps are not brand new. You can’t buy them in warranty. You run the risk of your pump breaking and having to buy another one on a secondhand market. There are other pumps available from manufacturers elsewhere around the world that have bluetooth built in, modern pumps without security flaws. We’re working with pump manufacturers to have them bring a modern pump to market in the US and elsewhere around the world where we don’t have to rely on the security flaw and can actually use an in-warranty modern pump. We’re trying to facilitate the use of open protocols, so instead of having to hack the communication and do a lot of reverse engineering work we’d much rather have a clearly documented communication protocol that the user can safely and securely use. A big push of our community’s work is pushing those companies to bring these to market.  We shouldn’t have to reverse engineer medical devices. 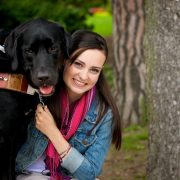 A Day In The Life Of An Overstimulated Family of Six
Don’t miss one more amazing story.
Every week, we’ll send a few of our favorite stories to inspire you.
Send this to a friend
Scroll to top