The Diagnosis That Wasn’t

Learning about my son's ADD has finally helped me better understand what was going on with my brother, the black sheep of the family.
addODD 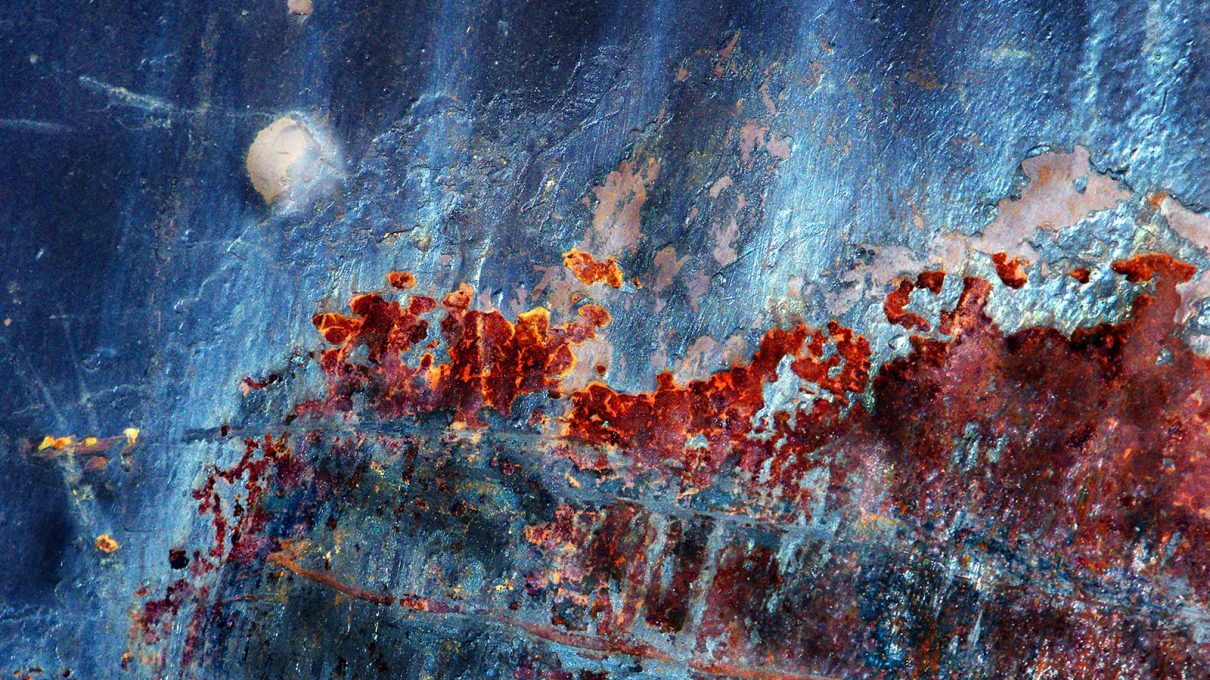 When my nine-year-old son, Max, was diagnosed with ADHD last year, I immediately went into education mode. I started reading books. I watched videos. I signed up for a parenting class. So many of the struggles my husband and I had been having with our parenting suddenly made sense.

Something else made sense too—something that had very little to do with Max, and yet everything to with him.

I came across information about a condition that often goes along with ADHD called Oppositional Defiant Disorder, or ODD. Children with ODD tend to have a great deal of aggression. They make a habit of bothering, irritating, and provoking other people on purpose. They can be mean, hostile, and defiant, often refusing to comply with adults’ requests or rules. They consistently blame others for their mistakes. They tend to be touchy and easily annoyed. They lose their temper frequently, with outbursts of aggression. Some children outgrow it; others do not. Untreated, ODD can lead to behavioral problems in adolescence, and substance abuse later in life.

This didn’t describe my Max, but it did perfectly describe someone else: my brother, Paul.

In fact, I recognized Paul in nearly every symptom. 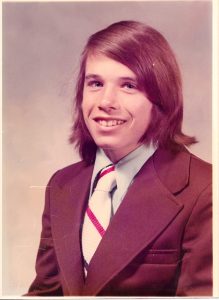 Deliberately trying to irritate and provoke? Does snapping fingers in front of your face, stealing your stuff, calling you names, monopolizing the conversation, and immediately changing the TV channel when walking into a room count?

Refusing to comply with adults? We have examples of the less-serious variety, like when Paul insisted on wearing cut-off jeans instead of swim trunks one of the very few times my parents could afford to take the whole family to the pool—and then refused to wear the swim trunks that my mom bought for him at the pro shop, and instead sat there miserably, thereby making all of us miserable. Then there are the more serious examples, like sophomore year in high school, when Paul refused to do one single assignment. He failed and then dropped out.

Many families can point to “the difficult one.” The black sheep. The one you wonder about. Sometimes, it’s more humorous than serious, when the stories start flowing about the crazy things they did. With distance, stories of defiance and acting out almost have a theatrical quality. One sibling starts: Remember when he stole that bike? Another sibling picks up the action, Yeah, and then he put it in a tree! Everyone laughs. There is a shared acknowledgment. How did we all survive growing up with him?

This is all presuming that it got better. That it was a difficult phase, but that the family member is now laughing with you, because they’ve come out the other side and now their life is together.

Or . . . that they’re dead, and telling and retelling the stories is like continual group therapy for the survivors.

In our case, it’s the latter.

For the majority of my life—that is, every minute of my life until I read about ODD—I never had any explanation for Paul, other than he was the anomalous difficult person in an otherwise high-functioning family.

For the majority of my life—that is, every minute of my life until I read about ODD—I never had any explanation for Paul…

Born in 1960, Paul’s childhood was of another time period—several decades before so many behavioral problems were diagnosed and treated. He was the second of seven children, whereas I was the last of the gang, not coming along until 1974. This means I’ve learned about his childhood through the people who were around for it. I’ve got these snippets of moments and tail ends of conversations—but mostly, what I recall is a general feeling of things not being settled. I remember my mom in the kitchen kneading dough with a fury, the smell of worry and bread baking in the oven.

My parents struggled with him early on, and it never let up. He demanded so much more attention than any of their other children. His reactions were more extreme. The discipline methods that worked on the rest of us (mostly just being afraid we would disappoint our mother or our father would yell) did not work on him. In fact, they only provoked him more. And then he provoked everyone around him. When Paul was around, things were always at their edge, whether it was the edge of a fight or the edge of irritation—that was true even after he moved out, got married, and had a son. We doted on my nephew (the first grandchild), but things never smoothed out for Paul, because he opposed every attempt at help. He blamed others instead of problem-solving. His marriage failed. Multiple jobs as a roofer failed. He had alcohol and drug problems his entire adult life. His dependence on pain pills would ultimately be his end at the age of 49—nine years ago. 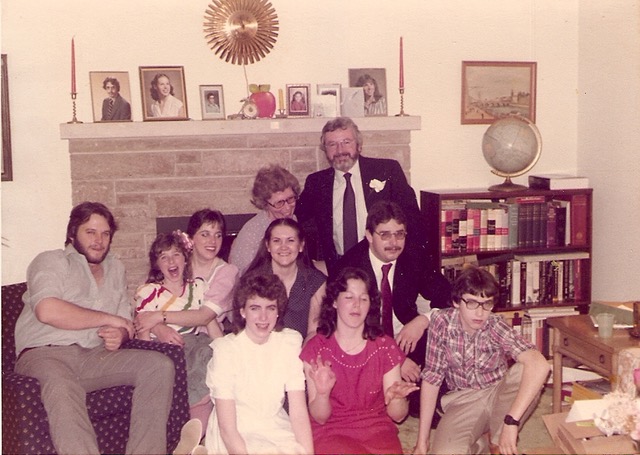 My five siblings and I still go over the details of Paul’s life, like a hat full of stories sitting in the middle of the room, with each of us taking turns picking one out. This is part of keeping someone’s memory alive, and none of us want to forget Paul, as challenging as he was. In fact, with each passing year, we’ve softened toward him. I held him in judgment for so long, and I’ve worked to let that go.

Now though, I find myself looking back through the lens of diagnosis and intervention. Because there was very limited awareness about conditions like ODD, there were no interventions for my family—other than the one time my parents tried family counseling with a nun, who offered prayers, but no solutions. Teachers routinely complained about Paul, but there were no 504 plans. No assessment form from the pediatrician. No blogs. No parent support groups or education. “Hyperactive” kids were sometimes prescribed stimulants, but our knowledge base about these behavioral conditions was so slim. We had a loving home with exceptionally good parents. What we didn’t have was information about conditions like ODD.

We had a loving home with exceptionally good parents. What we didn’t have was information about conditions like ODD.

I know there is a way in which it’s moot. What good could it do to go back and figure it out, some post-mortem diagnosis that cannot change the outcome? Partly, it’s that I want to present the evidence to my mom, who is still sharp at 82 (my dad has passed), to say: See mom, you couldn’t have known. Nobody knew.

It’s about my own reckoning, too. I grew up in the shadow of an extremely difficult individual. But I put the difficulty all squarely on Paul’s personhood—assigning his poor choices to the core of who he was. It’s the easiest thing in the world to hold an uncomplicated belief that everything comes down to personal responsibility when your prefrontal cortex functions in the way that makes the “right” choices not so difficult.

Before the ADHD diagnosis, I was making the same miscalculation with my son. “Why would you choose to do that?” I would often ask Max when he had failed to control some inappropriate impulse, like doing a backflip in the library. I would level this question at him, using the same scornful tone my dad would use chastise Paul.

Forgiveness, patience, and acceptance: These are beautiful things we need as humans living inside families.

Forgiveness, patience, and acceptance: These are beautiful things we need as humans living inside families. They are things that make love flow, but they cannot necessarily change outcomes. For that, we need information.

For my brother’s memory and for my own son, it’s my job to take the information my generation now has and use it to move forward, to a better place. Some days it all feels peculiarly non-linear, more a circle than a straight line. But I don’t think the past is such a bad thing to keep with me on this parenting journey.

Jennifer Furner
Useful Resources
Do you know someone else who would enjoy this story?
You might also like...
Find Her In The Fog
Erin Ollila
Community Roundup: What Advice Would You Give The Recently Diagnosed?

Moleskines & Memory
Don’t miss one more amazing story.
Every week, we’ll send a few of our favorite stories to inspire you.
Send this to a friend
Scroll to top