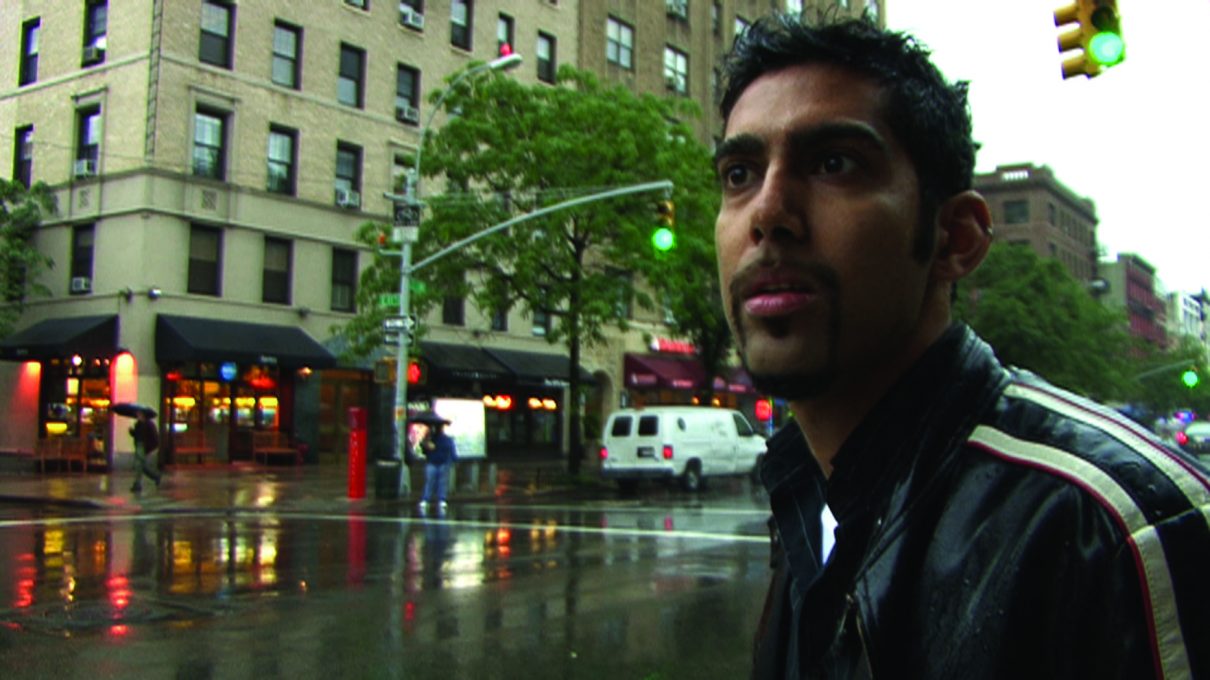 Several years ago, after being diagnosed with primary progressive multiple sclerosis, filmmaker Jason DaSilva gradually lost the ability to walk. Constrained to an electric scooter in New York City, he soon experienced what many mobile-impaired do, the frustration of urban inaccessibility. “I would be out with my friends going to some place and there’d be a stair or two. There was no way for me to get in, so my night would be over,” he recalls. But DaSilva had an idea: who better to know which places are accessible or not then the disabled themselves. If such knowledge was available on a single map, life would go a lot smoother.

In 2009, as the iPhone was becoming popular, DaSilva launched AXS Map (AXS as in “access”), an app which crowdsources accessibility information and lays it out on an interactive map powered by Google, which has supported the project with a grant. It has since become one of the most widely used disabled apps on the market. It is very much still growing. DaSilva, through his organization AXS Labs, hopes to include as many cities and places as possible. Right now, it is especially popular in New York, where DaSilva lives. Toronto, Vancouver, San Francisco and San Diego also boast lots of users, he says. The more users, the more comprehensive the app can be. “We’re getting a lot of information,” says DaSilva. “We have over 170,000 places rated.” But, he adds, they need more. “It’s not something that just we can do alone. We all have to work together.”

Prior to his diagnosis, DaSilva led a disability-free life. He was successful a filmmaker with two critically-acclaimed documentaries under his belt. Then one day, at age 25, while on a beach with his family, he fell and could not get back up. “I went from walking, being totally fine, to going into a scooter then into a wheelchair,” he says of the transition. Encouraged by his mother, DaSilva decided to document his tribulations which he then turned into a film, When I Walk. It debuted at the 2013 Sundance Film Festival. He is currently working on a companion film, When We Walk, which he hopes to release this year. DaSilva also regularly travels to speak about his story and AXS Maps. Recently, he was in Istanbul. He has also spoken at the United Nations Zero Project Conference in Vienna. We reached out to hear more about the app, his filmmaking and how technology is changing the way the disabled navigate the world. 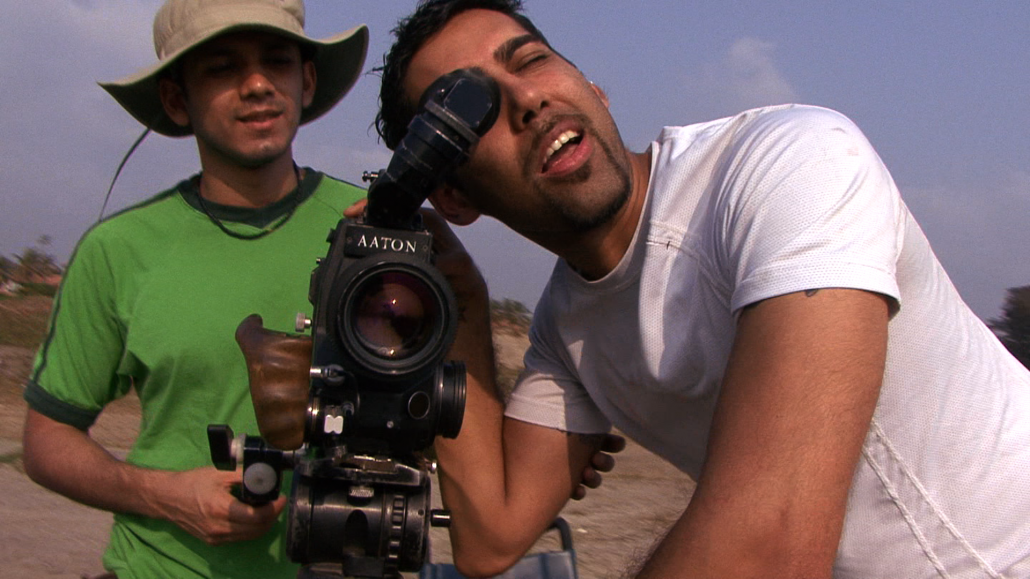 Prior to his diagnosis, DaSilva led a disability-free life. Then one day, at age 25, while on a beach with his family, he fell and could not get back up.

What is AXS Labs?

It’s our non-profit, around since 2008. Its mission is to serve people with disabilities through media and technology. It’s focused on the app as well as my film projects. We’re also trying to do some things around changing national healthcare policy but we don’t want to take on too much. We’re growing, but not rapidly. We’re keeping stable. The team is small, just four people. But we have room to grow. We just need funding to make that happen.

What makes a place accessible or not?

When I conceived of the app, I originally was looking at if a place displayed accessibility signs, does it have a ramp or stairs, an accessible bathroom, etc. But the longer I’m in this field, it’s got to be across disabilities. It has to include the hearing impaired, the blind, the immobile, people with cognitive issues. There’s a lot to think about.

You mentioned that New York is ranked pretty highly in ter ms of disability-friendliness. Who decides such a ranking?

There’s a report that’s regularly released called “The Case for Inclusion”. It’s done by the United Cerebral Palsy Foundation. They ranked the states. That sounds very general but it’s based on their medicaid support services, not on their medicare, which is equalized everywhere as a federal program. Medicaid is a state program. At the end of the day, it’s about independent living for people with disabilities. I don’t think I know anyone who wants to be in a nursing home. But that’s the other option.

AXS Maps aims to crowdsource accessibility data from a team of dedicated users.

Are accessible businesses getting more disabled customers now as a result of AXS Maps?

I haven’t done the work to know but that would be something a research team could do, to see what the potential market impact is. I would like to do that at some point.

What sorts of responses from users have you received?

They say that they love the app, that it’s great. But it’s crowdsourced, which means you can review a place as a five then someone else can rate it as a three and it’ll do an overall rating as a four. The reason for that is I may be in a scooter that can’t go through doors or up a big long staircase or a big winding ramp but somebody else may be able to use a cane and get in fine. So they’d review it as a five where I’d say a three. Different equipment and different means.

What are some future plans for the app?

Multiple sclerosis is always changing and my vision has been getting worse over the years. Now it’s at the point where I can’t properly see my own app. Machine learning or artificial intelligence is really interesting to me now. That’s where I think it’s really going to help people with disabilities. I could say, “Hey AXS Maps, tell me what coffee shop near me is wheelchair accessible” and it would give me a return. I’ve got the data now to do that. It just needs to be programmed in that way.

Multiple sclerosis is always changing and my vision has been getting worse over the years. Now it’s at the point where I can’t properly see my own app.

Are there other similar apps now on the market?

There are. But we are definitely one of the first ones. We are the biggest one for North America. It’s a free app. Currently there’s no premium version. I thought it crucial that this app remain free for the people that need it. There could be ways of making a premium model but we just haven’t done it. I’ve been focusing on getting robust data. We also have just put out some awesome t-shirts.

What is your new film about?

It’s called When We Walk. It’s about me, my life and my legacy that will be passed on to my son. I have not been able to be in the same place as him because I’m in New York, which supports people with disabilities, while my son was taken to Texas, which is the lowest ranking state [for people with disabilities]. Because of that I cannot be with my son. The best way for him to know me is through a film. It’ll be out shortly. We’re just waiting for a good festival to pick it up. 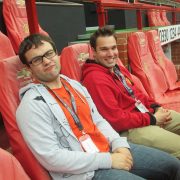 My Brother's Keeper
Daniel Hajducky
Watching My Way To Wellness

How To Help Someone After Disability? Teach Them Tennis
Don’t miss one more amazing story.
Every week, we’ll send a few of our favorite stories to inspire you.
Send this to a friend
Scroll to top