The Disabled People Turning to Witchcraft and Magick

Worldwide, an increasing number of disabled people are embracing Wicca and spellcraft as a way to make sense of their place in the world.
amputeeCrohn's Diseaseehlers danlos syndrome 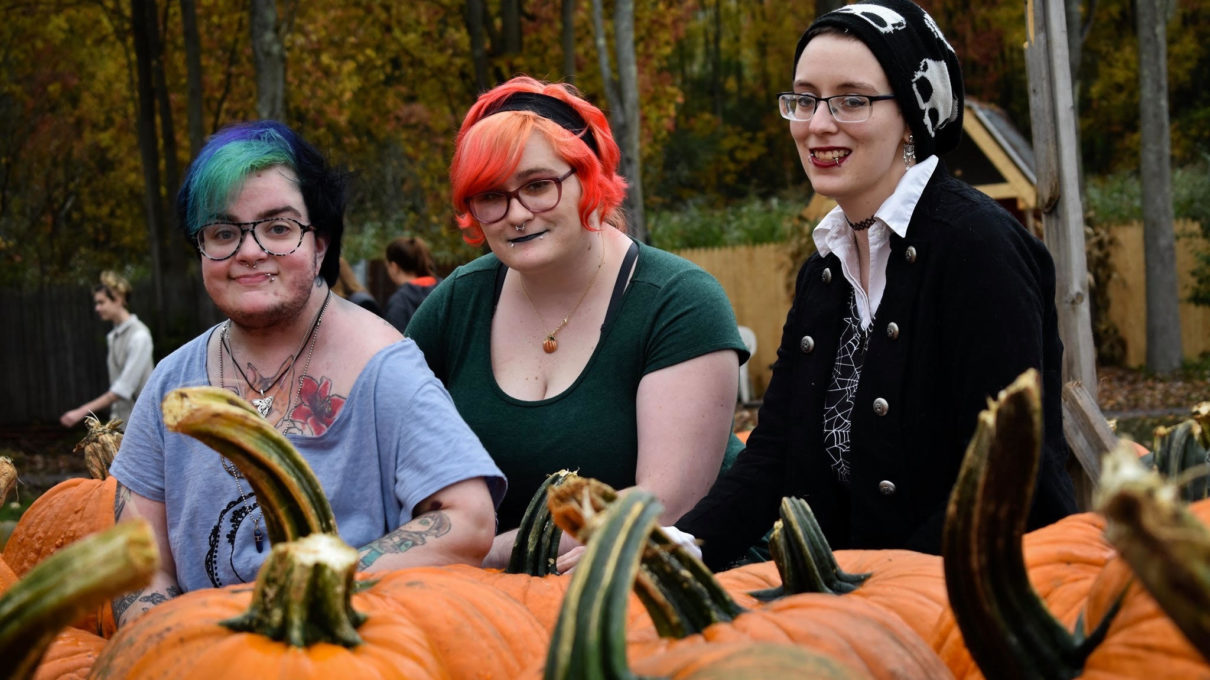 Many people’s experience of magic and witchcraft is an annual Halloween rewatch of Hocus Pocus or The Craft. But for thousands of people living with disability, wiccanism is a powerful force for good in their lives, helping them make sense of the world they live in… and their own place in it.

Wicca, or pagan witchcraft, is a broad term, often used to describe the use of spells, rites, rituals, and ruminations. But contrary to some widespread misconceptions, witchcraft isn’t synonymous Satanism. Rather, the Encyclopædia Britannica describes it as “a mode of rationality or way of thinking that looks to invisible forces to influence events, effect change in material conditions, or present the illusion of change.”

Given the “invisible forces” that can influence our health, it makes sense that there’s a growing intersection between the disabled and chronically ill communities and those who practice magick—Aleister Crowley’s term to differentiate pagan spellcraft from traditional stage magic. To better understand this intersection, Folks spoke to several individuals who all identify as disabled and who use magick or witchcraft in their day-to-day lives.

U.S.-based artist Cosmo, who is nonbinary, lives with a number of chronic health conditions including porphyria, Ehlers-Danlos syndrome, fibromyalgia, and epilepsy. Cosmo first discovered magick after a traumatic breakup. Previously an atheist, Cosmo says that practicing spells “saved my life. Rather concretely.” But don’t imagine that Cosmo’s witchcraft involves calling upon dark powers for improvements in health or finances. Rather, Cosmo says that magick serves more as a self-soothing mechanism… a crucial mechanism for any disabled person.

U.K.-based writer Daniel Sluman developed an interest in the occult as a teenager, but didn’t seriously revisit it until his chronic back pain and mobility worsened. Sluman tells me: “Over the last five years, I have gone back to magick and started integrating it in my day-to-day life; partly to ground myself during periods of pain, but also as a general tool for self-development.” Much like Cosmo, Sluman uses magick to gain a stronger sense of self, and to deal with “the realities of being an amputee in a relatively inaccessible world.”

For Sluman, magick is a form of mindfulness: a tool which allows him “to track moods and feelings, and to investigate the connection between body and mind… during the periods of anxiety and depression that can come with chronic pain.” Particularly of interest to Sluman is the tarot, which helps him gain “a deeper understanding of the choices I make and don’t make.” Rather than being an easy solution, a Harry Potter-sized spell of world-altering proportions, magick for Sluman is about accepting the painful present. “It has really helped me to embrace moments of success and endure moments of difficulty,” he explains.

Across the Atlantic, Jeremy Brandon Jett agrees. Hailing from upstate New York, Jett lives with Hirschsprung’s Disease, which resulted in the complete loss of his large intestine and the partial loss of his small intestine. According to Jett, Wicca gives him “a sense of home, hope, and serenity that I hadn’t known before. It made me feel comfortable, wanted, appreciated, loved, cherished, and whole.”

“Being Wiccan and using magick has helped me manage my health conditions… It’s wonderful for my mental health, especially when my physical health has turned on me.”

“Being Wiccan and using magick has helped me manage my health conditions,” says Jett. “It’s wonderful for my mental health, especially when my physical health has turned on me.” And as a transgender man, Jett says that “practicing magick and being a Wiccan definitely lets me ‘keep’ a past part of myself in my transitioning journey. I was always the ‘goth’ or ‘punk’ or ‘oddball’ person growing up. I wore the big boots, the black clothes, the chains, choker necklaces, and I loved all of the styles that Halloween brought.”

This view of witchcraft as a means of reinforcing your identity as a disabled person is one shared by writer and actor Emily Brenchi, who lives with Crohn’s Disease and an as-yet undiagnosed joint condition.

For Brenchi, there’s a strong tie between witchcraft and feminism, which becomes even more powerful when viewed through the lens of chronic illness. “I think the medical establishment can often really undermine your sense of identity as a disabled and chronically ill person,” says Brenchi. “The medical community still has a huge lack of understanding about both women’s bodies and autoimmune diseases, which at times has definitely made me question my sense of identity. Magick has helped reinforce that sense of identity and autonomy as a disabled woman that would otherwise be very vulnerable.”

“Magick has helped reinforce that sense of identity and autonomy as a disabled woman that would otherwise be very vulnerable.”

Sluman, who is married to Brenchi, agrees. “We’re living in a time where disabled hate crime has rocketed,” Sluman tells me, referencing failing benefits systems, and inaccessible and unaffordable healthcare. He describes magick as “a tool that helps us feel protected and connects us to the divine without the need to use any middlemen, institutions, or buildings. It’s an incredibly personalized, accessible, and flexible practice for someone with disabilities.”

Which is why Jett tells me that he’s grateful for magickk, especially when faced with “financial struggles,” worsening health conditions, and a “loss of friends.” For Jett, magickk is “finding a place where I belong in my beliefs,” which is extremely relatable to anyone who’s struggled with feeling comfortable in their own chronically ill or disabled body.

“Magick should, and can very much so, be accessible… Witchcraft is whatever it means to you.”

When it comes to magick, Cosmo says, “you practice it your way, because there’s only one you, and magick is personal.” Most importantly, disabled people are making magick and witchcraft accessible where they previously were not. “Can’t take walks? That’s okay. You don’t have to: not all of us can walk to begin with,” Cosmo explains. “Don’t have manual dexterity with which to shuffle, arrange, and flip tarot cards? Use an app instead.”

“Magick should, and can very much so, be accessible,” Cosmo concludes. “Witchcraft is whatever it means to you.” 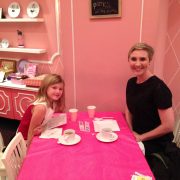 Olivia Goodreau, The 15-Year-Old Lyme Warrior
Don’t miss one more amazing story.
Every week, we’ll send a few of our favorite stories to inspire you.
Send this to a friend
Scroll to top