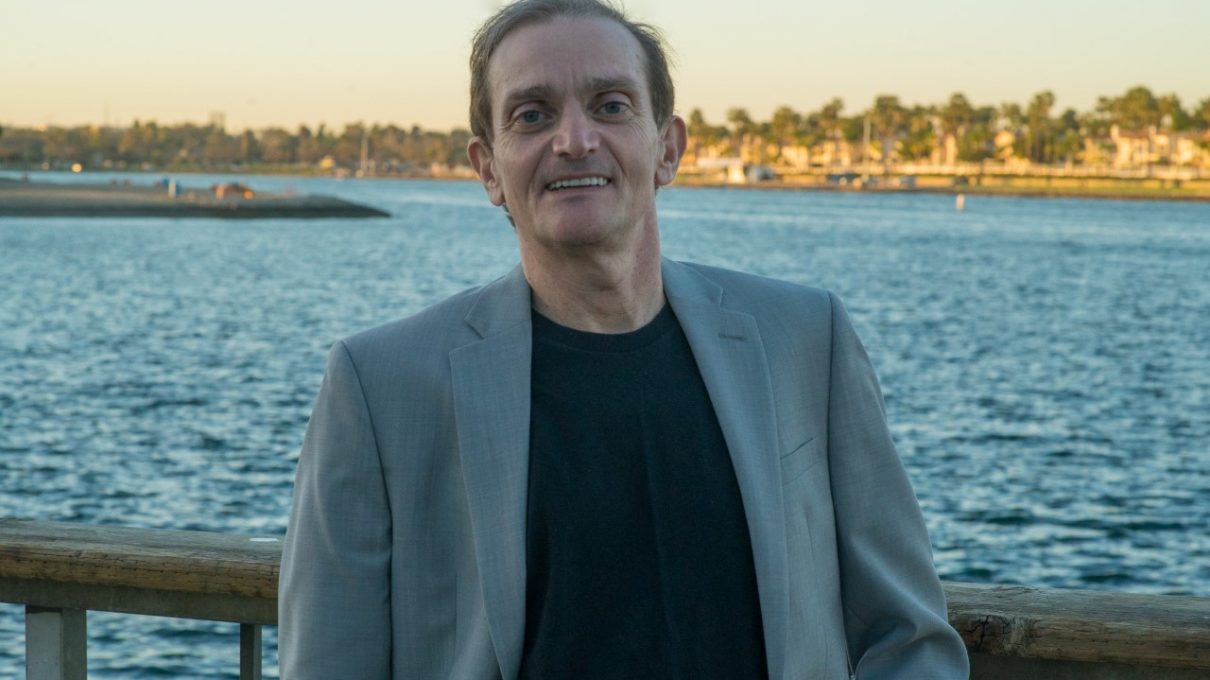 When you hear the term anorexia, you’re likely to picture bone-thin women and waif-like young girls. But a surprising number of men also struggle with this debilitating behavior. According to the National Eating Disorders Association, one out of every four individuals diagnosed with anorexia is male.

Ken Capobianco knows first-hand about living in the shadows with this problem. An award-winning journalist, the 58-year-old battled anorexia for most of his adult life. While covering the music and arts scene in Boston, his daily consumption of calories often consisted of Diet Coke and a handful of cookies. This self-destructive pattern nearly killed him and led to a long series of hospitalizations and interventions.

Today, his anorexia is under control. He is happily married and lives steps away from the ocean in California. He has just published a novel drawn from his experiences, Call Me Anorexic: The Ballad of a Thin Man. We spoke with him to discover the true story behind the fictionalized tale.

When were you first diagnosed and what was the diagnosis?

I had wanted to lose weight my entire life. I started running around 18. The pounds just kept coming off and I found it very difficult to stop. By 21, I had moved to Boston to get my master’s at Tufts University. After I graduated, I went to the doctor and she said, “Ken, you’re anorexic.” I said I don’t think so. I was in complete denial. 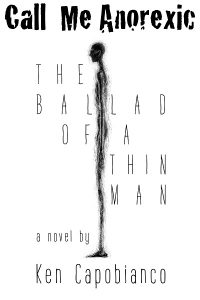 The cover of Call Me Anorexic: The Ballad of a Thin Man.

Do you know what triggered the desire to keep getting skinnier?

I was never fat, [but] I was never comfortable in my skin. I always wanted to be lean, like either a rock star or a runner, and I wasn’t. At that time, I was running eight to 10 miles a day. It became an addiction. Every girl I met during this time kept telling me to stop, but I said no.

It’s funny that girls were telling you to stop. They’re usually more weight conscious than guys. But it had to take a toll, right?

Yeah. I’ll give you an example. I was 20 or 21 and went to a late-night movie. I hadn’t eaten all day. All of a sudden, I started shaking uncontrollably. My body was giving out. I got taken to the hospital and the guy said: you’ve got to eat something. The doctors were telling me and my body was telling me. For the first time, I got this shock of recognition that something was wrong.

You once said that there was nobility and beauty in being thin. Where did that idea come from?

I felt as if there was something not only pure in losing weight but powerful. Everybody else was weak. They were eating pizza and hamburgers and I didn’t need to. That may derive from the fact that I’d gotten my master’s degree at a very young age and I was doing nothing. I was working in a bookstore during the early Reagan Recession. Parts of my life that I thought I’d be succeeding at, I wasn’t. I derived a sense of power and strength that I was not eating and the rest of the world was. It’s an odd distortion because you’re getting weaker, but I felt I was getting stronger.

“I derived a sense of power and strength that I was not eating and the rest of the world was. It’s an odd distortion because you’re getting weaker, but I felt I was getting stronger.”

You were in and out of hospitals. Doctors were warning you to take it seriously, but you didn’t. What happened?

When I was 35, about 15 years into my anorexia, I got double pneumonia. It was such a bad case that the doctors told my brother I wasn’t going to live. I spent three months in the hospital. They not only had to treat the pneumonia, but they also tried to get me to eat more. I got into therapy with a psychiatrist. Once I got out, everybody said: you’ve got to change your ways. And, of course, I changed my ways for about two or three months and then lost weight again. I had to go back to the psychiatrist once a month and the physician once a week.

What was a typical day like, if there was such a thing?

I stopped running at 36 or 37. I was either a freelance writer or a teacher or working at the Boston TAB. I would drink Diet Coke all day. I was a critic, so I would go to movies or to a club. I was wired on caffeine. I’d go home around 1:30 and eat, say, a blueberry muffin or some Oreos. Seriously—that would be my complete intake all day. I did not eat anything during the day for over 28 years. Nothing.

Didn’t you get hungry?

Never. When you train your body not to eat, you’re shutting your appetite down. You’re shutting down your food appetite, your sexual appetite. You’re also shutting all your emotions down. I just felt numb.

“When you train your body not to eat, you’re shutting your appetites down: food, sex, emotion. I just felt numb.”

The arts were a central part of your life. When you listened to a favorite album or saw a favorite movie, didn’t that make your emotions jump?

Yes! Exactly! And you’re tapping into how I survived. Because the music thrilled me and brought joy into my life. But I also became over sensitive. I would cry at a lot of movies and hide in the back of the theater because all the emotions would come out. When I did feel something, I felt it profoundly because everything had been bottled up. 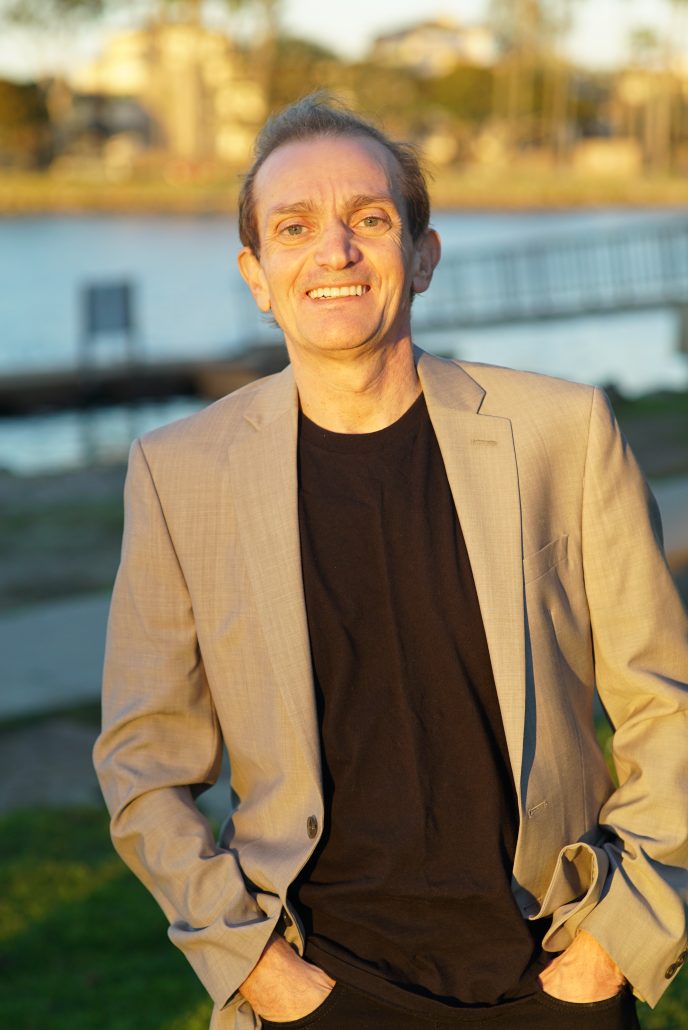 Although he is a healthy weight today, Ken Capobianco struggled with anorexia for decades, at one point weighing only 69 pounds.

It’s hard to believe, but your weight dropped to 69 pounds. How?

In my 40s, my mom was dying of cancer. I left Boston to help her. I was in my old house [with] all the demons—I saw little fat Ken—and I stopped eating. One night I pulled into a Burger King oddly enough to get something for her and I had a stroke. They took me to the hospital. I couldn’t feel anything on the left side of my body. They weighed me and said, “Do you realize you weigh 69 pounds?” I got to tell you: that was beyond devastating. My life was unraveling. I didn’t know what I was doing. It seems unfathomable that a human being—let alone a man—could be that thin, but I was.

What effect did the stroke have?

I was in the hospital for two or three months. I had to relearn how to walk, how to use my left hand. I’m lucky to be alive because it didn’t affect my brain function. It didn’t affect my thinking, but I can’t run. There’s still some kind of nerve damage. It’s been 13 years and I’m functional, but I still know there are things I can’t do.

What was the turning point in your life?

I moved to California to start over. It’s not that easy. You don’t just flip a switch. But once I came out here, I said I’m going to try to meet women and people. I moved to an apartment complex by the water where everybody’s out. I decided to spend time with them. I had spent my entire life either alone or in clubs. But out here, there are all these people and I’m making these human connections.

After going out to eat with women, you’d still berate yourself. How did you handle that?

A lot of the stuff I learned in therapy was: try to calm down and recognize the things bringing you down and try to make an accommodation and see how you feel afterwards. I’d say: okay, you’re not going to die because you have food in you. After 29 years, I was so tired of saying no, I’ve got to deny. The extraordinary length of the denial and the anorexia allowed me to say it’s time to let that person go. That’s really what happened. I decided I’ll make it through the day feeling uncomfortable with food in me and see how I feel tomorrow, and I felt okay. Ultimately, I met my wife and things like that and things improved.

“After 29 years, I was so tired of saying no, I’ve got to deny… I decided I’ll make it through the day feeling uncomfortable with food in me and see how I feel tomorrow, and I felt okay.”

Do you struggle with anorexia today?

I do eat every day basically like a normal person, but there are limitations. I won’t eat an eight-course meal. I’ll eat what I want and that’s it. I can’t escape mirrors. Not only do I look to see if I’m gaining weight, which is less now, but also if I look thinner. The one thing I don’t want to be is gaunt. That’s the healthy change.

What was the emotional experience for you of writing the book?

Hard. There was one time I started feeling chest pains and fatigue. I left and sat in my car and listened to music and came back. I put off doing this for so long because I was afraid to dig into and feel those things again.

What do you say to men who may be in denial about their anorexia?


Get into therapy immediately because you cannot do it by yourself. If it gets away from you, it will get worse and you’ll fall into a black hole you can’t get out of. The nature of the disorder is privacy and secrecy. Just allow yourself to say I’m ill. I need help. That’s the key thing. As with anything, to recognize you have a problem and go out and get somebody who’s going to help you get over it.

How Chronic Illness Caused Me To ‘Accidentally’ Get A Tattoo
Don’t miss one more amazing story.
Every week, we’ll send a few of our favorite stories to inspire you.
Send this to a friend
Scroll to top