The Four Magic Words That Gave Me My Voice Back

After a thyroid operation robbed me of my voice, I turned to a beloved children's book to give me strength.
mutethyroidvocal paralysis 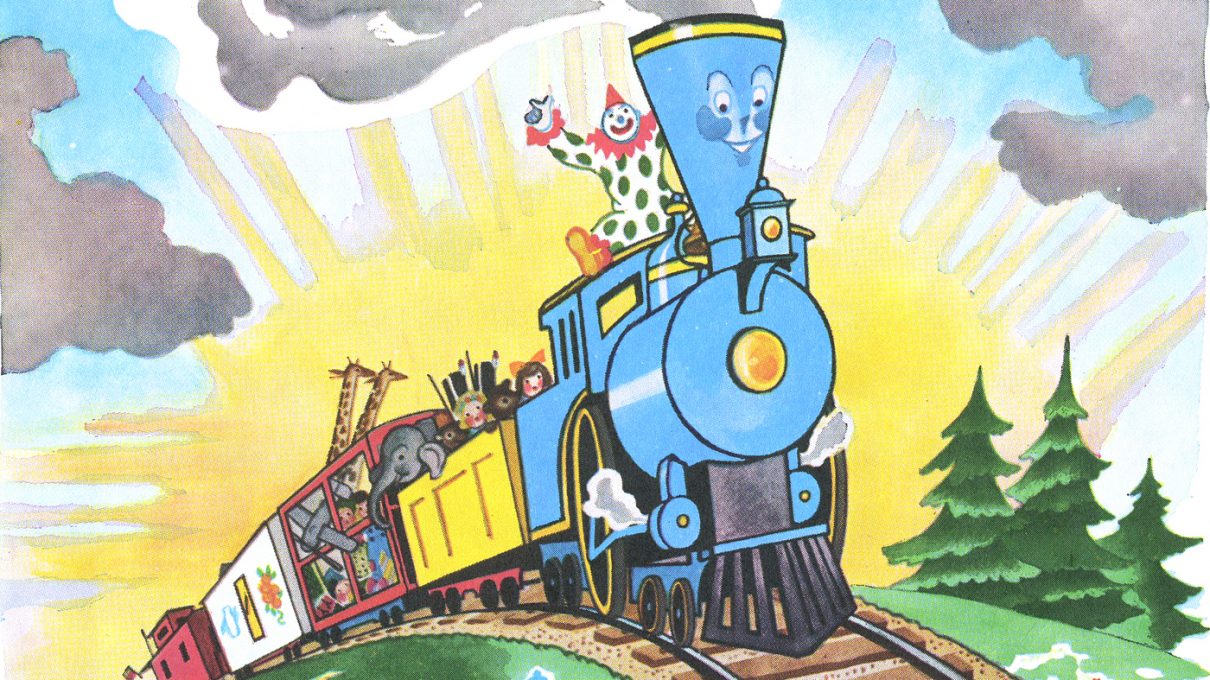 As a little girl, my favorite book was The Little Engine That Could. I wanted to read it again and again. A strong-willed child, that story of the little choo-choo who would chant “I think I can, I think I can” until he made it over the mountain spoke to me.

Yet I don’t think I ever realized just how powerful those four words could be until I lost my voice after having my thyroid removed.

I remember my doctor saying to me: “The lump in your throat has enlarged. Your thyroid will have to come out. I don’t think it’s malignant, but we can’t take a chance.”

I’ve always been an optimist. So while I was scared of surgery, I kept repeating to myself: It’s probably not cancer. 90% of patients who have this operation are fine. 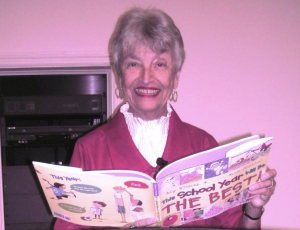 When the dreaded day came and the operation was over, the lump was benign. “I knew it!” I crowed.

Or I tried to. But almost nothing came out. My voice was hoarse and raspy, like a person making an obscene phone call.

The doctor assured me my voice would come back in time. But it didn’t.

Recovering at home, I snuggled down beneath the patchwork quilt, and tried to push back the January gloom by reading cheerful “Get Well” cards, eating good food and wine, and visiting with friends who came to see me and my husband, Earl. Every morning, I would wake up, hoping this was the day my voice would come back. “Hello, hello!” I would say, hoping to hear my voice. But only a sliver of sound ever came out.

After a month with no improvement, I went back to the doctor. He looked down my throat with a mirror, and shook his head.

“The nerves are damaged,” he said. “You have a paralyzed vocal cord. I’m sorry but there’s nothing to be done. You have all the voice you’re going to get.”

The doctor said: “You have a paralyzed vocal cord. I’m sorry but there’s nothing to be done. You have all the voice you’re going to get.”

After that, I knew my days as a part-time college instructor and consultant for the American International Schools had ended. Even the thought of going back to my job as a supervisor in four elementary schools, with only a whisper was mind-boggling. In the end, Earl had to push me out the door to go back to the outside world.

I tried to be cheerful and brave. On the outside, I smiled, but inside I felt my world had collapsed. Communication was who I was. Now, even asking for an order of seafood salad at the deli counter was almost impossible, let alone sustained conversation: I could barely be heard.

Online, Earl bought me a portable microphone, so I could amplify my voice for others. It looked like a black pocketbook and I could sling it over my shoulder. I practiced using it at home, until I was comfortable with it, then return to work.

At school, staff members reached out in loving ways. Notes in my box, a squeeze on my arm, hugs in the hall, a pot of tulips for my office. There was even a secretary who always said: “Oh, you sound so much better today!”

I didn’t. But she helped me to think… maybe…

Nine months passed. There had been no change in my voice.Everyone was very patient and understanding.  The students learned to be very quiet when I came in the room. They would wait for me to plug in my mic to begin a lesson. Likewise, there was always a microphone available for me in the auditorium, and in smaller meetings, I would use my portable to be heard. But it was make-do and needs must. I felt tentative, uncertain, and vulnerable.

Finally, I met a kindergarten teacher from another district. She had had the same operation; she also whispered. But her voice was louder and stronger than mine.

We compared notes. “Go see Renee Blaker, a speech pathologist from Doylestown,” she said. “If anyone can help you, she can.”

I needed a prescription to see a speech pathologist, but when I called my doctor about it, he snorted. “Waste of time,” he said. “Teflon surgery would be a better bet.”

“I want to try,” I whispered. He sighed, and reluctantly signed the paper.

Renee was a tall, attractive woman with an expressive face, kind eyes, and dark hair. She listened to me whisper, then read the doctor’s report. She shook her head and smiled at his negative assessment.

“I have a little magic in my pocket,” she said knowingly. “I can help you if you work. You’ll need to practices five times a day, for fifteen minutes each time. I’ll see you twice a week.”

“I have a little magic in my pocket,” she said knowingly. “I can help you if you work.”

It was December. As I drove home from that first appointment, snowflakes whirled on the windshield, and I thought I heard a little voice in my head say:

I followed Dr. Blake’s instructions. I started with hard vowels–any, every, each, out–and soon moved on to phrases. Alter the arbor, etch a sketch. Five times a day for 15 minutes, I recited these seemingly random words and phrases, week after week.

I’ve always believed in the power of visualization. Every day while pushing out those phrases, I imagined standing in front of the school auditorium, speaking loudly and clearly. It was the greatest reward I could think of.

But there was no change: my voice was still a whisper. Yet I continued; at least the exercises made me feel like I had some control.

January, February, March: they all passed. Now, I was up to sentences: “It’s odd that Arthur’s not at Eileen’s tea.” I said that so often, my husband started saying it when he got into bed: “Yes, that is odd about Arthur, isn’t it?”

April, May June. No change. Sentences turned into paragraphs. Still I practiced. When we sailed on the Chesapeake, or Lake Nockamixon, my words wouldn’t carry. The wind would whip my whisper away.

Some days, when I went for speech therapy, I just cried. We didn’t do sentences. Renee and I talked. She understood.  I had to mourn my loss before I could move on. Her staunch belief that I could retrieve my voice gave me courage to continue.

And then it was Labor Day. Time for another school year. As I came in, teachers said: “Oh, you sound stronger.” I thought maybe I did, but I couldn’t be sure.

November.  Time to welcome my reading volunteers at the Bridgeton School. The auditorium was full with parents. As I picked up the microphone, the audience got very quiet.

It wasn’t a whisper. Out came my voice!

I couldn’t believe it. People rushed up to give me a hug. After all that practice, and all my work visualizing just this moment of triumph, it had finally happened!

In one swoop, I felt like I’d gotten my life back.

My recovery wasn’t a miracle. My vocal cord was still paralyzed, but thanks to all of my practice, the other one had moved closer and was now doing the work of two.

In one swoop, I felt like I’d gotten my life back. Day after day of vowels, consonants, phrases, sentences…. the endless support of my friends, family, students, and colleagues… and that little pocket magic of Dr. Blake’s. It had all paid off!

But maybe, after all, some of the credit should go to the Little Engine That Could. He, too, had taught me some magic words: 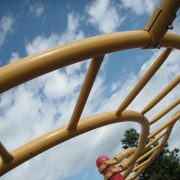 No More Monkey Bars: A 13-Year-Old's EDS Story
Isabella 'Kitty' Yim
How Being A Patient Taught Me To Be A Better Mom

Why New Year’s Can Be Toxic When You Have An Eating Disorder
Don’t miss one more amazing story.
Every week, we’ll send a few of our favorite stories to inspire you.
Send this to a friend
Scroll to top