The Future Of Health Care Tech In Africa

Chronic illness and disability are on the rise in Africa. Luckily, so are clever African entrepreneurs, who are hacking the local health care system in revolutionary ways.
deafness 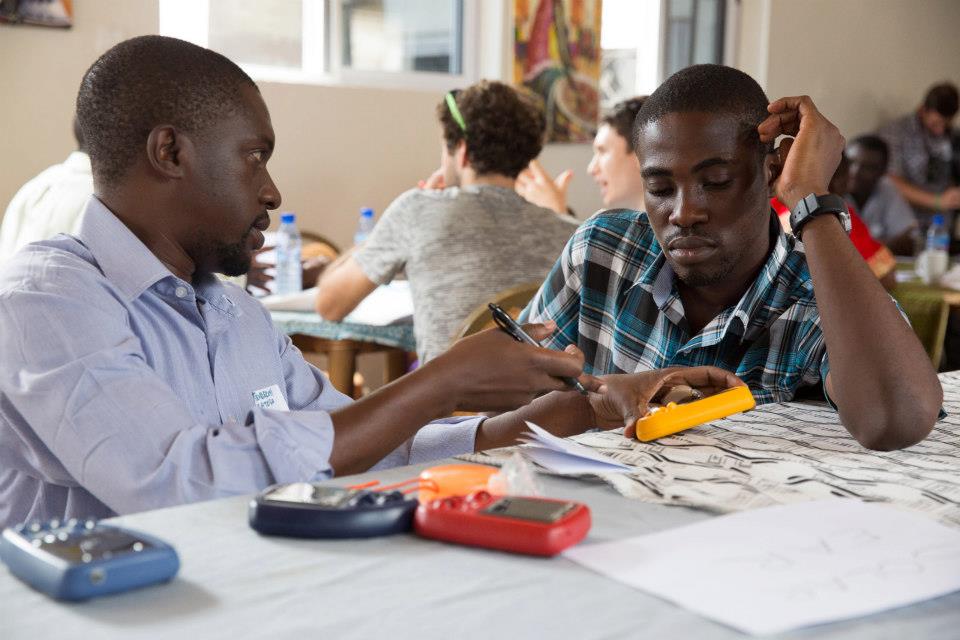 But healthcare tech entrepreneurs are working across the continent to create solutions for the issues their communities face, and often innovative apps or accessible electronic equipment are working to lessen the burdens healthcare providers face, or provide access where it might not be otherwise. While the problems each country face might differ the solutions are innovative, often leapfrogging the stages a developed country’s healthcare might go through. 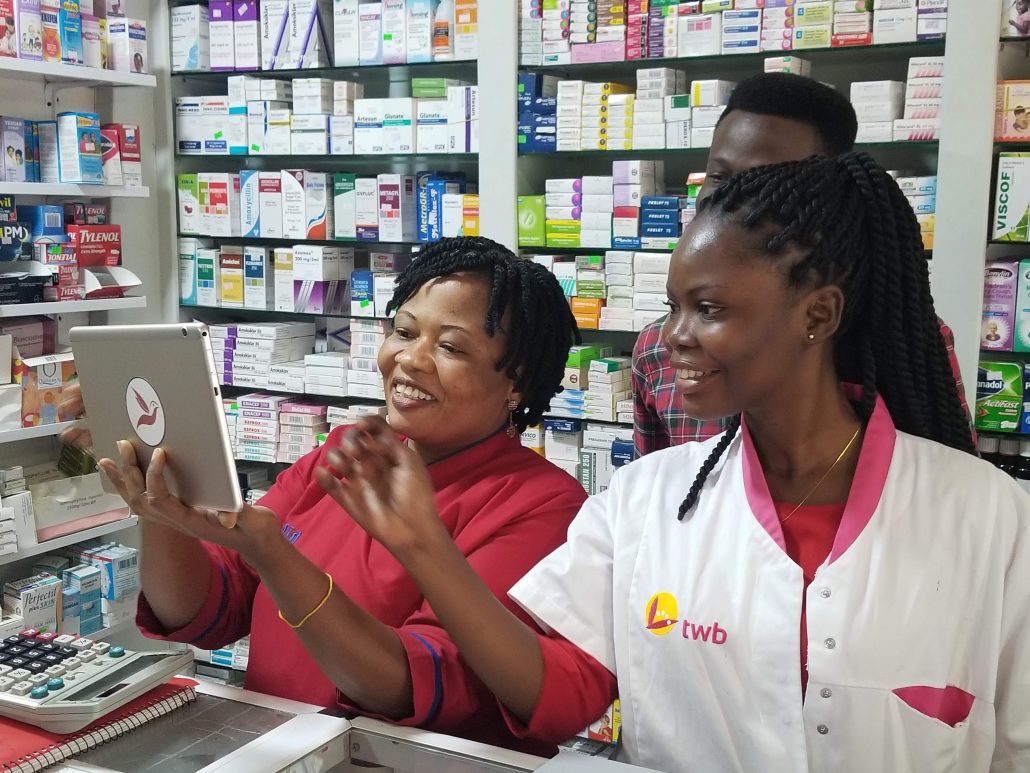 The Power of the Pharmacy

In Ghana, West Africa, Andrew Quao and his team have been working on helping to lessen the burden on hospitals and clinics by getting pharmacies to do health monitoring tests.

As it stands, Quao, co-founder of Red Bird Health Tech says people could lose three hours to a full day waiting in a public hospital to be tested for tropical diseases like malaria, or to get their blood pressure, blood sugar or cholesterol checked. The company supports pharmacies in the capital Accra and further along the coast in Takoradi by offering rapid diagnostic tests, staff training and technical support,essentially turning pharmacies into mini-clinics. They can offer tests in five to ten minutes a patient might wait hours for in an overcrowded hospital.

When you think of Africa, everyone thinks of malaria or infectious disease, but the truth of the matter is that we are having an epidemic of chronic diseases that is growing.

“When you think of Africa, everyone thinks of malaria or infectious disease, but the truth of the matter is that we are having an epidemic of chronic diseases that is growing,” Quao says. “You need constant interface with the healthcare system in monitoring them. The hospitals are so burdened and the healthcare system is chocked. People are spending endless productive hours to just get on top of their healthcare.”

Quao and his team hope their growing service will save users time and money and lessen the burden on Ghana’s healthcare system,which he says is “punching above its weight.”

“We have systems that are set up to treat 100 people but they are having to treat 1000. It’s difficult to get some level of quality especially for the public health sector.”

They hope that by offering testing services in pharmacies, people will just go to hospital for more serious issues or treatments, rather than the health monitoring.

Also working in the pharmacy space is Ghanaian Gregory Rockson—who created mPharma, which gives patients access to prescription drugs at an affordable price. The company has partnered with major pharmaceutical manufacturers, insurance companies, financial institutions and governments to deliver medicines directly into the hands of consumers in a handful of African markets. It connects patients, hospitals and pharmacies to cloud-based software, so doctors know where to get medicines needed.

Rockson says Africa continues to have some of the highest drug prices in the world.

“In Kenya, intermediaries’ margins account for an excessively high 50 percent of a pharma product’s final price, whereas the average in OECD countries varies between 2 to 24 percent of the final price. We built mPharma to create new business models that would enable more patients to have access to the medicines they need at an affordable price.”

So far, mPharma manages a network of over 220 pharmacies and serve 40,000 patients each month and patients pay between 20-30 percent less for their medicines in selected mPharma partner pharmacies.

While Rockson wants to see mPharma become the largest healthcare company and brand in Africa, he says there are a number of challenges within the heath tech landscape in Africa that need to be addressed.

“What Africa needs is more physical healthcare infrastructure and human capital. Once we have this, we can build technology enabled products and services to bring more efficiencies and drive down costs.” 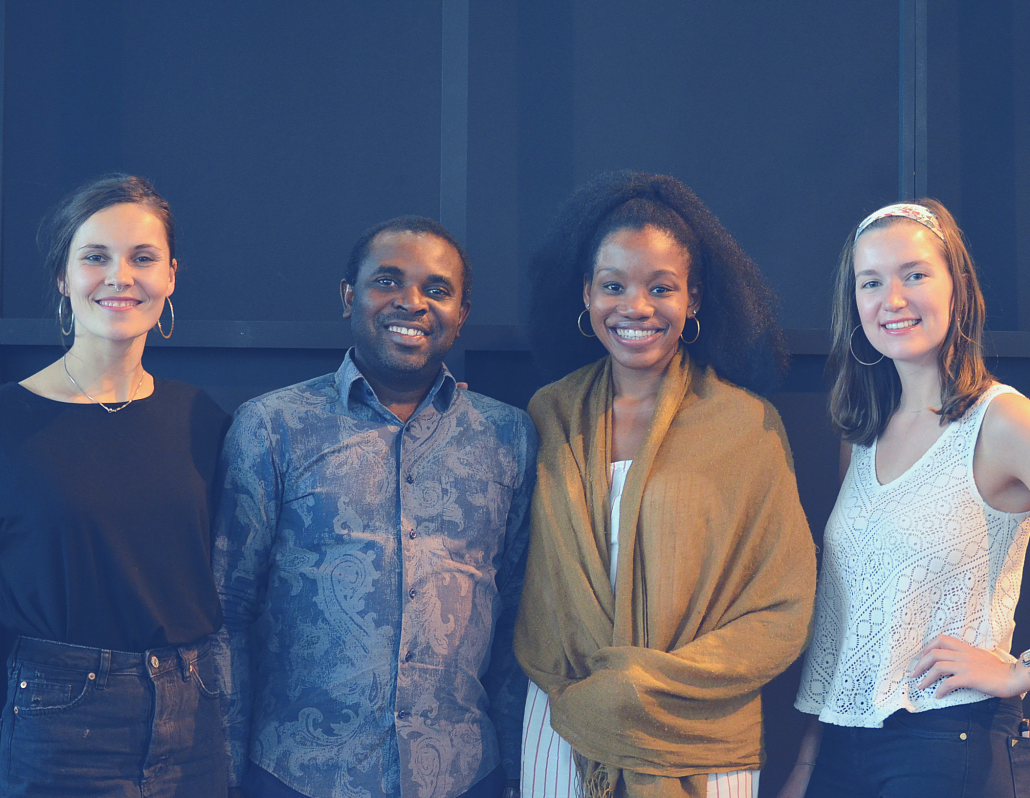 Is Telemedicine The Answer To Africa’s Mental Health Epidemic?

Mobile phones are ubiquitous in Africa,with an estimated three mobile phones for every four people in sub-Saharan Africa. A report in The Lancet says the widespread of phone and internet connectivity allows for leapfrogging opportunities in Africa by adopting more advanced technologies rather than following slow, classic paths to address health workforce constraints and improve people’s access to quality health services, with innovation as key in developing new services, ways of working and creating technologies to achieve improved health, including training healthcare workers though online courses.

It is through mobile phones that Yapili hopes to link users through the continent with healthcare professionals, near and far without having to step foot in a clinic or hospital.

Co-founder Enya Seguin and market lead Rorisang Mokgwathise are part of a team spread over seven countries working on the service that delivers healthcare and advice to those in eight African countries through an app. Users can connect to local and western health professionals in societies where professional health advice is hard and expensive to get. YAPILI connects users to professionals who can answer questions around pregnancy and family planning, diabetes and hypertension, HIV and sexual health, mental health as well as generic health questions.

“In a lot of African countries there is an alarming rise in depression and suicide. We wanted to focus on [that].”

Users upload their information into the app, creating a profile and then the reason why they want to speak to a healthcare professional. The app then suggests professionals the user can speak to, trying to match someone in the same country if possible.

The idea was born in Rwanda in 2014 and is now available to more than 1200 users in Kenya, Botswana, Nigeria, Tanzania, Uganda, Rwanda and South Africa, all are English speaking and have relatively high connectivity. Seguin says the most popular services so far are around pre and postnatal advice, as well as mental health.

Professor Tania Douglas, a biomedical engineer in South Africa has been researching and speaking about the need for health innovations to be homegrown to fit the local context they are in. Leapfrogging is important for health innovation in Africa, but so is completely new ideas.

“Learning from the solutions that have already been developed elsewhere and adapting them to local needs (i.e. leapfrogging) is a potential shortcut to health innovation. But devising novel solutions to local problems that haven’t yet been addressed elsewhere is also important.”

In 2017 she delivered a TED Talk highlighting an “equipment graveyard” of imported medical equipment from hospitals in Africa which turn out to be unsuitable for local conditions, staff not adequately trained to use or maintain them, or they might not work in the humid and hot environments,or need constant and reliable supply of electricity often lacking across Africa.

In her talk Douglas points to an ultrasound monitor to track the heart rate of unborn babies in the equipment graveyard. These machines are standard in developed countries but developing -not so much. But expensive equipment is not needed for this, and there are plenty of locally-developed solutions that utilise simple technology proving this, integrating engineering with healthcare. The focus needs to be on creating more useful medical devices to help Africans, creating more inventors who know the issues and have homegrown solutions that work for the varied contexts across the diverse continent. 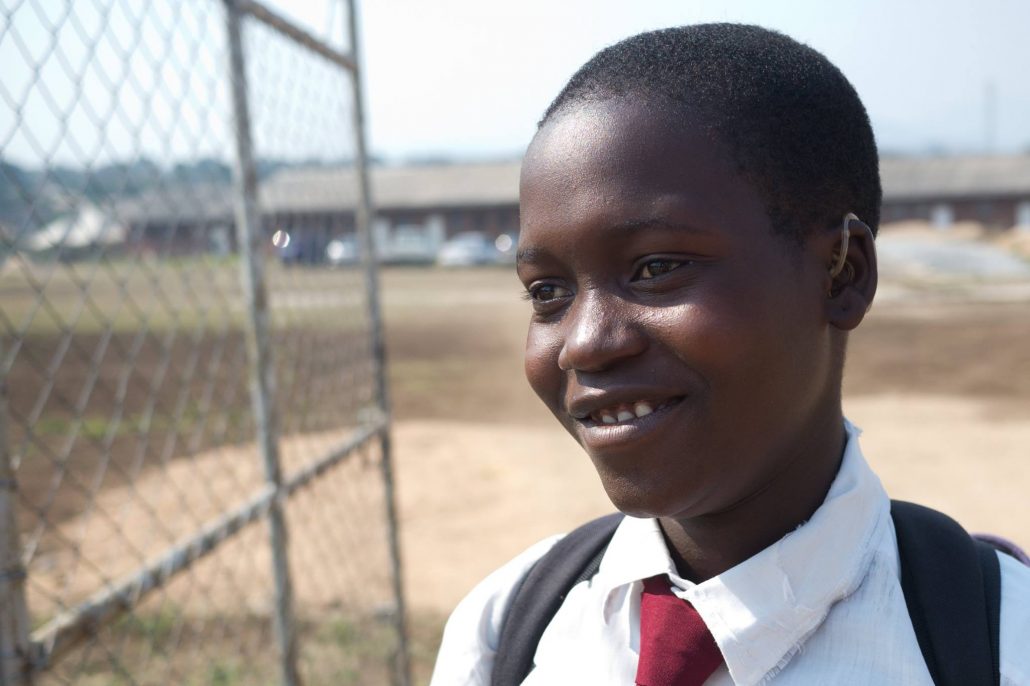 The Future Of Healthcare Tech in Africa

One of the companies Douglas highlighted in her TED Talk was Deaftonics, established in 2015, the company manufactures affordable solar powered hearing aids, made by hearing impaired people for people with a hearing loss.

Founder Tendekayi Katsiga focused on hearing impaired people in developing countries because he found a significant number of lithium battery hearing aids provided by NGO’s and governments to Africans die in their first month. Katsiga developed his solar-powered hearing aid in Botswana and currently is focused on getting them into the ears of children “presenting them with an opportunity to go to school.”

So far, Deaftronics has sold more than 10, 000 units of solar chargers in 40 sub-Saharan countries.

He’s excited about the future of healthcare tech in Africa, believing it will help eradicate diseases and improve overall health outcomes.

“The health tech landscape presents huge opportunities for Africans. It paves ways to make improvements in distribution of medicines using drones in areas which are not accessible. The rapid growth in access to technology, particularly mobile phones and network connectivity in Africa , has created opportunities for health programs, training and data management.” 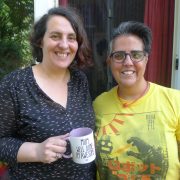 Designing The iPhone Case Of Prosthetic Leg Covers
Don’t miss one more amazing story.
Every week, we’ll send a few of our favorite stories to inspire you.
Send this to a friend
Scroll to top