The Girl Who Remembers Everything 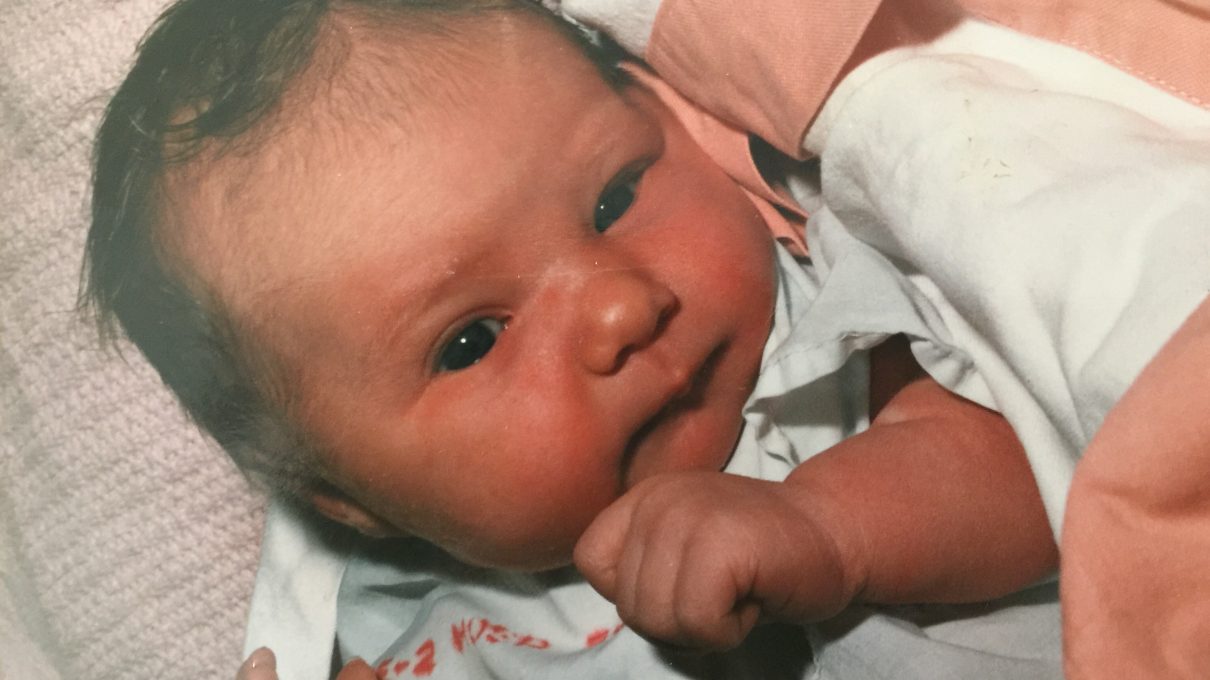 On January 23rd, 2011, when Rebecca Sharrock was 21, she was outside her house feeding her pet guinea pig when her parents called her inside. It was urgent, they said: there was something on television they wanted her to see. The news program focused on six individuals with a condition known as Hsam–highly superior autobiographical memory–and Sharrock’s parents were convinced that she had it, too. “I said to my parents, ‘But why are they calling it ‘incredible’–isn’t it normal? I can do that.” 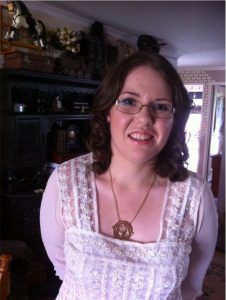 Rebecca Sharrock is one of only 60 people in the world with highly superior autobiographic memory, or Hsam.

The individuals on the news program were subjects in a study out of the University of California, Irvine (UCI). Sharrock’s parents, convinced that their daughter shared the condition, contacted the American researchers. They then subjected Sharrock to a number of memory tests over Skype. Two years later, Sharrock was confirmed as one of around sixty individuals in the world with Hsam. The condition enables a person to recall all or most of their life experiences in extreme detail (Sharrock is able to recite text from the Harry Potter series verbatim, for instance).

The condition is a relatively fresh discovery, having only been first diagnosed in the early 2000s when a woman in California named Jill Price approached researchers at UCI claiming to have a perfect memory. The decade-long study, which Sharrock has since signed on to, hopes to possibly “rewrite a new chapter of memory research,” lead researcher Dr. James McGaugh once said.

Alongside her studies participation (she is also included in a study with the University of Queensland), Sharrock is involved in advocacy work for autism, which she is also diagnosed with. She is a regular public speaker and blogger on the subject. Sharrock is also working on an autobiography. We reached out to find out more.

Does Hsam affect everyone the same way?

They asked me what days of the week certain days fell on, what current affairs did I come across on those dates. They don’t give you any idea of what they’ll be testing you on until you do the call. When I do the calls I’ll answer the questions but then they’ll ask me, “Why exactly do you remember that? What are the emotional reasons as to why you remember that?” They want to know the psychological reasons as to why. But I’m surprised I did well on them because I never did well on tests in school.

Due to my autism, my processing speed is slower. I often jokingly say that if I had sat those tests a few months later I would have gotten better marks. It takes me longer to process due to my autism, but also the older memories get for me the stronger they get, which is the opposite of how it usually works.

“The older memories get for me the stronger they get, which is the opposite of how it usually works.”

If you took your high school tests now, then, do you think you would you get all As?

You can remember everything you learned in high school?

Yeah. Everything I personally learned. Anything I’ve personally read, too. Or even if I walked past the television and I saw a commercial I’ll remember it.

How powerful is your recall? Can you think of things quickly?

What is the UCI study hoping to figure out?

Along with Hsam, they’re studying people with the opposite of Hsam, Sdam: Severely deficient autobiographical memory.They want to know how we think, how we feel, how we live. We’re like human lab rats but they still treat us in a friendly way. They’re trying to figure out how memory works in general. Because memories are mainly stored in the hippocampus area of brain, so they’re looking at people with a healthy and weak hippocampus to see if they can eventually help people with memory loss.

Have you met many others with Hsam?

Most are in the US, where the study is conducted, but they’ve got me in Australia, someone from India and the UK, and a few other places, too. I mainly am in contact with Markie Pasternak. She was the other young person featured on a 60 Minutes episode with me. But we met each other at UCI and talked all day because we had finally met someone who thinks and feels like we do and understands fully. Now we’re friends, we talk quite a lot over Facebook.

The first thing I said was, “When a new year starts, does it always feel like you’re going back in time rather than forward?” And she said, “Yes it does.” I’ve told so many people that particular thing but no one understood as much as Markie did, how it feels personally. We talked about how people perceive us. With Hsam we don’t have a perfect memory for everything. I said, “Do you ever feel embarrassed when someone tests another form of memory and you completely fail it?” And she said, “Yes.” Because people know me for this extremely good memory and then when I can’t remember something I feel like, what if they think that I’m faking?

“I used to think that everyone could remember my way.”

What’s a kind of memory that you’re bad at?

Photographic memory I’m not good at at all. With some UCI tests, I’m shown black and white squares and have to then tell where the white and black squares are. I just can’t do them. Another memory I’m not as strong at is short-term memory.

Is there a downside to your condition?

Definitely a downside is reliving negative memories. I like to call them intrusive memories. If there’s a day that I’ve been looking forward to, such as a fun day out, and all the sudden I get invaded by a bad memory, my emotions return to how I was then. It just ruins my day. I don’t like having them. My therapist is giving me mindful exercises and they’re helping.

What did you think before you knew of Hsam?

I used to think that everyone could remember my way. I didn’t think that I had a memory that was stronger than others. I did think there was something wrong with me. I thought other people were just better with coping with the memories than me. When I relived memories I’d be told, “You’re just dwelling in the past. Let it go. Move on.” I looked at it as an inability to move on or cope with memory. When I saw that 60 minutes episode in 2011, the realization hit me. 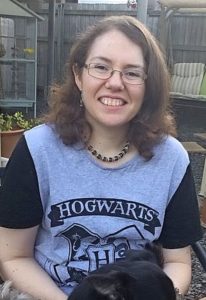 Sharrock can also remember every word from the Harry Potter verse, which is a real gift, since she’s a fan.

Had anyone complimented you on your memory?

They did. I did Tae Kwondo for many years and got my black belt in 2010. One instructor from Korea said, “I’ve never met anyone with a memory for fighting patterns as well as you.” And something I did do well at at school was spelling. The only thing at school I would get As for and not have to try. Teachers would say, “You have an amazing memory.”

Did it change anything to have a name for your abilities?

Absolutely, it was such a positive thing. It made me feel there’s nothing wrong with me. Now when I talk to friends or meet new people it’s just an interesting thing to talk about. People are so interested and I never really got that before. I was just someone who was quiet, socially odd, a bit weird and eccentric. But now I’ve got this one thing that’s an interesting thing to talk about.

“Being given a name for what I have is such a positive thing. It made me feel there’s nothing wrong with me.”

Do your infant memories feel like any other memories of yours?

Memories get clearer the older they get so for me they’re my clearest memories. Other participants are the same way. When I remember those early memories my reasoning is adult but my emotions return to how I remembered it. Because I remember things so deeply the emotions come back, and I’m remembering as an immature toddler. If I remember someone bullying me as a child in preschool I’ll start crying.

How far along are you in your book?

I’m halfway through. 21,000 words. I’ve just finished the school phase of my life.

With such a deep reservoir of memories to choose from, how do you select things to put in the book?

It’s hard. That’s why it’s taking me so long to finish the school and childhood section. I’ve had so many details from each year of my life. I expanded on my infant section because I’ve had so many questions on how babies think.

Are you able to remember conversations as a baby even though you couldn’t understand language then?

I didn’t understand words then, but when I remember them as an adult I can understand them. Hearing words as a baby that’s how I developed language because I’d always make babbling noises but then I’d hear words around me such as “hello”, “here’s mommy”, “here’s daddy.” I’d then try turning my babble into the words they were saying. That’s how speech came along. 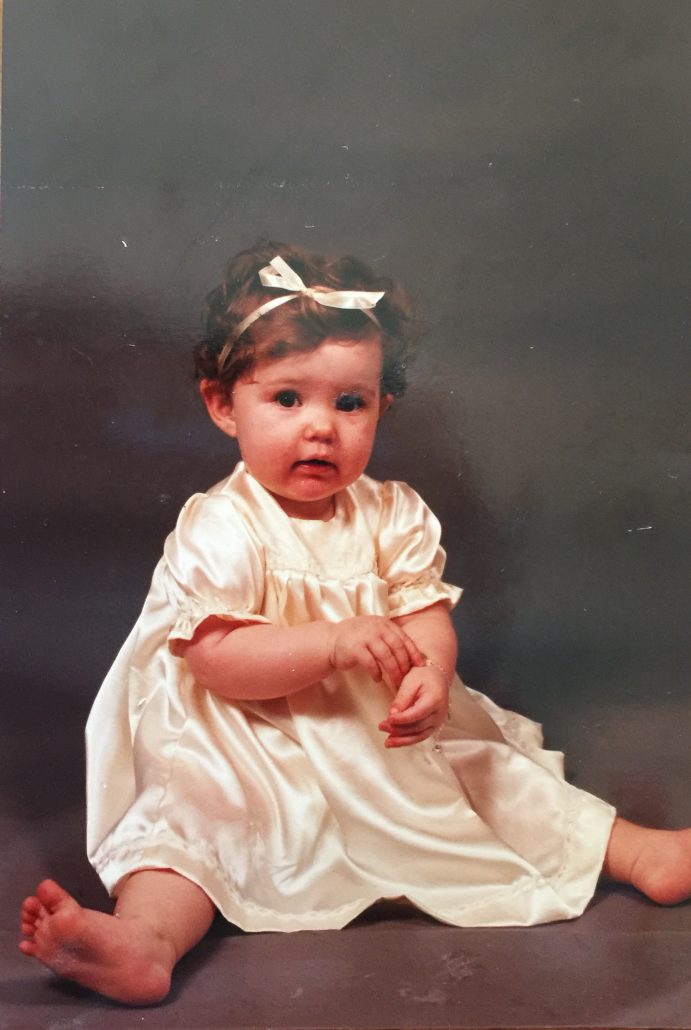 Sharrock can remember everything anyone has ever said to her, even before she had the ability to understand.

What are the most common questions you get?

What I remember as an infant, what day of the week certain days fell on, and the negative sides of Hsam, reliving bad memories.

Is there anything you wish people would ask you more?

I wish more people asked, “How is your memory just like most other peoples’?” I tell them it’s very similar but we just retain more of them for some reason. They call it highly superior autobiographical memory but it’s not that we’re superior or above anyone else. We’ve just got this quirk, this strange inability to let go of most of our clutter.

How does Hsam help you in life?

With public speaking. I can write and memorize a 10,000 word speech. And to get to sleep at night, when I’m distracted with so many memories, I’ve found that reciting the Harry Potter books puts me to sleep. I can also retaste food. So if I’m eating something I don’t like, a bland food like broccoli, I can imagine it’s chocolate and I’ll just taste chocolate.

Priti Salian
Useful Resources
Do you know someone else who would enjoy this story?
No Pain, No Gain

From Colorado With Love
Don’t miss one more amazing story.
Every week, we’ll send a few of our favorite stories to inspire you.
Send this to a friend
Scroll to top