If a rare disease steals your eyesight, you might as well drink good wine.
Pseudoxanthoma elasticum 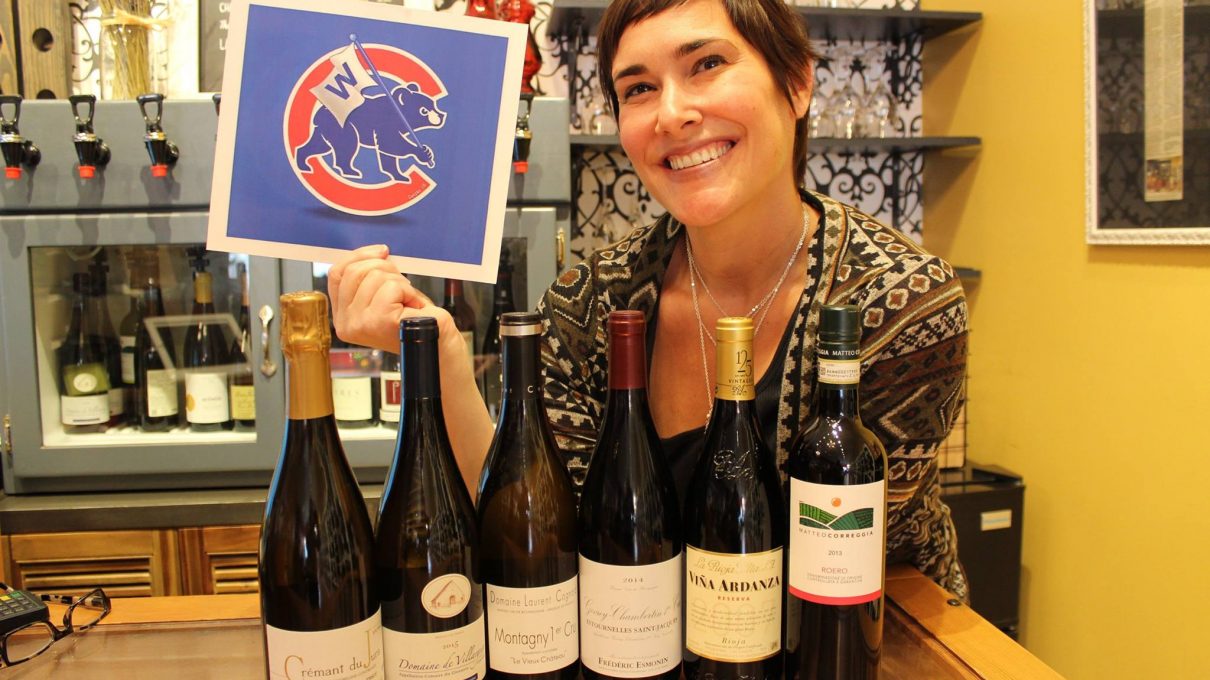 Diana Hamann, 46, has got her monthly eyeball shots down to a routine.

On a Tuesday, she pays some bills at her shop, the Wine Goddess in Evanston, before a neighbor drives her downtown to Northwestern Hospital in Chicago. In the exam room, she clutches a stress release ball (shaped like an eyeball, obvs) while “the Clockwork Orange thing” is affixed to her eyelid and she receives a numbing sub-conjugal shot of lidocaine. Five minutes after that, Hamann gets the main shot of Avastin. “They tell you, ‘Look up and to the left,’” she says. “I don’t actually see the needle coming at me, thank god.” The shots leave splotches of blood in the whites of her coppery brown eyes.

After she’s done, Hamann’s friends steers her to the hospital parking lot, at which point, she says, “I pop a Vicodin and cruise back to Evanston.” Someone will order in dinner for Hamann, her husband and their two sons, ages 9 and 11. All this, she says, is “not that bad, now that we have it down to a science.”

The Disease Doctors Have Never Heard Of

Hamann gets the Avastin shots in her eyes to delay the onset of Pseudoxanthoma elasticum (PXE), also known as Grönblad–Strandberg syndrome. She was diagnosed as a teen groing up in Lisle, IL but the disease didn’t manifest itself until she woke up a few years ago with “wonky” vision in her left eye.

“PXE causes angioid streaks that basically are cracks in the pavement for blood vessels to grow through like weeds and then bleed in your retina,” Hamann explains. “Avastin is like an anti-vegetation drug. Once you have the bleeding in your retina, it kills the weed. It stops the bleeding.” A cancer drug, Avastin isn’t technically FDA approved for PXE, but Hamann says it does help stop the bleeding. “It’s kind of sad: my mom died of cancer, and she was on it too,” says Hamann. “It’s like, ‘I’m now getting shots in my eyeballs, Mommy,’” she says, putting her hands together and calling to the sky, joking but not.

“It’s like, ‘I’m now getting shots in my eyeballs, Mommy.”

Hamann’s vision has deteriorated since she first noticed the wonky vision: she has lost central vision in her left eye and while she can still see through her right eye, “It has a wavy pocket I can’t see anything in. What really sucks, is that it flashes all the time,” she says with a laugh. “It’s ridiculous.”

Another pain of PXE is constantly having to re-explain the rare disease. “None of my doctors in my 46 years have ever known what it is,” says Hamann. “I’ll see a new internist and go, “BTDubs, I have this disease.’ They go, ‘I’ll be right back,’ and they’re looking it up.”

Those dealing with rare diseases, she says, are “kind of flying by the seats of our pants.” What has helped is a Facebook group for PXE sufferers, who exchange information about supplements, handling doctors, and concurrent symptoms. Hamann noticed, for instance, that her hands have become arthritic. “For a while I was like ‘God, I have the worst luck.’ Then somebody posted to the PXE group, “Hey does anybody else have debilitating arthritis in their hands?” Hamann says, “All these people were like, ‘Yes.’ ‘Yes.’ ‘Yes.’ ‘Yes.’ ‘Yes.’ ‘Yes.’ ‘Yes.’ ‘Yes.’” Other people have it in their knees and feet. Hamann also has hearing loss in her left ear due to otosclerosis, the fusing of bones, which she now realizes may also be related to PXE. “That group is really good for that stuff,” she says. “Am I just falling apart and have the most blasted luck? Oh, no, it’s probably PXE-related, even though it’s not an official symptom.” She jokes that because of the users’ vision impairment, “Very often there’s a lot of typos.”

For anyone with a rare disease, Hamann says, “You have to be your biggest advocate.”

For anyone with a rare disease, Hamann says, “You have to be your biggest advocate.” In that case it’s getting the pain and anxiety relief she needs to get the shots. “I’m a giant believer in drugs,” she says. “It’s just like childbirth. I’m not a person that’s like, ‘Natural childbirth,’ and I’m not going to advocate ‘natural eye shots.’” Hamann says she had to fight to get access to the four Vicodin she is allotted per month. “I know there’s a raging opioid epidemic, but too fucking bad — I get shots in my eyeballs! You might as well make it easy on yourself, because it sucks.”

The Wine Goddess At Work

Hamann is the type of person who reflexively looks at the bright side—she may be losing her vision, but hey, she lives in the age of e-readers. Another thing she is thankful for is her job as the owner of the Wine Goddess, an elegant but friendly and laid-back shop where she sells wine by the bottle and by the glass and hosts events like tastings, classes, concerts, and even visits from Santa Claus over the holidays. “I always say, I just hope that things work out because I’m largely unemployable at this point.  Being the boss, nobody’s going to fire me if I miss two days a month consistently.”

Over ten years of experience as a wine consultant and background as a bartender gives Hamann a positive and confident “cool head camp counselor” vibe that greets you when you enter her small but airy shop, where she stocks wine from smaller makers in the $15-$25 range. “I love to meet winemakers and if they’re really cool and I connect with them, I’ll happily sell their wine, but if I hear somebody’s a notorious bastard, it gives me joy not to carry their wine. The little power that you have in life, it’s neat that you get to wield it for good in the world.” (What is she drinking lately? “Ooh: a gigondas—Domaine Des Bosquets. It truly has a sense of place; tons of rocky minerality and herbs de provence and raspberry and white pepper and all those fun things that wine people geek out over.”)For now, while she can still see the clarity and hue of a glass of wine, reading and writing at work have become more difficult. While Hamann can’t bone up on new material to teach her wine students, her loyal employees are teaching new classes while Hamann can lead the classes she’s memorized over the years. In them, she combines her positivity and her authority to teach her customers, even when some forgo the spit bucket and get a little chatty and distracted. “Teaching’s one of my favorite things that I do,” she says. “What better way to become your local guru than to pour wine for people and talk about the history of this winery and this appellation and these soils vis a vis the climate and that particular vintage?”

Hamann’s customers, who come for her personalized recommendations and stay for the frose, truffled popcorn, and children’s toy table, are loyal, and reached out with concern when she announced her PXE diagnosis online and in a newsletter. “I am constantly impressed and heartened by the kindness of my customers and how much they want to see not only me succeed but my employees” she says. With such a symbiotic relationship with her customers, did she ever consider not telling them? “I may have reconsidered it if there wasn’t such obvious evidence, if I didn’t have really bloody eyes two days every month. It would be weird to say, ‘Hello can I help you?’ with these insidious eyeballs.”

Priti Salian
Do you know someone else who would enjoy this story?
Why The ‘Saw’ Films Are Relatable To Anyone Who Is Chronically ...

Hands As Big As Pillows, And Other Weird Migraine Symptoms
Don’t miss one more amazing story.
Every week, we’ll send a few of our favorite stories to inspire you.
Send this to a friend
Scroll to top