Hamburgers grow on trees, a man on a hoverboard flies over a waterfall, Ra the Sun God stares down a monkey riding a horse: If you saw Ricketta “Rickie” Algarva strolling down the street with her walker one day, you probably wouldn’t guess that these sorts of wild images churn beneath her orange bucket hat. At 76, with cropped white hair and hearing aids, the petite, soft-spoken artist creates psychedelic worlds as dazzling as Lewis Carroll’s Wonderland.

For the past twenty-nine years, Rickie has worked out of Creative Growth Art Center, a nonprofit organization that serves artists with developmental and physical disabilities in Oakland, California. Founded in 1974 by an art educator and a psychologist in their Berkeley garage, Creative Growth now provides more than 150 artists with supplies, gallery representation, and professional studio space in a cavernous former auto-repair shop in downtown Oakland.

“Shall I add some birds here?” Rickie muses one morning in the studio, painting technicolor accents onto her latest wooden sculpture. It features a few of her trademark motifs: Waterfalls, wine bottles, flying people, flying hamburgers. (Rickie emphasizes that her interest in hamburgers is purely aesthetic: “I don’t eat hamburgers. Only once in awhile. They’re greasy. All that fat in ‘em.”) 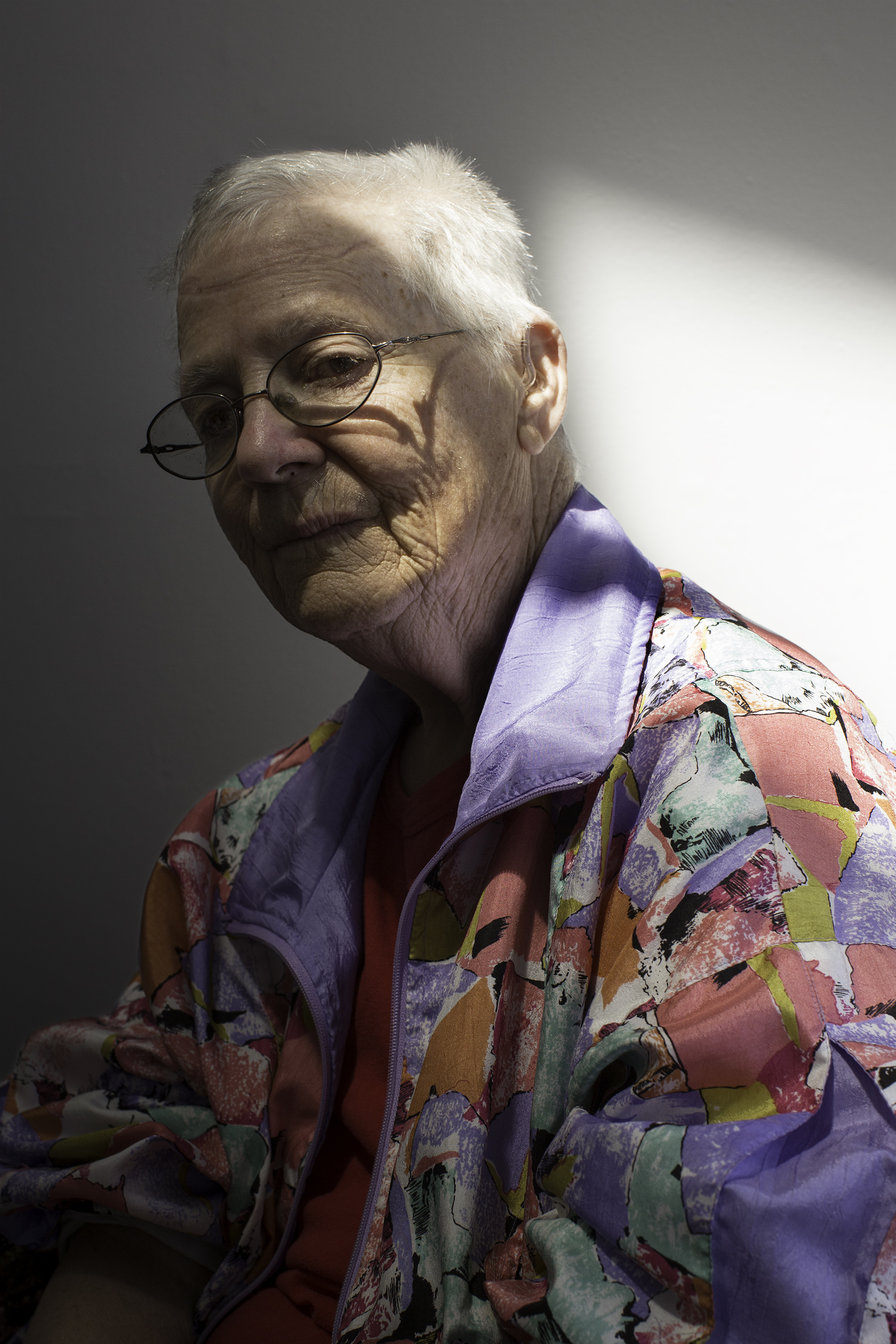 Born premature at East Oakland Hospital in 1941, infant Rickie weighed just three pounds, eleven ounces. “I wasn’t expected to live,” she says, let alone to become a professional artist. While growing up in Oakland, decades before the passage of the Americans with Disabilities Act, she didn’t receive much support for the learning disabilities that resulted from her premature birth. As a student at Fremont High School, she was constantly made to feel “slow.”

“Back then, it was different,” she says. “It was hard for me to learn.” To escape, as a kid, “I was always playing with polliwogs in the creek. I was a tomboy.” She also drew pictures: “I always wanted to be an artist.” But nobody encouraged her pursuit of art. Rickie’s father, a first-generation Italian immigrant who worked at the Port of Oakland, “was very high-strung, and had a temper,” she says. “My mother was the sweetest person, but my father would get real mad if he tried to show me a problem and I couldn’t do it. It wasn’t a good environment.”

She holds no resentment, though: “You can’t change the past,” she says, channeling the wise monkish figures she often draws, who levitate with eyes closed on magic carpets. “It’s already gone.”

In Rickie’s generation, people with disabilities usually had two dismal options: either to be institutionlized.. or to ‘go with the flow’.

In Rickie’s generation, people with disabilities usually had two dismal options: “Either to be institutionalized or pushed to the edges of society, or to ‘go with the flow’ and fake their integration into ‘regular’ or ‘normative’ society,” Creative Growth Studio Manager Matt Dostal says. Rickie was able to do the latter—she attended mainstream public schools, married, had a daughter, then got a divorce—but it wasn’t until she joined Creative Growth in her forties that she found the artistic and educational resources she craved growing up. Since then, she’s created an astonishing body of Surrealist work: Hand-bound books, colorful rugs, painted wooden dioramas.

“Creative Growth kickstarted my art career,” Rickie says. “There’s no words to tell you how happy I am being here. My art makes me happy, and it makes other people happy, too. Especially when you sell it. [Creative Growth] gave me a job. I never had a job outside the home. My learning disability made it difficult to find employment.” Now, her rugs sell for up to $750 apiece. Her vivid colors and strange creatures are a hit in the San Francisco Bay Area, the epicenter of the sixties’ hippie modernist art movement.

“I never had a job outside the home. My learning disability made it difficult to find employment.” Now, [Rickie’s] rugs sell for up to $750 apiece.

“Rickie has such an unassuming physical presence, but she’s a fun-loving psychedelic explorer,” Dostal says. “For Christmas one year, Rickie asked her sister for a Cream album—because she thought it would help her with her artwork.” But unlike the British rock supergroup, Rickie seeks no chemical assistance for her visions. Her artistic inspirations range from Egyptian mythology to a guy she saw hoverboarding on the sidewalk to her favorite TV show, Ancient Aliens, on the History Channel.

Usually, Rickie is as amused and mystified by the products of her imagination as anyone. “Where the heck do you come up with this stuff?” asks Kathleen Henderson, a Creative Growth staffer. Rickie shrugs: “It’s almost like a freestyle. It all just comes out of my head.”

In May, after celebrating her 76th birthday and watching her 47-year-old daughter graduate from Merritt College with a degree in Genetic Counseling, Rickie started working on illustrations for a new children’s book. Instead of adding words, she’s leaving blank lines beneath each illustration, so that children can interpret the pictures themselves and write their own stories. 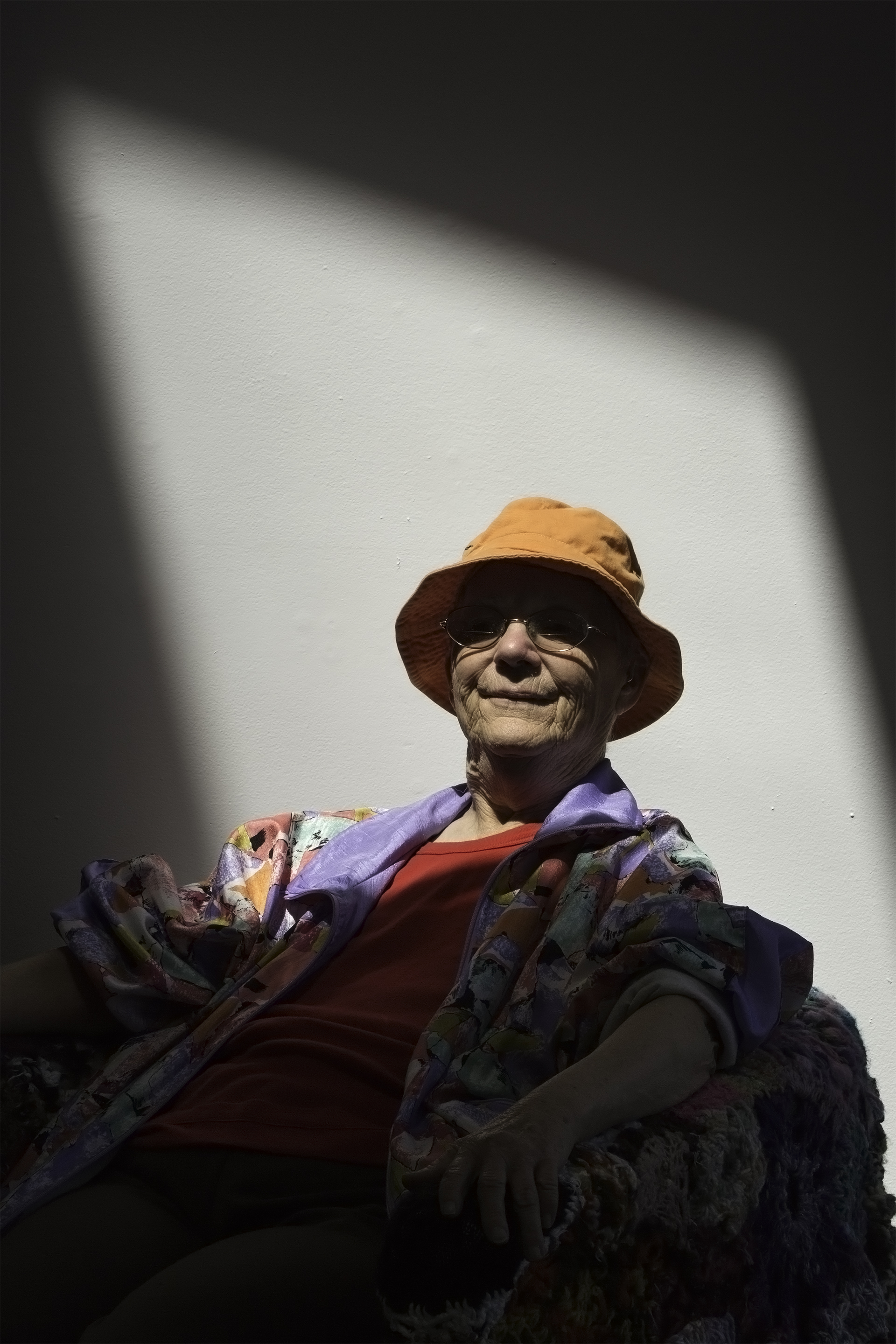 When I ask how the characters in one drawing plant their hamburger trees, Rickie deadpans: “These kids just throw hamburgers in the ground and they grow,” she explains. “If they wanted to grow a sesame seed bun, all they’d have to do is put sesame seeds in the ground.” She starts laughing hysterically, tears streaming down her cheeks. “Oh my goodness,” she says. “Oh my goodness.”

She points to a character wearing harem pants and a bowtie. “He’s a fantasy guru,” she says. “He’s gonna change these snakes into tree branches by casting a spell over them.”

I ask Rickie if she ever casts similar spells. “No,” she says, with a sly smile. “I’m a good witch.”

She colors quietly for a bit, then pauses: “You know, I was lying in bed the other night, thinking about what my next drawing is gonna be, and I was thinking it would be some kids riding a tricycle. But instead of wheels on the tricycle, do you know what I was thinking there would be?” She raises her eyebrows.

This is part one of four of Folks’ series of profiles of some of the amazing artists at Oakland’s Creative Growth Arts Center, which serves artists with developmental, mental and physical disabilities. 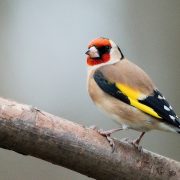 Watching My Way To Wellness
Francesca Baker
Find Her In The Fog Because Chemo Is Scary Enough Without Wigging Out
Don’t miss one more amazing story.
Every week, we’ll send a few of our favorite stories to inspire you.
Send this to a friend
Scroll to top