After Frank Maugeri received a life-changing diagnosis, the renowned artist and performer struggled to achieve balance between his art and his condition.
cerebral leukodystrophygrand malgrand mal seizure 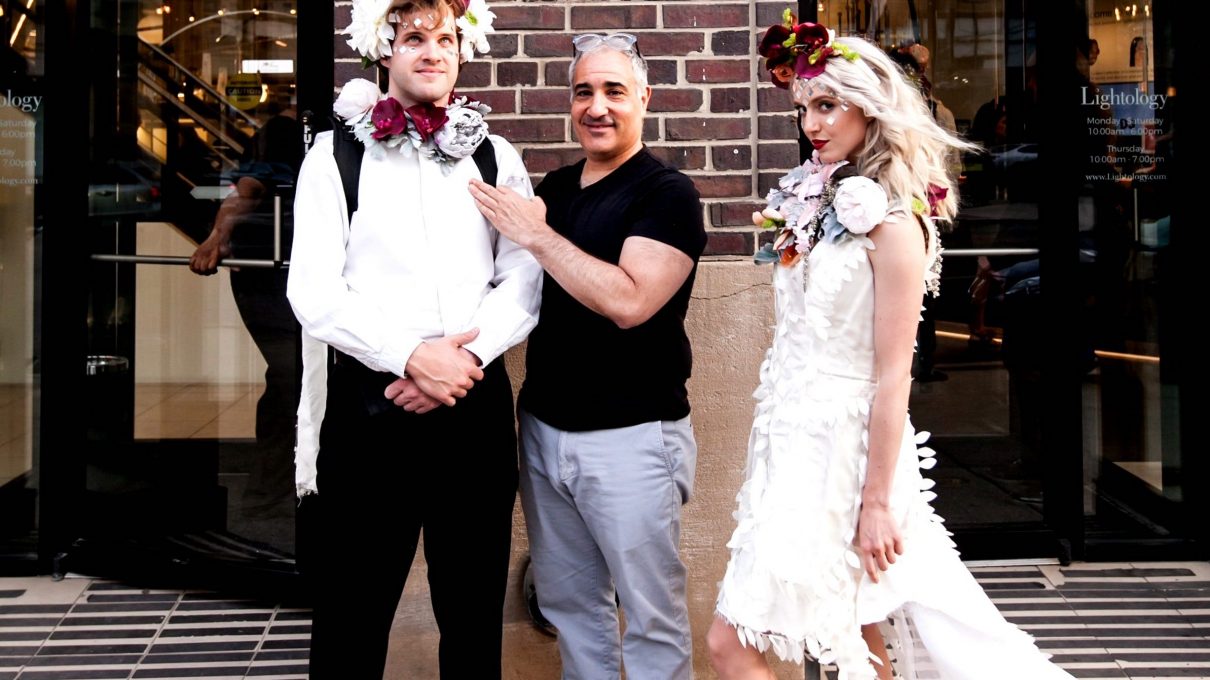 At one of the Chicago theatrical company Cabinet of Curiosity’s recent productions—an exclusive birthday party for a private client—crow-headed performers handed out scrolls with prayers for the guests to mediate upon. Later the partygoers gathered around a series of illuminated tables, each outfitted with manual cranks that propel hand-illustrated images across the tops.

“Mythical, poetic and very dreamlike,”  explains Cabinet of Curiosity’s 50-year-old founder, Frank Maugeri, a puppeteer renowned for his decades-long tenure as the artistic director of the renowned Redmoon Theatre. “The tables are telling visual tales of spiritual transformation.”

The performance is a dry-run of sorts for the third annual Illumination, an over-the-top, tickets-only Halloween bash in Chicago’s West Loop that Maugeri is staging with former Redmoon youth board president, Shawn Clark, with support from the Clayco Foundation and many other sponsors. All proceeds from the raucous celebration go toward research into retinal vasculopathy with cerebral leukodystrophy, a rare neurological condition that took the life of Clark’s mother. But it’s unquestionably a party.

“Something alarming, shocking and beautiful happens every few minutes,” Maugeri says. “It’ll be wild and chaotic, and that’s where ritual comes from.”

“Something alarming, shocking and beautiful happens every few minutes.”

A child of the 60s who attended a few hundred Grateful Dead shows and traveled to Big Sur in the hopes of meeting legendary poets and philosophers, Maugeri has experienced for himself how such rituals can create the sort of “aesthetic arrest” that Joseph Campbell wrote about: moments that are so beautiful that they temporarily  alleviate life’s burdens. In a world barren of ceremony, Maugeri wants to create new, more relevant ones: “pockets of solace where people can be different and engage one another differently,” he explains.

This mission became even more urgent when, less than a year after the first Illumination in 2016, Maugeri was diagnosed with a rare form of vasculitis of the red blood vessels in the brain. It only impacts 1 in 2 million people. 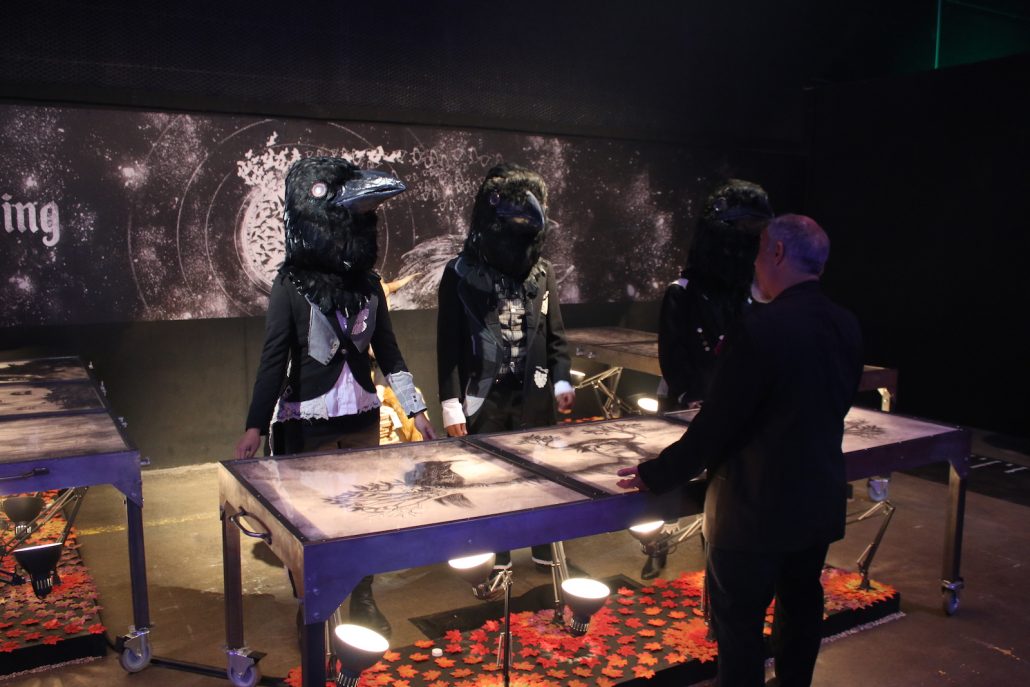 The installation ceremony at When He First Heard the Cawing, a commissioned event in 2018 conceived by Frank Maugeri and written by Bill Bartolotta.

It seemed to strike out of the blue. He was talking with his daughter during a theatre intermission when he had a Grand mal seizure. The next day, he had another one. Cat scans revealed that the left side of his brain was swollen, and he had already suffered numerous “silent” strokes. He spent nearly two months in the hospital while doctors tried to diagnose his condition.

Initially, neurologists advised high-dose chemotherapy to reduce the swelling, but Maugeri vetoed that idea and found another doctor willing to try out a months-long steroid regiment. It brought the swelling down, and anti-seizure meds have likewise worked as intended, but there are side effects. Most notably, in the past year, Maugeri’s former 20/20 vision has deteriorated so much that he now wears glasses. “It’s a small price to pay,” he says.

Maugeri’s condition is treatable but not curable, and doctors are not sure how, when, or even if it will progress. “It’s literally uncanny,” Maugeri explains. Monthly cat scans show that he has remained stroke-free since he was diagnosed, but the possibility that he’ll have another one is always in the back of his mind. “It’s very difficult to function with a hypothetical impending tragedy that may never come,” Maugeri explains, comparing it to the threat of nuclear annihilation. 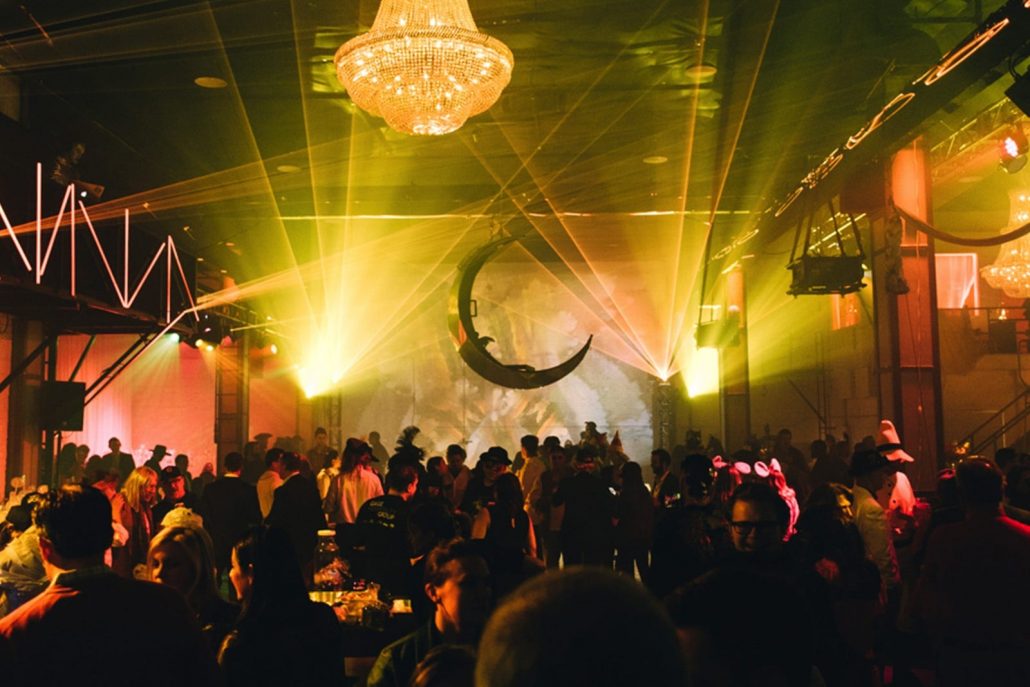 A moment of celebration at Illumination at Moonlight Studios in 2017.

How To Tell When A Seizure’s Coming

Many people come to associate strange sensations with the onset of a seizure, but Maugeri has no memory of his, so he’s constantly on guard. One morning, he thought he smelled sausage. None was cooking, and he dutifully recorded it in a journal that he shares with his doctors. He’s also watching his diet, exercising and trying to enjoy more time with his wife, Susan Haas, and 11 year-old twins, Samson and Frida.

“I’m trying to be more cautious, but caution has never been part of my art-making,” Maugeri says. “Five years ago I was a reckless fast-moving machine with no off switch.”

“It’s very difficult to function with a hypothetical impending tragedy that may never come,” Maugeri explains, comparing it to the threat of nuclear annihilation.

Indeed, as the producing artistic director at Redmoon Theatre, Maugeri had a direct hand in creating the organization’s over-the-top style, which includes pageantry, puppetry, music, live performers, light shows and more. Once, the company (Maugeri included) performed Loves Me . . . Loves Me Not on the roofs of flooded houses in the Jackson Park lagoon. For The Astronaut’s Birthday, they used multiple overhead projects throughout the Museum of Contemporary Art to project images onto the cloth-covered windows, resulting in a four-story graphic novel visible from the exterior.

But while thousands attended Redmoon’s public performance, the theatre’s popularity belied its shaky finances, and in 2015, it took a final bow. It was a shock, emotionally and financially. Creative consulting gigs with organizations like Chicago Children’s Theatre and Lurie Children’s Hospital keep the lights while Maugeri builds Cabinet of Curiosity into a full-time enterprise. Launching a new theatre company in such a competitive market is an almost herculean task, especially under the circumstances. “Theatre is not an arena for the weak,” Maugeri says. “How do I even navigate this?” 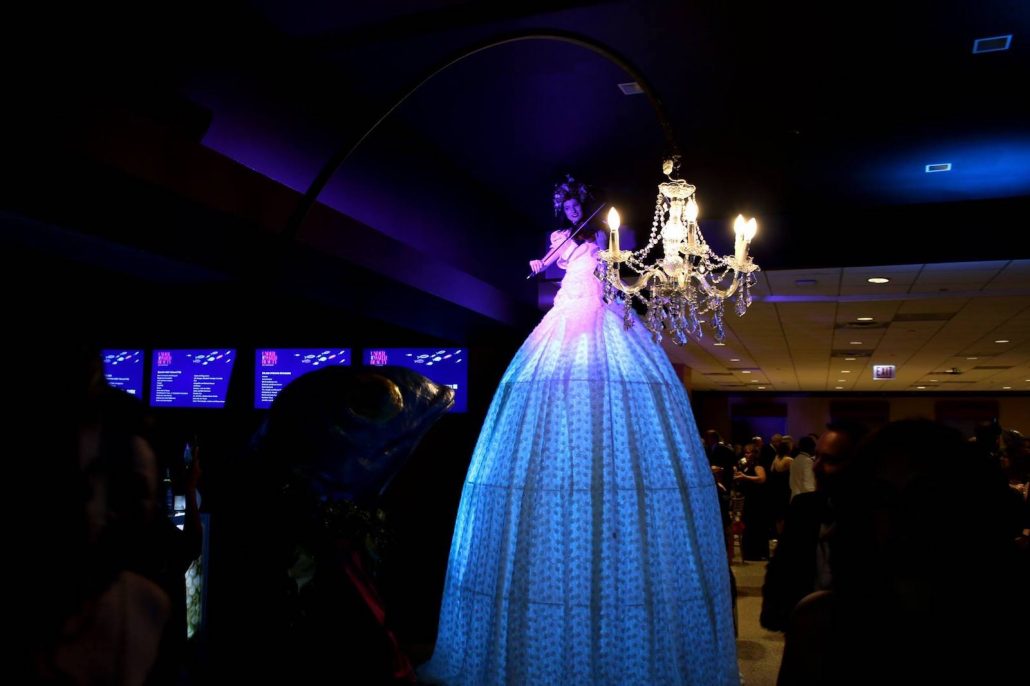 The Tall Lady makes a big statement at the Shedd Aquarium’s Underwater Beauty Gala in 2018.

Getting Back On Stage After Being Sick

He has a few notions. Experiencing throngs of screaming fans at Redmoon’s events was thrilling, but Maugeri wants to connect with his audience in a more intimate way. That said, he has no intention of sacrificing the sort of spectacle that defined his past work. Acutely aware of his own mortality, he has also begun training others in the medium. “I want people to do things that I would never have thought of,” Maugeri explains.

For now, he’s focused on Illumination. This year’s theme is ‘the bardo’—a liminal plane between one life and the next. In addition to the crow-headed performers, the estimated 1200 costumed guests will witness an epic battle between a violin-playing woman wearing a 12-feet-tall illuminated dress and a guitar-playing man inside a glowing moon suspended from the ceiling. 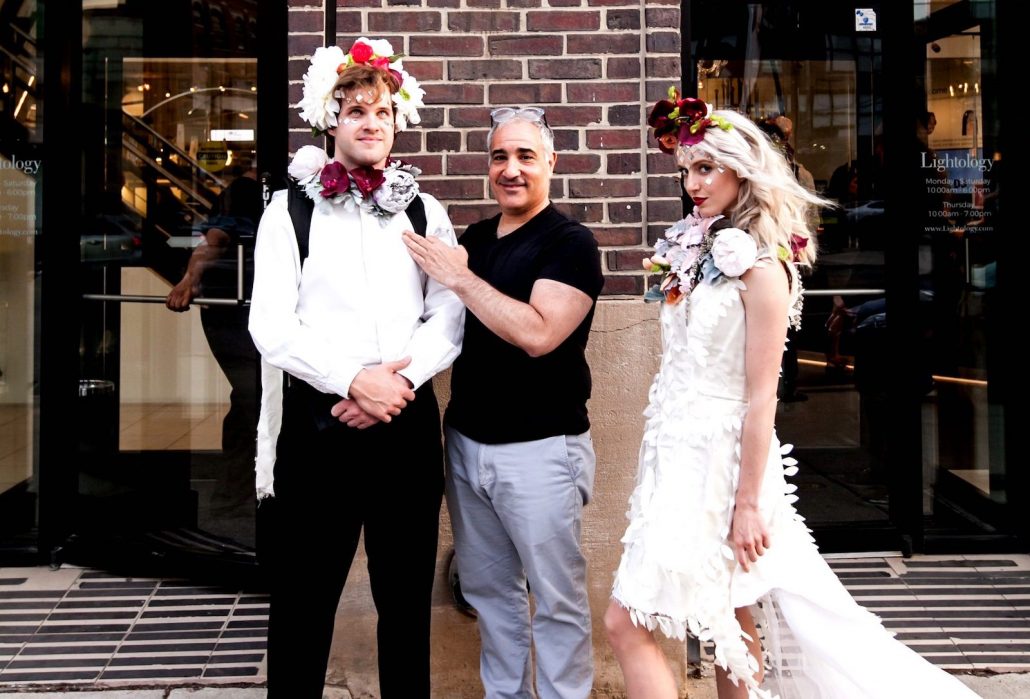 Frank Maugeri at a private event at Lightology in Chicago.

“I’m trying to be more cautious, but caution has never been part of my art-making.”

“It’s provoking your sense of hope and fear, and you must choose between the two,” he says. “You won’t understand it consciously and that’s not my goal. Ritual is not dogmatic. It’s experiential.”

It’s a choice that Maugeri makes every day. While he’s still working out the life he wants for himself, he sees four pillars clearly: artist, husband, citizen, and father. He lifts his sleeves and points to the tattoos of his children’s one-year-old faces, one on each forearm in perfect symmetry. Striking that kind of balance in life isn’t always easy, especially amidst so many unknowns, but when the feelings become too intense, the creative force known for his bombastic productions finds solace in silent meditation.

“I go into a place that’s clean and clear,” Maugeri explains, “so I can quiet the voices and see the next me.”

Meghan Beaudry
Do you know someone else who would enjoy this story?
MS Through A Photographer’s Eyes

How To Survive Your Child’s Cancer Diagnosis
Don’t miss one more amazing story.
Every week, we’ll send a few of our favorite stories to inspire you.
Send this to a friend
Scroll to top