When his first guide dog, Tennille, retired, blind hiker Trevor Thomas wondered if he'd ever find another like her.
blindness 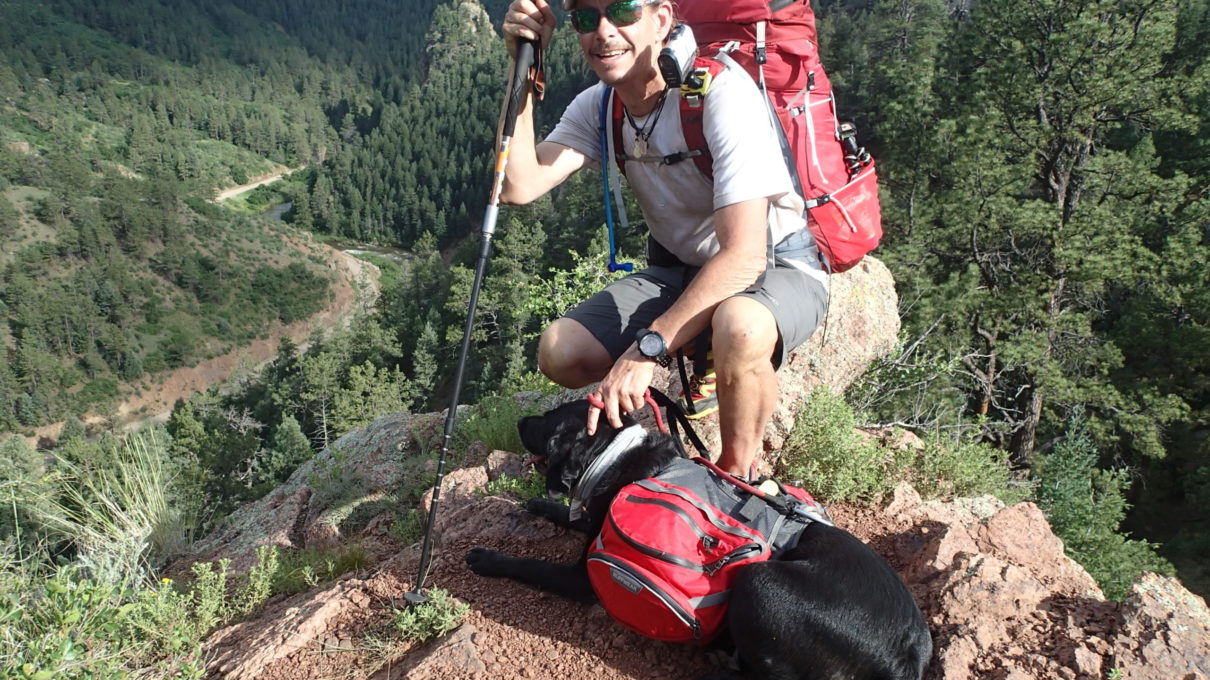 Trevor Thomas, a.k.a. “The Blind Hiker,” knows the exact moment when his guide dog Tennille “told” him she wanted to retire: at 14,000 feet on the summit of Mount Gale in Colorado.

“She just dug in her feet and said ‘I’m not going any further,’” he recalls.

He got her off the mountain, but back home in North Carolina, the black Labrador retriever would freeze anytime he pulled on a backpack. He realized his dog had lost the joy she had shared with him while they’d hiked an incredible 13,000 miles together over the past seven years.

They had even made history after hiking nearly 500 miles on the Colorado Trail; Thomas became the first blind person to hike the trail without a human guide, and Tennille became the first guide dog to complete it. Naturally, they share a close bond and he takes pains to listen to her.

“She told me she wanted to retire, but actually making the call and saying, ‘Yes, I need a new dog’ was really, really hard to do,” he says. “My biggest concern was: What happens when I bring a new dog home? Tennille was with me forever and she’s still with me now, so my big concern was her well-being.”

“She told me she wanted to retire, but actually making the call and saying, ‘Yes, I need a new dog’ was really, really hard to do.”

In 2018, the California-based nonprofit Guide Dogs for the Blind partnered Thomas with a yellow Lab named Lulu. Tennille seemed depressed when Lulu first joined the family, but about five weeks later, she rallied when it was time for Lulu’s first big hike in Virginia’s Grayson Highlands State Park.

“Tennille wanted to go,” he says. “She actually showed Lulu some of the ropes on how to do trail work. I was very proud of Tennille that she wanted to go out for one more go around.”

During the adventure, the professional hiker and motivational speaker also felt “terrified” about how Lulu would perform.

“It’s a little frightening wondering, ‘Can she do it?’ Because I bet my career on Tennille and then I was betting my career on Lulu,” he says. “If Lulu couldn’t do it, then I would have had to retire.”

At the end of the 3-day, 40-mile trek, Thomas knew he needed to put in more work with Lulu. Just as he had spent years training Tennille every day for eight hours, he started intensive positive training sessions with Lulu. He felt it was important for her not only to master her job, but to love working as a team.

“It’s kind of a symbiotic relationship,” he explains. “I rely on them as much as they rely on me. They keep me from falling off a cliff and I deal with things when they tell me there’s a bear around the corner.”

“I rely on [my dog] as much as they rely on me. They keep me from falling off a cliff and I deal with things when they tell me there’s a bear around the corner.”

Thomas relied on Tennille to assist with training, which sped things along. In 2019, Thomas took Lulu to Colorado for their first long distance “thru hike” without Tennille – nearly 200 miles up and over the Collegiate Peaks. Before setting out, he obtained the most updated trail report, but it hadn’t been updated since inclement weather.

“Of course, we got to our first section of trail that didn’t seem familiar and an avalanche had come down and basically taken the trail away. I had no idea where I was, my directions weren’t matching, and – amazingly enough – Lulu ended up doing the same things for me that Tennille once did,” he recalls. “I just asked her, ‘Which way do we go?’ Knock on wood, she chose the right way. She went from zero to hero pretty quickly.”

Though there were a few issues, such as the night Lulu slept right through a marmot eating his shoes, the guide dog proved her mettle in critical situations, like crossing “knife edge” ridges with steep drop-offs on both sides.

While Thomas sometimes thought of Tennille in the backcountry, he purposely tried to stay focused on Lulu.

Thomas has been surprised that Lulu is even more athletic than Tennille. He takes more steps per minute while training with the fast dog, and at 50 years old, he feels stronger than he has in several years.

Meanwhile, Tennille has been finding joy again in her second career as a therapy dog. She loves the attention she gets from students at two local schools, including a school for blind children that Thomas started. He’s glad she gets the chance to shine for the kids.

“Tennille gets an extra spring in her step like, ‘Yup, I’m on display. I’m the coolest dog in the world.’”

“Tennille gets an extra spring in her step like, ‘Yup, I’m on display. I’m the coolest dog in the world.”

Though Tennille and Lulu can act jealous of one another, they also sleep and play together. Best of all, they’ve finally learned to take walks with Thomas without bullying one another about who gets to be the guide.

Because the coronavirus pandemic forced Thomas to scrap plans to hike California’s John Muir Trail this summer, he is using the extra time to continue training and bonding with Lulu. Like Tennille, she’s now able to lead him to brand name items like “Rold Gold pretzels” at the grocery store, to the amazement of other shoppers.

The only thing left for Lulu to learn is how to anticipate her handler’s needs – as Tennille did – but Thomas has no doubt the young dog will meet that challenge and realize her full potential.

“Lulu will get there, and it’ll just be that much more fun when we get back out,” he said. “There’s no shortage of really cool places to go explore together.” 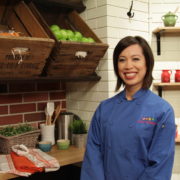 The MasterChef Who Cooks With Four Senses, Not Five
Deborah Lynn Blumberg
Having A Heart Attack During COVID-19

The Skin Disease That Gave The World Socialism
Don’t miss one more amazing story.
Every week, we’ll send a few of our favorite stories to inspire you.
Send this to a friend
Scroll to top