The last lesson my mom taught me before she died of stomach cancer was the secret to living life to its fullest.
cancerstomach cancer 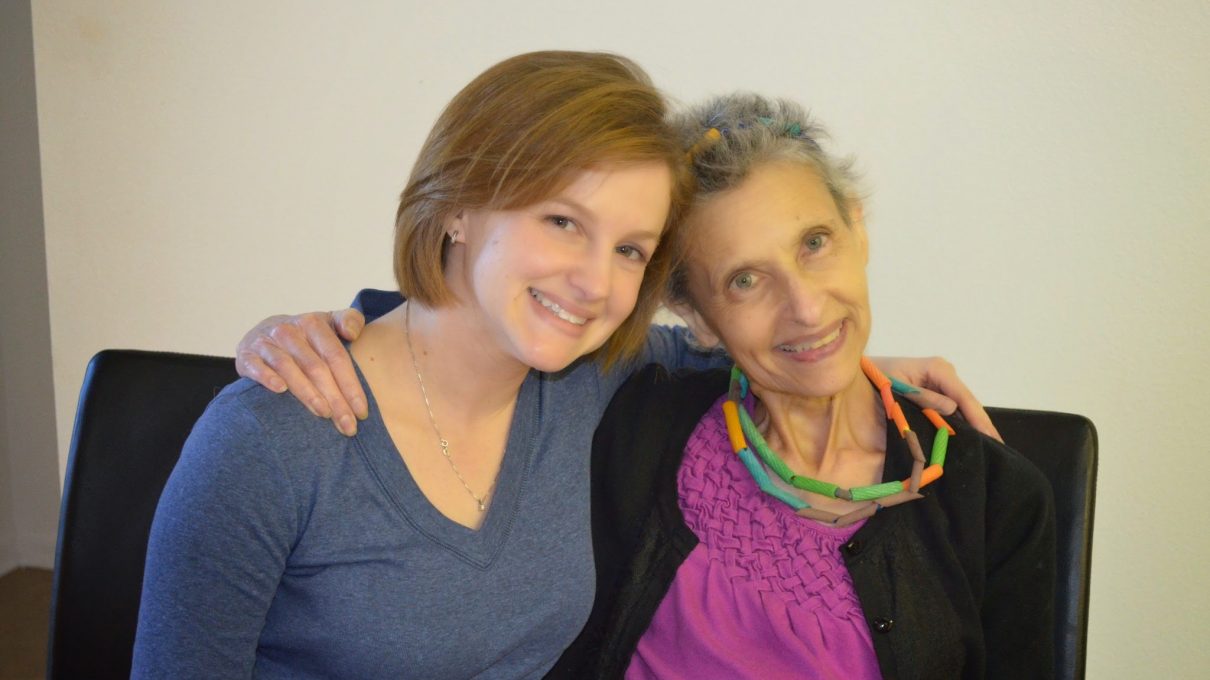 “How am I going to raise my kids without you?” I asked clenching my hands tightly in my lap. “They’re still babies. I need you. You’re not done yet.”

I shifted in the plastic-backed wooden chair and looked around the kitchen, as if taking it in for the first time, or, perhaps, the last. The mirrored ceiling fan above our heads spun in circles, calm and steady, just like it did for countless meals growing up.

It was hard to look at her; she was different. She smiled at me in a way I’d never seen before.

She was serene and at peace with her decision, but we were not. She’d already moved on, but we hadn’t.

It was mid-November 2014 and her four grandchildren were playing with their great-aunt, two rooms away. In the kitchen, we could hear their giggles and gleeful screams, along with the popping sound of a push toy and a Disney movie playing in the background. My mother would usually never miss an opportunity to spend time with her grandchildren, but nothing about what we were going through now was usual.

She was serene and at peace with her decision, but we were not. She’d already moved on, but we hadn’t.

The air in the house was heavy this time. Heavy in a way it had never been before. Even during the three previous times where she’d faced cancer, there was hope. This time, all there was was dread, thick and looming.

Yet through all of this, my mother sat across from us, completely content. The morphine had begun to take effect, easing her of the unbearable pain of Stage IV stomach cancer. This time, we all knew, death was going to win, but only my mom seemed at peace with this. Perhaps she felt some peace with the fact that she had chosen to leave on her own terms, by coming home and saying goodbye to friends and family. But part of me wondered if the morphine had transformed her personality. Clockwise from top-left: my sister, me, and my Dad, saying our final goodbyes to my Mom in November 2014.

A pessimist by nature, my mother was not usually the serene, peaceful woman she was now. As her brother said, she was normally staid. Ask anyone who knew her how she’d face her death, and they’d tell you the same thing:  Yes, she’d have emotions, but not these. She’d be angry. She’d be sad. She’d be jealous of those who were able to watch her grandchildren grow. She wouldn’t smile. She wouldn’t be at peace.

All sitting together at the table, my mom faced me, my sister, and my dad, saying her goodbyes while she was still lucid. I was directly across from her, and her stillness, her peace and her sense of calm as she said goodbye to the three of us flooded me with emotions.

Her stillness, her peace and her sense of calm as she said goodbye to the three of us flooded me with emotions.

She never sat still like this, ever. She was a doer, always a doer. She’d clean the baseboards while we spoke on the phone. She weeded her grass by hand. Weekly. She purchased and planted flowers at her synagogue. She took long walks and bike rides; she exercised daily in front of the TV. She didn’t take the time to sit and enjoy the calm peacefulness of a warm spring morning, dew still on the grass, birds singing and the sun warming the earth. She was moving. Keeping busy at all times. There was always something for her to do.

But now, facing death, she was stiller than I’d ever seen her. And I didn’t know what to think about it. Mom seemed to have no regrets about ending her life, even though she was leaving so much behind.

A few months before, a little over one year into what would be a contentious three-year divorce, I’d taken my children to visit family friends at their beach house. One night, after the children had gone to bed, I asked what my friend’s network name “hllc” stood for.

“It stands for happy little life club,” he told me. He’d taken up that motto after his divorce. It was how he chose to live his life. That was nice, I thought, but definitely not my life. Yet that phrase stuck with me for some reason, never too far from my mind.

As I sat observing my mom watch her family tearfully tell her goodbye, “happy little life” re-entered my mind. Is that what she had, I wondered? Even though she was leaving so soon, abandoning the life she worked so hard to create? Was she really happy? Was she really content leaving her life? Her own “happy little life” that was still in progress?

We each took turns telling my mom how we felt about her, what we’d miss, how sorry we were that this was happening to her. Our eyes were wet, but not hers. The only thing she gave back were smiles and small words of comfort.

The next few weeks would be challenging. Death refused to take my Mom quickly. As we waited for her to pass, I found myself thinking back, over and over again, to our final conversation. The peace from which she spoke—her acceptance of death—impacted me in a way I couldn’t quite understand, but kept coming back to.

In the three years since my mother died, I think I have finally come to understand what my mom communicated to me that day. When we sat down together at that table, my life was full of stress and sadness, but since then, I’ve divorced, returned to my writing career, and worked hard to create a life that I was proud of; a life I could accept leaving with nothing left undone or unsaid at the end of the day.  I’ve challenged myself to do things that bring me joy, knowing that life could end at any moment.

So today, my mother’s final serenity make sense to me. The woman who had moved through life as if it were a to-do list of tasks had finally checked off every last one, and was free to rest. The woman who never sat still finally did.

That woman, my mother, had her happy little life, just in her own way.

And now, I know she was trying to tell me, it was time to make mine.

What Do You Say To Someone With Cancer?
Tom Chick
Mixed Blessings

How Meditation Helped Me Heal After Hysterectomy
Don’t miss one more amazing story.
Every week, we’ll send a few of our favorite stories to inspire you.
Send this to a friend
Scroll to top