The High Cost of Grandma’s Cooking

Growing up in Alabama, James Burge scarcely ever ate a meal that didn't contain lard. But as his family member started dying of heart disease, he rethought his culinary heritage.
heart diseasehigh cholesterol 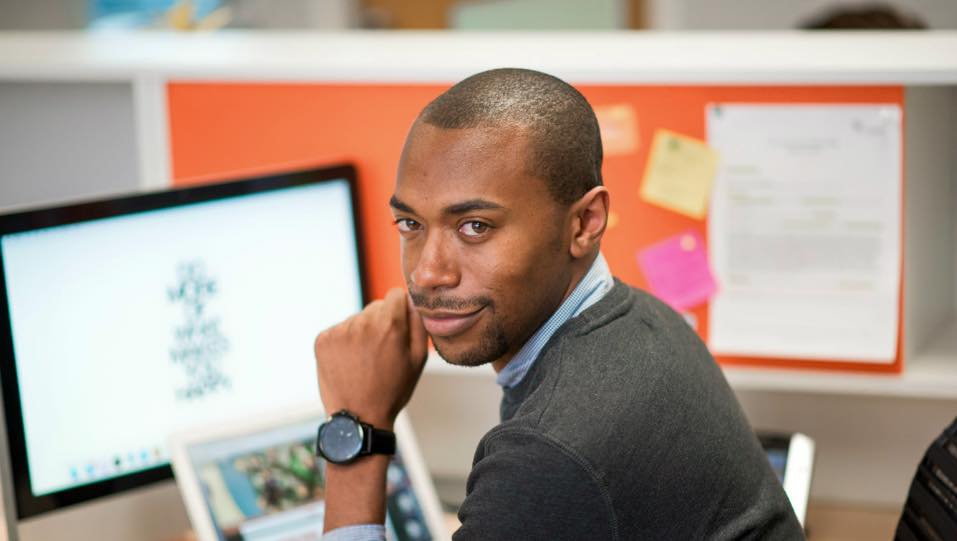 For James Burge, childhood tastes like his great grandmother’s lemon cake. His earliest memories are of baking, his small hands carefully measuring out flour, fat, and sugar; his great-grandmother lifting him up to the stove.

James still makes the lemon cake. It’s an homage to his Alabama childhood, and to the relative who helped raise him. He’s adapted the recipe a little: using less sugar and oil, thanks to another family legacy, the high blood pressure which has been passed down the family line along with the cake.

According to the American Heart Association, “The prevalence of high blood pressure in African-Americans in the United States is among the highest in the world. More than 40 percent of non-Hispanic African-American men and women have high blood pressure.” This problem is exacerbated by cholesterol: cholesterol plaque hardens and narrows arteries, forcing the heart to work harder to pump blood around the body.

Now 28, James lives in Denver Colorado, where he works in digital marketing. Three years ago, a death shocked him into changing his way of life. Now, he reflects on the complicated relationship between food, family, illness and culture.

What role did food play in your family?

Whether it was the birth of a baby, or a death, every single event was food oriented. Food was a comfort, whenever you were feeling down or upset the first thing you did was run to the food because that’s where the memories of happier times came from.

What are some of the foods you remember from your childhood?

Fried chicken, ham, cakes, chocolate cakes ,vanilla cakes, banana pudding, collard greens, macaroni and cheese, sweet potatoes and sweet potato pies. There was lard and oil in everything. My grgreat-grandmothersed to keep a can of Crisco on the oven, it went into everything she made. It was normal to make a vegetable and add pork to that vegetable. It wasn’t until I became an adult that I realised, oh, you shouldn’t put lard in a salad.

It wasn’t until I became an adult that I realised, oh, you shouldn’t put lard in a salad.

Was this way of eating reinforced in your community?

It’s a big part of the community of the south, these very traditional meals: things people have been eating for years. I remember when we went out to eat, most of the meals we had when we went out were exactly the same things we ate at home. So it becomes a community mindset, which influences the family mindset.

Did your family members connect the health problems to this way of eating?

Growing up, a lot of my family were heavyset, and had problems with high blood pressure. There was no acknowledgement it was damaging. I remember when some family members from out of state visited, who didn’t have some of the same physical and health issues. They’d mention, oh, that’s a lot of grease. Or, that’s a lot of dressing. I remember those moments throughout childhood but those were so few and far between that they didn’t register.

What triggered your change in lifestyle?

Two years ago, I got a phone call from my grandfather, telling me my great-grandmother had passed away, due to complications related to high blood pressure. One of the key things he said was about her cholesterol, that it wasn’t where it should be.

Three years before that, when I was in college, I went to a health fair at the university. One of the booths was specific to cholesterol. They took my blood pressure and then they said, you suffer from high cholesterol. I remember thinking, that’s not good, but it doesn’t sound serious, it’s not heart disease, I didn’t think it was something I needed to worry about.

I remember thinking, that’s not good, but it doesn’t sound serious, it’s not heart disease, I didn’t think it was something I needed to worry about.

So fast forward a few years, I hear a family member has passed away and it took me back to that moment where someone told me I was at risk and I had ignored it. I thought it was time to pay attention and do something about it. I realised that lifestyle dictates whether you’ll develop any type of disease as you get older.

What changes did you make to the way you lived?

I did some research on my own, then I started having regular health checks. As I was growing up visiting the doctor for a check up wasn’t a thing. You went to the doctor when something was broken, or not working correctly. And that’s a cultural thing, I believe African Americans don’t go to the doctor just to see how we’re doing. I think that’s built in economics and race relations.

My blood pressure was around 145/90. The doctor said because I started early—I was 25—it wasn’t too late to make changes. I joined a gym, and cut out a lot of meat and started eating more fruits and vegetables more often. I had my blood pressure checked a month or so ago and it was 130/85.

What do your family in Birmingham think of all these changes?

When I visit Birmingham they look at me as if I’m crazy because I ask for a salad. I’d say, how about instead of a barbecue this weekend, we put together a salad bar? The looks I’d get! I do eat the barbecue but I think about my portions. My family will say, “you need to eat all that food on your plate”. There isn’t much thought about portion control, just that there’s all this food, so let’s eat it all.

Do you try and talk to your family about their health problems?

Yes, and they do not want to hear it. It’s difficult because I want to help them, I want to make sure they’re here longer. I think change would have to come from a community standpoint, a bigger change as opposed from a micro-change because the way of eating is so ingrained in our family and culture, and the unhealthy disease part of things is normal. There’s even little nicknames for it, like “the gouts”, little terminologies that almost make it less of a concern.

There’s even little nicknames for [high blood pressure], like “the gouts”, little terminologies that almost make it less of a concern.

You’ve mentioned about the pressure within the LGBT community to look a certain way, and that the perception is that looking a certain way is more important than health. How have you challenged that in your new lifestyle?

After I came out as gay at 16, I realised that within the community there was a standard of beauty amongst gay men. I thought, these people look normal, but underneath they struggle with illness. As I started to grow into my adulthood it became evident that most of the guys who have all the dates look a certain way. I internalized a lot of those messages, and thought as long as I maintain how I look, that’s all that matters, it doesn’t matter what I feel like inside, it doesn’t matter what diseases I have as long as the outer appearance is okay.

Even going to the gym, it wasn’t so much going to get my heart rate up or making sure I actually sweat, it was so when I looked in the mirror I’d look attractive. A lot of that was systemically based in that community of gay men where how you look is more important than you feel and what’s on the inside.

What about now? Are you talking about this stuff?

I’m not so much forward with it but I won’t hide it. I would love to help others who also deal with [high blood pressure], even if it’s just to say, you don’t have to hide, most people won’t judge you for it most of the reason it happens is because it’s hereditary. It’s not something you did.

After all these changes you’ve made, are you still baking?

Yes, I use it as a therapeutic thing, it takes me back to that time when I was with my great-grandmother in the kitchen, and that whole idea of food being comfort. One of my regrets is not seeing my great grandmother before she died because once someone’s gone they’re gone. Thankfully her memory lives on through her baking and cooking. 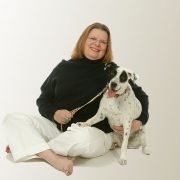 Paralyzed From Polio, A Cyclist Rides
Don’t miss one more amazing story.
Every week, we’ll send a few of our favorite stories to inspire you.
Send this to a friend
Scroll to top