The Young Invisibles Of Cancer

"In most people's minds, cancer isn't a college student," says Matthew Zachary of Stupid Cancer. "It's a bald kid, or a 65-year-old woman..."
brain cancerbrain tumorcancer 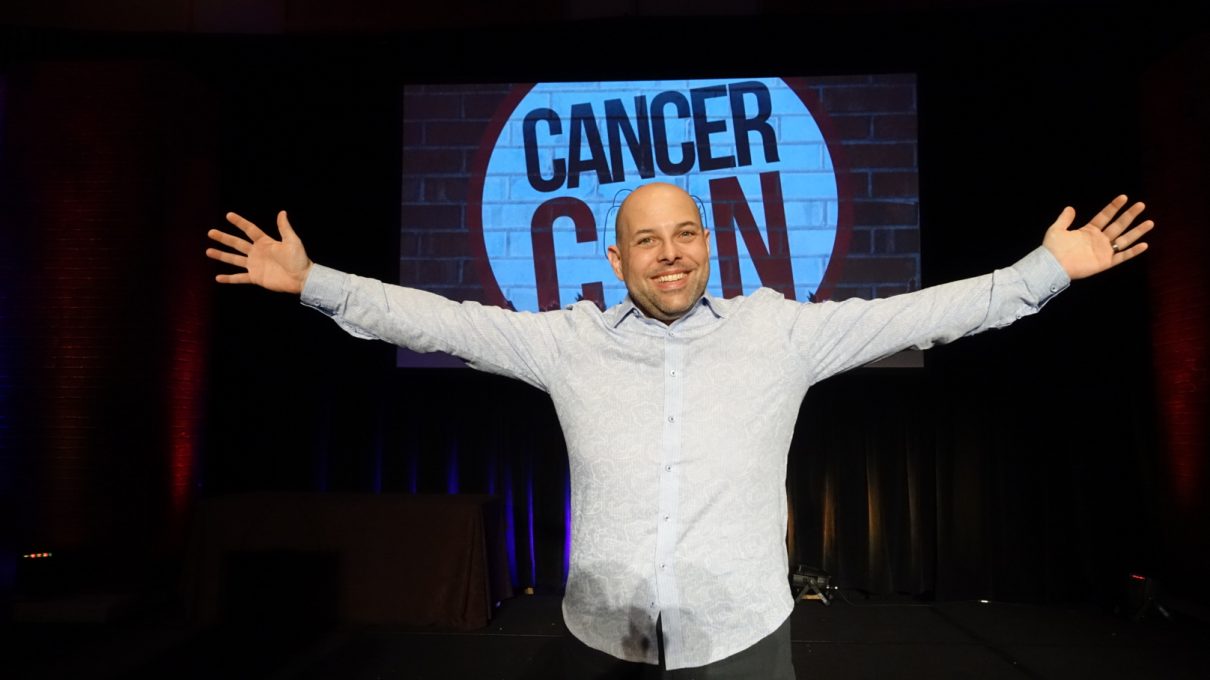 Ask any random twenty-something if they want to have kids someday, and you’ll get a host of answers. “Maybe.” “Definitely not.” “If I meet the right partner.” “Yes, absolutely!” “I don’t know.” Which is, if you think about it, the great thing about being in your twenties. You can answer whatever you want to the question, because you still have time. You can always change your mind.

Unless you get cancer. Then the decision might just be taken away from you.

The lack of awareness about fertility and cancer treatments is something that gets under the skin of Matthew Zachary, founder of Stupid Cancer, the country’s largest nonprofit dedicated to providing support, awareness, and advocacy for young adults with cancer. The father of two twin six-year olds whom, but for chance, he might never have been able to have, fertility is a particularly important subject.

“Fertility should be the cornerstone of young adult cancer,” Zachary tells me by phone, with the thick Brooklyn accent of a born-and-raised New Yorker. “Cancer sucks enough to deal with as a young person without it taking away our ability to be moms or dads one day. But most young adults diagnosed with cancer are never told their treatments can make them sterile.” 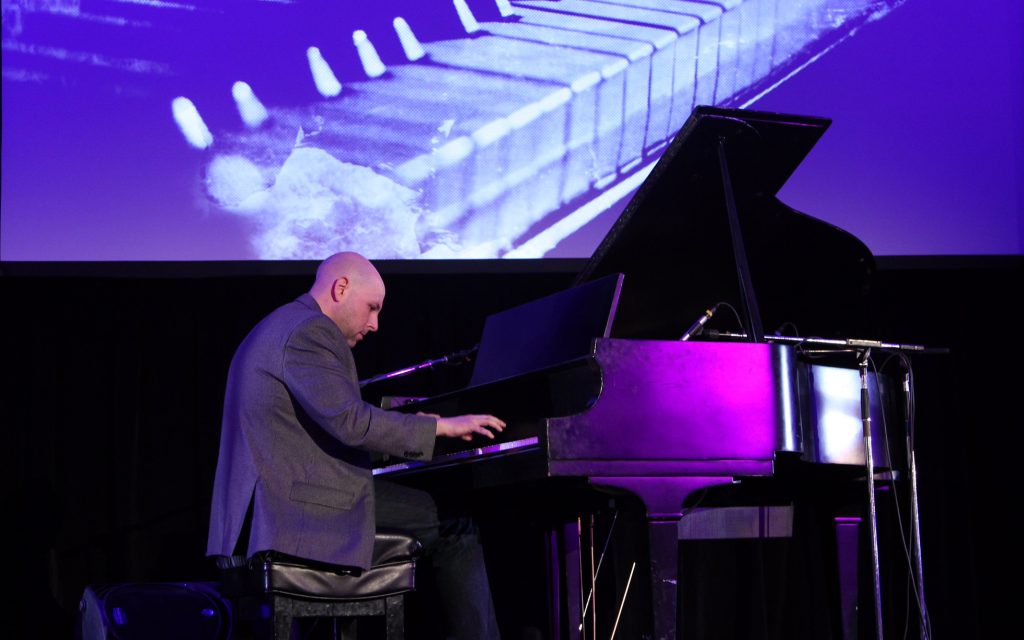 Outside of running Stupid Cancer, Matthew Zachary is a trained concert pianist who has released two albums.

Zachary knows what he’s talking about. In 1995, while studying film at the University of Southern California, Zachary’s grad school career was derailed by brain cancer, when he was just 21. And that wasn’t the only thing cancer derailed. A classically-trained concert pianist, one of Zachary’s earliest symptoms was the loss of mobility in his left hand, rendering him incapable of doing one of the things he loved most at a time when he was already sick. “It took a while for the doctors to find anything,” Zachary admits ,“but I can’t fault them. How many kids who are pianists exhibit early brain tumor symptoms?”

Eventually, Zachary was diagnosed, and began a regimen of surgeries and radiation, which eventually saw him go into remission and allowed him to play piano again. But during this period, Zachary learned first hand that young adults are one of the most invisible subgroups of cancer patients. “In most people’s minds, cancer isn’t a college student, or a teenager, or a thirty-something,” Zachary points out. “It’s a bald kid, or a 65-year-old woman running a relay for breast cancer.” The issue is that young adults in the prime of their life are somehow viewed as immortal, or at the very least, tougher and more capable of standing up to the hardships of cancer than other groups.

In most people’s minds, cancer isn’t a college student, or a teenager, or a thirty-something…

But Zachary cautions this isn’t necessarily so. First of all, there’s the logistics of dealing with cancer as a young adult. “Statistically, most young adults are underinsured, which can be in many ways worse than being uninsured when you’re dealing with cancer,” Zachary says. “If you’re underinsured, you’re stuck with your employer’s provider when you have cancer, and they can more easily deny you coverage. There are people who quit their jobs when they get cancer, just so they can go on Medicaid.” No wonder, then, that about two-thirds of all bankruptcies are medical, and about two-thirds of those are for people under 44.

Past the merely logistical issues with getting cancer at a young age, though, come the psychological. Because let’s face it. As young adults, the best of us are, as Zachary succinctly puts it, “hot messes” trying to figure out who we are, and how to make our way in the world. Now add the psychic baggage of cancer to the mix. “Take all the stuff that’s really hard to do in your twenties and then multiply it by thousands,” Zachary says. “Take dating. You’re dying, you’re bald, you’re sick all the time, and in my case, I was impotent. Who wants to date the cancer guy?”

Zachary’s been married for 13 years, so someone obviously did want to date the cancer guy. But the fears, the loneliness, and the invisibility he felt as a young man with brain cancer dealing with these issues are the ones which eventually led Zachary to found Stupid Cancer, in order to be able to provide resources and solidarity to more people going through what he did. What started as a grassroots club for young people with cancer has now, twenty years later, evolved into an international community. “You don’t have to be a young adult to support Stupid Cancer. You can be a boomer, a teenager, a middle-aged American, whatever. It’s a community for everyone, just viewed through this lens, which is eventually relatable to everyone, about what it’s like to be in your twenties and thirties.” 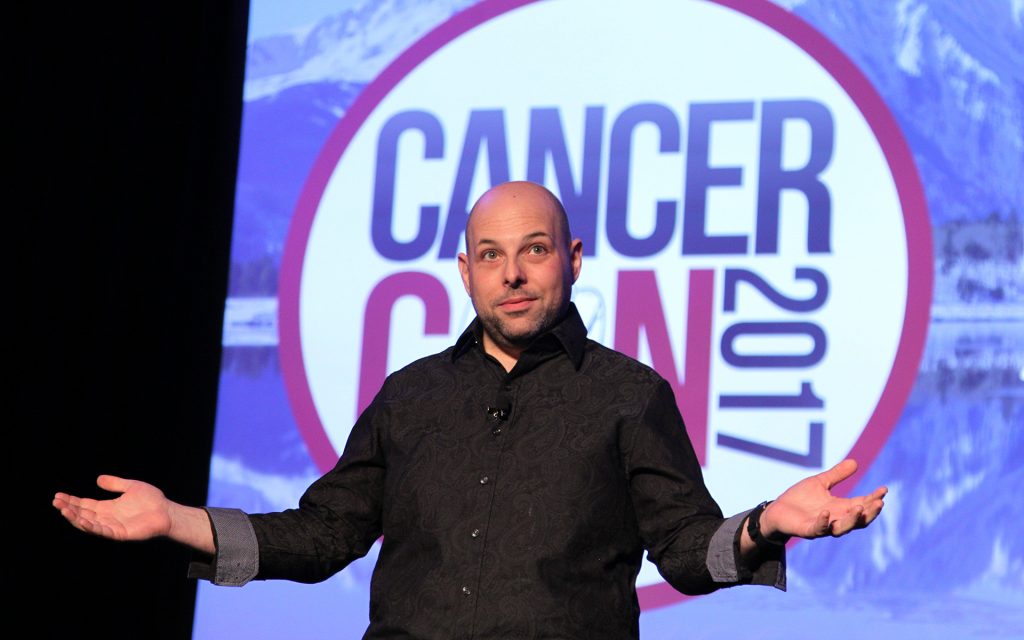 Ultimately, though, it all comes back to fertility. As his kids, home from school, rough-housed in the background, Zachary repeatedly told me on the phone that if there’s anything the cancer community needs to do better, it’s make sure that young cancer patients have a reproductive future.

“Most people diagnosed with cancer in their fertile years are simply not told their treatments can make them sterile, or impede their ability to become a mom or dad one day,” Zachary says bluntly. “There are women who have stage 4 cancer whose doctors never tell them about fertility preservation, who end up living, and never being able to have kids, because their doctors made that decision for them.”

That’s why Stupid Cancer advocates for legislation where caregivers will be legally responsible to ensure fertility preservation–including banking sperm, freezing eggs, and harvesting embryos–for cancer patients. After all, fertility preservation is the only reason Zachary has his two beautiful daughters today… but it also put an enormous financial hardship on his family.

“I was lucky enough to have a doctor who did make me aware of what could happen to my fertility, and bank my sperm,” he says. “But it cost me $5,000 up front and $2,500 a year until my wife and I decided to have kids. Then it cost us significantly more for in vitro fertilization. So here me and my wife are, staring down a home equity loan to be a Mom and Dad. I love my kids–they’re healthy and beautiful and we got lucky–but is it okay that we had to effectively buy our children because cancer took them away from me? That insurance doesn’t cover this is a burden on the economy.”

Among other things, Stupid Cancer exists to help try to ameliorate some of that hardship for other would-be moms or dads with cancer. To give them the right to change their mind about if they want to have kids down the road. And, of course, to make sure that they have the resources they need to survive. Because if you get cancer in your twenties? “It’s really going to suck,” Zachary says. “But we can help it suck less.”

You can find out more information about Stupid Cancer here.

Jennifer Furner
Do you know someone else who would enjoy this story?
You might also like...
How The Beatles Helped Me Survive Brain Cancer
Mark Schoneveld
Cycling Across Canada For Crohn’s

Playing Ball With Low Blood Sugar
Don’t miss one more amazing story.
Every week, we’ll send a few of our favorite stories to inspire you.
Send this to a friend
Scroll to top