Steering a loved one through illness can bring back to the surface childhood disillusionments long thought forgotten.
strokes 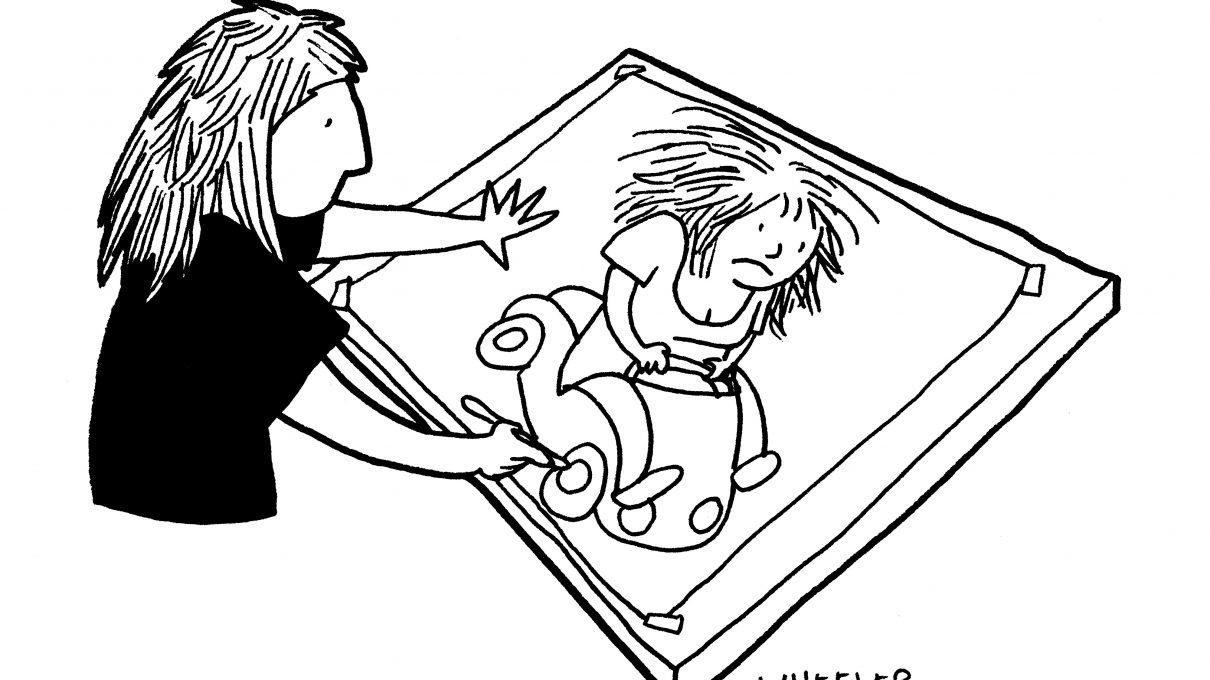 The summer I was three, my parents took me to Jones Beach to play in the sand and drive the kiddie cars around a small circular track.

I took driving very seriously, negotiating every twist and turn with elaborate care.  And my efforts did not go unnoticed.

“Look how well she drives!” cried my mother.

“She stays right on the track,” said my dad.

I was impressed by my own virtuosity.  In fact, I was so good that when we went back the next year, the kiddie car operator remembered me.

“There’s that little girl who never goes off the track!” he said.

Wow! I must be really good.  I tried not to let the exhilaration go to my head as I carefully turned the wheel, not once veering off the track.   And then, inexplicably (I must have suspected something) I took my hands off the wheel.  The car kept circling the track, maneuvering perfectly around the curves with no help from me.  I was crestfallen.  I was also pissed off.   The adults had given me the distinct impression that I possessed a rare talent for kiddie car driving.  And I had believed them!  Now, it turned out, I hadn’t been doing anything at all.  Nothing, nada; it was all an elaborate lie.

This experience left me with a lingering suspicion of adults.  What other fictions were they perpetrating?   I stopped leaving cookies out for Santa at Christmastime; the kiddie car outrage had turned me into an agnostic.  And the kiddie car syndrome – the illusion of control – was a thing of the past.

Or so I believed. 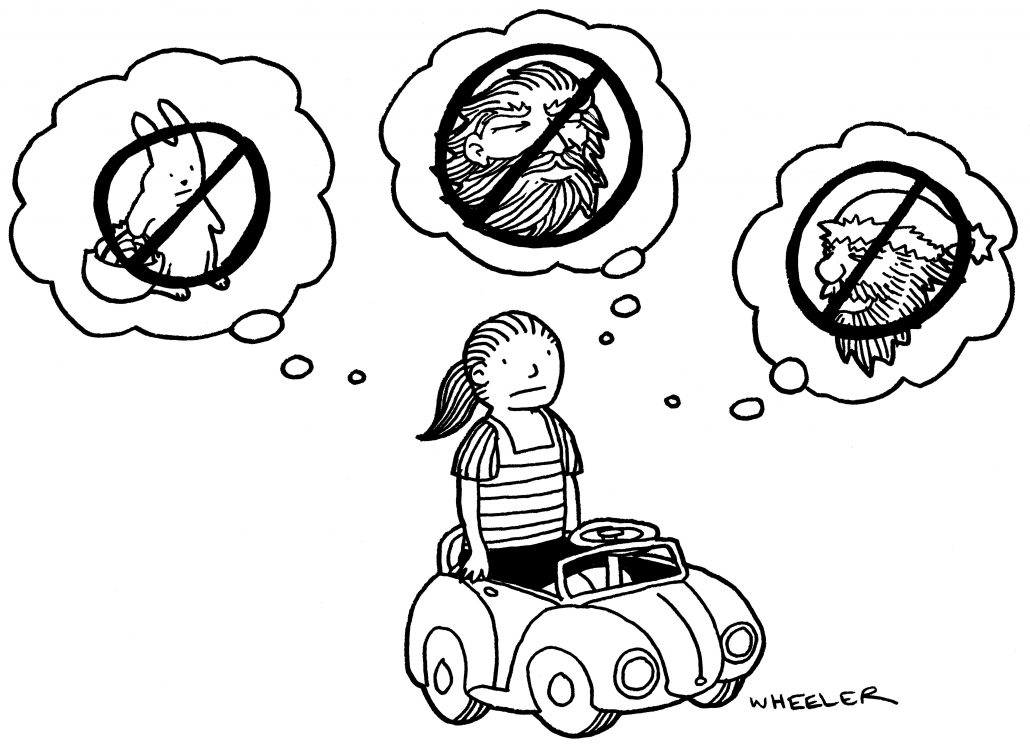 “I stopped leaving cookies out for Santa at Christmastime; the kiddie car outrage had turned me into an agnostic.”

For over ten years now I’ve been guiding my husband through various health crises including several strokes, two valve surgeries, and a series of life-threatening leg bleeds caused by his medication.  John, who was a college professor for fifty years before he retired, is more interested in the geneses of totalitarianism and the paradoxes in Gulliver’s Travels than the irregular beatings of his heart.  So I became his health advocate.

And I am a fierce advocate.  I foresee danger and circumvent it at every turn.  Once I ran into a hospital procedure room where John was about to have an angiogram.

“Don’t put the catheter up his left leg!” I cried.

John had been in the hospital for several days and I suspected, from something he’d said just before the procedure, that he’d had a bleed in his left leg during the night.

My dramatic announcement stopped the doctor cold, which was a good thing because I was right about the left leg.  John had sustained a bleed during the night, and putting a catheter up his newly-injured leg might well have resulted in a more serious bleed. Once again, with skill and foresight, I had narrowly averted disaster.

For the next five years, John’s health was relatively stable, which, in the language of medicine, is a beautiful word.  Then, two weeks ago, he had a seizure in the middle of the night.   I was completely unprepared for this and didn’t recognize it for what it was (a post-stroke seizure).   I fully believed I was witnessing my husband’s death.  After calling 911, I shouted to our twenty-year old daughter.  Together we managed to turn him over so he could breathe freely until the ambulance arrived. 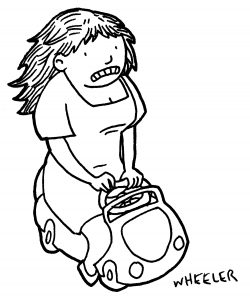 John is home again now, and doing well.  But his seizure reanimated the painful disillusionment on that long-ago day in Jones Beach.  During the past ten years, I believed (or talked myself into believing) that I was single-handedly responsible for my husband’s health and well-being, vigilantly steering him around sharp curves and avoiding dangerous cliffs with diet, exercise, and close monitoring.  Now, once again, I’m reminded that I may be in the driver’s seat, but I’m not steering the car – at least not one controlled by a kiddie car operator who keeps me on track.  The car I’m driving now (metaphorically) is more like a bumper car.  I still manage to circumvent some collisions, even some dangerous ones.  Those I don’t avoid I interrogate myself about endlessly.  What if I’d stayed to the outside track?  Could I have avoided that last bump?  What about the red car racing straight towards us?  Can I make a sharp turn and speed away?

In spite of my vigilance and John’s cooperation, there are bumps and jolts I have not been able to avoid.  Some have been more sharp than others.

People often say to me, “You’re doing so well with John!” or “I’m really impressed with how well you take care of John.”

To me, it doesn’t feel like I’m doing a spectacular job caring for John, because the outcome is not spectacular.  After all, inevitably, the ride will come to an end.  But for right now, I’m keeping hands securely on the wheel. 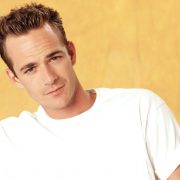 My Aunt, The Super Artist
Don’t miss one more amazing story.
Every week, we’ll send a few of our favorite stories to inspire you.
Send this to a friend
Scroll to top