Most people in the developing world have no access to mental healthcare. By training locals to do basic interventions, Dr. Vikram Patel is making a big difference.
depressionmental health 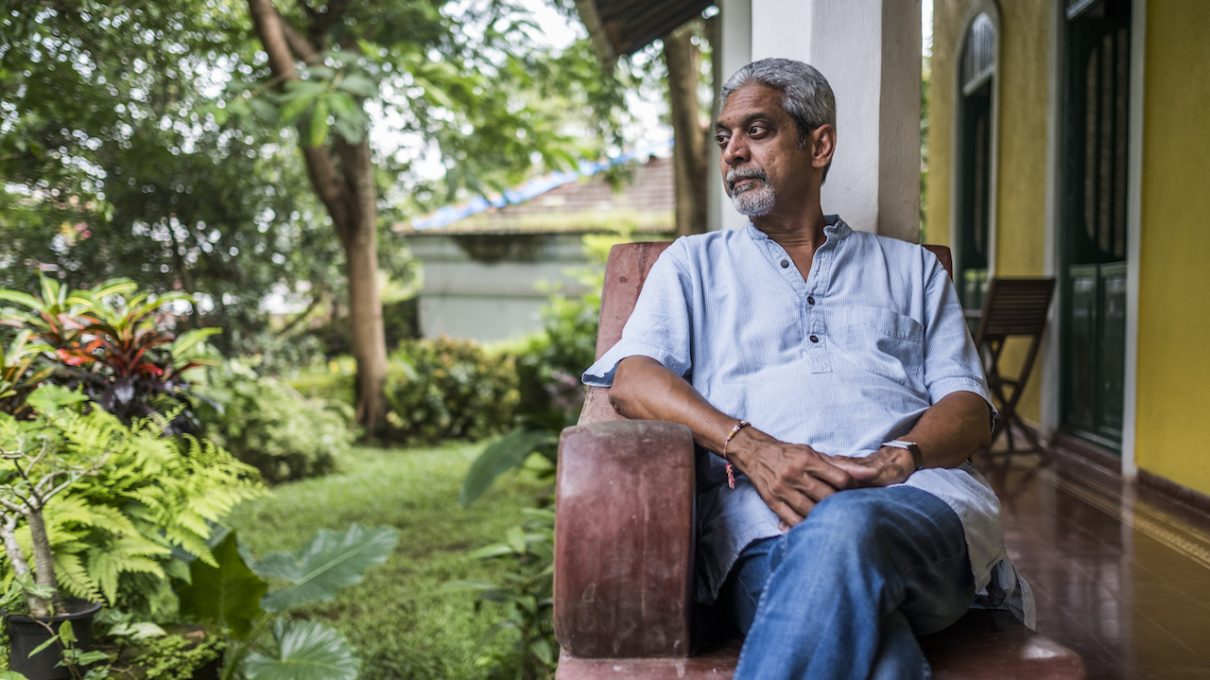 Mental illness, stresses Dr. Vikram Patel, an Indian psychiatrist, is by no means a phenomenon of the west. Rather, it is universal, existing across populations. When combining the most common negative mental conditions–depression, anxiety, substance abuse, schizophrenia, dementia and so on–about one and four people in the world have mental disorders, according to the World Health Organization. Yet the vast majority of people will never receive treatment. That “big scandal” is a problem that Patel, who is the Pershing Square Professor of Global Health at Harvard University, has committed his career to helping solve.

In his mission to universalize mental healthcare, Patel, who grew up in Mumbai, has focused on training local practitioners on the ground in the delivery of basic care. These “frontline workers,” while a far cry from advanced physicians, are trained in providing the basic kinds of mental healthcare which most of the world’s population would simply have no other way of receiving.  Much of what such workers do involves diagnosing conditions, such as depression or anxiety, and gauging if patients should seek more advanced care. Improving mental health literacy in communities is also a major effort. “In the same kind of way that you’d want people in a community to know how to recognize or treat a fever, you’d want people to be able to acknowledge when they have symptoms of depression or anxiety,” he says.

Physical health crises such as polio and tuberculosis have been treated successfully using frontline workers. Why not mental health ones?

Patel’s motivation for the project is simple: physical health crises such as polio and tuberculosis have been treated successfully using frontline workers. Why not mental health ones? Patel, though his Goa-based organization Sangath, has deployed the model mostly in India. But he has also worked on mental healthcare projects in several other countries, including the United States, where large proportions of people with mental illness are homeless or imprisoned. While the developed world may be ahead of the third in terms of resources poured into mental healthcare, says Patel, much of it still has a long way to go in reaching an ideal system of care. Even in the richest countries, he says, anywhere from thirty to seventy percent of people with mental health problems do not receive quality care. In more ways than one, Patel has his plates full. We reached out to hear more.

What is global mental health?

How did you get into psychiatry?

I was first interested in brain disorders. But I felt a little disillusioned by neurologists who were primarily concerned with making a diagnosis. Very often there seemed to be nothing more you could do. I noticed in psychiatry that even though it seemed a much fuzzier discipline and very low on the reputation index it was an area where someone could ask questions about the person as a whole rather than just take an interest in the biomedical diagnosis. That attracted me. But it was a very unpopular decision. Every one of my mentors and family members thought it was a very poor choice. I could choose any specialty I’d wanted since I had done very well in my medical exams.

I felt a little disillusioned by neurologists who were primarily concerned with making a diagnosis. Very often there seemed to be nothing more you could do.

What was the state of mental healthcare in India around this time?

It was pretty much the dud subject of medicine in every respect. Probably ninety-five percent of India had no access to psychiatry. I would say zero percent had access to community-based services. But there’s been a sea change in attitudes towards mental health in India since I started. Part of the reasons are a concerted effort from mental health activists who have been arguing that maltreatment of mental health patients constitutes human rights abuse. People with mental health issues have demanded their sickness be treated on par with people with physical illness. Celebrities and other prominent figures who have disclosed their own experience with mental health problems has also made a difference. And in the last decade the demonstration that you could deliver mental healthcare quite effectively even in places without mental health professionals has made people feel that this isn’t just an academic issue.

What are some common mental health myths you encounter across countries?

The big one is that mental illness is not very common in the population. Many consider mental illness the medicalization of social suffering. Depression, for instance, many think is not a medical problem but a state of misery based on circumstances. A second myth is that these conditions are untreatable, except with very expensive long-term therapies. The reality is completely different. The third myth is that we really don’t have any idea about why people get mental illness, that there isn’t a scientific foundation for this field. Some countries, such as in many parts of Africa and Latin America, believe that mental illness is caused by spiritual factors. But I think that is much less common than it used to be. There is a greater acceptance of a more scientific explanation.

Can you talk a bit about your project training mental healthcare workers on the ground?

India, like many other developing countries, has been innovating with the use of community-based health workers of various types. We simply started applying the same model to mental healthcare. The real innovation was to challenge the idea that mental healthcare always required very elaborate expensive long-term care from highly trained professionals.

Even if you have loads of doctors like you do in the U.S. it doesn’t necessarily mean that people are getting the kind of coverage they need.

It is a way not only of addressing the shortages of medical human resources but also as a way to improve coverage. Even if you have loads of doctors like you do in the U.S. it doesn’t necessarily mean that people are getting the kind of coverage they need. Just having more doctors in hospitals doesn’t guarantee coverage of care.

What are some of the major challenges in implementing this model?

Pushback is still coming from the psychiatric profession. Like any healthcare profession, mental healthcare professionals are quite territorial. They’re concerned about people with much less training giving mental healthcare. These fears are misplaced. We are not training psychiatrists but training people to do very specific interventions. As society becomes more professionalized, as the U.S. is, the greatest pushback is coming from the insurance industry and the professional community. Meanwhile, governments, donors, and development agencies are very excited by this stuff. They all realized that mental health problems are a very big cause of ill health but they were always reluctant to touch this area because of their fear it would open a Pandora’s box in terms of cost and intractability.

Are there other global healthcare interventions that have inspired your work?

My inspiration has come from within India, from the work of people such as Abhay Bang, who developed the home-based intervention for the management of newborn sepsis and pneumonia. This was pioneering stuff. Thirty years ago they were able to demonstrate that community-based workers could be trained to treat newborn sepsis and pneumonia. It led to dramatic reductions in newborn mortality. In that time there was enormous pushback from the government as well as the pediatric community at this idea. Now it is national policy. A million frontline workers have been trained to deliver this care across India. It’s become a globally accepted model.

What are you working on now?

My agenda now is scaling up, working with governments and also large organizations to scale up these psychological therapies. I’m no longer simply interested in trials but in implementation questions. Again and again we’ve shown this works.

On The Mountain
Don’t miss one more amazing story.
Every week, we’ll send a few of our favorite stories to inspire you.
Send this to a friend
Scroll to top