Despite her severely impaired vision, Christine Ha's obsession with food has taken her to the highest culinary heights.
blindnessneuromyelitis opticavision impairment 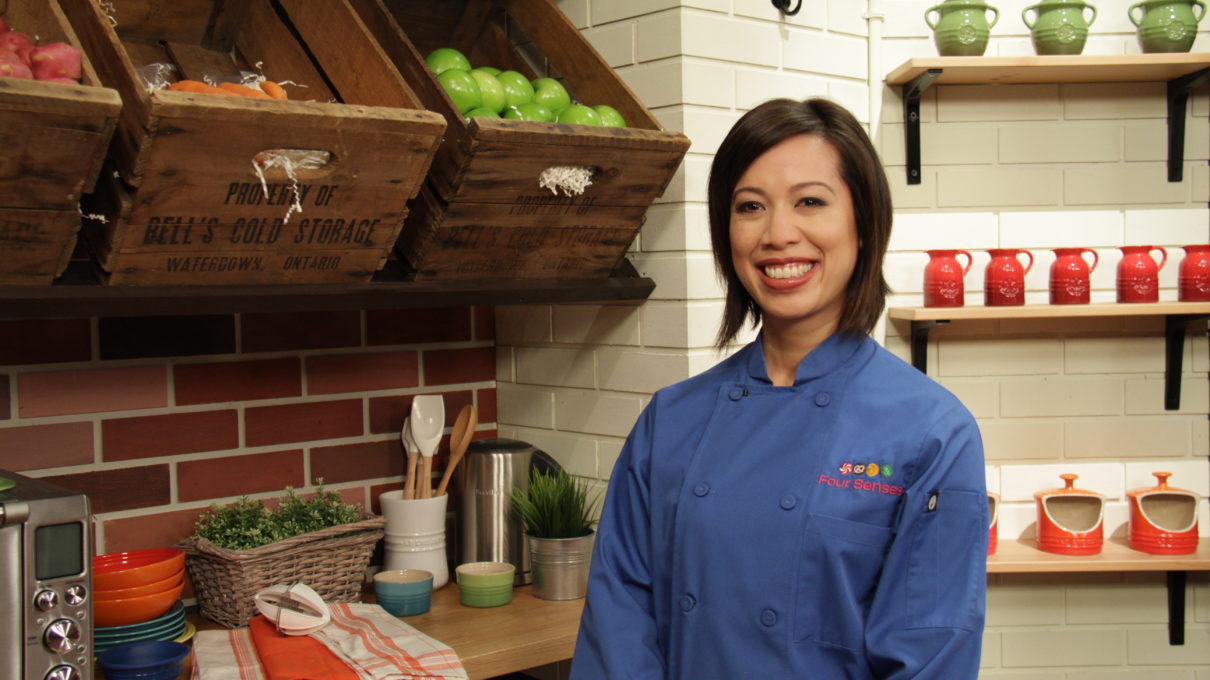 Legally blind chef Christine Ha beat out over 30,000 cooks to make it onto and win season three of the hit cooking show, MasterChef. Now a culinary sensation, Ha has put out a New York Times bestselling cookbook—Recipes From My Home Kitchen: Asian and American Comfort Food—with a foreword by celebrity chef Gordon Ramsey. She also previously created a cooking show for the vision impaired.

Most recently, Ha opened her own restaurant in her hometown of Houston, Texas, The Blind Goat. Inside Bravery Chef Hall in downtown, the restaurant meshes Ha’s Vietnamese heritage with her Texas upbringing. Offerings include Texas BBQ Brisket Spring Rolls and Rubbish Apple Pie made with star anise, lemongrass, and a fish sauce caramel. Ha is now working on her memoir and second cookbook.

Three months after her restaurant opening, Folks talks to Ha, 40, about how being legally blind has impacted her cooking and her appreciation of food, what it was like to compete on MasterChef without her vision, and what it’s like living with neuromyelitis optica (NMO) a rare autoimmune disease that involves inflammation of the optic nerves.

What was it like when you first started losing vision?

I was a junior in college. It was summertime and I was doing an internship at a financial institution. My vision went blurry in one eye. I assumed it was my contact lens, so I cleaned it, but my vision was still blurry. I threw that one out and put in a new one. Still blurry. So I made an appointment with an optometrist. They couldn’t find anything wrong, so they referred me to a neuro ophthalmologist. I had blood tests and an MRI. They said my optic nerve was inflamed—it was optic neuritis—and thought it could be MS. But not all tests were pointing to MS. I wasn’t properly diagnosed for four years.

You started teaching yourself to cook just before your first bout of optic neuritis. How did your cooking and your health evolve from there?

In college I missed my mom’s cooking a lot. I bought a cookbook and a cheap set of pots and pans and it was trial and error in the kitchen. I started with Asian food because I’m most familiar with it—my parents grew up in Vietnam. I kept having bouts of inflammation and I didn’t recover well. My vision deteriorated and I had trouble with depth perception. I had to keep re-teaching myself how to cook.

You finally got the right diagnosis in 2004, and you had some serious flare ups. What were those like?

The condition also attacks the spinal cord, and in my twenties I had two to three attacks a year. I was paralyzed from the neck down for a time. I felt sad and very lonely because no one my age around me knew what I was going through or had gone through anything like it. Lying in bed, reading helped me escape reality. Three years later, my vision had deteriorated to where I am now. I’m legally blind.

I felt sad and very lonely because no one my age around me knew what I was going through or had gone through anything like it.

How was it to compete on “MasterChef” when you couldn’t see?

My husband encouraged me to audition. The producers were very accommodating. They asked me what my kitchen set up was like at home and I told them about my talking thermometer and talking digital scale. They taped off my station so I could feel texture on the stove knob and the counter. They also gave me an aid who was my eyes and legs. The rules were strict though. They didn’t want it to be an advantage for me, but they wanted to level the playing feed. My aid couldn’t taste my food, but I could ask her what color the meat was as it cooked—red, dark red. She could only answer those kind of objective questions. If needed something from the pantry, I could ask her to get it for me, but I had to step back from my station like I was also in the pantry.

How has losing your vision impacted your cooking?

It’s forced me to think about food in a slightly different way as a consumer. I really think about what is a good user experience as a diner. I don’t like things that are too messy or difficult to eat. I think about all of the nuances of how food tastes—the temperature involved, the textures involved. I think about that more because I’ve lost my vision.

What are some of your biggest challenges in the kitchen?

Baking is tricky because it’s a very exact science. If you can’t see in the oven, you don’t know if what you’re baking is browning or turning golden. When I measure liquids, I use a measuring cup with markers. So I can touch it to tell how full it is. But that’s hard with hot liquids.

My aid couldn’t taste my food, but I could ask her what color the meat was as it cooked—red, dark red. She could only answer those kind of objective questions.

What’s it like to run a restaurant with limited vision?

I grew up very independent and I value independence. It’s an ongoing struggle learning to be dependent on other people, to drive me places or read my mail. Depending on other people to run my business the way I want it to be run is very hard, but it’s a valuable lesson in giving up control. It’s taught me to let go more, to trust other people and try to equip them with the skills needed to be successful. It’s been good for me.

How’s your health these days?

The prognosis for NMO is pretty bad. It tends to progress quickly and you don’t really bounce back. But fortunately, I’ve been stable with it. I take it day by day. If another bout happens, I’ll deal with it. I try not to think about it or live in fear. I’ve survived bouts before, so if one happens again I’ll figure it out.

Ask Ada: How Can I Ask For Help When I Don’t Know What I Need?
Don’t miss one more amazing story.
Every week, we’ll send a few of our favorite stories to inspire you.
Send this to a friend
Scroll to top