In medicine, plain language saves lives, which is why Jennifer Pearce dedicated her career to helping patients understand doctors, and the other way around.
lupus 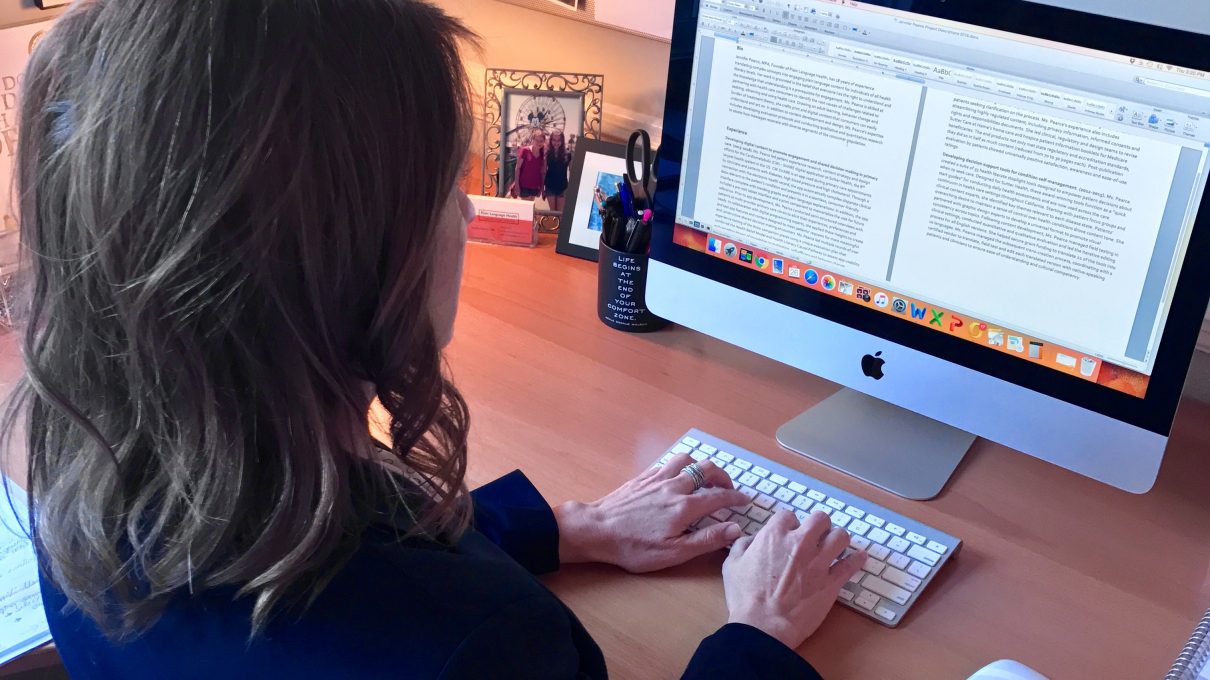 Jennifer Pearce, the founder of Plain Language Health, was standing in her driveway on a December morning in 2006 when she came face to face with the woman who would change the course of her career.

“One day I picked up the paper from my driveway, and on the front page was an article about a young woman with lupus named Nikki White,” Pearce says. “Here she was, not much younger than I, and [the article] recounted how — through a series of mishaps, miscommunications, misunderstandings, and administrative snafus — she lost her battle with systemic lupus and lost her life at 32.” 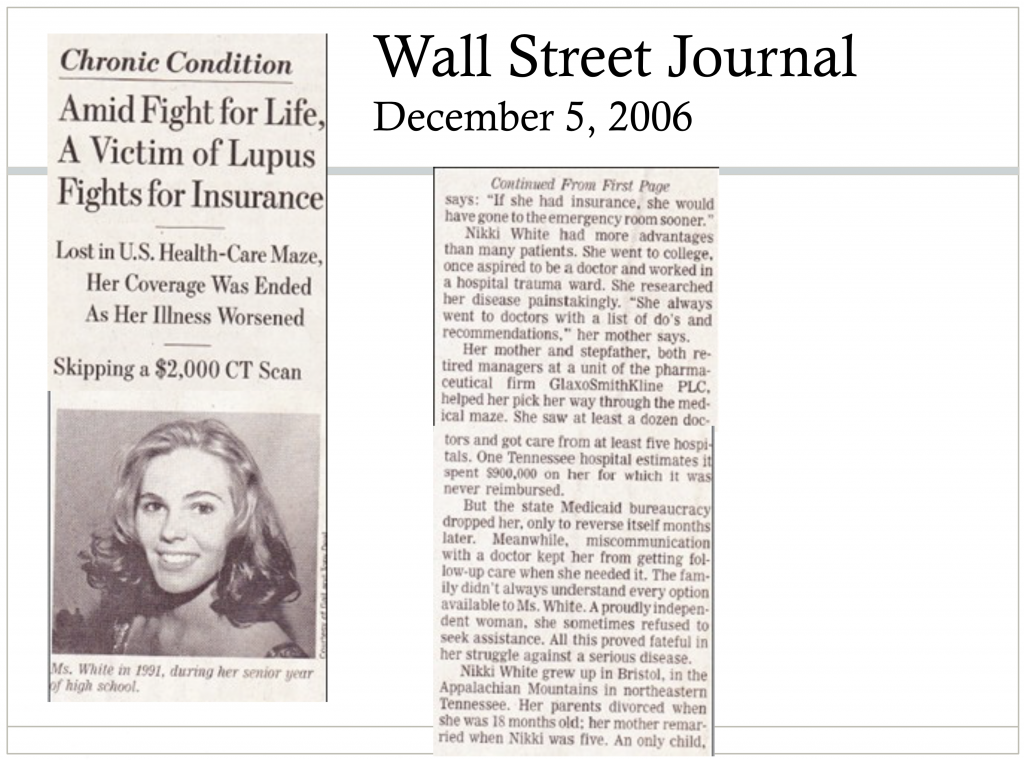 Pearce herself was already 15 years into her own lupus journey — an experience so fraught with confusions that it had led her to change careers to patient engagement advocacy. But White’s story in particular motivated Pearce to double down on her efforts. In White’s tragedy Pearce recognized the fate that could all too easily have been her own.

“That’s the day I decided. I already knew how to speak Patient; I needed to learn how to speak Health System. I decided then that I would earn a Master’s degree in Health Care Administration so I could set about effecting change from the inside.”

Jennifer Pearce was just one day shy of her 20th birthday when she first found out she had lupus.

The California native had begun experiencing odd symptoms during the summer between her sophomore and junior years of college, starting with a bad cough, extreme fatigue, and an aching feeling in her lungs. 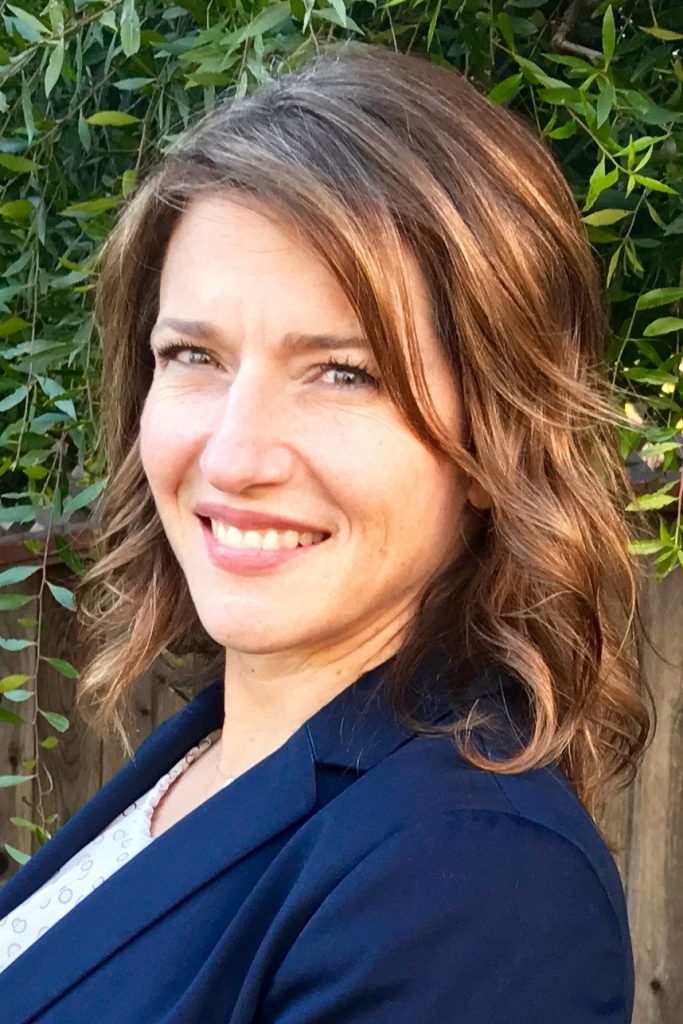 First, Pearce was diagnosed with whooping cough. (It wasn’t.) Then blood work suggested she had syphilis. (She didn’t.) More appointments and tests determined the whooping cough was actually a type of lung inflammation called pleurisy, while the false positive for syphilis turned out to be Antiphospholipid Antibody Syndrome (APS), an autoimmune condition that causes blood clots. APS is seen in about half of all lupus patients.

Eventually a physician put the conditions and clues together. “It took about three months, quite a few tests, and quite a few diagnoses to figure out that I indeed had systemic lupus,” Pearce she says.

Systemic lupus erythematosus, or simply lupus, is a chronic autoimmune disease in which the body’s immune system attacks its own tissue and organs. The inflammation that results can manifest in symptoms as varied as facial rash, joint pain, cough, photosensitivity, unexplainable fatigue, confusion, and memory loss.

Pearce’s condition, which she has now managed for more than 20 years, would ultimately prove relatively mild. But rather than the experience of lupus itself, it’s the experience of being a lupus patient that has made the greatest impact on shaping Pearce’s career.

From the start of her diagnostic journey, Pearce says, “I was interacting with the health system by myself, and I was very passive because that’s how I’d been raised. You don’t challenge the doctor; you listen and nod your head and say thank you. And boy, did that lead to an unpleasant few months.”

“I would leave these appointments not fully understanding what had just transpired,” she says. “I knew I was seeing some of the best specialists in the field. Yet despite having a college degree from a good university and being relatively articulate, I left feeling like an idiot. I just couldn’t understand. And I thought, What am I doing wrong here?”

“My big transformation,” she says, “was realizing this wasn’t my fault.”

“My big transformation,” she says, “was realizing this wasn’t my fault.”

Pearce had been working as a marketing writer in a PR firm in San Francisco when her doctor suggested she enroll in a research project at the University of California, San Francisco, aimed at identifying the genes associated with autoimmune diseases, including lupus.

While having blood drawn for the study, Pearce flipped through the program’s enrollment materials. “Being a marketing person, I thought they were . . . Let’s just say they could be improved.” 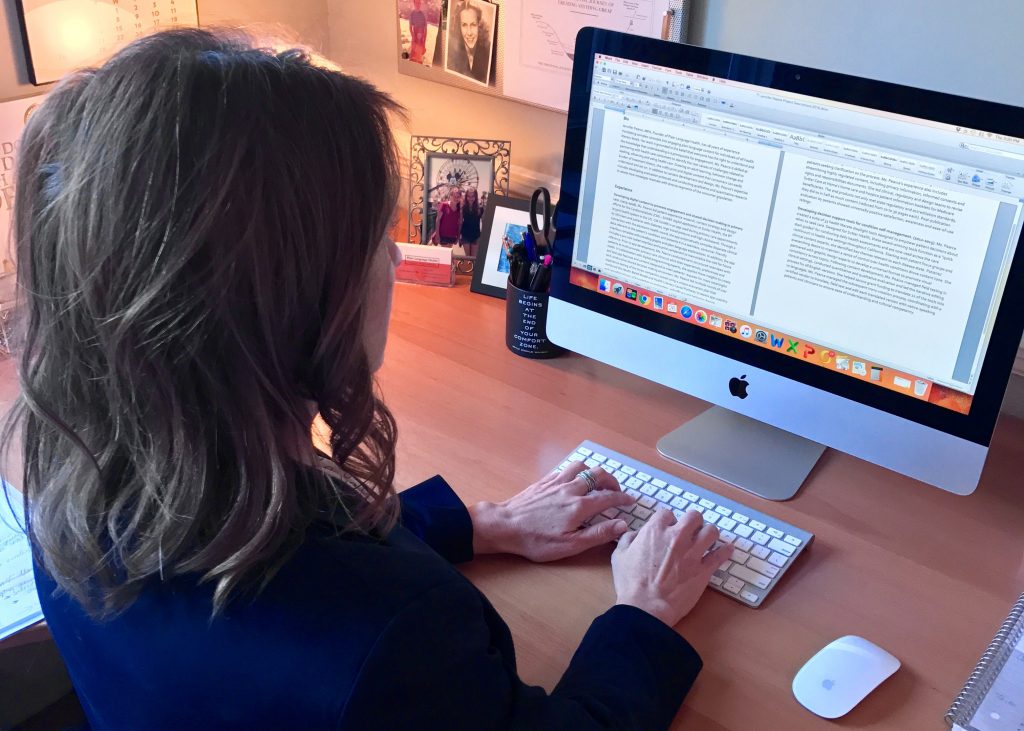 She volunteered to re-write the materials for free. “It was 100% selfish, because I wanted them to enroll enough patients to understand this disease better so they could cure it,” Pearce says. But the project ended up benefitting her professionally as well. “It gave me the first taste of what it felt like to write about something I cared about,” she says.

The study’s investigators were so pleased with Pearce’s work they offered her a job. Although it meant taking “a huge pay cut,” she says with a laugh, the position represented a convergence of her personal and professional lives, allowing her to use both the skills gleaned as a writer and the experiences gleaned as a patient for a common purpose: to translate healthcare information into plain language that everyday people can understand.

This need for plain language was perhaps most evident in that research study’s informed consent form.

To enroll a patient in a research study, researchers must make clear in writing the study’s purpose, procedures, risks, and potential benefits. They must also lay out practical and legal information, such as the patient’s rights, how their personal and medical information may be used, how long the project will last, and what is expected of the patient’s time and efforts. Together, this set of information forms the basis of the patient’s informed consent.

But Pearce says giving her consent to that genetics research study was anything but informed. Rather, the consent form consisted of pages and pages of legal and medical gobbledygook, the ramifications of which she had no hope of fully comprehending.

The problem lies with too many cooks and not enough empathy.

“With these types of forms, it’s very important that people understand what’s happening,” she says. “But they’re not written to promote understanding.”

The problem, according to Pearce, lies with too many cooks and not enough empathy. Many consent forms, she says, tend to be crafted like contracts rather than informational documents. Legal and regulatory wording sneaks in, as does the highly specialized language of the medical and scientific experts leading the research. What results is a hodgepodge of insider jargon, written at a reading level far beyond that of most adults.

In the process, patient understanding gets sacrificed or ignored. “Not out of malice,” she stresses, “but because it’s an afterthought. The irony is, it’s the most important part of the process.”

Pearce felt the genetic research study too important not to participate in, so she signed the mysterious consent form and hoped for the best. She then dedicated her next eight years at UCSF to translating study information into language patients could actually understand and engage with, in part so others like her wouldn’t have to choose between making empowered decisions and contributing to the greater good.

“Life begins at the end of your comfort zone.”

Getting organizations to acknowledge and address these systemic fractures, however, Pearce says, can be akin to pushing a boulder uphill — a boulder that feels extra weighty on the days her own condition flares up.

Pearce has learned to manage her condition, which manifests for her primarily as joint pain and occasional fatigue, by listening to her body — though she admits that, even after 20 years, sometimes her enthusiasm for life can outweigh her listening skills. The invisible nature of lupus also creates a challenge.

“One of the hardest things is that you can look perfectly healthy on the outside but feel poorly on the inside,” she says. “Joint pain and fatigue aren’t visible.”

But knowing how much worse her condition could be, however, keeps Pearce devoted to the task at hand. “I struggle with it certainly. [But] I feel a responsibility to those who have to spend all of their time managing the condition,” she says.

This past December, Pearce struck out on her own to promote health literacy and patient engagement as a full-time independent consultant. She now works with organizations on the provider, payer, and patient sides of the healthcare transaction — a new angle she hopes will make her efforts even more effective.

“Health is a bottom-line business, period,” she says. “You can only take things so far within those parameters.” In contrast, she hopes the knowledge she’s accrued over her 18 years on the inside will now contribute to helping health systems, communities, patient groups, and policymakers simultaneously from the outside. 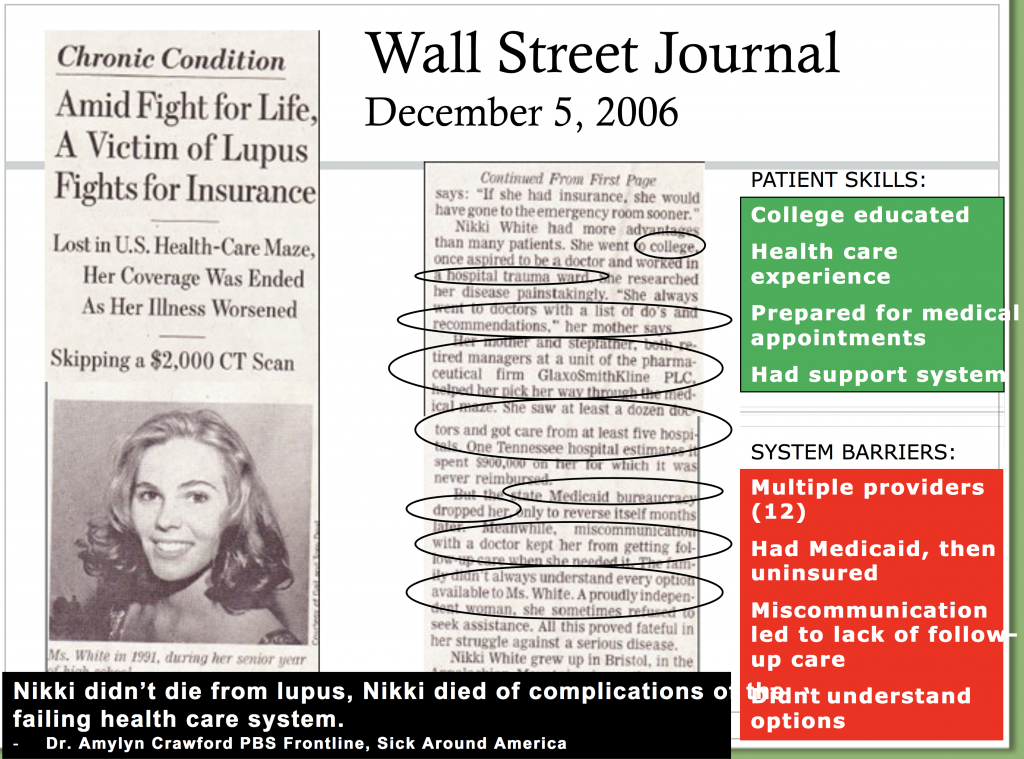 Pearce’s annotations explain how the system failed Nikki White, an otherwise well-educated, engaged woman who should have been able to navigate it.

But if the deck is already stacked against patients, what can they do to protect themselves? To start, Pearce says, they must accept that healthcare is a game full of wild cards they can’t control.

“If you walk into a healthcare situation where you’re afraid, you’re stressed, you’re ill, or the medication you’re taking has affected your cognitive functioning, your ability to perform tasks and your prose literacy, document literacy, quantitative literacy — that all diminishes,” she explains. “That is why, when you’ve just been told bad news, someone might be talking to you for another 15 minutes, but you don’t hear any of it. It has nothing to do with how intelligent we are, how much school we’ve had. It’s that we’re human beings. This isn’t a case of deficiency on the part of the patients. This is a case of context.”

Unfortunately that context is not built to accommodate patients’ fears, anxieties, and confusions. With many doctors rushed to fit in as many patients as possible to keep the lights on and staff paid, patients are often not afforded sufficient time to absorb and process new, often distressing information, and formulate and articulate appropriate questions. By the time patients are able, it may be weeks before they see their doctor again — at which point, they may be bombarded with new information. The rhythm of the health system, Pearce says, is out of sync with the rhythm of being a human being.

The rhythm of the health system, Pearce says, is out of sync with the rhythm of being a human being.

That’s not to say patients should succumb to feeling powerless and fold, however. Rather, they must recognize these healthcare realities and learn how best to play the hand they’re dealt in order to get the system to work for, rather than against, them. They must be ready to push back.

That means asking questions until they understand the answers, snapping photos of unclear signage, and calling out forms and instructions they don’t understand. It also means being prepared to squeeze the most out of their scant 10-20 minutes of doctor-patient face time.

Pearce also insists patients start prioritizing their own bottom lines. They must let go of the conservative, deferential approach to medical care and start treating their clinical encounters like any other transaction.

“Would we ever leave the Verizon store without our questions answered about our new phone?” she asks by way of comparison. “No, we’re going to stand there and insist, because we need this phone to work.”

Just like with the phone company, she says, it’s up to the patient to get their medical money’s worth — or throw down their cards and take their business elsewhere. On this point, Pearce pulls no punches. “If you can’t get your needs met with that provider — because that provider is always late, always rushed, doesn’t like to listen, is impatient — switch doctors. You are in control of this. If that appointment isn’t setting you up to succeed, then it’s not worth your dollars or your time.” 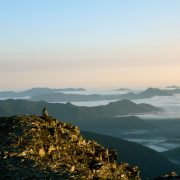 The Dog Walker Who Beat HIV
Don’t miss one more amazing story.
Every week, we’ll send a few of our favorite stories to inspire you.
Send this to a friend
Scroll to top