Be kind to the quiet kids on Halloween. My son might not say thank you when you give him candy, but his silence isn't rudeness.
selective mutismspeech impediments 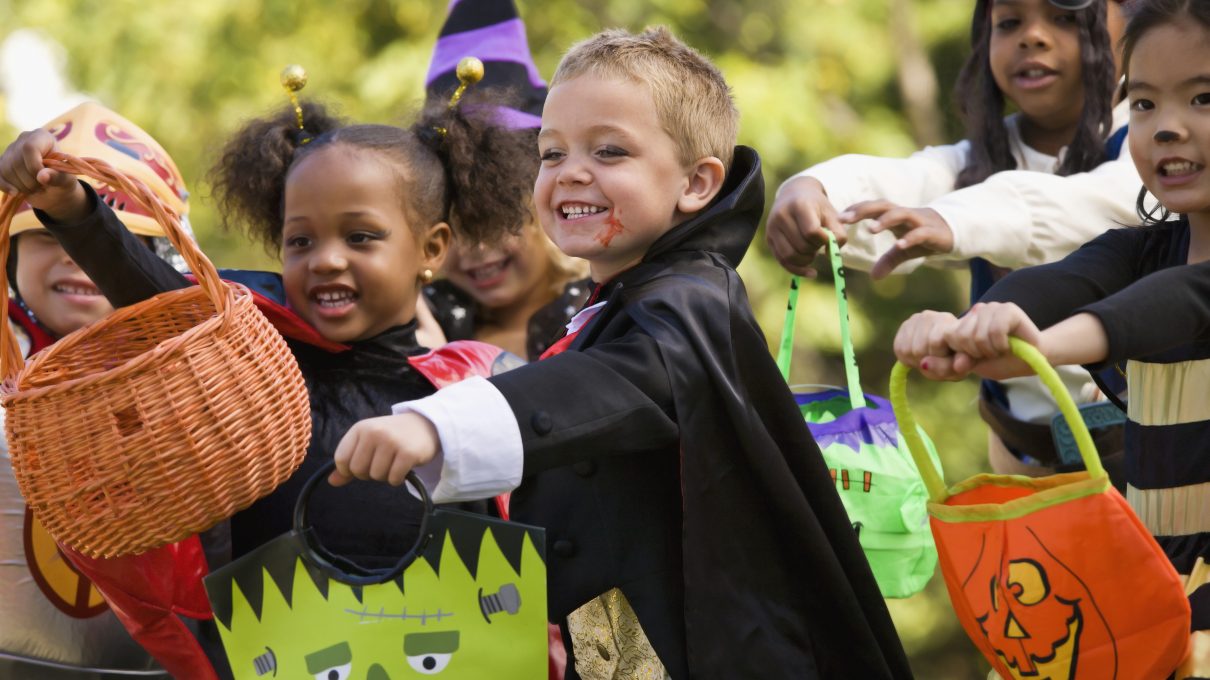 As my little six-year-old vampire approaches a stranger’s door, my heart shrinks with worry. How will it go?  I know he can’t yell “trick-or-treat” like he’s expected to, or even whisper it. Will people give candies to a silent little monster with an orange bucket?

The British old lady who opens the door exclaims “Ooh! Another one! You’re SO scary!” and spends some time trying to elicit the traditional “trick-or-treat” from him. She’s unsuccessful: he stands there silently, his arms stubbornly outstretched. She drops some candy into his bucket, but mistakes his silence for sullen entitlement, so she tried to educate him about manners. “What do you say?” she asks.

Again, no response. This time, I slowly count till five in my head. As my child turns away from the door, I cheerfully exclaim: “Thank you!”

Despite the perceived rudeness, I consider this encounter a success. I’m proud of my little vampire’s silent persistence. The truth is, it’s a huge achievement to just get him to this door. For several years my son has suffered from Selective Mutism (SM), a childhood anxiety disorder that makes children who are perfectly capable of speaking mute in certain situations. And the situations where kids are specifically expected to speak–such as trick-or-treating–can be the most anxiety-provoking for such kids, often causing meltdowns.

At his worst, when he was around four, my son wasn’t speaking to anyone but his dad and me. This year, though, things have improved. At a new school, he has made friends, and is generally treated like an average kid. But even so, whether he’s laughing with his school chums or crying over a skinned knee in the playground, my son never emits a single sound.

Selective mutism looks a lot and is often confused with simple shyness, but it’s anything but.

Selective mutism looks a lot and is often confused with simple shyness, but it’s anything but. Eventually, a shy kid either crawls out of his shell, or comes to peace with staying within it. A selectively mute kid, on the other hand, is desperate to crawl out and participate but is unable to do so due to extreme anxiety that makes them freeze like a deer in the headlights.

These kids are often mistakenly labeled as stubborn or defiant or rude, especially if their body language is not that of a shy person, but these labels couldn’t be further from the truth. Unlike simple shyness, SM doesn’t go away on its own. Left untreated with speech and cognitive behavioral therapy, it can carry on into adulthood and severely impact the person’s quality of life.

For a selectively mute child, social situations tend to be fraught with anxiety… and unfortunately, that’s true for us parents, too. For his dad and me, the special challenge is that my son, despite his SM, happens to be a social time. He’s not content to stay on the sidelines of a major kid’s day like Halloween. He wants to participate, but when he does, his social encounters often frustrate him, and these misunderstandings can lead from anything to hurt feelings when people misunderstand him, to, at worst, total meltdowns.

So how have we coped with Halloween, the most social of holidays? At first we avoided it. Both me and my husbands are introverts, and being immigrants, it’s not a tradition we grew up with. But when he was four or five, all the excitement surrounding the holiday–the candy, the costumes, the clouds of spooky kids floating down the neighborhood street, laughing–made it impossible for us to avoid Halloween any longer.

Since then, we have navigated All Hallow’s Eve with varying degrees of success.

One year we made sure to go with a crowd of kids so that his silence would be less noticeable. But it was not always possible, and sometimes he was caught alone in front of a stranger’s door. In some cases, people requested he speak, cueing him to say things like “Trick of treat!” They meant well, but even in a joking way, this sort of call out can be very anxiety-inducing for a kid with SM, and sometimes lead to meltdowns that require an early end to the night… which, of course, just makes him feel worse.

Our best Halloween year, we lived in Toronto, and my son dressed up as a Toronto city bus. Instead of knocking on people’s doors, we went on a ride on the TTC, Toronto’s public transit network .People admired how much he looked like a real bus, and gave him candy unsolicited. Liberated from the door-to-door expectations of trick-or-treating, my son had a blast. Unlike approaching a stranger’s door and begging for candy, silence is somehow more acceptable when a stranger comes up to you. After all, they were the ones who initiated the interaction.

Unlike approaching a stranger’s door and begging for candy, silence is somehow more acceptable when a stranger comes up to you.

This year, my son is eight. Thanks to a lot of support from his school and his speech therapists, who worked hard to desensitize him to the sound of his voice and come up with alternative ways of communicating his needs when speech fails him, his SM is largely behind him. This year is the first year our Halloween will go smoothly: I’m less worried about him freezing up when a stranger opens their door than with my son boring them with Minecraft strategies.

But even though these challenges are now behind us, I’m not really done thinking about all this. I still remember the stress you go through because your kid wants to speak but is unable to. I’m thinking of the thousands of other selectively mute kids who are still struggling to find their voice.

Recently I decided to turn to other parents in an SM support group on Facebook, to ask how other parents have helped their kid on Halloween. I was wondering what we could have done differently all these past years. I was relieved to find out that we were not alone in having imperfect Halloweens and was amazed at some parents’ strategies to make this day easier.

One parent actually had her daughter hand out candy at the door in costume, where there was no verbal expectation of “Trick of treat!”, unlike going door-to-door to beg for candy. Another parent recorded their son saying “Trick or treat!” on a tape recorder ahead of time, and just played it at each house.Many parents advice to go with a big crowd of loud non-SM kids (which is what we did some years). And other parents just spent a lot of time, practicing how to say “Trick or treat!” with their SM kids in advance. My favorite piece of advice: Get a funny costume, or even better a costume without a mouth so you’re expected not to speak.  And another great one: Make a big card with Trick-or-Treat or Thank You written on it in big scary letters.

So be generous to the little ghosts and witches and werewolves who come to your door.

Most importantly, everybody concurs, tailor the situation to your individual child and where they are with their SM. Don’t force or coerce them to do things they are not ready to do.

That’s a lesson I think everyone could keep in mind this Halloween, as trick-or-treaters come up to their doorstep. A silent child, jack ‘o’ lantern outstretched, might seem odd, ungrateful, or even rude. But you don’t know what’s going on under their costume. Maybe they are like my son, and underneath all of their anxiety, they most desperately want to thank you, but can’t. Maybe just coming up and ringing your doorbell took more bravery than most kids will ever show.

Or maybe not. But Halloween isn’t really about ghouls and goblins. It’s about community and generosity. So be generous to the little ghosts and witches and werewolves who come to your door. They may not thank you with their lips, but if you let them take part in Halloween without making a scenes, chances are they’ll be thanking you with their hearts. 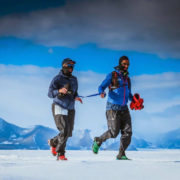 What Hashimoto’s Taught Me About Prejudice and True Beauty
Don’t miss one more amazing story.
Every week, we’ll send a few of our favorite stories to inspire you.
Send this to a friend
Scroll to top