The Tour Guide Making Ghana Accessible To People With Disabilities

Entrepreneur Joseph Asameni Obiri says that by making Ghana more accessible to people with disabilities, he can help make the entire country richer and friendlier.
blindness 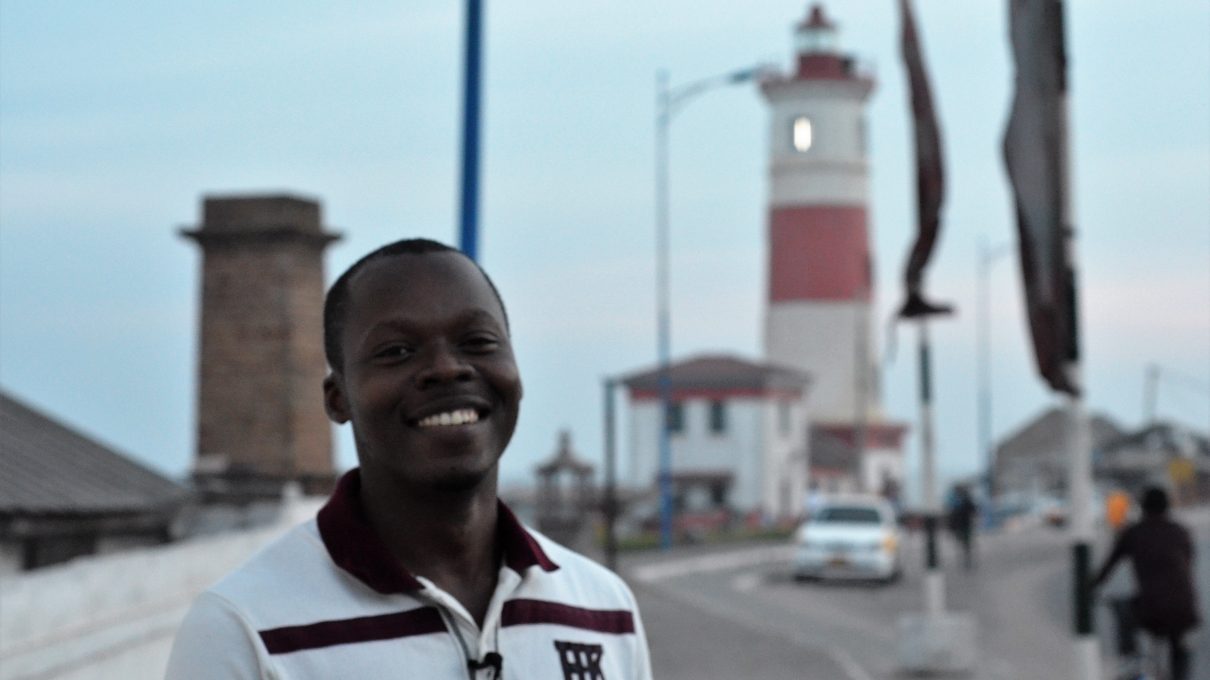 Startups are a tricky business anywhere in the world. The life of a founder means high-stress, self-financing and countless long hours in the quest to fill a gap in the market.

No one knows this better than Joseph Asameni Obiri. Hailing from Accra, the capital city of Ghana, Obiri drained his bank account, turned his bedroom into an office, and has faced countless setbacks, but his faith has never wavered in his mission: to make his beautiful country accessible to people with disabilities.

Obiri launched his startup company, Lionize Tourism Consult, in December, 2016. His company is focused on including persons with disabilities (PWD) in Ghana’s tourism: both those already here and those who want to visit. 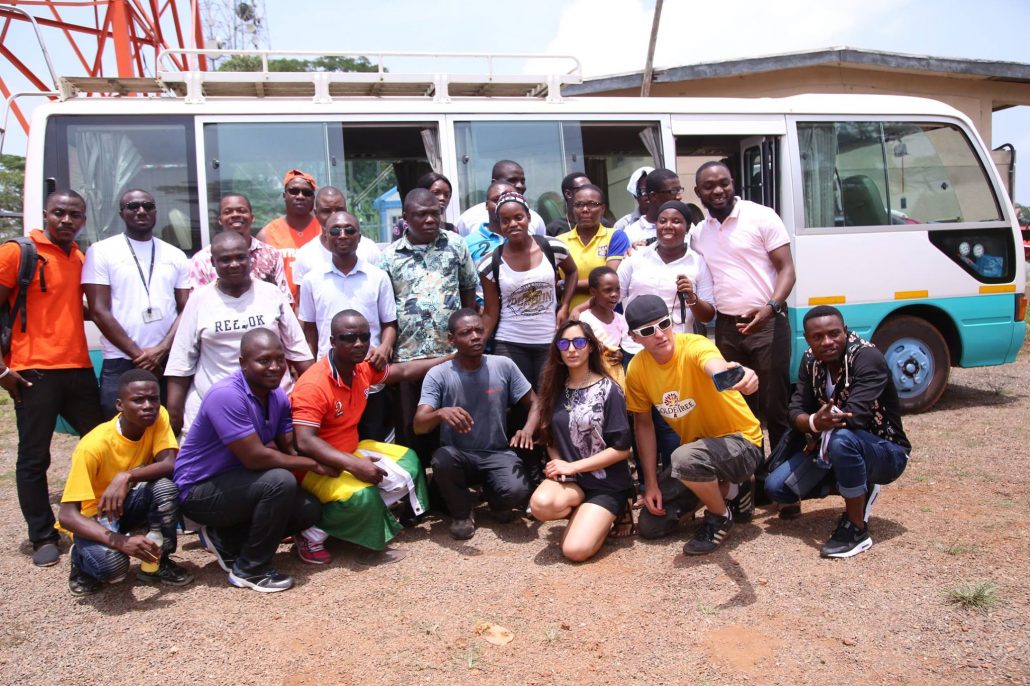 Joseph Asameni Obiri with a bus full of happy customers.

His first event offered a free tour to students from a hearing and visually impaired school in Ghana. He completely self-funded the tour, taking the pupils around Accra. Obiri rented a bus to take the children and teens to visit a library, memorial park and then a shopping mall. The kids, who usually had limited access to the sights of the city, loved it. By the end of the tour, they were literally singing his praises from the back of the bus.

The experience only reaffirmed Obiri’s belief that Ghana needs to be more open to people with accessibility needs. A ten-year veteran of the Ghanaian tourism industry, Obiri’s business was born from his frustration that people with disabilities were not coming to his safe and stable West African country. More than that, even native Ghanaians with disabilities had often not seen much of their own backyard.

To a savvy entrepreneur, it seemed like an opportunity ripe for the picking. “People with disabilities want to travel, if you just give them the opportunity, ” Obiri says.

Tourism catering to people with disabilities has the potential to be big business in Ghana: a 2015 report from the  Open Doors Organization suggests that in America alone, more than 26 million disabled adults traveled for pleasure or business, spending more than $17.3 billion annually.

After his first free tour, which proved his concept, Obir branched out. He took pupils from a school catering to Ghanaians with intellectual disabilities to one of Accra’s top hotels and a botanical garden. The tour was another success; one of the older participants even took Obiri aside and said he wanted to intern at the hotel they visited.  “He said he doesn’t care about being paid… so long as the people around him see he is doing something with his life,” Obiri remembers.

In April, Obiri did a tour to Ghana’s Eastern Region for a paragliding festival, bringing along about 30 visually impaired adults through the Ghana Blind Union, a local blindness advocacy group. There, he was even allowed to take one of his customers paragliding, even though the organizers originally said it was too dangerous. Local media covered the event: it was the first time a visually-impaired person had ever gone paragliding in Ghana. 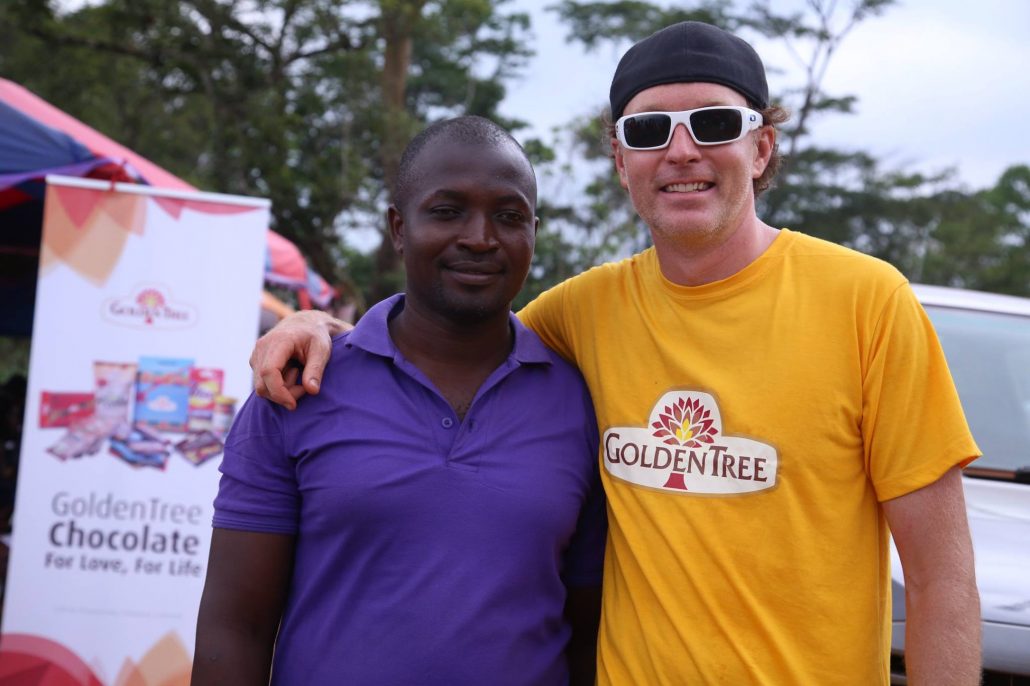 Obiri believes that by bringing more people with disabilities into his country, accessible infrastructure as a whole within his country will improve.

To date, Obiri’s paragliding adventure was his last tour. So far, he has paid for all of his trips out of his own pocket, he is now looking for funding. In the meantime, Obiri is trying to sell tour packages to people with disabilities who live outside of Ghana, using his successful free tours to prove there’s plenty of opportunities for travelers with accessibility needs to travel within his beautiful country. His ultimate goal is to help fund free tours for Ghanaians with special needs from the money he charges foreigners.

“The real market is out there,” says Obiri. “We have the evidence.” 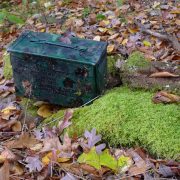 The Treasure Hunters: Geocaching When You're Disabled
Amy Ridout
What It’s Like Going Deaf In Your Thirties

How To Design A Room To Heal In
Don’t miss one more amazing story.
Every week, we’ll send a few of our favorite stories to inspire you.
Send this to a friend
Scroll to top