The Minnesota Vikings linebacker has had a seemingly easy recovery from open heart surgery. But after four similar surgeries myself, I think he's the exception, not the rule.
congenital heart defectheart disease 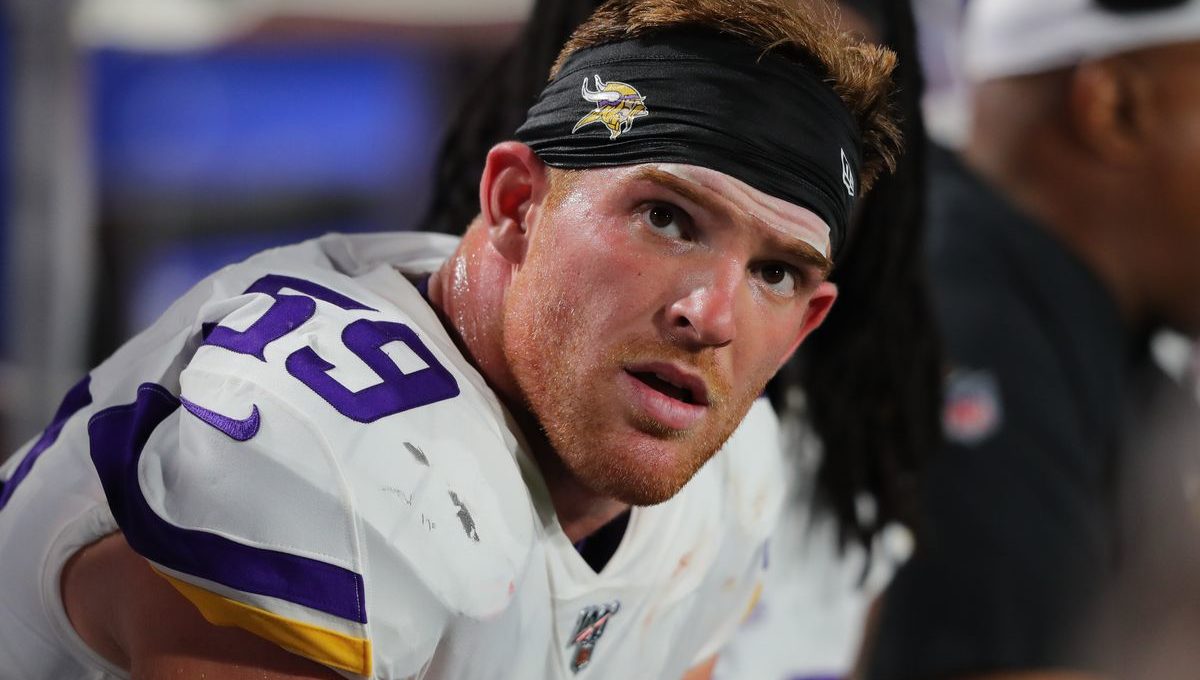 Earlier this summer, Minnesota Vikings linebacker Cameron Smith thought he had COVID. It turned out to be a false positive, but during a routine cardiac workup in the aftermath, doctors found something worse: a bicuspid aortic valve, a life-threatening, congenital condition.

Since his surgery back in August, I’ve been following Smith’s recovery.  I’ve watched him update  fans on his condition through social media: first with a hospital photo of the California native holding his heart-shaped pillow (a must have for pressing against your chest during coughs and sneezes to help with the pain after a sternotomy) and then with a video of his first time walking after surgery.

But as a person who has had four open heart surgeries of my own, these updates were jarring to me. Post surgery, I’m usually hunched over for weeks, the pain of straightening too much for a fresh incision. But in Smith’s picture and video, the football player was rosy-cheeked. He walked without the steadying guidance of an IV pole with quick, assured steps. You’d never know the man had just had his chest cracked open.

You’d never know the man had just had his chest cracked open.

Of course, these differences between my own experiences and Smith’s are conceivable.  It makes sense that a professional athlete in great shape might have an easier time recovering from surgery than I did. But what I have found harder to understand is Smith’s seemingly superhuman emotional recovery. “I haven’t hit a low point. I haven’t struggled,” Smith has said of his recuperation. And that’s just very shocking to  me, because low points and emotional struggles have been a regular part of each of my recoveries.

Even after my first surgery, the one I don’t remember, my mother noticed an emotional change in me. I was diagnosed shortly after birth with Tetralogy of Fallot— a combination of four heart defects. At 16 months, I needed my first surgery, and after, I wanted to be carried all the time. It was separation anxiety to the max: If I got down for a few minutes to play, I’d soon crawl—not walk, which I could do–back to my mother’s feet, begging to  be held.

Fifteen years later, after my second surgery, the emotional pattern repeated itself: I spent each day in my parents’ queen-sized bed, my skinny, teenage frame bundled up near the television on  my mother’s side. With the AC set to a chilly 65, I holed myself up in that bedroom for as long as my mother would let me. I was depressed . I didn’t want to get up and move. I wanted to lie here and wallow. Deep down, I was happy my surgery was a success and knew I was lucky to have had one of the best surgeons in New York City at an excellent hospital. I was doing well physically. But I just felt so sad.

After my two other open heart surgeries, I had depressive symptoms like this. Some days, the feelings came and went. Other times, they stayed for a week.

Low points and emotional struggles have been a regular part of each of my recoveries.

At 29, as I was recovering in the house I shared with my husband, I was moody and sullen. My mother was there, tending to me however she could, but I found it hard to smile. When I was rushed back to the hospital because of a GI bleed and I awoke in the ER the next day, the sadness felt like a physical presence inside the room, a force pushing against the very walls. I called home and cried into the phone.

I was a mother when I had my next valve replacement. Before surgery, I normally spent most of my time with my two-year-old daughter. She was the reason I’d been so scared of surgery this time, the reason I knew I needed to get better. But even after I made it home safely, the sadness hung on me like extra weight. I’d push myself to sit outside and watch my mother play with the baby in the pool but the whole time I’d long to go back inside. To lay down in the dark, watch true crime, and pretend there wasn’t a real life to live.

Depression after open heart surgery is not uncommon. Much research has been done on this correlation and on the comorbidity of depression and heart disease in general, whether cardiovascular or congenital. While not all patients become depressed after surgery, some do, and studies have shown this depression can have adverse effects on patient outcomes.

I don’t fault Cameron Smith for being sunny about this recovery. He even mentioned his reluctance to share such positivity when other people have such a hard time. His experience might also be encouraging to those who are preparing for open heart surgery, who are petrified of what will follow. He can inspire others, who need to know they can get through their own recuperation, maybe even while wearing a smile. But it’s also important to remember that this is not the only possibility. And those who don’t experience a recovery like Cameron’s, who find it hard to pull themselves out of bed and spend their days wanting only to fade away, should know they’re not alone.

What makes you strong or weak, brave or cowardly, has nothing to do  with how much you feel. Just how, in the end, you get through it.

Some people believe that the faster you bounce back from trauma the braver you are. That the more you push through the pain, the stronger you are. But it’s  also strong to feel the pain your body and brain is experiencing, and sometimes, denying these things isn’t about bravery at all; it’s about approval. But what makes you strong or weak, brave or cowardly, has nothing to do  with how much you feel. Just how, in the end, you get through it. 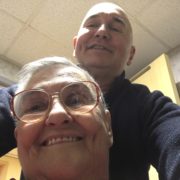 Ask Ada: When Should I Tell The Person I’m Dating I Have An STD?
Don’t miss one more amazing story.
Every week, we’ll send a few of our favorite stories to inspire you.
Send this to a friend
Scroll to top