The World’s Only Classical Music Ensemble For The Mentally Ill

After his own career almost unraveled, Ronald Braunstein founded the Me2/Orchestra to help fight the stigma against mental illness in the classical music community.
bipolar disorderdepressionmental illness

Prizewinning conductor Ronald Braunstein had a much-heralded early career in the classical music scene that began to unravel due to his bipolar disorder. But his experience with this condition eventually led to the founding of the Me2/Orchestra: the world’s only classical music ensemble for the mentally ill (and their advocates).

The conceptual origins of Me2/ date back to 2007, when Braunstein, then living in Prague, observed the huge gap in music education between public and private schools. “I wanted to create an orchestra that was inclusive of students from all socio-economic levels. The idea never went anywhere in Prague but I picked up that seed a few years later in Burlington [Vermont] – only this time my heart was in it. The inclusion I sought had to do with mental health rather than economic disparity,” he says.

There was good reason why mental health was a priority: Braunstein had just been fired from a job because of his bipolar disorder. “I was in the process of sorting out my mental and physical health and I knew I didn’t want to get a job where I could be discriminated against again. I decided to create my own orchestra and ensure that it was a safe place,” he says, before adding, “I knew that if I was feeling so much pain from being discriminated against that there must be other people like me.” 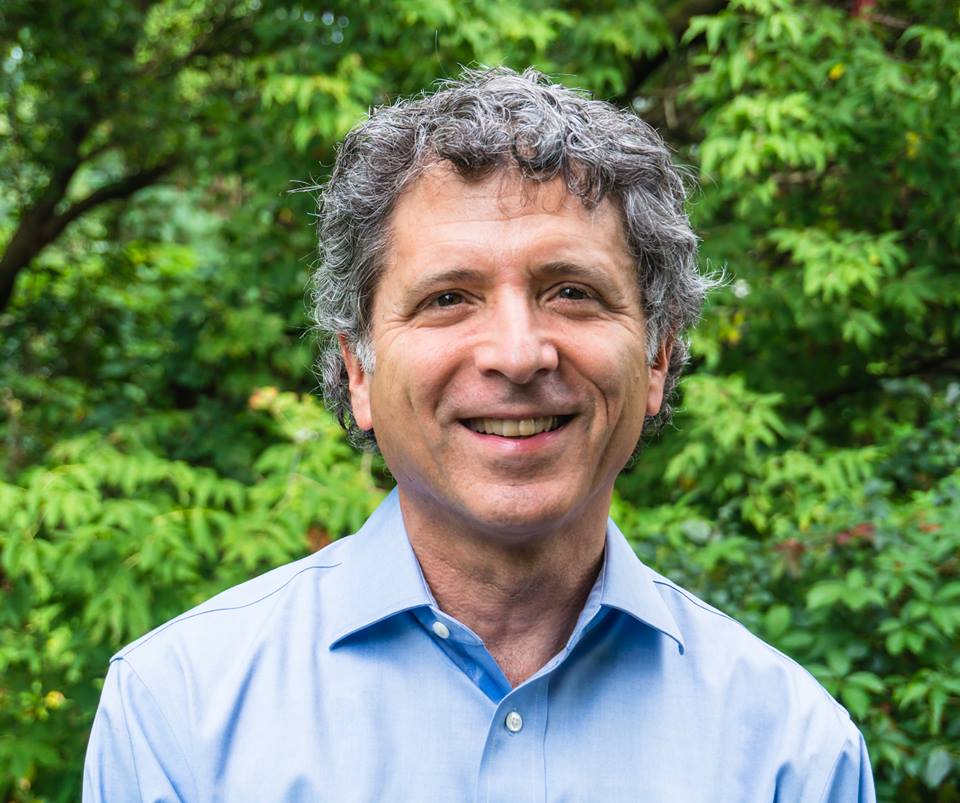 I knew that if I was feeling so much pain from being discriminated against that there must be other people like me.”

Braunstein, who was born in Massachusetts but raised in Pittsburgh, says that as a child his father took him to see a doctor, who diagnosed him with “bad nerves” and “prescribed some type of medication, maybe it was valium.” He adds how, “Over the years several people told me that I needed to see ‘a doctor,’ but this was during the ’70s when nobody spoke [about] mental health and I honestly didn’t know what they were trying to tell me.” For many years he contended with symptoms “but things started to get really revved-up in [his] early twenties.”

While studying at New York City’s famed Juilliard School his condition became severe. “I ate very little and didn’t sleep. I thought that food and sleep took away my brilliance. I experienced all of the classic bipolar behavior: delusions of grandeur, rapid pressured speech, irresponsibility in dealing with money, etc.”

However, he managed to graduate from Juilliard in 1978 with a degree in conducting. And at age 23, he became the first American to win the Gold Medal in the Herbert von Karajan International Conducting Competition in Berlin. This prize greatly boosted his early career and took him all over the world as a guest conductor at orchestras ranging from San Francisco to Norway to Japan. He later joined the Juilliard conducting staff.

Braunstein was first diagnosed with bipolar disorder in 1985. “I took a friend to his psychiatrist appointment,” he recalls. “And, through an odd turn of events, I walked away from that office with my own diagnosis.” He feels that the stigma surrounding mental illness has decreased since the time of his diagnosis, but “we still have a long way to go.” That said, he hasn’t encountered any stigma-related obstacles when trying to arrange a Me2/ performance. And he views the orchestra as helping to “change audience members’ perceptions” about the mentally ill by “showing what we are capable of in performances.”

Many believe a link exists between creativity and mental illness, and Braunstein notices a particular prevalence of bipolar disorder among the musically gifted

Many believe a link exists between creativity and mental illness, and Braunstein notices a particular prevalence of bipolar disorder among the musically gifted. Of brilliant composers likely afflicted, he gives a slew of examples: Schumann, Tchaikovsky, Mahler, Berlioz, Bruckner, Rachmaninoff, Elgar, Handel, Holst, Mussorgsky, and Rossini. Another prominent example is his favorite composer, Beethoven. He also admires Tchaikovsky, Johannes Brahms, Otto Klemperer (whose battle with bipolar disorder was well-documented), and Igor Stravinsky. Among his influences are Leonard Bernstein, Seiji Ozawa and, especially, his mentor Herbert von Karajan, the longtime conductor of the Berlin Philharmonic, who taught him “how to really hear the orchestra” while conducting. 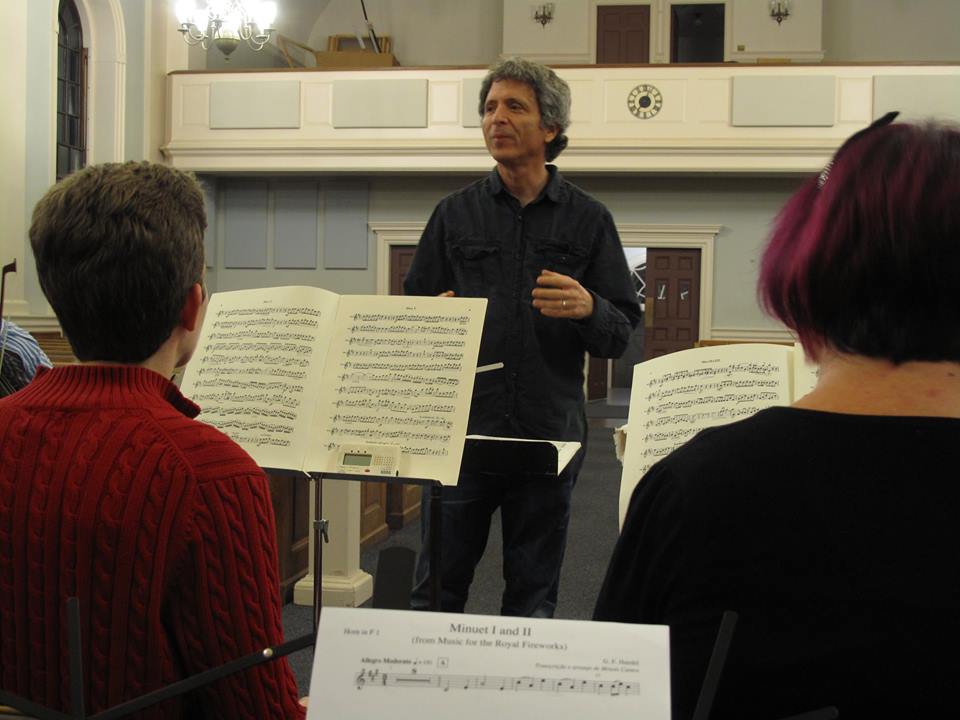 Of his own dual experience with gifted musicianship and mental illness, he says: “When I am in a manic phase I can be brilliant, or so it seems. When I come to a more stable point I can see whether the brilliance was actual or an illusion. And then there’s the question I always have after conducting a great concert: whether it was my musicianship or my illness.” He says that his symptoms are managed more effectively these days and are less likely to distort his self-perception. Previously, he was more inclined to have a “lack of insight into how [he] was doing” and hold an unrealistic opinion of his performance.

The question I always have after conducting a great concert [is] whether it was my musicianship or my illness.

The flagship chapter of Me2/ was established in September 2011 in Burlington, Vermont. September 2014 saw the launching of the Boston chapter. Though many members have diagnosed conditions, Me2/ also includes those who support the mentally ill, along with mental health professionals, such as one psychiatrist who plays trumpet for the Boston orchestra.

Me2/ has performed at several formidable venues, such as prisons and psychiatric hospitals – settings that don’t exactly evoke thoughts of classical music, but actually have provided the most engaged and appreciative audiences. In such places, the music “reaches their souls,” observes Braunstein, who adds how Me2/ has “never been unappreciated” at any type of venue.

Currently, fifty musicians belong to the Me2/Burlington, and the Boston chapter has 35. The orchestras perform 5 or 6 times per concert season. Of the musicians who join, almost all stay for a long period. There are no auditions to worry about. Braunstein’s programs are “designed for the middle-level of the orchestra. For the people who are less experienced, we offer coaching but technical perfection is not what we are about. We have professional musicians sitting alongside near-beginners and it works.” Many other members are skilled amateurs who “received extensive training earlier in life.”

Among mentally ill members, conditions range from depression to PTSD to schizophrenia to dissociative disorder, among others. Members aren’t required to disclose their diagnoses, but some do so “within the first 5 minutes.” Others are less than forthcoming at first. Braunstein recalls one member who “didn’t want her name printed in materials because she didn’t want to be associated with ‘the mental health orchestra.’ She didn’t disclose her diagnosis for a long time; however, after playing with us for a few years she has now become an outspoken advocate about erasing stigma.”

Though a few members prefer to keep to themselves, many others become friends and socialize outside of Me2/. Braunstein describes rehearsals as “extremely social” and adds that the “positive energy is palpable.” He recalls one man who, after a few months with the orchestra, had reconnected with his long-estranged extended family because Me2/ “gave him the confidence and self-respect he needed.”

Another member considers each Me2/ rehearsal his “detox” from the remainder of the week. And for some members with a tendency to self-isolate, the orchestra “gets them out of the house and surrounded by supportive friends once a week.”

Braunstein currently lives in Burlington, Vermont, with his wife, Caroline Whiddon, a Me2/ cofounder who serves as Executive Director and also plays the French horn. They drive back and forth from Burlington to Boston each week, as the Boston orchestra rehearses every Monday and the Burlington one every Thursday.

“[Music] is a space to be in that is safe and beautiful… it has given my life meaning.”

The conductor’s future aspirations are “to continue to grow and learn as a musician and a human being. Me2/ is my project for life.” His life-project has grand plans in store: A Me2/ chapter has just launched in Portland, Oregon, and Braunstein anticipates another chapter launching this summer in Atlanta, Georgia. In three years, he hopes to have 20 affiliate programs in various cities. Ten years from now, he sees Me2/ having “affiliate programs nationwide, including orchestras and various ensembles.” He also envisions “hosting conferences where Me2/ members from various locations come together to rehearse and perform in massive events.”

Though some afflicted persons might view music as an escape from psychological duress, Braunstein prefers to think of music as “a space to be in that is safe and beautiful.” When asked about the effect of Me2/ on him personally, he concisely replies, “It has given my life meaning.”

Me2/ is open to ages 13-80+ and there’s no cost to participate. For further information, see the website. 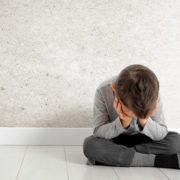 Ask Ada: When Is It Too Soon To Worry About My Children Being Depressed?
Ask Ada
Meet Mexico City’s Amputee Grammar Queen What To Do When Someone You Love Has Alzheimer’s
Don’t miss one more amazing story.
Every week, we’ll send a few of our favorite stories to inspire you.
Send this to a friend
Scroll to top