At Beer City Dog Biscuits, founders Leslie Hooker and Suzanne Wilcox are proving that taking pride in your work is for everyone.
autismblindness 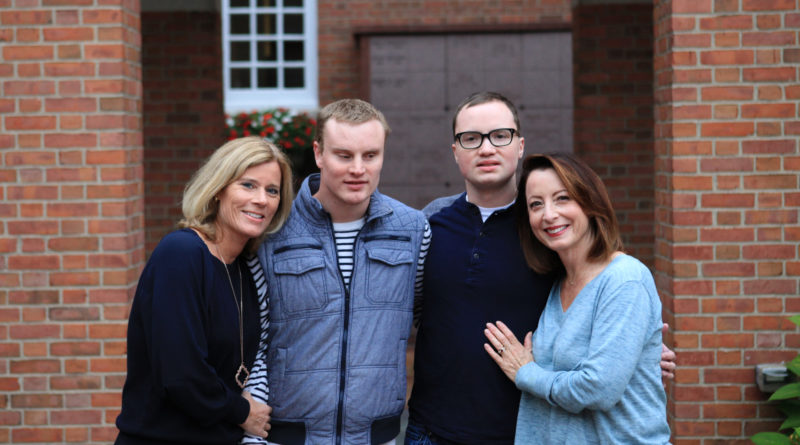 In 2017, Leslie Hooker and Suzanne Wilcox ran headfirst into a problem plaguing the disabled community. Hooker’s son, Tanis, who is blind and has developmental disabilities, was turning 26. Wilcox’s son, Gavin, who has autism, wasn’t far behind. In Michigan, as in every other state, once a person hits 26, they age out of the school system—and with that milestone, the opportunities to find purposeful work (paid or unpaid) drastically drops.

“After age 26, the numbers of adults with disabilities really drops in regards to activities and what they’re able to do,” Wilcox says. “Their employment rate is incredibly low. So we started looking around at what the opportunities were and realized that if we can’t find it, we should just make it ourselves.”

Now, Tanis, 27, and Gavin, 23, both work at Beer City Dog Biscuits, a non-profit Hooker and Wilcox started in 2018 where adults with cognitive and developmental disabilities bake dog biscuits from spent beer grains. The company is meant to provide valuable training and meaningful employment for disabled adults.

Most job sites, Hooker and Wilcox say, would have them come in for an hour or two to do menial tasks like rolling silverware. But at Beer City Dog Biscuits, they come in for four- or five-hour shifts to work as “brew bakers,” essentially running the business themselves.

“That’s what’s really unique about [Beer City],” Hooker says. “It’s their business. Other worksites, they might go there and wash down tables for an hour. That’s great, but it’s not letting [disabled workers] feel ownership.”

A Typical Day on the Job

Right now, Beer City Dog Biscuits has about fifty brew bakers coming in four days every week, 15 at a time, plus their caretakers. The bakers do everything, baking between 4,000 and 5,000 biscuits every day from scratch, and then bagging them and weighing them. They work in the kitchen at Grand Rapids’ Central Reform Church. For those with sensory challenges that make the kitchen too much to handle, they instead handle delivery, representing the company at farmers markets and at Founders Brewing Co., the brewery supplying the spent grain the biscuits are made from.

“We hope this business is a model for other businesses to see [disabled people] are so much more capable than just sweeping or wiping tables or rolling silverware.

“They really get a full experience of what it means to have your own business and what it takes to run it,” Wilcox said. “They’re learning job expectations like showing up on time, responsibility for your own quality work, respect of your fellow workers, and also taking directives from the boss. These are skills that, because they’re here for a longer period of time [than other jobs], they’re really learning. We hope this business is a model for other businesses to see they are so much more capable than just sweeping or wiping tables or rolling silverware. We’re giving them the power to have self-determination.”

Although Beer City Dog Biscuits currently operates out of the kitchen at Grand Rapids’ Central Reform Church, Hooker and Wilcox are currently on the hunt for a spot to build their own facility. With so many brew bakers (and an ever-growing waiting list), the company has outgrown its temporary home. With new facilities, they’re hoping to be able to double the workforce coming into the bakery every day.

“It really is a crisis with these individuals not working, not volunteering, not finding enough things to do during the day. They are so capable.”

“We could easily have another fifty people coming through the doors,” Hooker said. “It really is a crisis with these individuals not working, not volunteering, not finding enough things to do during the day. They are so capable. If we can just do a little bit here in Grand Rapids to help, that would be our long-term goal and hope.”

The two have even had requests to franchise across the country, but they’re holding out for a bit on that—they want to make sure they’re doing everything right, first.

Franchise opportunities aside, the two plan to continue Beer City Dog Biscuits as long as possible—because not only is it providing a great service for the disabled community, it’s also producing visible results.

One of the brew bakers, Jenny, who has a physical limitation, has been with the company for about a year. She’s currently in a work skills program and told Hooker and Wilcox that when she graduates, she only wants to work with Beer City Dog Biscuits. She feels safe and valued, something not many other employment opportunities for the disabled population can provide.

“They want to work, feel valued, be included, and work hard,” Hooker said, “and that’s what we’re seeing. They don’t feel different here. They’re just part of the group.”

Another brew baker, a non-verbal woman in her 50s, picked up the whole operation quickly and could now, less than a year later, practically run it on her own. One of the caregivers that come along with her told Hooker and Wilcox they had no idea she was capable of everything she was doing—because no one ever gave her the opportunity. Even Hooker’s son, Tanis, has felt the benefits of working there. Every day he works, he tells his mom that he’s proud of himself and it was a great day.

“They want to work, feel valued, be included, and work hard,” Hooker said, “and that’s what we’re seeing. They don’t feel different here. They’re just part of the group.” 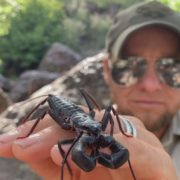 7 Continents. 2 World Records. 5% Vision. 100% Willpower
Don’t miss one more amazing story.
Every week, we’ll send a few of our favorite stories to inspire you.
Send this to a friend
Scroll to top