This Hockey Team For Disabled Kids Is The Coolest One Around

When Isaiah Granet was 12, he started a hockey team for kids with developmental disabilities. 6 years later, the San Diego Chill is still going strong.
down syndrome 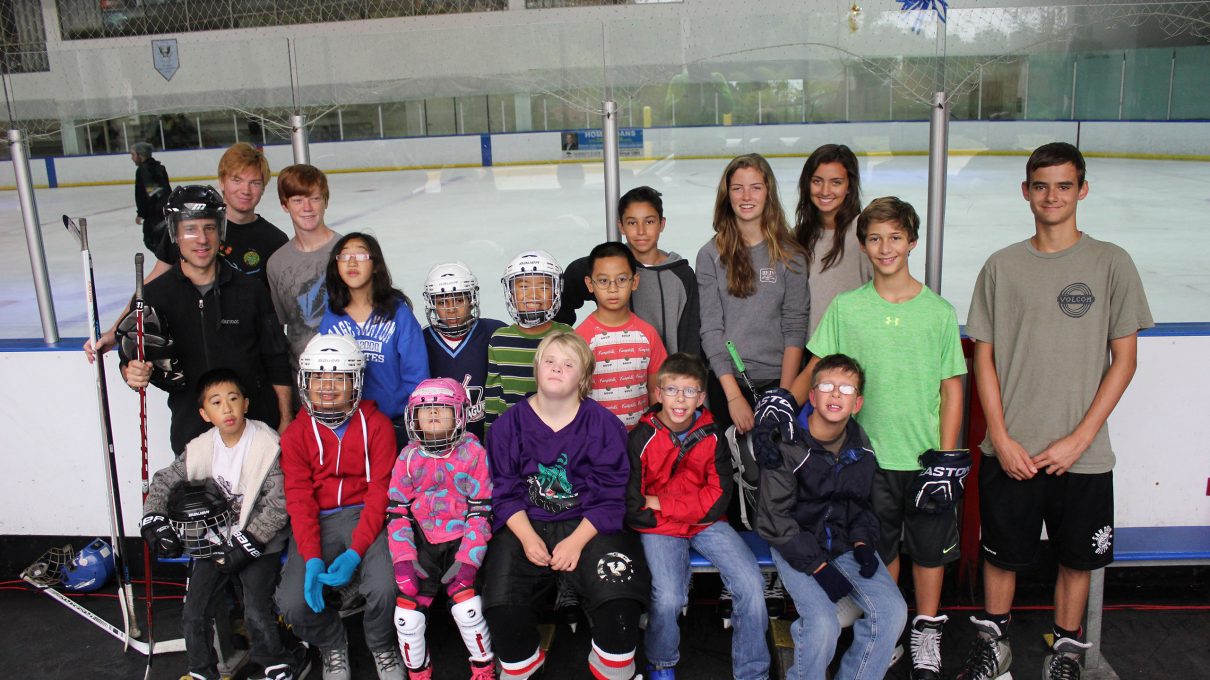 Isaiah Granet has always loved hockey. The team environment, the competitiveness, the creativity of the game. He believes everyone should have the opportunity to play. Unfortunately, few hockey programs for children with disabilities exist.

That’s why six years ago, he started San Diego Chill, a nonprofit that teaches children with developmental disabilities how to skate and play ice hockey.

He did so after meeting Adam, a young hockey fan with Down Syndrome. Adam wanted to play, but couldn’t because no teams allowed children with developmental disabilities. “Seeing the pure love that Adam had for ice hockey, reminded me of the same passion I feel for the game,” Granet says. “Given that connection, I knew I couldn’t sit by and watch hockey stay out of reach for him.”

Folks spoke to Granet about his love for the game, how he started San Diego Chill, and how kids benefit. 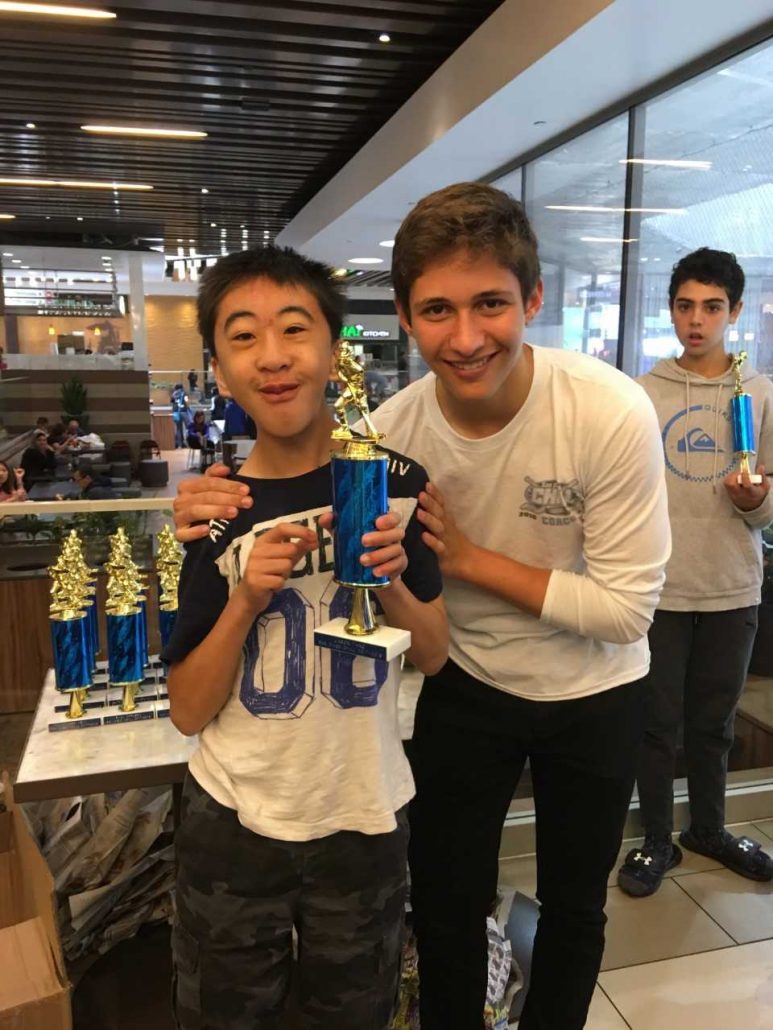 Isaiah Granet with a member of the San Diego Chill.

How did San Diego Chill start?

I approached the local rink owner about starting a pilot program for a special needs hockey team. The owner offered us free ice time. Hockey equipment, however, is expensive. I contacted law firms to ask for donations. It was one of the most daunting tasks I faced. Being only 12, I thought I would be laughed at, and truthfully I was. Out of the dozens of emails and calls, one law firm took me seriously. Paul Hastings LLP not only helped me set up the team, they did it pro bono. Receiving help from such a large law firm was incredibly empowering and gave me the confidence to move forward. Without the generosity of Paul Hastings and the wonderful lawyers that we have worked with, namely Terry O’Brian, the Chill would not exist today.

How expensive is it to play hockey?

On average, it costs between $200 and $300 to equip each player. We don’t charge for equipment. Each player receives a brand new helmet to ensure absolute safety on the ice. While we do receive some equipment donations, we usually have to fundraise. No player will ever see a bill for their equipment; there are no barriers for anybody who wants to learn to play.

No player will ever see a bill for their equipment; there are no barriers for anybody who wants to learn to play.

How do you fundraise?

We’ve received several grants that have helped offset the costs of the program, and we mostly rely on the generosity of the community. People across San Diego and across the country, have stepped up to help support this program. That said, raising the funds each season is our biggest worry. We’ve raised more than $130,000 since starting The Chill. I’m also a recipient of the Baron Prize, which awards grants to students who make positive impacts in their communities.

Who plays and who coaches?

It’s open to children ages 7 to 13. Each Sunday during the school year, we have up to 40 players and 50 mentor coaches. Most of our volunteer coaches come once and become hooked. They fall in love with the team and bond with the players. Nearly all of our coaches are teenagers, aged 13-18. They willingly and enthusiastically give up part of their Sunday to help give back to their community. It’s truly amazing to see the connections and bonds that grow from player-coach relationships. It’s life changing on both ends.

As time goes on every coach gets to see the development of the player they have been working with for years, and the impact their commitment has made. We have also started an education program for the coaches, inviting doctors, parents, and specialists to come speak and educate the coaches on developmental disabilities.

How has San Diego Chill helped the players?

There are many stories from the players whose parents never thought they would walk let alone skate to the players who have met their best friends on the team. Another story happened after practice. The coaches usually go out for lunch together. One coach invited a player who was 13. We were 14 and 15 at the time.

Later that day, I received a call from his mom in tears telling me that her son had come home and told her that it was the “best day ever.” Just being able to enjoy lunch with kids close in age was enough to bring him and his mother to tears. It was an hour of our time that didn’t seem remarkable to us, but to this player it was enough for him to call it the “best day ever.”

Isaiah Granet and the players of San Diego Chill.

And about once or twice a year, we do an event night with the San Diego Gulls. We usually are able to offer free tickets or extremely discounted prices to families. These nights are about building a community through the team, encouraging the formation of relationships among parents and players outside of hockey. After one of these nights I had a parent come up to me and thank me for a wonderful night, saying that his family had loved being able to go to a pro sporting event. They, as a family, had never been able to attend any other sporting event before. To be able to go out and enjoy a night like a typical family meant the world to their entire family. There are so many things that we all take for granted, and seeing how impactful small events like these can be never fails to surprise me.

There are so many things that we all take for granted, and seeing how impactful small events like these can be never fails to surprise me.

What are your plans going forward?

I’m currently attending Washington University in St. Louis. While, I’m still very much involved with the team, I’ve expanded The Chill’s board, and delegated roles to other volunteers. We are currently working on a long term plan for The Chill to ensure its continued growth and existence.

And for the Chill to continue functioning we always need support from the community. There is no shortage of ways to contribute; hockey abilities are not a prerequisite!

Renee Brincks
Do you know someone else who would enjoy this story?
You might also like...
The Mom With A Mission To Help Families With Down Syndrome
Susan Johnston Taylor
The Disabled Dog Whisperer Finding Service Dogs For Kids In Need

Ask Ada: Help Me Deal With My Panic Attacks!
Don’t miss one more amazing story.
Every week, we’ll send a few of our favorite stories to inspire you.
Send this to a friend
Scroll to top