Tiny Tales On Her Fingertips 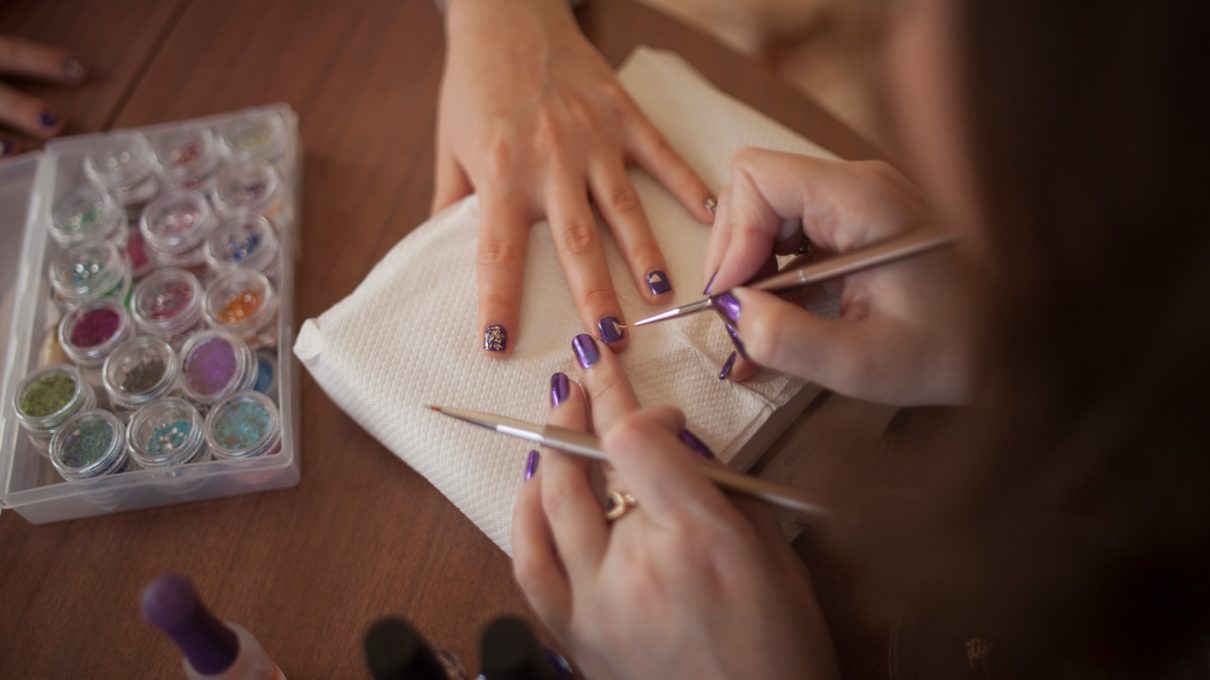 When Anthea Whittle was eleven years old,[ she made a deal with her piano teacher. For every lesson that Anthea turned up with her nails cut short enough to play, her tutor would reward her with a bottle of nail polish. 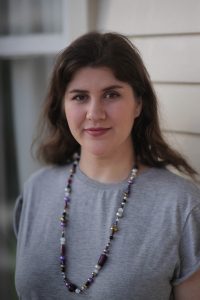 Now, at 28, she’s a self-taught nail artist who’s been collecting polishes – and everything that goes with them – for seventeen years.  She’s lost count of how many she has.

“When I last tried to add it all up, it was maybe four hundred bottles?” she laughs. “But since then, gel polishes were invented and I started getting those, now I really have no idea.”

Anthea, who has a rare neurological condition called Idiopathic Intracranial Hypertension, works as a freelance digital strategist when her health allows.

“Lots of people have said to me I should start a nail art business, but I feel like that would take the fun out of it,” she says. “It’s something nice that I like doing for myself and other people. And it’s something that I’ve continued to be able to do since I got sick, which has been really important.”

“When you have nice nails, they’re like little artworks you carry with you, and it boosts you up.”

Anthea grew up in the far north of New Zealand. She is part Māori on her mother’s side, of  the Ngāti Pōrou ki Hauraki iwi, or tribe. She attended a Kura Kaupapa Māori school, where Māori was spoken exclusively, and the teaching based in Māori cultural values and principles. After two years at her local rural school learning the English way, she then went to an all girls boarding school at age 13.

“I took my nail polish collection with me – it was already starting to get pretty big by then. There were other girls there who were into it too so we’d all hang out and paint each other’s nails, even though we had to take it all off the next day because it was against school regulations.”

“Once I graduated it was like yay! now I can finally do my art and not get told to take it off all the time.”

In 2011, Anthea began working for New Zealand Media and Entertainment, one of the biggest commercial media companies in Australasia. As the Digital Product Manager, she managed the development of mobile apps, websites, and social media for seven NZ radio brands and three in Australia. 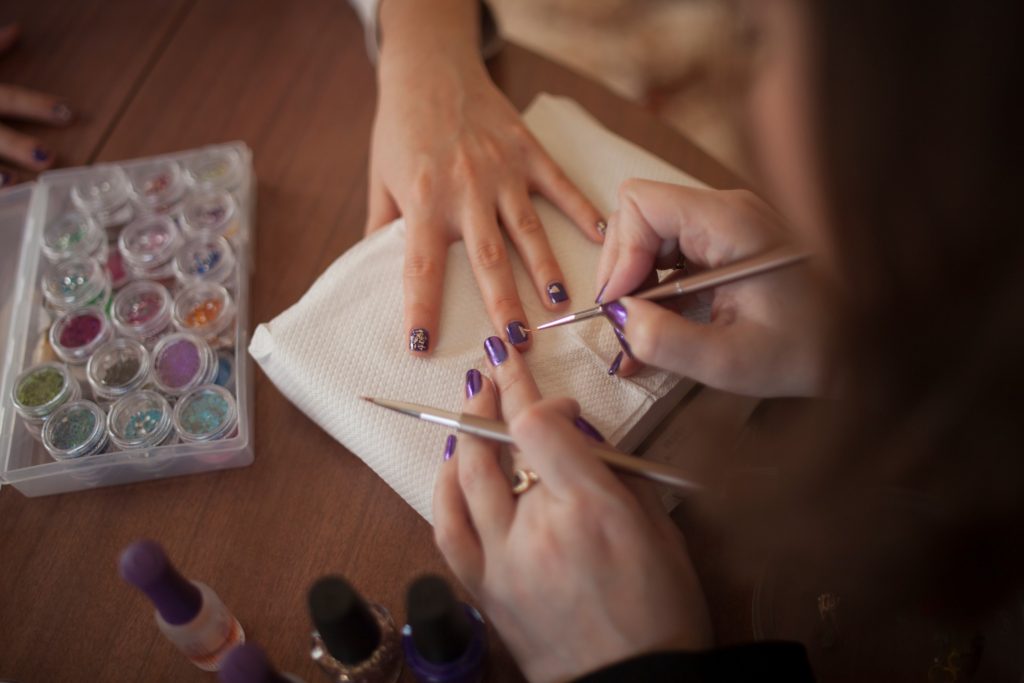 Anthea practices her nail art on a friend, a process that’s been important for her wellbeing.

“Back then I was doing a new manicure every Sunday night. It got so everyone would want to see my nails on Monday morning – it became something of a talking point.”

“I bought two big storage boxes and I had enough polishes that they weighed about four kilograms each. I took them around the building at work doing people’s nails. I’d have sore arms the next day from carrying everything.”

But, in late 2012, a series of unexplained “migraines” began. Different forms of pain relief and migraine treatment were no help, though the symptoms were all typical of migraine. Spells could last up to two weeks, with extreme sensitivity to light, sound and smell which triggered or worsened the headaches. Anthea was crippled with pain, and the doctors had no answers.

“I was taking all these days off work because I couldn’t get out of bed. My manager began asking to see my hands, because she realised she was able to gauge how I was doing that way – if my naiIs were manicured, I was doing ok. But bare nails for too long meant I was really unwell.”

Bare nails for too long meant I was really unwell.

In August 2014, she had the worst episode yet. After another excruciating visit to her doctor, a neurologist ordered an MRI scan of Anthea’s brain.

“The MRI showed that the pressure in my head seemed elevated, and I needed to have a lumbar puncture – a needle inserted into my spinal cord to test the pressure of the fluid there. It’s a bit like having an epidural but they take liquid out, not put it in. And I didn’t come out with a baby afterwards.”

What she did come out with was answers. The pressure in her spine was high, and Anthea was diagnosed with Idiopathic Intracranial Hypertension (IIH). 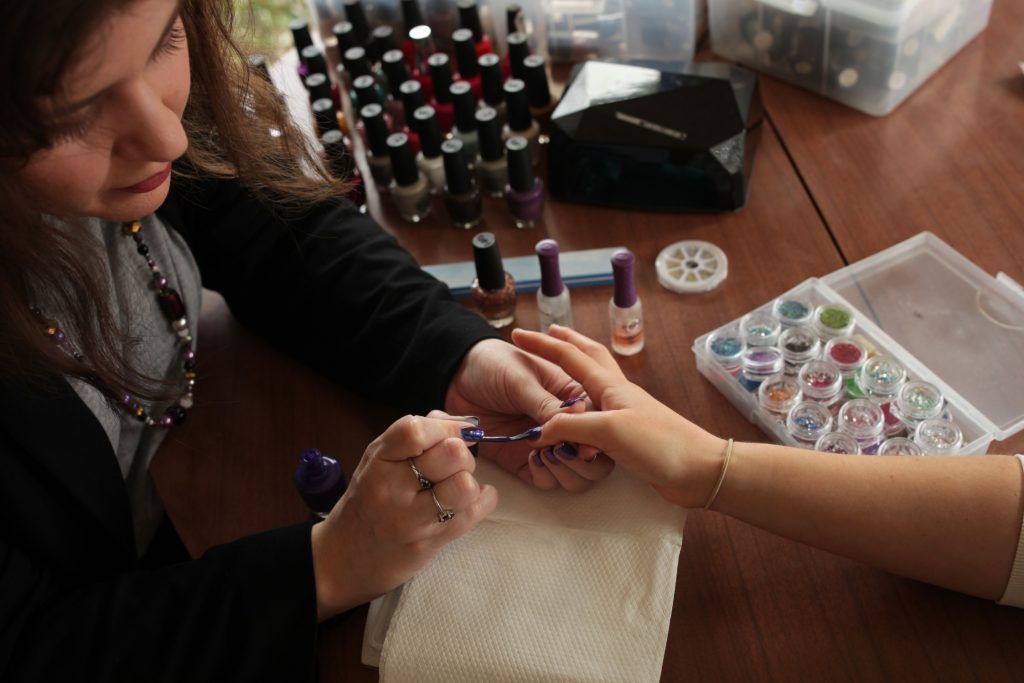 “I was told it’s like having a brain tumor without actually having the tumor. In the past, people with my symptoms were assumed to have tumors, until doctors were able to do the tests they do now.”

IIH is a rare label. The condition has no known cause, though it affects mostly women in Anthea’s age bracket, and mostly women who are considered overweight.

Along with migraines, IIH also creates pressure in certain vessels and veins, including the sheaths around the optic nerves, which can choke them and create the risk of eventual blindness. Anthea was scared of that possibility.

“My neurologist told me that I needed to lose weight to try and resolve the hypertension, and gastric bypass surgery was an option.”

“I was living a half-life.  I couldn’t work, I was in so much pain. So at the end of November, I had my first consultation with a surgeon, who said ‘Does January 12th work for you?’”

“I think I managed to blink in response. This was my first appointment, and surely there were more hoops to leap through? I’d read a lot online from people in America who had to wait months for surgery. But the surgeon said there was no reason to wait, so I said ‘Well I guess you’re giving me a new tummy for my birthday!’”

A few short weeks later, Anthea arrived at the hospital.

“They gave me one of those gowns to put on, which I promptly put on backwards. I also had to wear compression stockings. It was very glamorous as you can imagine. At 8am, it was time to go. My mum’s tears as I was wheeled into the operating theatre were probably the hardest thing, so I had my brave face on.”

Three days later, on her 27th birthday, Anthea was at home and in recovery. And now, while she still deals with chronic pain, and the lifestyle changes enforced by surgery, her IIH has improved. 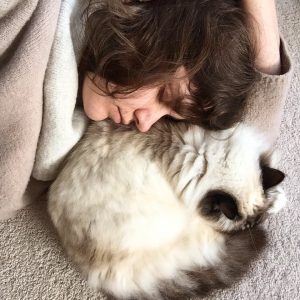 Anthea snuggles with her cat, Hollyberry.

“My bad times don’t happen as often or for so long anymore. The weight loss certainly helped my head which was the point of the surgery, so I consider it a success. I doubt I’ll ever work full time again though.”

With that being the case, nail art continues to play a big part in her life.

Along with the hundreds of polishes, she has a big bag she carries around with all her manicure tools, and art necessities like glitter, powders, stamps and stickers.

“It’s all pretty easily transportable,” she says. “I mostly keep it all in the back of the car usually, so I can go to people’s houses and do the manicures. It usually takes about an hour to create something.”

Anthea says she likes to do art for people who might not be able to easily leave the house, like others with chronic illness and mothers of young children.

“It’s just something nice I can do, that I’m good at, and it can make people feel really good about themselves.”

“I like the temporary nature of nail art,” she says. “I can photograph it and have memories, but it has its time… and then I always make something new.

Meghan Beaudry
Do you know someone else who would enjoy this story?
When Life Takes A Sharp Left

Cycling Across Canada For Crohn’s
Don’t miss one more amazing story.
Every week, we’ll send a few of our favorite stories to inspire you.
Send this to a friend
Scroll to top