Powerlifter and entrepreneur Chris Ruden, who was born with a limb difference and has type 1 diabetes, wants everyone to know that limitations are self-imposed.
congenital amputeelimb differentialsType 1 Diabetes 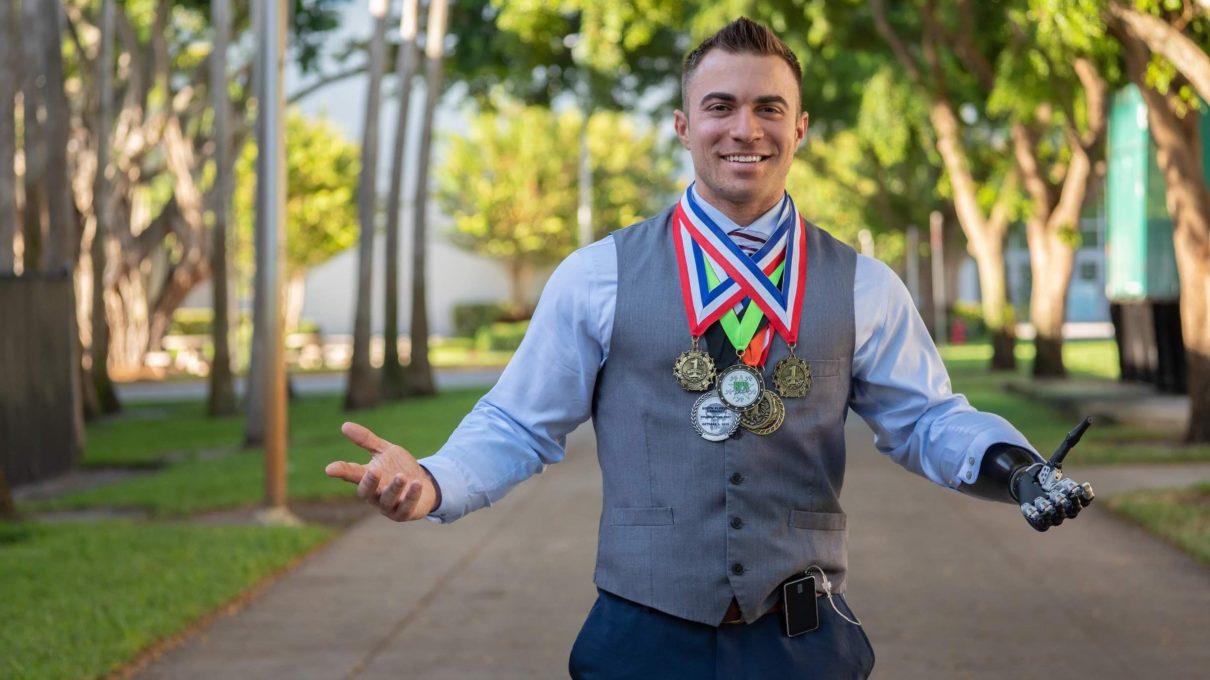 Under the iconic arched eyebrow of Dwayne ‘The Rock’ Johnson, the competition starts with a bang—and literal pyrotechnics. Chris Ruden runs, then scales a 30-foot ladder slowly and steadily as his left arm is 4 inches shorter than his right. But his opponent has an advantage: he can literally leap from one rung to the next, pushing off one rung with his feet while grabbing the next with his hands. He reaches the top in eight seconds and knocks Ruden off the platform.

That was how Ruden’s time as a competitor on NBC’s Titan Games came to a close. But his presence on the show was already a victory over his personal insecurities.

Ruden—an elite powerlifter, motivational speaker, model, and entrepreneur was born with a congenital birth defect. His left arm, which has just two fingers, is shorter and has limited motion in his elbow. That physical difference made him stand out as a kid, and he was bullied for being different. To hide his pain and embarrassment, Ruden hid his left hand with a glove or in his pocket for many years.

But though Ruden posed with his prosthetic arm in promotional photos for Titan Games, he competed without it.

“I never thought I would take my glove off and show people my disability…I lost, but I feel like I did my job,” he said after the competition.

Ruden comes off as confident these days, but it wasn’t always this way. As a kid, he hated appearing weak because of his disability, and acted out by hanging with a rough crowd.

That diagnosis shook Ruden, who realized he needed to find another way to overcome the pain he was feeling. ”I was like ‘okay, I need to do something else and the only way for me to help myself is to help other people,” he says.

In school, Ruden decided to study exercise science, and become certified in physical therapy. One highlight: helping an 11-year old boy with cerebral palsy learn to walk. Running with him on the beach for the first time inspired him to do more.

Ruden also discovered bodybuilding. One of the things that first attracted him to the sport was the fact that naysayers said he couldn’t do it. A competitive person, he was determined to prove them wrong. Ruden has won numerous powerlifting competitions such as the Arnold Sports Festival where he deadlifted 640 pounds, setting a world record for the strongest disabled deadlift. He’s also competed in 5 RPS Redemption powerlifting meets in Florida and Texas. Often, he’s the only one with a disability at these meets.

“I want to compete against everyone else. I’m going to show that I can hold my own. I don’t want to be there for a participation trophy.”

“I want to compete against everyone else. I’m going to show that I can hold my own. I don’t want to be there for a participation trophy,” he says.

“I built a lot of scar tissue to tolerate the weight. That’s another difficulty I have as a person with the limb difference. It’s not just the training. It’s also pain tolerance. There’s been times where I finished lifting, and I kind of shake my hands, and then blood goes everywhere,” he says.

“It goes up and down constantly. It’s a practice session ender if my blood sugar tanks too low,” says Ruden.

Helping Others With Disabilities

Powerlifting is just one of his projects. Ruden works as a motivational speaker, traveling to corporate events or health conferences around the country to speak about overcoming adversity, diversity and inclusion, and mental resilience. He often speaks at diabetes conferences such as those run by JDRF or the American Diabetes Association as well as amputees or those with limb differences. He runs fitness challenges helping scores of people with type one diabetes lose weight and reach fitness goals.

More recently, he’s been modeling adaptive fashion or clothing designed for people with disabilities. This includes slip-on shoes, shoes with zippers, magnetic closures, pull-on pants, and more. Ruden was a model in the Runway of Dreams fashion shows in Las Vegas and New York, sponsored by Zappos Adaptive.

“I believe that everyone has something to offer the world… don’t waste it.”

Ruden said he feels fortunate to be in the place he is today because he’s able to turn his obstacles into opportunities to help others with disabilities. But he’s overcome a lot to get to where he is.

“I believe that everyone has something to offer the world. And once you find or accept what you’re offering the world, don’t waste it, you know, just do it. The easiest way to be happy is to help someone else. And I just feel like if everyone did that a little bit, we’d be in a lot better place.” 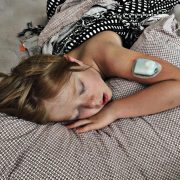 The Weight: Caregiver Fatigue And Diabetes
K. Thor Jensen
How Do We Stop The Superbugs?

What Disneyland Taught Me About Disability Imposter Syndrome
Don’t miss one more amazing story.
Every week, we’ll send a few of our favorite stories to inspire you.
Send this to a friend
Scroll to top