To Tattoo Or Not Tattoo? After Breast Cancer, That’s The Question

After a mastectomy, I felt mangled and ashamed by what I had lost. For me, micropigmentation was the answer.
brca ibrca i mutationbrca1 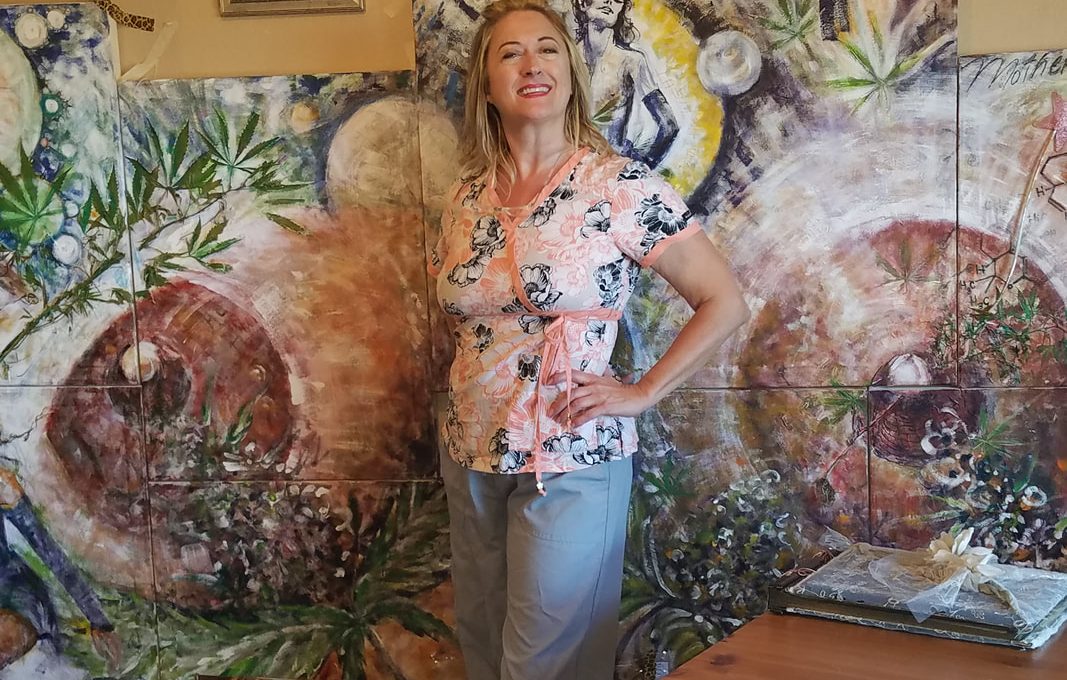 Being naked isn’t as much fun after breast cancer. Or at least it wasn’t for me.

The mastectomy, radiation, and chemo port scars that are normally covered by your clothes are revealed, and they can be a painful reminder of not only what your body has gone through, but the sexiness you lost along with your breasts. What’s important to remember is that there are things you can do to feel good about your body again. Just sometimes, it takes doing something that sounds weird at first.

When I was diagnosed with an aggressive form of breast cancer at age 39, I learned I was a carrier for the BRCA1 mutation which makes women four times more likely to be afflicted with breast cancer. In total, in treating my cancer, I had 22 rounds of chemo, 7 surgeries, 11 infections, and 69 blood tests. So I decided to have both breasts—not just the one with the tumor–removed as a preventative measure, so I’d never have to be poked and prodded this way again.

I’ve always had large breasts, so the question of whether or not I should undergo breast reconstruction after chemo was one I considered carefully.

I’ve always had large breasts, so the question of whether or not I should undergo breast reconstruction after chemo was one I considered carefully. It made me ask myself: “Do I need breasts? Why?” I briefly considered going totally flat-chested, because a style icon of mine–the parent of a close, dear friend–appears to have no boobs, because she is so tall and thin. I had the tall thing going for me, but it seemed like too much of an overhaul since large breasts have been a part of my curvy-gal identity for so long—it felt like they made me “me”. 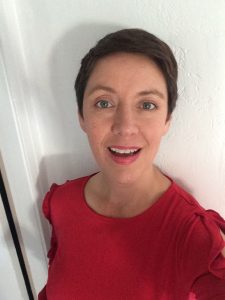 I signed on for a DIEP mastectomy surgery because it would be a two-fer. The procedure would remove my breasts and replace them with fat taken from my stomach, instead of implants. So not only would the tumor in my left breast go away, I’d technically get a tummy tuck. Win-win.

Losing A Piece Of Me

But after the DIEP mastectomy surgery, though my breasts were as big as they ever were, an unfortunate consequence of an infection from my surgery was that I lost my nipple to necrosis. Both breasts were left with angry-looking slashes, and looked damaged to me. And even though I had a loving partner who would tell me I was still beautiful, I didn’t feel beautiful or ready to be naked.

This, I would later learn, is a normal way for women to feel after treatment for breast cancer. One in four women worldwide will get breast cancer, and afterwards, many feel mangled and ashamed. In cases like mine where a nipple has been lost, there are surgical prosthetics—silicon nipples, embedded under the skin—but often, the results of the mastectomy leave the patient with chest skin that is too tight to accommodate another surgery.

One in four women worldwide will get breast cancer, and afterwards, many feel mangled and ashamed.

But in these cases, I learned there’s another option. Post-mastectomy tattoo and micro pigmentation. Micropigmentation is akin to permanent make-up, when pigments are injected just below the dermal skin surface. The needles and ink used in micropigmentation are more specialized than mainstream tattoos, but the process itself is similar.

Not having a nipple felt humiliating. So months later, it felt like kismet when I was put in touch with Cathi Locati, a trained fine artist who is now a “painter of people” based in the Seattle area. It was exciting to look at her “before” and “after” online patient photos, where I saw relieved smiles. Her company is called Final Mile because getting inked is the final way to restore the chest area for mastectomy patients.

Getting a nipple tattoo to replace a ‘real’ one doesn’t sound like it would look convincing, and a lot of time, it isn’t. On her site, Locati has images of amateurish, pepperoni-like tattoos as a comparison to the work she does, and the results aren’t impressive. But Locati’s work looks surprisingly realistic. As I considered hiring her, I also learned that nipple and areola tattoos are covered by insurance via the Women’s Health and Cancer Rights Act of 1998, so I would be reimbursed for most of the expense.

“I know firsthand that scars on the bodies of women after mastectomy can be damaging to the soul,” she said.

So  ready at last to “bring the sexy back!”, I sent Locati three cell phone pictures of me topless.

Over two sessions that are roughly two hours each, Locati blended and buzzed the skin on both breasts, bringing my missing areola and nipple back to life. While she worked, Locati played soft jazz music, and I lay on my back in a comfy animal print robe. As rain drizzled outside, I felt relaxed. I could feel myself transforming and healing as she used a needle to fix the discolored yellow skin where my nipple had once been.

During our session, she told me why she does this work. Earlier in her life, she, too, had survived breast cancer, leaving her with a breast reduction and scars that made her feel like a walking Frankenstein. “I know firsthand that scars on the bodies of women after mastectomy can be damaging to the soul,” she said. “What I love about my work is that I can see the sexiness and self-confidence return to my customers, minute by minute, as I work.”

And you know what? She was right. As she blended pigment on a palate, letting me pick which shades I liked best, I forgot for the first time since my diagnosis the sickness that once rocked my world.

You can feel whole again after breast cancer. You just need to explore your options.

As for the results? I’m really happy with them. Locati’s work tricks the eye . I still don’t have an actual nipple but from every angle, it looks like I do. Whoa. Since my left breast is about a half size fuller and rounder than the right one, she also did some contouring so that it’s hard to tell my breasts are mismatched anymore. She used pigmentation on both sides, so that the breast now look more like a matched set in key areas: the areola and nipples are aligned and seem to be the same size. Another whoa.

Today, thanks to Locati, I feel whole again. I no longer cringe in disgust when I’m soaping up in the shower, and I once again feel sexy with my partner enough to leave the lights on when we’re intimate. And I’ve come to learn that this “after breast cancer” success story is not one that gets told enough. You can feel whole again after breast cancer. You just need to explore your options, and not be afraid to think outside the box. 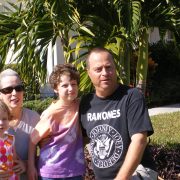 Can You Take A Vacation From Cancer?
Carolyn Comeau
Not Interested In Normality