Traveling The World With An Invisible Disability

Once a globe-trotting television producer before a mega-virus struck her down, Emma Martins isn't letting her brain injury get in the way of living her best life.
acute disseminated encephalomyelitisadembrain disorders 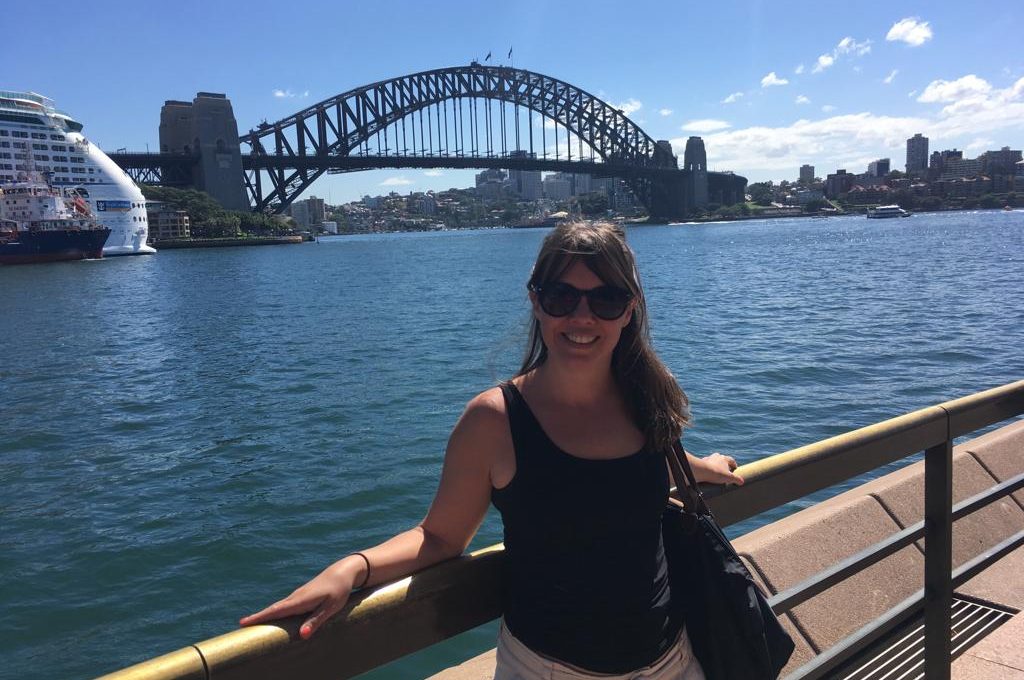 When TV producer Emma Martins was sent on location to travel around the United States and Asia for the Discovery Channel pop science show How Do They Do It?, she couldn’t believe her luck.

Then, while on break in Vietnam, she contracted a viral infection that nearly killed her: acute disseminated encephalomyelitis (ADEM), a sudden inflammation of the brain and spinal cord that can lead to mobility problems, blindness, seizure, and comas.

After her illness, Emma had to relearn how to walk. ADEM had also damaged her optical nerves, leaving her partially-sighted. Realizing it would be impossible to return to her career, and newly aware of the issues afflicting the chronically ill, she became a befriender: a volunteer who gives support and companionship to people in need. She also writes about her progress on her blog. 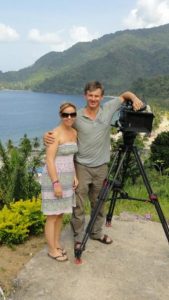 Emma Martins filming on location in Trinidad before ADEM.

Yet despite living with a brain injury, Emma still travels the world, hoping that her example inspires others living with brain injuries to follow their passions, even if it requires adaptation. How do they do it, indeed? We spoke to Emma to learn more.

Are you able to recall much of your hospital experience?

I can’t remember much, but I do remember the MRI scans, getting blood taken out of my veins (which they could never find), and the parties and take-outs in my room. I had lots of friends and family around me, which really helped to get me through it all. I’ve only just realized that my mom relocated from another town for about six months to be with me.

It was quite a scary time. ADEM is apparently a ‘mega-virus’ which usually affects children but it’s more dangerous for adults. It caused a failure of my autoimmune system, which ended up attacking itself. It was touch and go, we didn’t know if I would win, or the virus. The only solution was taking a lot of steroids, and waiting.

How did ADEM affect you neurologically?

I had to relearn everything.

My coordination, word recognition and eyesight were all affected. I had to relearn everything. Thankfully, I was always able to talk and express myself. I was transferred to a neurological hospital for rehabilitation and had to re-learn how to walk, cook, use money and even draw an exclamation point! I had to go back to square one with my yoga, swimming and running too.

After rehab, what sort of residual issues did ADEM leave you with?

When I was in hospital, I could hardly see at all. The fog has now lifted but I still can’t see on the right-hand side and I’m now registered as partially-sighted. My sight gets worse through anxiety – a very strange concept to me.

Beforehand, I don’t think I’d struggled with anxiety, but maybe my friends in TV would say otherwise. I now struggle with huge anxiety on a daily basis which I control using mindfulness techniques to calm my brain.

I can express myself very well, but it can be frustrating when people don’t realize I have a hidden disability.

I can express myself very well, but it can be frustrating when people don’t realize I have a hidden disability. I now have to be very outspoken about my fatigue levels, and when things are too much for me.

Being a TV producer is a very demanding role. Were you eventually able to transition back to work? 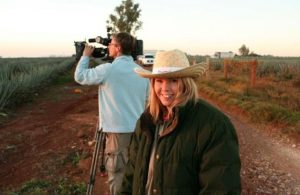 Emma Martins on location as a television producer in Campos de Agave, Mexico.l

Exactly a year after leaving rehab, my occupational therapist suggested volunteering to help me get back into the workplace. My first job as a volunteer was a befriender. I was then involved in outreach: visiting schools, job centers and charities to help to inspire people to volunteer, and won an award for exemplary contribution to voluntary services from the Mayor of London.

Since you’re unable to return to your previous role, you’ve adapted to using your media skills in new ways?

Yes, I’m volunteering for SweetTree, a home care service provider, training new support workers by giving them a real insight into what it’s like to live with a brain injury.

For the past year I’ve also been working on a podcast with celebrities who have experienced life-changing health situations. I feel like it’s helping me to stay in the industry and great to help my brain push forward into these new avenues. I’m hoping that by sharing my story and other people’s stories I can inspire others. I’m also hoping to start working on another film this year.

Did you resume traveling again? If so, what are the challenges? 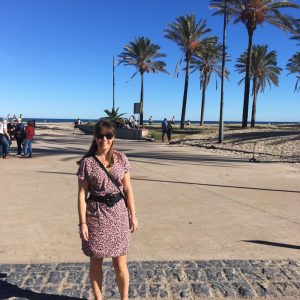 Emma Martins in Valencia after recovering from ADEM.

I’ve always loved travel – for work and for pleasure – and this hasn’t changed. My first trip (during recovery) was to the South of France. Luckily,  my Auntie has a caravan there where I could relax, do yoga and chill-out in the sunshine. Going to the local markets with my heightened sense of noises and smells was good practice.

Next was the ‘land of Abba’, Sweden. I was still quite sick, however didn’t want to miss out on my friend’s bachelorette party. My memory is better now, but at the time I struggled to even remember the way back to the hotel, and anxiety levels were high. Things like using the hotel keys and getting the right room were skills I hadn’t yet relearned. A lot of it is linked to confidence, and at that time I couldn’t rely on my memory.

What other issues have you overcome while traveling?

Getting on and off boats in the Philippines with my balance and eyesight issues was pretty tricky. I loved it there, but uneven surfaces and getting around from the place we were staying at was hard. There was no accommodation in the Phillippines for people who are partially-sighted, so I just had to get on with it!

There was no accommodation in the Phillippines for people who are partially-sighted, so I just had to get on with it!

From that point on, I learned to ask for help – and most people tend to be very kind. I’ve also been to Australia for a month and to Spain to try to salvage my recollection of the Spanish language – which luckily hasn’t been lost.

What plans do you have for the future?

No one knows what’s around the next corner, so nowadays I’m living in the moment, and taking all these opportunities to improve. On one hand,  I’m lucky to still be here and to be able to travel to these fantastic places, but on the other hand, I’m very, very unlucky due to what’s happened to me. I’m getting better all the time, but there is still a long road ahead. 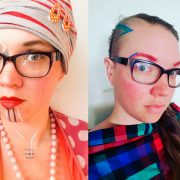 Ask Ada: Where’s My Chronic Illness Crystal Ball?
Don’t miss one more amazing story.
Every week, we’ll send a few of our favorite stories to inspire you.
Send this to a friend
Scroll to top