Traveling To Find A Place To Belong

Born with cerebral palsy, Turkish globetrotter Esin Merdan travels to find a country where her disability will truly be accepted.
cerebral palsy

Lying back on her hospital bed, Esin Merdan used to flick through the TV channels, dreaming of life in different countries.

It was both an escape from the boredom of hospital and a goal to aspire to. A decade later, the 22-year-old Turkish student has ticked off 12 countries… and she’s still far from being finished.

Traveling and living abroad can be a challenge for the strongest-willed millennial. In addition to the inevitable language barriers, there’s the sense of loneliness that comes from a long day exploring a city, driving yourself mad juggling currency conversions.

Merdan combats those, but she has a lot more to deal with too. Merdan has cerebral palsy, which makes it very difficult for her to walk. She relies on a crutch to get around, and will feel pain and discomfort when she is seated for too long… even on the flights that whisk her way to her next exciting destination.

“I get exhausted often so I have to rest for a long time when I get tired,” she says. “It has other drawbacks as well. I can’t sit still for too long or I start getting cramps. It was worse when I was a child: I had to have five surgeries to be able to walk.” 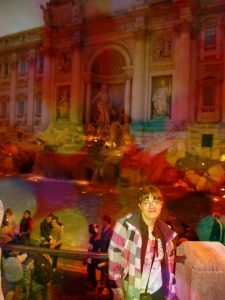 Esin Merdan’s first visit to Italy as a student launched her lifelong love of travel.

Disabled or not, it’s not uncommon for people who have never traveled to think it’s beyond them. That’s a feeling Merdan understands very well. But she feels that if she can do it, anyone can.

Currently living in Dortmund in Germany where she is on a university exchange program studying English language and literature, Merdan wants to show others there’s nothing stopping them from exploring the world.

The Ankara native posted a photo of herself to a closed travel group on Facebook and introduced herself, explaining her disability and fielding questions on how she travels 2000 likes and more than 100 comments later, it’s safe to say that others found her story inspiring.

“I shared my photos because I want people to be inspired by my journey. I want them to think if this girl can do this, then I can do this too. I want to motivate them to do better.”

It also inspired her to start up a blog to document her travels, encouraging others to leave the comforts of home to explore another part of the world.

While Turkey has always been her home, she has been able to go on youth exchanges to keep seeing the world. Moving to Germany in September 2016, for her year exchange will be the longest period she’s lived abroad.

Her first trip was to Italy when she was in high school. At 17, she came out top of her class in an English test, which won her a spot in a small group of students headed off to visit Rome and Palermo.

When she saw life outside of Turkey for the first time, she made a resolution to travel more. But she soon found out that the group of students she traveled with saw her as a burden.

“They felt like I was slowing them down,” she remembers. “At that moment I decided to live abroad. I would keep traveling and find a place where I could be accepted as myself. It became my desire and determination from then on.”

And to make sure she was accepted wherever she went, she started studying all the languages she could learning, including Italian, German, French, Japanese, and Russian.

When Merdan is looking into a new trip, one of the first thing she’ll research is if it’s disabled- friendly. Luckily, most European cities are, but because her disability requires special travel considerations, she usually visits each new place as part of a package tour, which she’s used to visit Rome, Prague, Riga, and–most recently–Disneyland Pari

It was her second visit to the romantic city, where she developed a taste for French cuisine especially salty and buttery dishes… hard to find in her native Turkey. As for Prague, she described it as a  “fairytale, I felt it was all like a dream. It is such a beautiful place it’s hard to put into words.”

However, it was Riga, the capital city of Latvia that gave a lasting impression: she was finally able to do some sightseeing by herself.

“I walked around and chatted with people and was able to see the beautiful things of the city by myself,” she remembers. “In all my previous travels,I was never alone: I was with a group. I wanted to see if I had what it takes to walk by myself and do things by myself and I saw that I could and felt so proud.”

Yet despite her valour and get-up-and-go attitude, traveling with this walking disability can leave her feeling blue.

I want to find a place where I am accepted by myself and without feeling like a burden to other people.

“One of the reasons I keep traveling is because I want to find a place where I am accepted by myself and without feeling like a burden to other people,” she says. “I don’t find it easy to go and talk to people. I find my disability to be a problem sometimes. I often meet with people that don’t really understand any of my struggles.” She will find she’s left behind on some walking tours as she can’t move as quickly as others.

She finds that every country she has been to has been a possible contender for a place she will find acceptance, she particularly enjoyed France and Italy.

Ultimately the place she wants to live “should be multicultural, people should tolerate each other regardless of religions, ethnic identities or health issues, or disabilities. Also it should have easy access to transportation. Living in Germany made me realize that I want to go to a place with great art and architecture, that is filled with sincere and friendly people. I think I would be really happy to live in such a setting.” 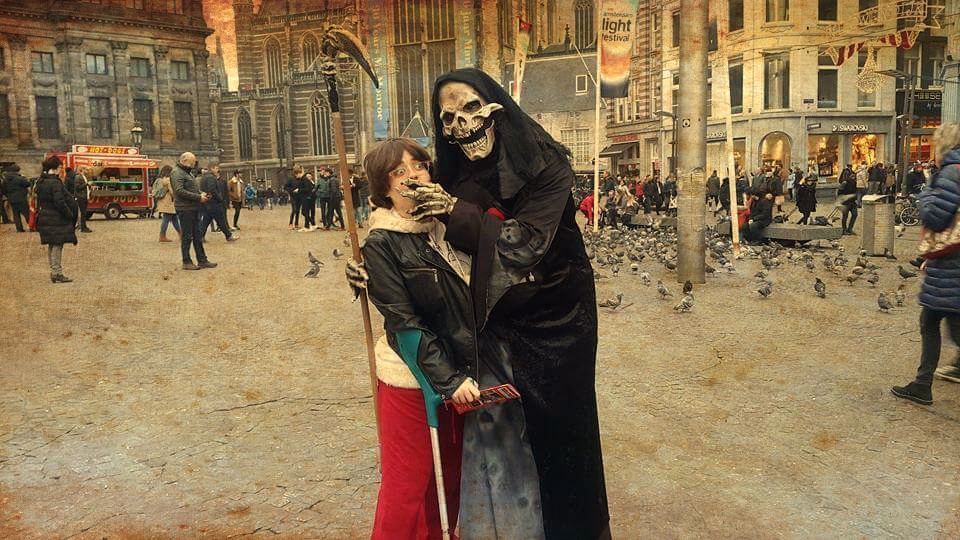 Not someone you want to meet on vacation.

While she still decides on where she might end up, Merdan has found acceptance in another, unexpected place: the international cosplay community,  who dress up as characters from films, books, or video games.

She will go to conventions with her friends all dressed up as different characters.

She likes the “cute” characters or ones that have similar personality traits to her own.

“I feel more confident and comfortable when I become a different character,  like I don’t have to worry about my disability or burdening other people. When we gather in cons, all of us are in different characters, leaving the usual sides behind is a refreshing change.”

The real world isn’t quite that accepting yet. Even so, Merdan keeps searching… and in the meantime, keeps traveling through worlds both real and fanciful to get there. Because one day, she knows she’ll get there. 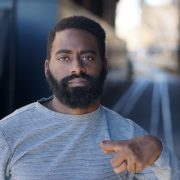 What Women Need To Know About Heart Disease
Don’t miss one more amazing story.
Every week, we’ll send a few of our favorite stories to inspire you.
Send this to a friend
Scroll to top