Severely burned as a young child, psychologist, speaker, blogger, and author Lise Deguire, uses her suffering to connect with others in pain.
burnsthird-degree burns 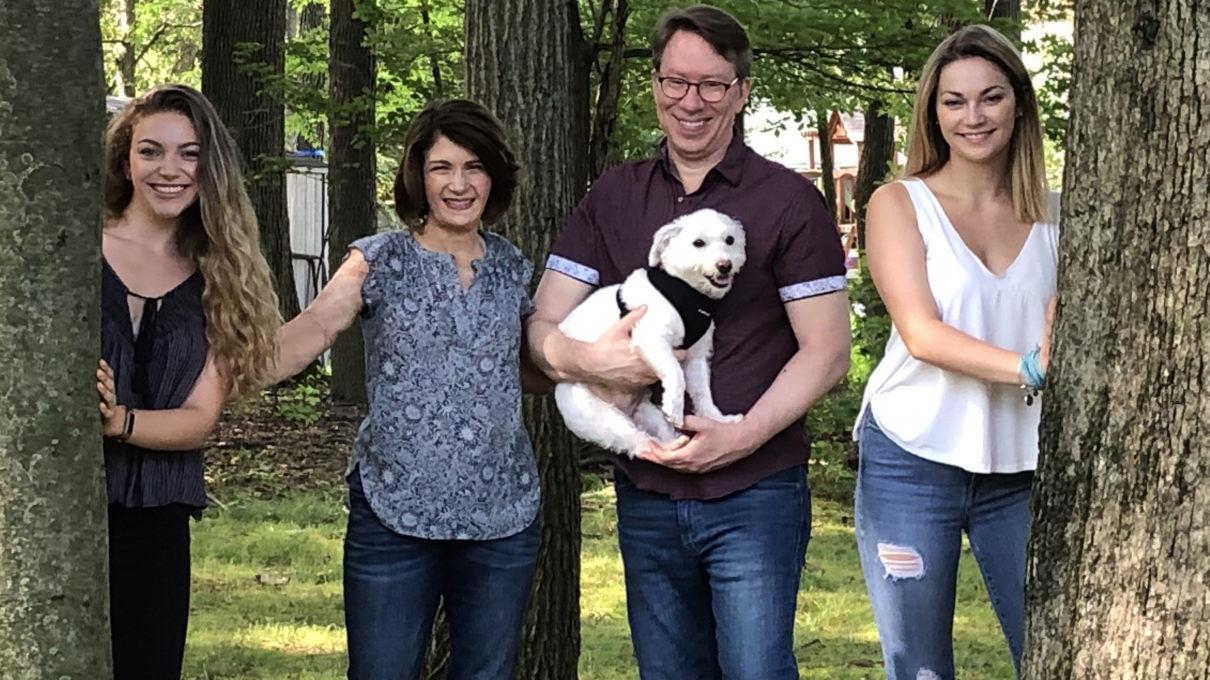 In 1967, when she was four years old, Lise Deguire was standing near her mother, who was spraying lighter fluid on hot coals, when both of them were engulfed in flames. Although her mother was also badly burned, Lise’s injuries were far worse. Enduring third-degree burns on 65% of her body, Lise’s neck, chin and lower lip were nearly annihilated: her face was fused to her chest and her upper arms to her sides.

On the fiftieth anniversary of the event, Deguire revisited a file her father put together for insurance purposes that included newspaper clippings, detailed notes and drawings he had sketched of the day’s events. That’s when she discovered that the lighter fluid was actually a household solvent. Her mother was partly to blame for what happened.

She realized to her astonishment that he was describing her injuries. She was “case number one.”

The discovery prompted Deguire to search the Internet for details about a civil case her father filed against the company that manufactured the solvent. She discovered that her family’s lawyer later testified in the 1971 Committee on Commerce Hearings that led to the creation of the Consumer Product Safety Commission.

As she read his testimony to congress, she realized to her astonishment that he was describing her injuries. She was “case number one.” Then she stumbled upon a photo that her lawyer had submitted of a badly burned four-year-old child. While Deguire’s eyes were obscured by a thick black bar, there was no mistaking that it was her.

“It was stunning,” she says. “I’ve had so much expert medical care that I think it’s hard for people to get how I started. I had bright purple scars, and my mouth was agape constantly.”

The Long Road to Recovery

After the accident, Deguire spent months in the hospital—one of many such stays over the years.

Swathed in the bandages, she felt safe and warm. She dared not think about what awaited her; twice a day, a nurse changed the bloody dressings that had dried onto her flesh. The whole process took nearly an hour, and Deguire screamed in pain the entire time. Afterward, she shook in agony as she listened to the howls of other kids going through the same thing.

“It’s impossible for people to understand the pain of that when you have no skin and just raw nerve endings,” she says, noting that the procedure would be done under twilight anesthesia today. “It was bizarre, horrifying and unimaginable.”

“It’s impossible for people to understand the pain of that when you have no skin and just raw nerve endings.”

While Deguire’s mother also received third-degree burns on more than a third of her body and recovered in another wing of the hospital, she rarely visited. Years of therapy helped Deguire come to terms with her mother’s aloofness. “She was also in pain and in her own recovery,” Deguire says.

To pass the time, Deguire counted the dots on the ceiling, sang along to showtunes playing on a portable suitcase-style record player—a gift from her father—and got into mischief with the other kids, who were also burn survivors. They raced down the hall in wheelchairs, stole popsicles from the kitchen, and played doctor. Intimately aware of their suffering, the nurses mostly turned a blind eye.

Skin with third degree burns doesn’t stretch, and Deguire required many painful grafts as she got older. The surgeon shaved off patches of healthy skin and sutured them atop the burned areas. Sometimes they became infected or failed altogether. Rectangular and oval-shaped patches, each with a raised border, still cover her arms, neck and chest.

She underwent many cosmetic procedures, too. Over the years, her surgeon added a chin implant, created a new lip and gradually improved the appearance of her scars. “Even though the actual burn care was horrific, I felt like he was looking out for me in a very tender way,” she says. Indeed, the two kept in touch for years before his death.

All told, Deguire estimates that she has had about 40 major operations, and she’s not done yet. Six years ago, she started receiving laser treatments to improve the appearance of her scars. The process is no picnic. The smell of an alcohol swab or a rubber gas mask still fills her with dread, and it usually takes the nurses several painful attempts before they can get an IV into her badly scarred arms.

The laser targets the deepest layer of the skin. When the wound heals, her skin grows back smoother, softer and more even. While not painful exactly, her skin feels itchy and hot as it regenerates.

“The discomfort is worth the results,” she says. “They’ve done my face, arms and chest, but they haven’t done my legs yet, and they can use help.”

Connecting With People Through Shared Trauma

When Deguire was young, some schoolmates bullied her about her appearance. Adults are not as overtly cruel, but she still notices the reaction in their faces when they realize the extent of her injuries. Some stare. Others quickly look away or struggle to manage their reaction.

“It’s hard to know that it’s my body that’s making people react that way,” she says.

Despite her injuries, Deguire is no victim. She’s happily married with two college-aged daughters. And she excelled in school, earning a Doctor of Psychology and starting her own practice. She believes her injuries help her to connect with her patients.

“When you see me, you know that I’ve suffered, even if I don’t talk about it,” she says. “I think in some ways that it’s a silent signal to [my patients] that I know what it’s like to be in pain.”

“When you see me, you know that I’ve suffered, even if I don’t talk about it,” she says. “I think in some ways that it’s a silent signal to them that I know what it’s like to be in pain. Something good is coming from this.”

In the same spirit, she regularly blogs about what her experiences have taught her, summarizing those lessons at the end of each post. And she recently completed her first memoir, Flashback Girl: Lessons on Resiliency from a Burn Survivor, which will be published in September.

Last year, Deguire spoke about resiliency at The Phoenix World Burn Congress, an event for burn survivors, family members, firefighters and burn care professionals. “The message is that resiliency is more common than we think it is, and it’s possible to get better at it,” she says.

It was a joyous occasion. The attendees shared stories, hugged, danced and competed in a talent contest. Held just two miles away from the so-called Magic Kingdom in Florida, Deguire describes the conference as her own personal Disney Land.

“It was liberating to be in a place where everyone was burned and we belonged together, because we shared that one thing that had always made me feel different and less-than,” she says. “The same scars that had made me feel socially isolated were now a source of connection and community.”

Meghan Beaudry
Do you know someone else who would enjoy this story?
When Options Are No Longer A Choice

The Boy Who Refused To Disappear
Don’t miss one more amazing story.
Every week, we’ll send a few of our favorite stories to inspire you.
Send this to a friend
Scroll to top