After his own isolated childhood, professional dancer Antoine Hunter works to share the gifts of deaf and hard of hearing dancers with the world.
deafdeafnesshard of hearing 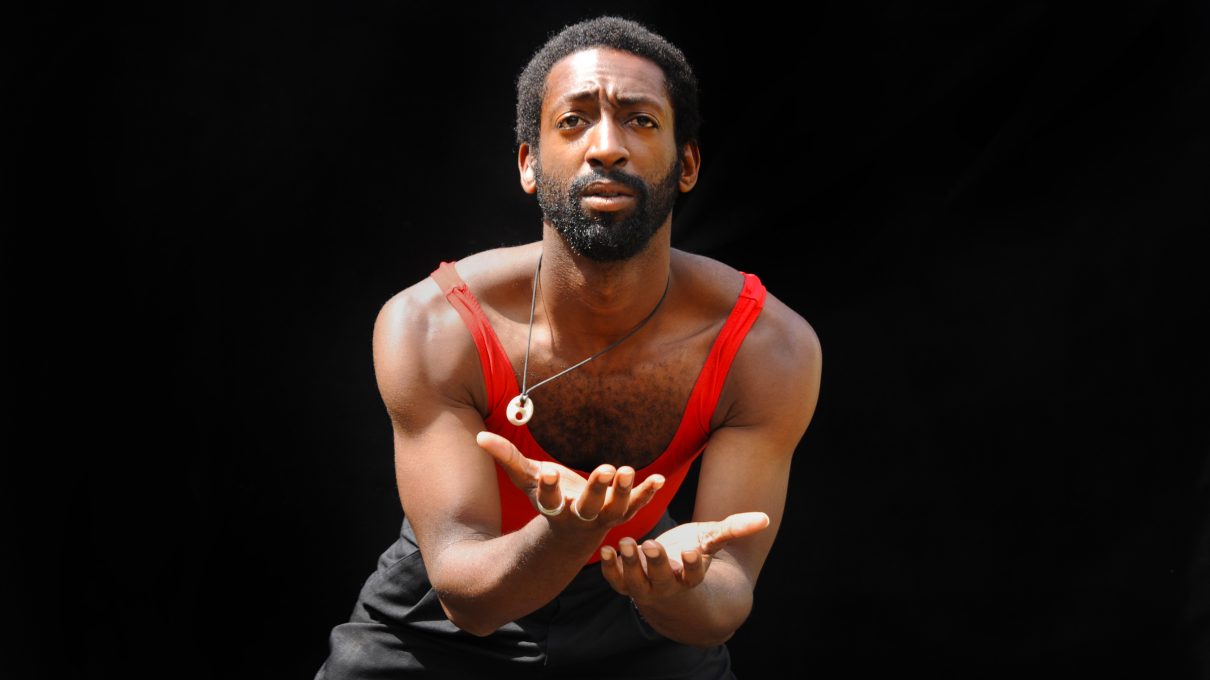 In his more than 15 years as a professional dancer, California artist Antoine Hunter has played many parts: performer, choreographer, director, poet, advocate. Although he is quick to emphasize the significance of family above all else (“nothing is of greater importance,” he says via email), he cites his roles as teacher and producer as his most professionally notable, both for their potential to pass on knowledge and to create opportunities, building bridges and providing platforms where they aren’t typically available to Deaf people like himself.

“I love to see the world come together,” he explains. “Being broken apart is really lonely.” Hunter understands loneliness all too well. 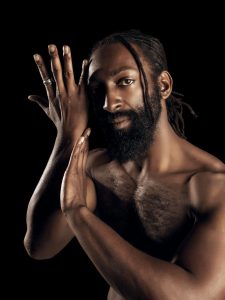 Hunter is the founder and artistic director of Urban Jazz Dance, a company of deaf and hard of hearing dancers based in San Francisco’s East Bay Area aimed at empowering underserved artists and communities. Under Hunter, Urban Jazz Dance produces the annual Bay Area International Dance Festival, a showcase for deaf and hard of hearing performers that grew in such popularity that he had to add “international” to its title to represent the numbers of artists from abroad interested in participating. Hunter has won numerous arts and advocacy awards; maintains what appears to be an exhausting schedule of local, national, and international teaching and touring; and has performed in venues as varied as the Kennedy Center, Disneyland, and the Oregon Shakespeare Festival.

Hunter does not equivocate about the deep loneliness he experienced growing up. By the time he was a teenager, a lifetime of social isolation and the struggle to be heard had driven Hunter to contemplate suicide.

“When you can’t express yourself, you lose your mind,” he says. “Dance saved my life and gave me the ability to communicate with other people.”

“Dance saved my life and gave me the ability to communicate with other people.”

Hunter had been fascinated by dance since even before his mother had taken him to a performance of the Oakland Ballet’s The Nutcracker at the age of eight. He marveled at the communication and interaction inherent in dance and determined to become a professional dancer despite the myriad voices telling him it would be impossible. Too poor to afford lessons, Hunter didn’t take his first dance classes until they were offered as part of his high school curriculum.

Dance’s salvation, however, was far from instantaneous. When Hunter’s teacher instructed his class to pair off for a group project, he found himself with no one to partner with. Alone, he poured his struggles and frustrations into a solo choreographed to Whitney Houston’s “I Will Always Love You.” When he finished the performance, his classmates responded, saying they could feel the pain and confinement he had sought to convey.

He had finally broken through. Through the movements of his body, Hunter had found his voice. 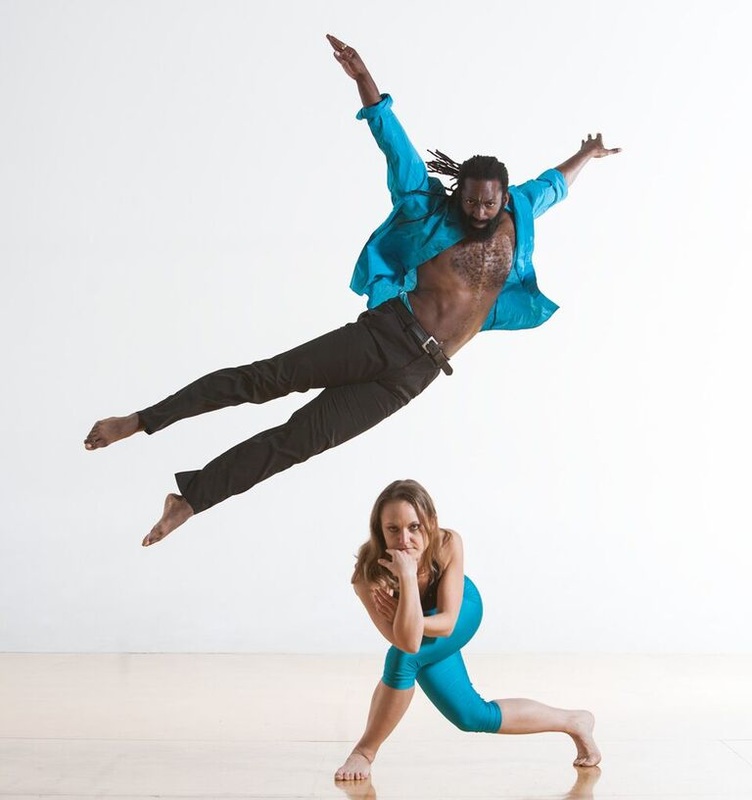 Hunter strives to create a space in which his students and colleagues can feel that kind of freedom, where they are able to express in their own ways and thrive as their best, most authentic selves.

“Some people say I’m like Professor Black Deaf Charles X, helping mutants understand about their powers,” he says. “Well, I’ll tell you this: you don’t need to be a mutant to understand your gifts.”

“You don’t need to be a mutant to understand your gifts.”

That’s not to say achieving success as a deaf dancer in a predominantly hearing industry is easy, however. Hunter estimates he’s had to work eight times harder than most to get to where he is.

Without the benefit of sound to synchronize movement, dance relies more heavily on visual cues, which can range from the conspicuous – like following one dancer’s lead or an offstage prompter – to the subtle, like the way a particular light trembles with the music’s vibrations. 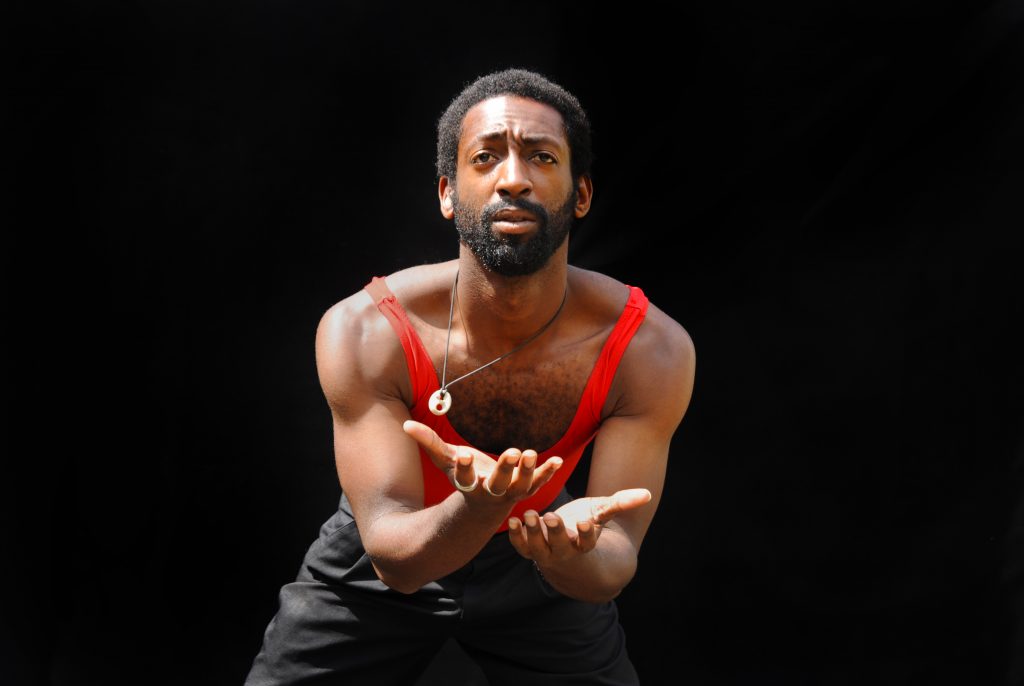 For a scored piece, Hunter spends many hours up close and personal with his speakers, memorizing a song’s rhythms and incorporating its structure into his body like a muscle memory. He says he spent most of his high school and college learning years waking up at 5 a.m. to rehearse for hours before classes began at 8.

“People would ask me how I warmed up so fast before class,” he says. “No one knew I was always there early in the morning.”

Without an American Sign Language (ASL) interpreter on hand, Hunter says learning can become like an exercise in “try[ing] to feel or read the mind of every teacher you have.” That difference in communication can create an unnecessary barrier to progress.

By conducting his classes in ASL and creating an inclusive, encouraging environment, Hunter raises the bar on what Deaf dancers can expect, not only of themselves but for themselves.

“Sometimes in the Deaf world, we who are Deaf … we don’t get to experience high expectations from others. Many have low expectations for Deaf people,” Hunter says. “So sometimes when I work with a dancer, they’re shocked how much attention they are getting from me and how much work they are doing. Some Deaf dancers are like, ‘My teacher would never encourage me to keep going when I felt like giving up, but you tell me, “Don’t stop,” and [that] I’m almost there. I can actually be Deaf while taking a class from a Deaf man.’”

Hunter notes that hearing dancers could also learn a thing or two from their Deaf colleagues’ methods. Dance is, after all, its own form of communication through signs, and when music is purely optional, a dancer must find their motivation in an internal message and melody rather than from the regimentation of an external metronome. 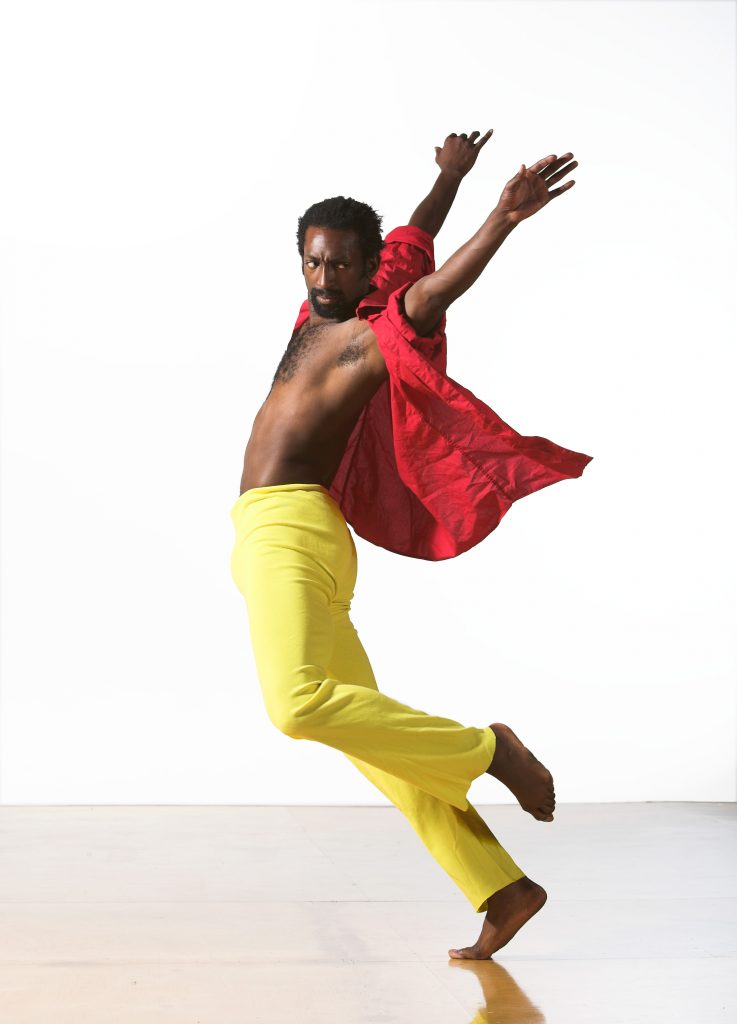 “Many hearing dancers take their hearing for granted when they dance. Sometimes they don’t really dance to the music or with the music; they dance without expression,” he says. “With deaf dancers, we try to be alert to everything around us and dance to every beat we feel. It’s hard not to be expressive, because with American Sign Language or Deaf culture, it means to communicate. And in dance we love to communicate.”

That drive to communicate underlies all of Hunter’s work. He teaches and performs a variety of styles, including ballet, jazz, African, and hip-hop, using his full body to express his message and often incorporating ASL into his choreography.

Perhaps the greatest message Hunter strives to convey to both deaf and hearing audiences, whether through his work or his conversation, is that Deaf culture represents not a disability but a difference: an identity and an intrinsic way of experiencing, negotiating, and interacting with the world.

Deaf culture represents not a disability but a difference… an intrinsic way of experiencing, negotiating, and interacting with the world.

“Being Deaf doesn’t mean you can’t do things and that you need to be fixed. I strongly believe that being Deaf is alive in me, and it is a gift. It’s in my roots. It gives me a reason to create,” he says. “When I see Deaf people from all over the world, I notice we do many things the same or in common as every [other] Deaf person. It’s like being black. We maybe have never seen African dance, but when the music comes on, we can’t help but shake our hips. It’s in our DNA. Being Deaf makes me powerful, and I know it’s my duty to use this power well to change the world into something a little more beautiful.” 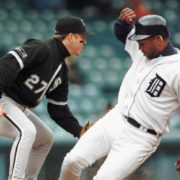 A Silent Field Of Dreams
Ray Cavanaugh
For The Chronically Ill, A Ringing Canyon Of Light

What Broadway’s Limelight Looks Like From A Wheelchair
Don’t miss one more amazing story.
Every week, we’ll send a few of our favorite stories to inspire you.
Send this to a friend
Scroll to top