Tying Together A Cancer Support Network In Rural America

When his mom died of stomach cancer, Matt Dexter formed the Christine B Foundation to make sure that no one affected by cancer ever felt alone, no matter how geographically isolated.
cancer 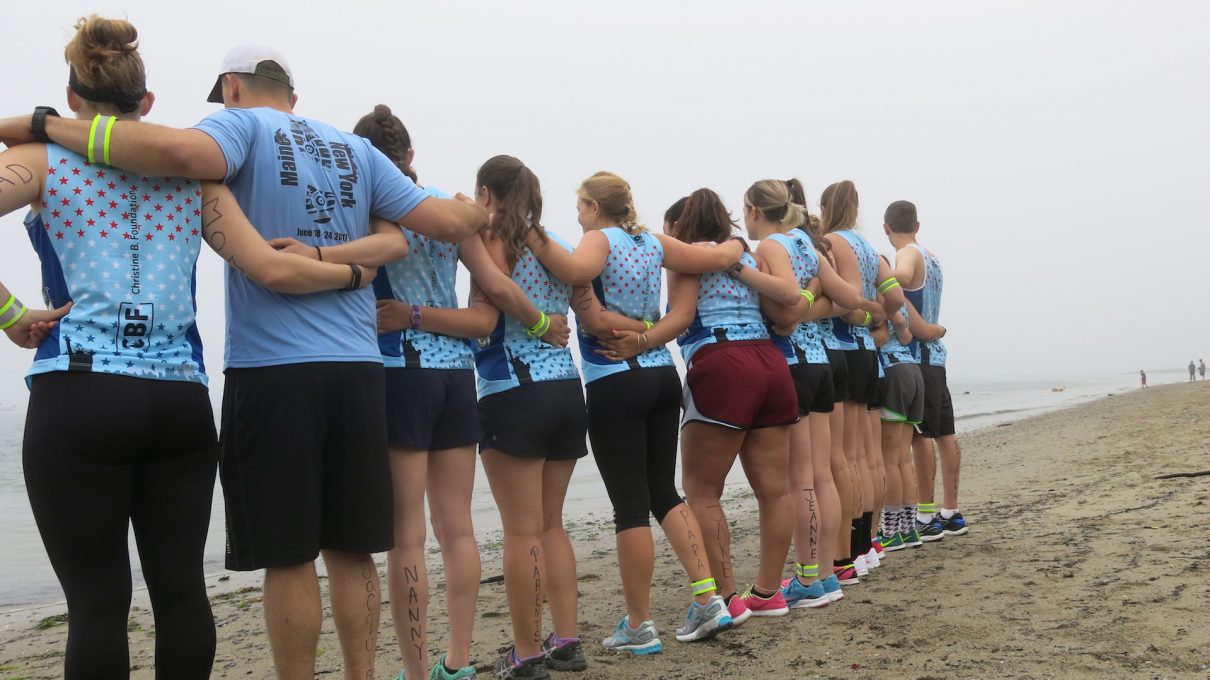 The fall of 2007 should have been one of the most exciting times of his life. Matt Dexter was 13 years old, starting eighth grade and excited about the prospect of high school the following year. His whole life was open in front of him.

But in October, after a series of misdiagnoses, his mother Christine was diagnosed with stomach cancer. When a dozen surgeries failed to remove the cancer from her stomach and intestines, Christine returned home and spent the last six months of her life on hospice. She passed away in April 2008 at 47 years old, eight months after her diagnosis.

It was a confusing time for Dexter and challenging time for the whole family. Dexter, his older sister, and father had to shuffle their schedules, lifestyle, and responsibilities to step into the role of caregiver for the woman who held the house and family together. 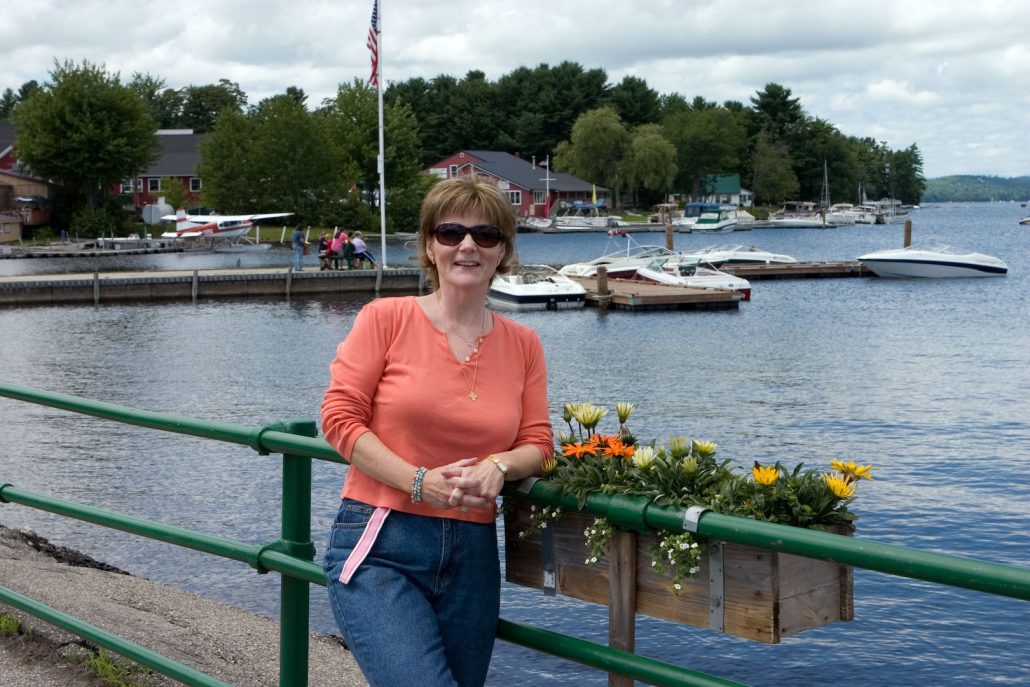 Christine Dexter’s death inspired her son, Matt, to find a cancer foundation in her honor.

“What really struck me was being a caregiver [to my mom] and having the person who gave me life lose her own life and there was nothing I could do. That time was a defining part of why I’m doing the work I‘m doing now,” says Dexter. “For me, as a caregiver, I wanted to try to understand the whole cancer experience. Having it be a struggle-free experience is really important.”

[H]aving the person who gave me life lose her own life… That time was a defining part of why I’m doing the work I‘m doing now.

In 2014, Dexter created the Eastern Trek for Cancer, a relay run to raise money to support the cancer community in eastern Maine and later established the Christine B. Foundation, in honor of his mom. Dexter spoke with Folks about how his mother inspired him to advocate for cancer patients and families, the importance of community, and his vision for creating a model for cancer care in rural communities.

This interview was edited and condensed for publication.

Tell us about your mom. What was she like?

My mom was the go-to mom in the neighborhood. She would always say yes to everyone and everything—hosting fun events, inviting kids over for movie night, working with schools and stepping in as a substitute teacher. My favorite story is that she was the crazy woman on the highway who gave the tollbooth workers candy to say thank you and put a smile on their faces. She was a social worker, helping families and children at-risk and, after having two children, became a full-time mom. She was very outgoing and treasured her relationships and friendships.

How did things change after your mom got sick?

It was this trifecta of madness at the time. I was entering high school in the fall, which in and of itself was a lot of stress. My sister was starting college, and my dad had to shift positions at work to be home more. All three of us had to adjust our lives, not only due to the natural transitions of life but to stay together and not totally fall apart as a family.

It was tough for my father and I to keep as strong of a relationship as I had with my mother. Especially with my mother’s misdiagnosis, I wasn’t fully aware of what her surgeries were or what a misdiagnosis really meant. At the time, I thought that you go to the doctor and they fixed it. I didn’t understand why she was not OK and why she now no longer with us. I blamed the doctors and I blamed my father. I had a lot of build up anger. I think it was hard for people to speak my language and break things down to help me in a way that I wanted to accept.

At the time, I thought that you go to the doctor and they fixed it. I didn’t understand why she was not OK and why is she now no longer with us.

After your mom was diagnosed and in treatment, was there a support network you could draw on?

We had a lot of grassroots support. My aunt—my mom’s sister—came up from the Cape and spent five or six weeks with us, which helped keep the household together. Many of our neighbors, whom my mom had supported in the past, came out to support my mom and our family. For example, for about five weeks, a neighbor always cooked and delivered a hot meal to us, Monday through Friday. It rotated around the neighborhood and it was the always the best food: an appetizer, main course, dessert, and different drinks.

Being 13 at the time, I didn’t really process the value of this support. But looking back, it certainly made a huge difference and helped me realized how far smaller initiatives can go to make a difference, what you can do with a lot of individual voices, and the impact one voice can have when you’re working together.

What’s the mission of the Christine B. Foundation?

Our mission is to build a community of support for those in eastern Maine affected by cancer. From the beginning, we knew that we wanted to support those facing cancer, both patients and families. We didn’t want to focus on research or treatment. We wanted to provide immediate support.

Our mission is to build a community of support for those in eastern Maine affected by cancer.

Eastern Trek brings together a team of 12-15 young adults for a seven-day, 300-mile relay run from Portland, Maine to New York City to raise money for the foundation. Why running?

The direction I took wasn’t the healthiest in terms of processing the loss of my mother at such a young age. Leaving my hometown and everything i was used to, moving 300 miles north, starting college—I used running as a way to stay grounded and really process where I wanted to go with my life. I love the way running helps people not only with their physical health but their mental health as well. It can be a tool to process certain stressors and a platform to build community and to raise money. We started with the Eastern Trek for Cancer in 2015.

The Foundation focuses its work on eastern Maine. Why?

I went to the University of Maine in Orono. I thought I would follow in my mom’s footsteps and go into social work. I was also very into the Maine culture. It was so different compared to where I grew up [outside Boston]. I did some volunteer work to get more involved with the Maine community, specifically eastern Maine and it hit me during my sophomore and junior years that I could do good here.

There’s such a need in eastern Maine to support those affected by cancer. As we started planning year two of the Eastern Trek for Cancer, we listened to people in the Maine community, specifically Penobscot County, and Downeast, near Bar Harbor.

I love the way running helps people not only with their physical health but their mental health as well. It can be a tool to process certain stressors and a platform to build community and to raise money.

Being a rural community, there are so many barriers and lack of support to help people utilize care. For example, people have to travel upwards of 100 to 120 miles round-trip just to receive treatment. There’s also a higher incidence rate here compared to other states and the average household income in Maine is relatively low. We felt like there was no other place in the country that needed support like here. That’s how we shifted gears and began thinking about how we could leverage the resources in the community to help the people of eastern Maine and also the people traveling to the area to receive treatment.

What are the Foundation’s programs?

We empower people and provide services to people. The empowerment component right now is through the Eastern Trek for Cancer. It’s more than just a 5K on a Sunday morning. We empower young adults to make a difference by becoming part of the cancer community, using running as a platform, and raising funds and awareness for our mission. We have two scholarship opportunities, a $2,000 scholarship and a $500 scholarship, for undergraduate students affected by cancer. We also host service events like a Cancer Survivor’s Day and hand out comfort bags to patients at different cancer centers. 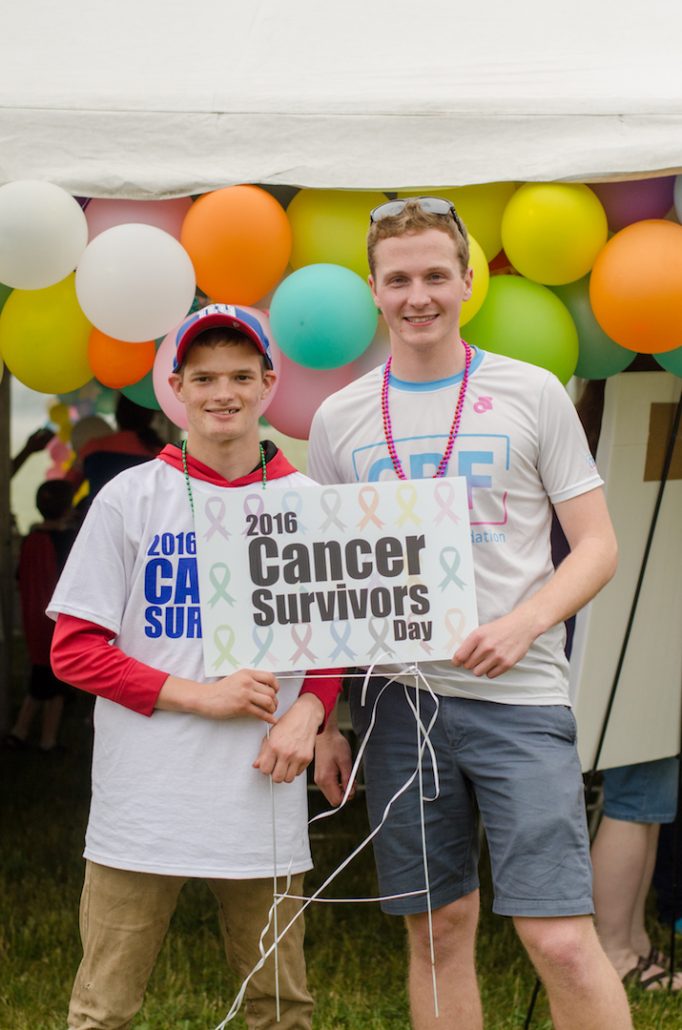 Matt Dexter at the Christine B Foundation Survivor’s Day.

Your vision is a struggle-free cancer experience. What does it look like?

I’ve definitely been in meetings and discussions where people say that’s a ridiculous vision. But we want to work ourselves out of a job. The struggle-free cancer experience is really about trying to reduce the burden that people face when they experience anything to do with cancer. We want to make sure it’s as easy and as simple as possible for people to navigate through the cancer journey and get the support they need—navigating the finances, understanding treatment options and what the doctors are saying, finding transportation and housing options. We also want to educate people to be proactive about their health and hopefully avoid a cancer diagnosis in the first place, whether that’s through diet or health or other wellness opportunities.

Do you think this would have changed your experience?

I don’t know. I think it’s hard to look back and see what would have worked and what didn’t work. Support depends on the community you live in—neighbors who can help, transportation options, and support services. I had dinners brought to me and I had supporters. I hope that through our work, other children who might happen to be entering high school and just lost a parent to cancer can navigate around all of the opportunities [and feel supported].

What’s your vision for the future?

We want to connect the cancer community as much as possible and create a community of support for anyone affected by cancer. We want to leverage all the other providers in the community to help them help more people, to support transportation assistance to make it as easy as possible for patients to utilize care, and to make housing options more readily available for those traveling to the area.

Hopefully, 10 years down the road, we can serve as a precedent for rural communities for building and investing in a community of support for their cancer community. We want to identify what works in eastern Maine and share our successes and collaborate as much as possible with other rural communities. 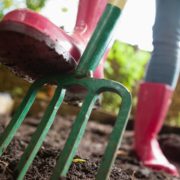 The Greatest Soccer Referee Ever Was Also The Baldest
Don’t miss one more amazing story.
Every week, we’ll send a few of our favorite stories to inspire you.
Send this to a friend
Scroll to top