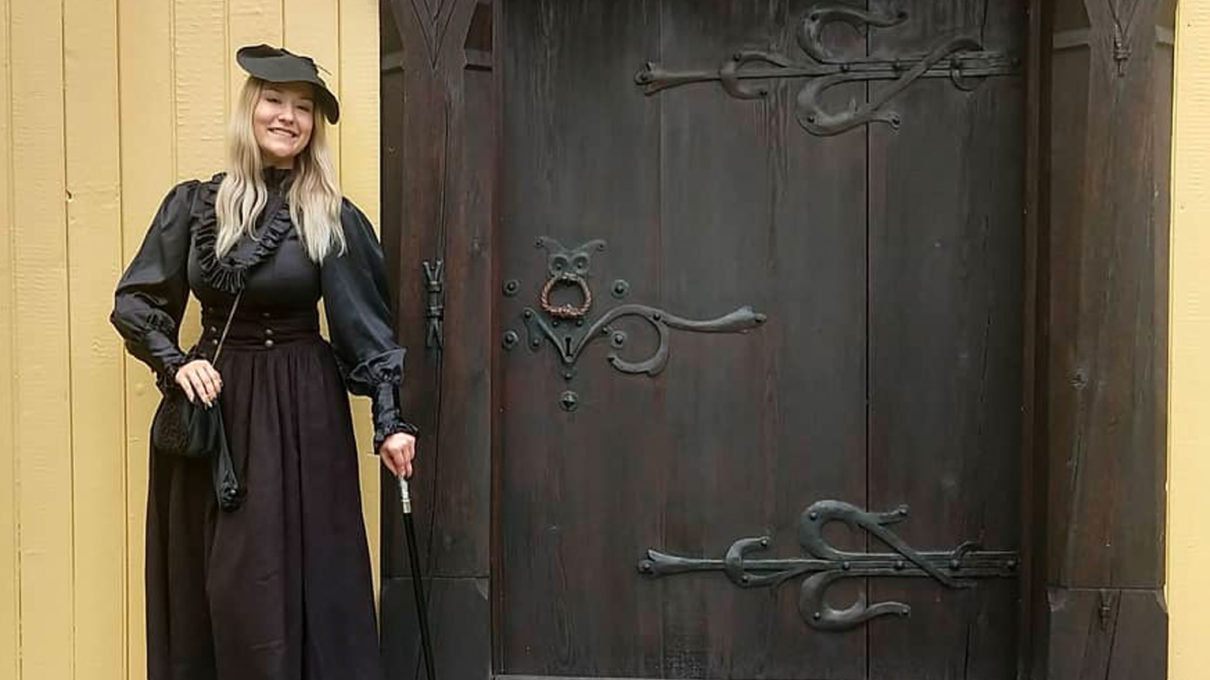 When Courtney Lane was five, a relative took her to visit a New Orleans cemetery. Tracing her fingers over the marble statues and tombs, the impressionable youngster fell in love with the gothic monuments and the weighty history they evoked.

Small children usually prefer playgrounds to monuments. But Lane wasn’t most children. So perhaps it’s not surprising that the little girl with a morbid streak and a knack for relocating her own dislocated joints grew up to immerse herself in the unearthly art of Victorian hair art: the literal creation of works of art—like wreaths, pictures, brooches, sculptures, and other objects—from locks of clipped hair.

Coming of age with the painful symptoms of Ehlers-Danlos Syndrome, a rare condition that can cause joint pain, joint hypermobility and fatigue, Lane was always acutely aware of her flawed physiology, reminding her that our time on Earth is fleeting.

“I was very inclined to think about and talk about our own mortality. It helped I had a family who did not shield me from that,” Lane says.

After her symptoms ruled out a career in dance, the Kansas City artist leaned into her love of history, and she began to research the ways people have memorialized their loved ones through the ages.

When she learned about Victorian hair art, her interest was piqued. After studying images of the intricate, gothic flowers, wreaths and artwork made out of hair, she tried her hand at the craft.

“I was just doing it to sate my own curiosity, I didn’t think I’d be good at making hair art; I can’t really style the hair on my own head, I don’t have the patience.”

But she discovered a knack for the forgotten art, although the learning process was trial and error.

“The resources on how to do [hair art] are few and far between; very old resources from the Victorian era. Even once you do find them, it’s in antiquated english, and difficult to follow.”

Lane’s journey took her into dusty tomes in libraries, and to niche corners of the internet for rare books on the art. Whenever she could, she’d study antique pieces of hair art. “Occasionally I find a hair wreath in a damaged frame, I’d be able to get in and see how it’s constructed to help fill in the gaps.”

There was also the challenge of sourcing the equipment to complete the intricate work. Without a readily available supply of goldbeater’s skin — the intestinal lining of an ox, a goldsmith’s tool used to secure hair — or a braiding table, she sometimes had to improvise.

And then there was the search for hair.

“When I started, it was a little bit of my own hair, then anybody’s hair I could find to get the practice in. I would go to hair salons and ask for hair. I promised I wouldn’t do anything weird or creepy with it; I’m trying to bring back this art form.”

I would go to hair salons and ask for hair. I promised I wouldn’t do anything weird or creepy with it; I’m trying to bring back this art form.”

When you know where to look, there’s a surprising amount of hair around, stashed in attics or in flea markets, Lane says.

“Back in the Victorian era, this was a common and popular art form, and people would sell their hair. You can still find boxes of antique hair at an estate sale or out the back of an antique store.  Sometimes, I’ll get a whole braid or ponytail, 150 years old. People will have boxes of hair; they just can’t fathom why anyone would want to buy it. ”

Lane keeps the antique hair for her own art pieces. However, most of the pieces she makes are commissions: 3D sculptures, intricate flowers, or shadow boxes. For these, she works closely with clients to create something entirely personal. The piece is often dictated by the amount of hair she has to work with: a tiny lock of hair could form a small picture beneath the glass of a locket or a ring. Longer hair can be braided to create a bracelet or a necklace.

During her career, Lane has memorialized pets, preserved a child’s first haircut, and paid homage to lost loved ones. Her clients come from many walks of life, and hearing their stories is a humbling and rewarding part of her work, she says.

“Sometimes I’ll hear someone’s whole life story. It’s a very fulfilling thing, it can help me to know the person I’m working with. The majority of clients that come to me enjoy sharing with me. When it’s getting into the grief and memorial side it can be a deeply heavy emotion. They find it to be a healing thing that I’m open to hearing the story.”

One of her most memorable commissions was from a woman who had lost her hair during a battle with cancer.

“Being historically minded, the Victorian era didn’t have chemotherapy patients losing their hair so it was a totally modern application of an old artform,” Lane says.

“This woman had tears in her eyes, she explained it was a very empowering thing that I was able to take her hair, and make a beautiful monument for her to keep. It helped her feel like [cancer] wasn’t a loss. She felt it was a transformation and that it was very much a parallel to her life.”

“This woman had tears in her eyes, she explained it was a very empowering thing that I was able to take her hair, and make a beautiful monument for her to keep. It helped her feel like [cancer] wasn’t a loss.”

The reaction from other quarters isn’t always positive, Lane says.

“Some people have this knee-jerk reaction to [hair art]; they think it’s inherently gross, disgusting or dirty. People can’t explain why they feel that way, it’s so out of the ordinary in our everyday lives, people find it disturbing.”

However, as Lane points out to naysayers, while keepsakes and artwork crafted from hair has gone out of fashion, keeping our lost locks is already ingrained in our culture.

“I’ll ask, did your parents save your first haircut? And they’ll say yes, and then they think, maybe we do have a culture of saving our hair and maybe it’s not as weird as we thought.

“Almost every parent I know has saved their baby’s first haircut, although they keep it in an envelope or between the pages of a book in a drawer. I can’t tell you how many people have said, I still have my ponytail sitting in my wardrobe and I thought I was weird. So many people do that, we just don’t have that same artistic use.”

Despite constantly complaining of pain as a child, Lane wasn’t diagnosed with Ehlers Danlos until her early 20s, when she tapped into online communities and connected her symptomatic dots.

“As long as I could talk, I would tell people I was in pain. My entire life I knew there was something wrong.

“As long as I could talk, I would tell people I was in pain. My entire life I knew there was something wrong. It wasn’t just dislocations, I would get infections and illnesses more often, respiratory issues, lots of fatigue, not just one thing. But nobody was looking at all symptoms as a whole.”

Today, her symptoms fluctuate. On bad days, when her dizziness or weak ankles play up she walks with a cane.

For Lane, her art and her condition are closely entwined. Growing up without the buffer of health and invincibility experienced by most of her peers shaped her, she says.

“Many healthy young people haven’t begun to understand their own mortality, or fleeting time on this earth. I do not have as much of a fear of death as some of my peers. It’s helped me grow as a person and as a mortal being.”

“I may be in pain, sick or injured, but one day it will be over,” she says. “I learned early on what I love about life, and what I need to get out of it. It has made me a better person overall.” 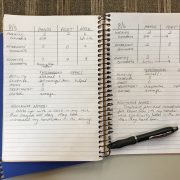 Ask Ada: Should You Disclose Your Disability On Your Tinder Profile?
Don’t miss one more amazing story.
Every week, we’ll send a few of our favorite stories to inspire you.
Send this to a friend
Scroll to top