In "On Being Ill", the feminist author asked an important question: why isn't illness one of the great themes of literature, alongside love and battle?
bipolar disorderdepressioninfluenza 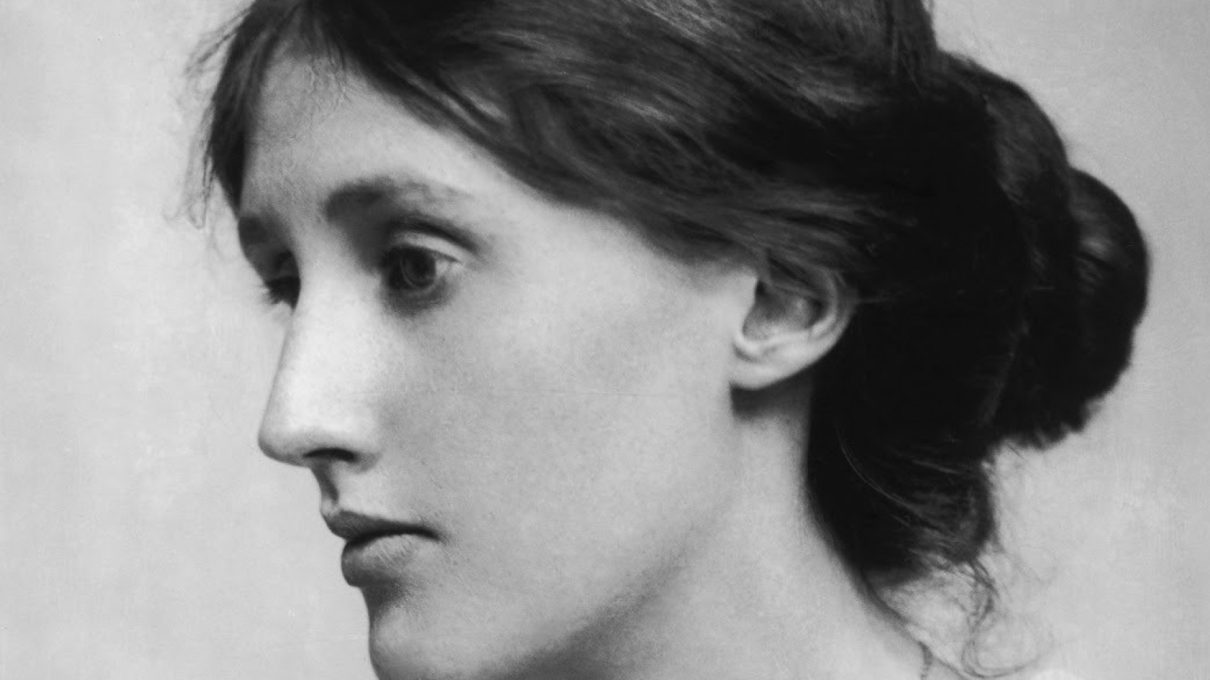 Virginia Woolf was no stranger to suffering from various ailments. The successful feminist novelist–best known for A Room Of One’s Own, the book-length essay in which she declared that women writers need a room of their own for serious scholarship and thought–long struggled with depression. So notable were Woolf’s struggles with what we now call bipolar disorder that several biographies, rather than focus on her brilliant modernist essays and innovative criticism, are almost solely devoted to dissecting her mental illness and its impact on her life and career.

This treatment, while perhaps frustrating, isn’t entirely unwarranted. Often, Woolf’s real-life experiences made it into her fiction. For example, in her popular novel, Mrs. Dalloway, she explores the psyche of a returning World War I soldier with post-traumatic stress, which leads to hallucinations and eventually a far more tragic fate.

But Woolf offered a more personal contribution to the public discourse about disease with her 1925 essay, “On Being Ill.” Commissioned by her friend, the writer and critic T. S. Eliot, for the British literary magazine The Criterion, Woolf wrote the piece shortly after suffering a nervous breakdown. Being ill was, at that time, no doubt top of mind. 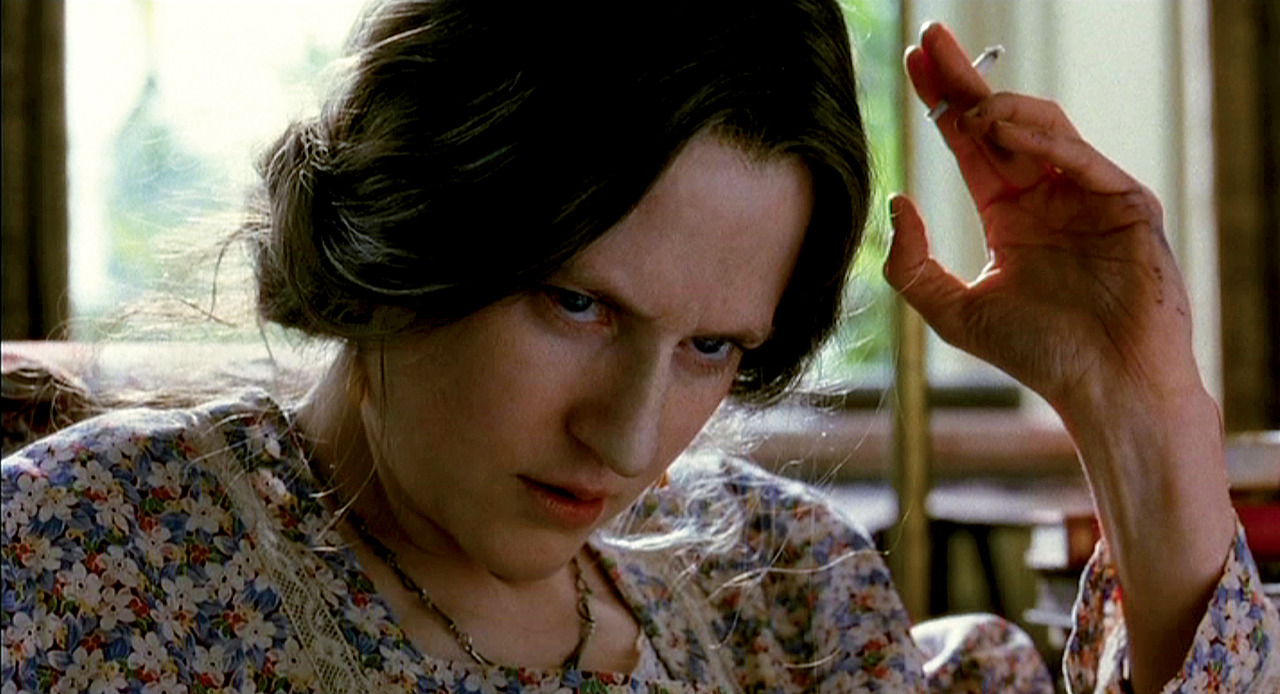 Adeline Virginia Stephen Woolf was born in England in 1882, a time and place that might’ve served her creative aspirations much differently were she not the daughter of a prominent writer and editor, Sir Leslie Stephen, and the model and philanthropist Julia Stephen. Woolf’s mother Julia died of influenza when Woolf was just 13–and Woolf’s beloved half-sister passed away within another few years–which lead to the first of her depressive episodes. She eventually married fellow writer and political theorist Leonard Woolf, with whom she enjoyed a reportedly happy marriage as she continued to manage her own health and bloomed into a renowned writer.

Written when she was about 42 years old, Woolf had considerable experience with illness when she penned “On Being Ill,” having been in and out of mental hospitals several times. Indeed, she wrote the essay while ill in bed.

In her lengthy piece, Woolf considers the place of illness in then-modern literature and culture. She begins the piece:

“Considering how common illness is, how tremendous the spiritual change that it brings, how astonishing, when the lights of health go down, the undiscovered countries that are then disclosed, what wastes and deserts of the soul a slight attack of influenza brings to light, what precipices and lawns sprinkled with bright flowers a little rise of temperature reveals, what ancient and obdurate oaks are uprooted in us in the act of sickness, how we go down into the pit of death and feel the waters of annihilation close above our heads and wake thinking to find ourselves in the presence of the angels and the harpers when we have a tooth out and come to the surface in the dentist’s arm chair and confuse his ‘Rinse the mouth—rinse the mouth’ with the greeting of the Deity stooping from the floor of Heaven to welcome us—when we think of this an infinitely more, as we are so frequently forced to think of it, it becomes strange indeed that illness has not taken its place with love, battle, and jealousy among the prime themes of literature.” 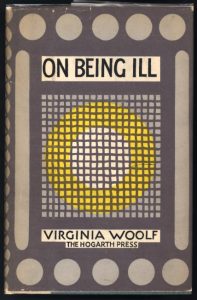 The cover to the Hogarth Press edition of “On Being Ill.”

Despite her history of mental illness, not everyone thought Woolf’s contribution to the illness dialogue was warranted, nor has “On Being Ill” garnered the popularity of her more well-known works. Writing about a reissue of the essay in the New York Times in 2002, Judith Shulevitz posits, “”On Being Ill” also begins with a silly question: why isn’t illness one of the great themes of literature, up there with love and battle? But by 1925, it was and had been for some time.”

While this is true, women’s voices speaking and writing about illness were hardly as widely and forcefully amplified as their male counterparts; Shulevitz mentions Proust, Chacuer, the Brontes and a Thomas Mann book published just one year before “On Being Ill.”

Shulevitz also dismissively writes, “Overstatement, though, is a trope of the ill, a sick person’s way of gesticulating toward a point, rather than actually making it.”

This sort of disdainful sentiment, still often the way writing about illness is read and perceived by the immune and well, is exactly why Woolf’s contribution on the subject matters so greatly.

A 2012 reissue of the essay, paired with a piece by Woolf’s mother and sometimes-caregiver Julia Stephen, shines further light on Woolf’s experience growing up ill, and how gaining attention and cultivating creativity despite of or perhaps because of bouts of illness played a key role from an early age. Mary Mann insightfully reviews the slim volume for the literary blog Bookslut, explaining that this particular edition includes a much more in-depth history of Stephen’s role in caring for Woolf as well as many others. Mann further notes, “An excellent read for both nurses and patients, this is also a book about mothers and daughters.”

It makes sense, then, that Woolf elaborated the isolation and loneliness of illness in “On Being Ill,” examining how the vulnerability and unknowable nature of disease and affliction can force a sort of child-like reversion in even the most hearty, headstrong adult:

“There is, let us confess it (and illness is the great confessional) a childish outspokenness in illness; things are said, truths blurted out, which the cautious respectability of health conceals. About sympathy for example; we can do without it. That illusion of a world so shaped that it echoes every groan, of human beings so tied together by common needs and fears that a twitch at one wrist jerks another, where however strange your experience other people have had it too, where however far you travel in your own mind someone has been there before you—is all an illusion. We do not know our own souls, let alone the souls of others. Human beings do not go hand in hand the whole stretch of the way. There is a virgin forest, tangled, pathless, in each; a snowfield where even the print of birds’ feet is unknown. Here we go alone, and like it better so. Always to have sympathy, always to be accompanied, always to be understood would be intolerable. But in health the genial pretence must be kept up and the effort renewed—to communicate, to civilise, to share, to cultivate the desert, educate the native, to work by day together and by night to sport. In illness this make-believe ceases.”

Sometimes, especially when voices have been historically excluded, any volume–meaning both more by measure or tone–offsets an otherwise lopsided, lacking canon. Woolf’s efforts to change that still echo nearly a century later, and still find a home among readers seeking historical perspective on living with a prolonged, mis- or undiagnosed condition. 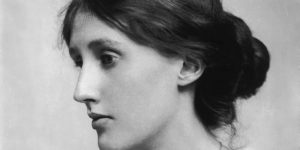 Woolf as a young woman.

Eliot published “On Being Ill” in The Criterion in 1926, and a revised version was republished the same year in Forum magazine under the alternate name, “Illness: An Unexploited Mine.” Soon, more of Woolf’s more lighthearted works followed, including the novels Orlando and The Waves. And in 1929, she wrote her most well-known piece of nonfiction, A Room of One’s Own, a phrase that’s spawned bookstores bearing the name, as well as an entire subset of literary scholarship dedicated to understanding Woolf’s writings and a cottage industry of vaguely feminist tchotchkes and t-shirts.

Woolf eventually succumbed to the depression that had long clouded her life and influenced her work, taking her own life in 1941. Because she turned suffering into more than just fiction, Woolf’s literary legacy has often (and rightly) overshadowed her personal struggles. In “On Being Ill,” she notes:

Novels, one would have thought, would have been devoted to influenza; epic
poems to typhoid; odes to pneumonia, lyrics to toothache. But no; with a few exceptions—[Thomas] De Quincey attempted something of the sort in The Opium Eater; there must be a volume or two about disease scattered through the pages of Proust—literature does its best to maintain that its concern is with the mind; that the body is a sheet of plain glass through which the soul looks straight and clear, and, save for one or two passions such as desire and greed, is null, negligible and non-existent.

Woolf may not been the only writer leading the charge to change society’s perception of illness, but her part should be recognized and respected for its place in an evolving, evocative canon of writing on health, illness and everything in between.

You can read the full text of “On Being Ill” here. 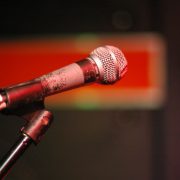 An Unbreakable Silver Thread, Woven Through Everything
Don’t miss one more amazing story.
Every week, we’ll send a few of our favorite stories to inspire you.
Send this to a friend
Scroll to top