Virtuoso Of The Serrated Blade

After a dance career was ended in a car accident, Natalia “Saw Lady” Paruz threw her passion into an unconventional instrument.
chronic pain 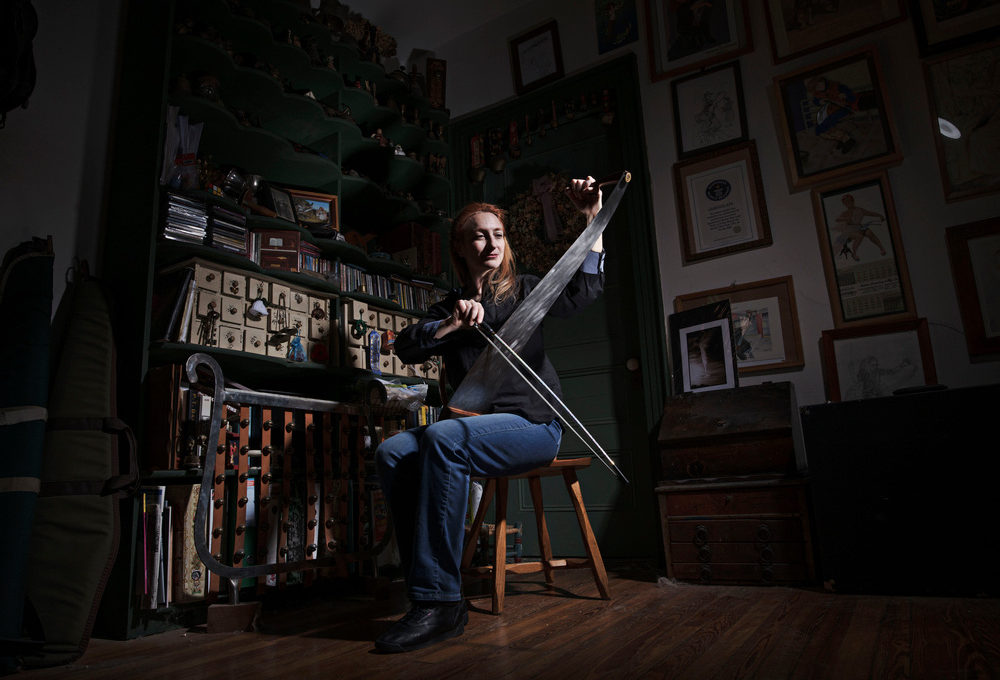 When you live in an apartment building, you get to know your neighbors’ domestic habits. The blaring of a television, the odd argument or the sounds of cooking can become a familiar backdrop to your everyday life.

But the other-worldly sounds that drifted through the walls of Natalia “Saw Lady” Paruz’s New York City apartment as she honed her musical skills on the saw were something quite new, and her neighbors pricked up their ears.

“It was just a hobby,” Paruz says. But then her neighbor knocked on her door. She’d heard Paruz practicing, she told her. And she asked her if she’d play at a local community center.

“They’d had their equipment stolen and didn’t have money to invite performers to entertain senior citizen groups. I felt bad: how could I say no?”

The group loved Paruz’s 45-minute repertoire, and word spread. “My phone was ringing constantly with invitations to perform, and I realized, this is maybe actually a career.”

Putting Down Her Dance Shoes

A career in musical saw playing was a far cry from Paruz’s early dreams of a career in dance.

“I was hooked on dancing: slept, ate, lived dancing. But that came to a – literally – screeching halt when I was hit by a car,” she remembers.

This was two decades ago, when Paruz was 20. Returning from a performance at Manhattan’s Lincoln Center, the dancer was planning her evening ahead when she stepped out onto a crossing on the “walk” signal.

“A taxicab came flying around the corner, it didn’t stop; it didn’t slow down,” she remembers.

Paruz was rushed to hospital, where doctors told her she’d suffered an injury to her upper spine. Although she spent just one night in the hospital, the effects of that day have lasted a lifetime.

Despite enduring multiple of therapies, the damage was permanent. “I lost mobility of my neck; I can’t turn my head or tip it back. I could walk, I could even run, but I couldn’t dance.”

The realization was a blow. “Dancing was all I planned for myself. I did not know what to do with myself.”

Picking Up The Musical Saw

Lost, she drifted through a series of professions, but nothing excited her the way dance had.

To cheer their daughter up, Paruz’s parents took her to Austria.

“My favorite movie at the time was The Sound of Music, I’d watched it 14 times. We went to see the places where it was filmed; they thought it would cheer me up,” she says.

But it was in Innesbruck, at a touristy music show, that she saw something that really piqued her interest: a man playing the saw.

“It was the first time I’d encountered the art form. It was a life changing moment: for the very first time since the accident, I felt excited about something which was not dance.”

“It was a life changing moment: for the very first time since the accident, I felt excited about something which was not dance.”

Eagerly, Paruz collared the saw player after the show. “I asked if I could schedule a lesson, and he said no. I offered to pay him, he said no. He told me to go home, pick up a regular saw used for woodwork, imitate what I remembered him doing, and figure it out.”

Later, Paruz realized the musician had done her a favor. “He wasn’t being mean to me,” she says. “The old-time tradition of this particular art form is that you teach yourself. You see somebody else performing then you go and try out. If you succeed it means you’re meant to be a saw player, if you fail, don’t even bother, it’s not for you.”

Back home, she borrowed an old saw and got to work.

How To Play The Saw

With a childhood spent watching her concert pianist mother perform in music venues across Europe, music was part of Paruz’s childhood, and she’d learned the recorder, guitar and the piano. But the saw was new territory.

To coax the shivery, ethereal sound out of their instrument, the player draws a cello or violin bow along the tool’s edge, bending the saw to alter the pitch. By adding wobbles or shaking their leg, performers can add a vibrato sound.

But her own rusty instrument yielded just six notes, and Paruz realized that the rust was hampering her progress. At the hardware store, she auditioned potential instruments.

“I was making noise, checking the saws by banging on them, and the owner of the store came to aisle and was furious. ‘Who’s whistling in my store?’” she remembers. “I said I’m sorry, I’m just trying out the saws, he looked at me like I was a Martian who had landed on earth.”

The new saw yielded a wider range of notes, and Paruz began practicing in earnest, quickly growing in skill—and catching the ear of her neighbor.

A Musician On The Cutting Edge

The community center gigs springboarded Paruz into a career. She’s filled large venues like Madison Square Gardens, and her playing has featured on film soundtracks and albums. You might also spot her on the New York Subway, a regular gig she credits with kickstarting her film career.

“It’s as if you’re in one huge audition, you never know who might be walking by. I got a lot of invitations to perform from that.”

Knowing little about her craft meant she has forged her own path in the field.

“I didn’t know that traditionally you only play ballads, slow things where you can slide slowly from note to note,” Paruz says. “I wanted to play fast stuff, and I invented my own blade-snapping technique to go quickly from one note to the other.”

“I felt like I had planned a life for myself as a dancer and someone from above was shaking their head at me, and saying no, no: you’re wrong!”

While the musical saw is still niche, Interest is growing in the art form, she says. In 2009, she organized an ensemble of 53 musical saw players, to play a four-hour concert in New York. The event put Paruz into the Guinness Book of records, and shone a light on the unusual instrument.

Despite the international fame, and the glamor that comes with playing large venues, Paruz still has a soft spot for subway shows.

“I recommend it to every musician. It’s a completely different experience than playing onstage where you’re up in lights, the audience is down in the dark, you don’t see them. The audience comes with a frame of mind to sit quietly and clap politely.

“When you’re busking the audience is right with you, they come and talk to you, you see the transformation on their faces, there is such an exchange of energy between the performer and the audience. They’re hurrying on their way to jobs or whatever.

“If people clap their hands for you in a concert hall, that’s nice. But if they clap for you on the street it means you’re really good.”

Paruz’s back pain has never gone away.

“It feels like a hand gripping my upper spine, it’s always there. Some days it’s worse and some days it’s not as bad,” she says. “I’m kind of used to it so I can ignore it most of the time. If I busk for three hours I don’t really feel it, but when I stop that’s when I feel it.”

However, she has few regrets. 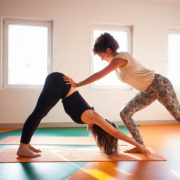 For Trans Cancer Patients, A Zine To Be Seen
Don’t miss one more amazing story.
Every week, we’ll send a few of our favorite stories to inspire you.
Send this to a friend
Scroll to top