Walking To The End Of The World

Hiking 600 miles with chronic fatigue syndrome taught me new things about my relationship with illness. So did the pilgrims I met along the way.
cancerChronic Fatigue Syndrome 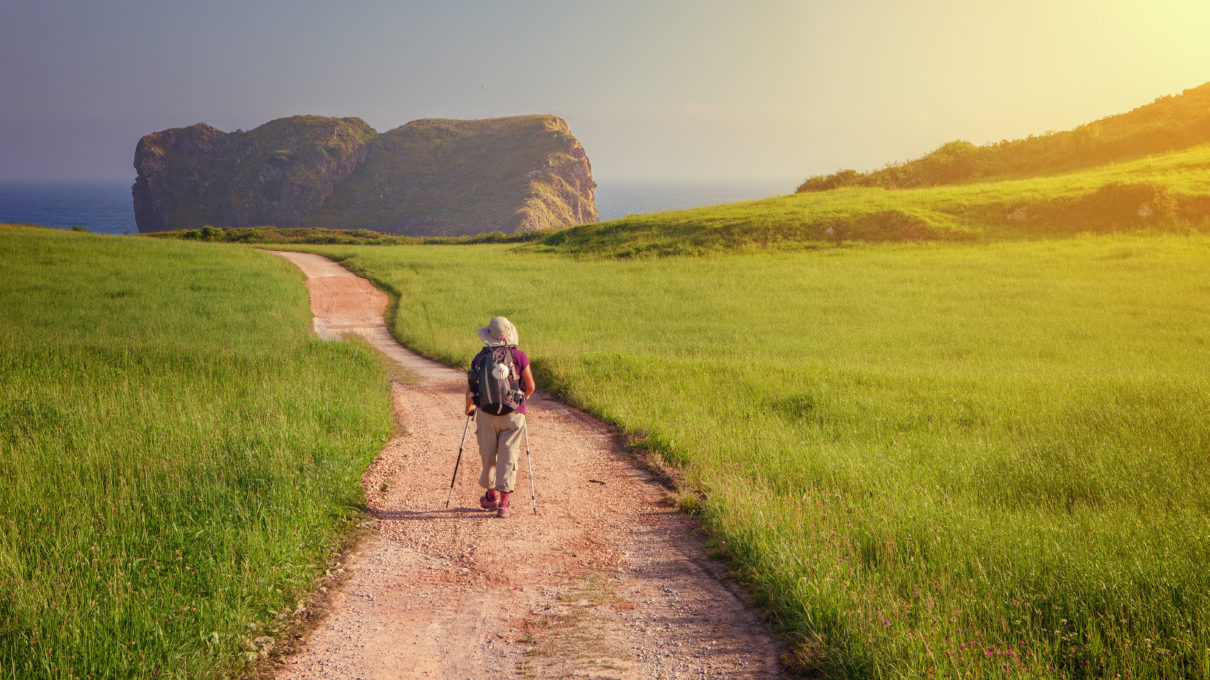 I’m sitting in a grassy ditch by the side of a wide dirt trail. Oak trees sprawl along the side of the path providing shade to the passing hikers. Their walking sticks clang a cacophony that sends birds and insects fluttering out of trees.

In just three days, I’ll reach Santiago de Compostela, the sight of the grand cathedral and the final stop on my month-long pilgrimage.

As the significance of this accomplishment washes over me, I feel like I want to cry tears of joy – or is that just the pain in my feet?

You’re allowed to quit anytime I tell myself as I gasp for air at the Spanish border atop the Pyrenees mountains, wondering if I had made a horrible mistake. You can always turn back, get a bus, I say as the mountains turn into rolling vineyards.

Walking almost 600 miles over the course of 30 days may not seem like a sane decision to most people. It may seem especially insane to anyone who’s lived with an illness like chronic fatigue syndrome, like me. Unpredictable days, low energy levels, the need for good sleep. All things people with illnesses need to manage, and all hard to come by when walking up to 30 miles every day.

Yet, between a relationship that ended dramatically and managing my illness into a new career and a new city, I knew I wasn’t taking care of myself the way I needed to. I was drawn to the meditative nature of hiking. But, because of my chronic fatigue syndrome, I never thought I’d be able to do a hike like this. I still wasn’t sure.

Because of my chronic fatigue syndrome, I never thought I’d be able to do a hike like this. I still wasn’t sure.

Should I stay or should I go?

Every evening as I put down my pack for the day, I ask myself this question.

Every morning I wake up and walk on.

Sick of the question and the mental energy it’s taking, I decide to make a decision. The rolling green hills have turned flat. I’m on the Meseta: a 140 mile mid-section of the Camino. Many pilgrims choose to bypass this section of the trail, so I wouldn’t need to feel like a failure if I decided to take the bus instead.

The rain in Spain stays mainly in the plain. I think as I walk past the town of San Anton, where most pilgrims are bunking for the night, and find myself at the ruins of a medieval monastery.

There are a handful of beds inside a restored part of the building and no electricity or running water.

I hand wash my clothes in cold water and sit on a rock in the middle of the cracked walls flipping through my guidebook. There’s a bus stop at the next town over. Tomorrow, I could be off the trail.

As the sun sinks in the sky, highlighting the stone walls in shades of pink and purple, the other pilgrims invite me to sit with them. I find out that the two women, who look in their mid- 50’s, are from Australia and the man, in his 70’s, is from Seattle.

“I had lung cancer a couple of years ago, thought I was going to die,” he tells me. “Figured I could do worse than hike the trail.”

Like me, he had almost turned back on the first day, but had met the two Australian women who helped him over the mountain. They had been walking together ever since.

“I had to train for months before coming here, walking 5, then 10, then 15 miles a day,” he says. “Seattle is pretty flat, so I had to make sure I was in good enough shape. I’ve only got one lung left. I had to be smart about my training.”

“I’ve only got one lung left. I had to be smart about my training.”

As the hosteleros place paella in front of us, they join in on the conversation.

“We’ve only been out here a couple weeks, flew in from California,” the woman The woman tells us.

“My sister died of cancer at only 47 last year,” her father says. “It made us realize we couldn’t put off the things we wanted to do. No one knows how much time we have left.” Her father says.

After dinner, they bring out a candle and some beads for us to make crafts with. I’m reminded of being at summer camp. Except everyone’s feet hurt.

I gather beads, giddy like a child and think about our conversation. For the man with lung cancer, for the family dealing with their grief, this trail was so much more than just a hike. It was their way of saying they were going to live fully in their lives—despite the grief, the loss, the illness: they were here.

As I threaded pink, blue, and purple beads onto my bracelet I realised that it was different for me, too. There was a reason I woke up and kept walking every morning despite the fatigue and the pain.

“Buscando” my bracelet said, “I am searching.”

By the next morning, I had made my decision. I was going to Santiago.

Walking to the end of the world

The last 60 miles of the trail is tough. The terrain is hilly and the trail is crowded because many people only come to walk this section of it – the road to Santiago. Earlier in my trek, I would have felt annoyed at having all of the people around, but now, I enjoy the sense of community, knowing that everyone has a special reason for walking.

As I limp into Santiago and see the towering cathedral, get my pilgrim’s certificate, and treat myself to a hotel for a night, all I can do is feel grateful for my body carrying me this far and for the people I met along the way.

[This hike] was their way of saying they were going to live fully in their lives—despite the grief, the loss, the illness: they were here.

After a night in Santiago, I find myself packing my bag and hitting the trail again, taking the 60-mile extension to Finisterre – the end of the world. There is a special pilgrim tradition for those who make it to Finisterre. On the rocky cliff overlooking the Atlantic Ocean where the ancient hispanics thought the world came to an end, hikers burn something they want to leave behind. For some, it’s their shoes or a sweaty item of clothing. For others it’s a note or something more sentimental. I spend my entire day walking along the sandy beach into Finisterre thinking of what I want to leave behind.

When sunset approaches, I walk out to the cliffs with the other pilgrims. As we start a fire, gazing out into the endless horizon, I toss my note into the flames – “the me that wasn’t me anymore”. 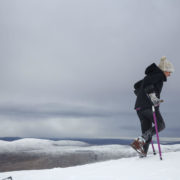 What You Think Is Your Greatest Weakness Is Really Your Superpower
Don’t miss one more amazing story.
Every week, we’ll send a few of our favorite stories to inspire you.
Send this to a friend
Scroll to top