After coming home from Iraq, U.S. Marine Andy Manzi helped treat his PTSD through surfing. Now he's bringing the gift of the ocean to other traumatized vets.
anxietydepressionptsd 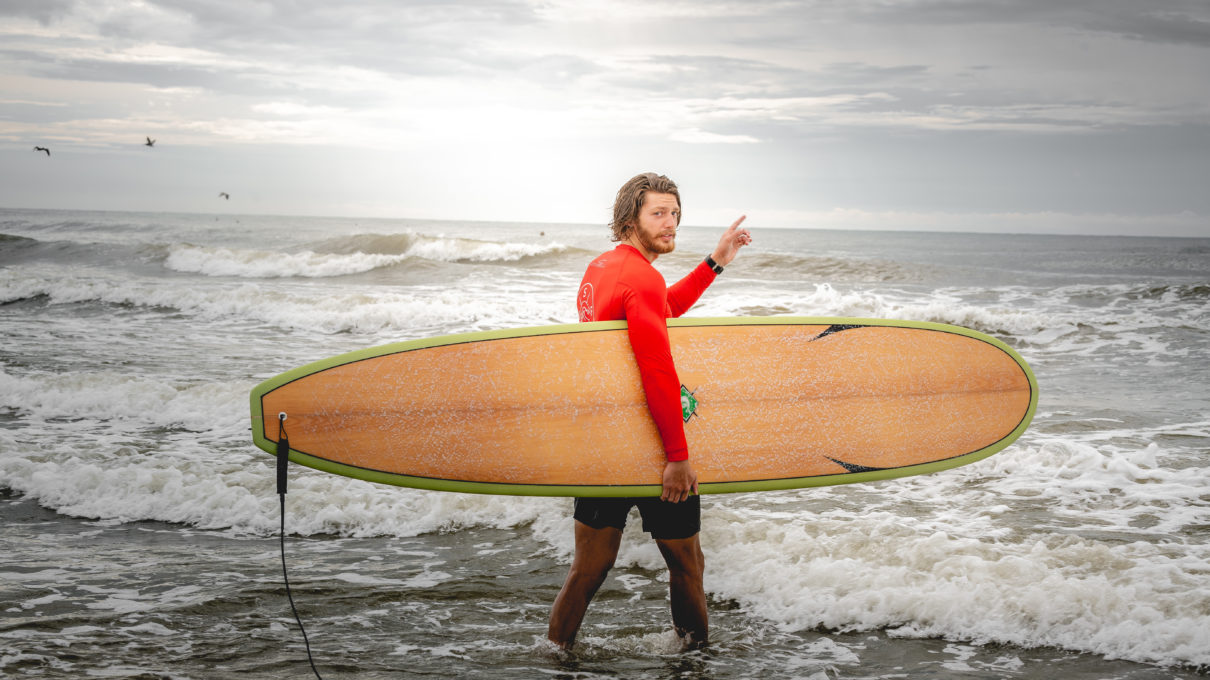 The waves at Folly Beach, SC are foamy and cold this time of year: glassy grey-green swells as much as six feet high against a morning blue sky with a waning moon still visible behind. The participants in the Warrior Surf Foundation (WSF)’s 12-week program lay facing those waves atop their surfboards on the sand, mimicking paddle movements as the temperate, humid air surrounds them. Some of them sigh feeling a little silly, others eye the waves warily, unsure how the ocean and they will get along.

Surfing can become a lifestyle, yes, but at its heart, is a solitary act that bring human and ocean into sync, if just for a few seconds. The thrill can be exhilarating — ask any surfer to recount the first time she stood up on a wave, and she probably can — but it can be frustrating as well, requiring finessed motor skills, the right weather conditions, and the right frame of mind.

The beach is something WSF founder Andy Manzi dreamed about as the sands of Iraq filled his combat boots, eroded the lenses on his goggles, and made his meals gritty during his four-year tour of active duty in the U.S. Marines. But when he returned home in 2007, he had trouble sleeping and adjusting to the pace of civilian life. Then he remembered his ocean dreams in the desert and began to learn to surf. “It’s the reason I’m still breathing and live a decent life,” he explains about how the ocean helped him recover from the mental health issues associated with the post-combat life.

He began to accumulate small surfing wins, learning how to breathe in the water and how to work with the waves. Most importantly, he learned he couldn’t control everything out there, “which is a pretty good correlation to life.” In 2014, he met another veteran on the beach and pushed him to get out on the waves too. More vets followed, and soon there was a community, a group.

“The military makes us lethal, but we need community building to heal, and we as members and an organization, just keep showing up to do this thing,” Manzi says. “It’s very intimate out there, you and the water, but we look at positive reinforcement, at surfing as a catalyst.”

The community element is one key to the program’s success,which holds several 12-week programs and 5-day travel camps throughout the year. Veterans who register for this program participate in surf, wellness, and yoga each week. Upon graduation, they are encouraged to stay active as alumni through community surf sessions and weekly yoga classes. WSF has four full-time staff members (including a licensed social worker and a licensed mental health counselor), eight part-time workers, and 150 volunteers to implement their programs. In addition, the organization consults with a licensed psychologist from The Citadel, a college located in nearby Charleston, S.C.

“The community part of WSF is really hard to put into words,” says Jeremy Miller, another USMC vet who participated in a WSF program in 2018 and now serves as a wellness and volunteer coordinator for the organization. “When you’re serving [in the military], you’re part of a unit, and you know everyone’s life story, day in and day out. Then I say it’s like a video game character. Afterwards, you’re just picked up and dropped all by yourself,” he says. “A lot of that is lost on the general society, that feeling of isolation, but WSF provides a sense of belonging again. You have similar life experiences, and you hold each other accountable, like in the military. You’re providing positive support.”

Holly Hillman can personally attest to the  therapeutic success and community she found through WSF. After six years in the Navy, she found herself suffering from anxiety and bouts of depression. Even though she had never seen combat, the WSF welcomed her.

Since then, Hillman has thrived. She says she has not only gotten better at surfing, but has more patience, graciousness, and kindness for others. She’s also rekindled a relationship with her sister and become a better communicator, all which she credits to her relationship with the ocean, her yoga mat, and her fellow surfers.

“There is a mountain to climb inside of you, and just because you’re not fighting [in combat], doesn’t mean it’s over.”

“It is the community collectively working together to better ourselves, which is the key. The mindset I had before was so focused on blame, and now I joke that I’m a Warrior Surf cheerleader,” Hillman says.

That sort of transformation is something that Manzi has seen countless times over in WSF. While the vet stresses that surf therapy isn’t for everyone, the combo of individual striving and community building is powerful, especially for people recovering from trauma and pain. For him and his fellow veterans: “There is a mountain to climb inside of you, and just because you’re not fighting [in combat], doesn’t mean it’s over.” There’s always another wave to catch. 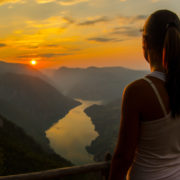 Star Mom
Don’t miss one more amazing story.
Every week, we’ll send a few of our favorite stories to inspire you.
Send this to a friend
Scroll to top